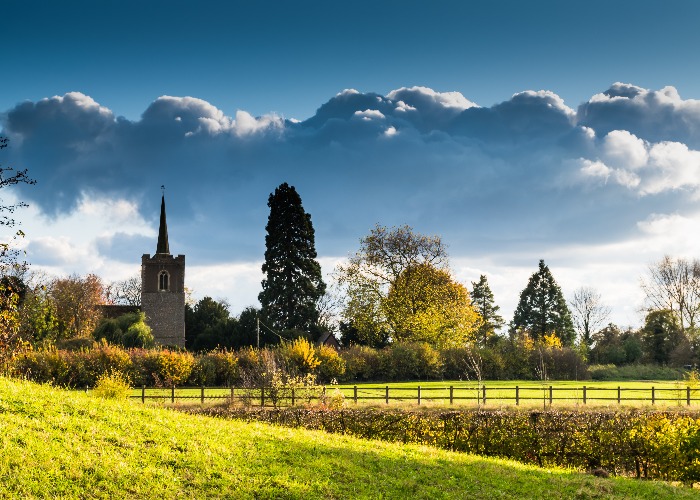 All sorts of factors go into calculating the top place to live, from average house prices and local salaries to the number of pubs!

East Hertfordshire has been crowned the best place to live in the UK in the latest quality of life survey from Halifax.

Each year the report ranks the local authorities across England, Scotland and Wales based on 26 different factors, from local employment rate and average wage to average hours of sunshine per week and general happiness rating from local residents.

Halifax noted that residents in the area feel particularly fit, with almost everyone (97%) reporting good or fairly good health, while East Hertfordshire also boasts significant average wages, with the 12th highest of any authority covered by the study.

On top of that, figures from the Office for National Statistics place residents among the most happy and content in the UK, with high life expectancies, while schools in the area also rack up impressive exam results.

Need pension advice? Speak to a professional at Profile

The 10 best places to live

Here’s how the top 10 lines up according to the Halifax study:

It’s notable that the list is dominated  by local authorities in the East and South East of England, with only Seby and Hambleton featuring from outside of those two regions.

Besides Selby and Hambleton, the only other places in the North of England to crack the top 50 are Ryedale (11th) and York (48th). All four are found in Yorkshire and Humberside.

Halifax noted that all of the top three ‒ East Hertfordshire, Fareham and Hart ‒ scored particularly well on factors related to wellbeing.

Hart and Fareham also score really strongly for both life satisfaction at an average of 8.2 out of ten, compared to 7.8 for the nation at large.

And they also boast significantly higher employment levels ‒ while the country as a whole has a score of 75%, this jumps to 82.2% in Fareham and 87.2% in Hart.

Of course, when it comes to working out where you want to live, different factors will be more important to different people ‒ if you have no kids, you probably aren’t that fussed about the typical classroom sizes, for example.

So here’s a selection of results from the survey, highlighting which local authority came top, and how they compare to the national average.