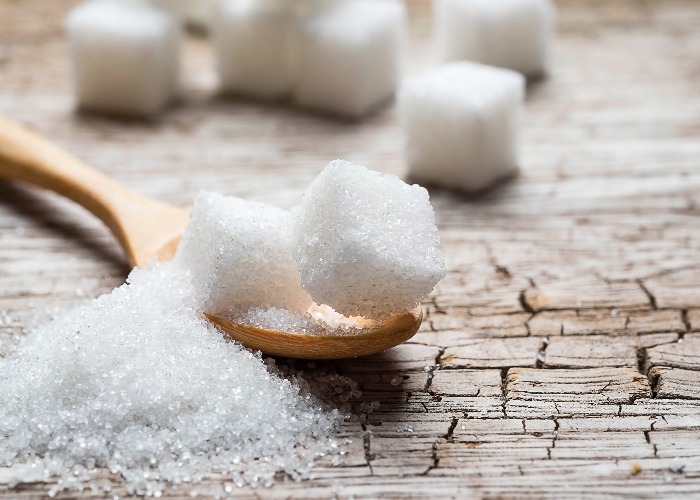 It's Sugar Awareness Week, so we spoke to Katharine Jenner, campaign director at Action on Sugar, to see whether the sugar tax is working and how it can be improved.

We all know that eating too much sugar can cause problems. While sugary products are often packed with calories, they rarely leave you feeling satisfied.

Overconsumption of sugar-packed products is strongly linked to obesity, which can increase the chances of getting Type 2 diabetes, heart disease, tooth decay, and some cancers.

These alarming health issues triggered by overindulging on sugar is why the UK Government decided to introduce the Soft Drinks Industry Levy (SDIL) nearly two years ago.

The SDIL, more commonly known as the sugar tax, incentivises companies to put less sugar in their soft drink products or face paying a levy.

So, the sugar tax should help us consume less sugar when we indulge in a soft drink – possibly without noticing the difference.

Companies have to pay the following rates under the SDIL:

While we can opt to have less sugar in our tea or say no to a second piece of birthday cake, we often consume a lot of sugar without even realising it.

“It's the hidden added sugars in ready-made foods and drinks which are the real problem.”

The sugar tax has been in place since April 2018 and was part of a bigger initiative by the Government to reduce sugar in all food and drink products that contribute to children’s sugar intakes by at least 20% by 2020.

So, has it worked?

The average sugar content of drinks that would have been subjected to the SDIL fell by 28.8% between 2015 and 2018 (measured in sales weighted average grams per 100ml), according to Public Health England.

A report released by the government department shows there was only a 2.9% reduction in average sugar content across retail and manufacturer branded products between 2015 and 2018.

This data suggests the sugar tax has been effective in pushing firms to reformulate soft drink products – but companies not impacted by the tax have not been cutting sugar levels in their products to the same extent.

Unfortunately, there isn’t any data available that shows the overall average sugar content of all food and drink products since the introduction of the sugar tax in April 2018.

And while many companies have released lower sugar versions of their products, shoppers aren't always incentivised to make these healthier choices, as we discuss later on.

Thankfully, shoppers haven’t seen prices skyrocket as a result of the sugar tax.

“Increases in the price of soft drinks due to the levy have been minimal, so the levy is predominantly paid for by soft drinks manufacturers,” says Jenner.

“Fiscal measures are a tool best used to influence manufacturers to reduce sugar and calories gradually and not to pass the cost to the consumer.”

The additional money that comes from taxing drinks that do exceed the acceptable amounts of sugar will be used to encourage children to get more active.

It'll be put towards improving sport in schools and breakfast clubs, which will hopefully encourage children to get their recommended 60 minutes of daily exercise.

Most kids aren’t moving as much as they should be. Only 18% of children between the ages of five and 16 take part in at least an hour of physical activity every day, according to a report by Public Health England.

The UK isn’t the first country to introduce a tax on unhealthy food products, and countries that have already introduced a sugar tax are paving the way in cutting down how much sugar people consume.

Hungary’s sugar tax has also been a big success, as it prompted 40% of manufacturers to reduce or eliminate sugar to avoid the tax.

Following the introduction of the sugar tax, there has also been a surge in the number of lower sugar products popping up in UK supermarkets.

We had a quick look at some of the products with less sugar currently available and compared them with products containing the standard amount of sugar.

*Prices correct at time of writing.

Of the items that we looked at, none of the lower sugar alternatives were cheaper than the full sugar original versions, while the baked beans and cooking sauces cost the same price.

For four of the six items listed, it was cheaper to buy the product with more sugar in.

While this is by no means an extensive examination of all products, it offers a snapshot into the lack of incentives for shoppers to buy the lower sugar versions of products.

So, what can we learn from this?

Action on Sugar says that the best way forward is to continue to tax sugary products.

“Based on extensive evidence from around the world, extending the tax to other products would result in more products being reformulated and less sugar and calories being consumed – thus reducing levels of obesity and other related diseases,” says Jenner.

While the SDIL has successfully encouraged firms to cut the amount of sugar in soft drinks, the tax needs to be applied to more products if the Government wants to cut the sugar content of processed products by 20%.

“The implementation of SDIL has demonstrated that when properly motivated, the food industry can be encouraged to reformulate products to reduce sugar and provide healthier options to consumers,” says Jenner.

“It is imperative that the UK Government continue to lead in this area by including milk-based drinks within the SDIL framework and explore opportunities to extend the levy to calorie-dense processed foods that meet an agreed criterion set by the government.”

The charity believes manufacturers need to look at all aspects of their products, not just sugar, to help combat the nation’s health issues.

“Fat is a bigger contributor to calories in the diet than sugar, for example, and therefore it is essential that manufacturers are encouraged to reduce both in order to tackle the UK’s unhealthy eating habits and excessive calorie intake,” comments Jenner.

“The SDIL has shown that you can act in the interest of both your customers and your shareholders.

“Soft drinks are the fourth fastest-growing FMCG category (Grocer), yet our sugar consumption has gone down.

“Industry should take heart from this and not fight the necessary and inevitable change that is coming.”

What do you think? Should the sugar tax be extended to cover other sugary products? Let us know your opinion in the comments below.