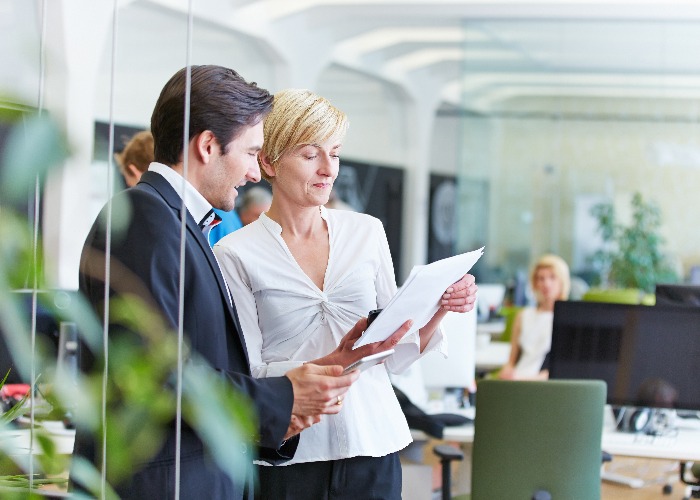 What are the UK's best jobs? New data looks at the employers that pay the largest average salaries.

If money is your big driver when it comes to selecting a career, then finding the right employer is crucial.

After all, different businesses will have different salary structures in place, so you could land a bumper pay rise by switching boss, even if you do the same job on a day-to-day basis.

The employer review platform Glassdoor has released its latest breakdown of the employers paying the highest average salaries in the UK. And it’s interesting to see just how well tech and finance firms perform, dominating the list.

Top spot is taken by financial firm Citadel, which offers employees an average base salary of a whopping £121,759.

Here’s how the top 20 businesses perform, the salaries on offer, and the industry in which they work:

It’s worth reflecting on just how impressive some of these salaries are. Among the top 10 on the list, employees enjoy an average salary of a mammoth £93,000.

To put that into context, that places them within the top 4% of workers in the UK.

The best-paying jobs according to ONS

Of course, the Glassdoor studies will only cover data they've been able to compile from their own clients.

If you want a more comprehensive look at the jobs market, we should look at data from the Office for National Statistics.

Here are the 10 jobs delivering the biggest annual salaries according to the ONS, as well as what you might expect to earn in the post over a year.

Honestly, it’s not the most helpful description from the ONS, but as the table makes clear, being in a directorial spot ‒ almost irrespective of what industry the business operates in ‒ means you have a decent chance of enjoying a cracking salary.

Of course, we can’t all enjoy the beefy salaries of medical practitioners and legal professionals.

Indeed, as the ONS data reveals, there are plenty of jobs with a significantly smaller annual salary.

Here are the jobs that pay the least:

Perhaps it’s not hugely surprising that so many leisure and hospitality roles in this role, after the struggles of the last couple of years.

However, it should alarm us all that educational helpers feature on the list.

Teachers fulfil an incredibly important role and have very active unions that argue the case for them to get a decent wage.

But they can’t do their job without the help of educational support assistants, who don’t benefit from the wages, job security or union support of teachers. It is a worry that so many people that our schools rely on are getting such paltry sums.

Of course, enjoying your job is about more than just the size of the salary on offer. Some jobs manage to not only deliver a fair wage, but also some serious satisfaction.

A separate study from Glassdoor earlier this year saw each job role on the site given its own job score, based on three main factors: the median-based salary, the number of job openings, and the reported level of job satisfaction.

In other words, the better paid a job is, and the more satisfied people are who do the job, the better the score will be.

As you can see, STEM and tech jobs dominate the list, accounting for all of the top three spots. Notably enterprise architect ‒ a job where you are responsible for the infrastructure of a business’s IT system ‒ is the highest paid role on the list too.

Corporate recruiter is the role with the highest job satisfaction at 4.6 out of 5.

As the name suggests, this is a job where you are responsible for filling job openings at your employer and carrying out the interviews.

What’s happening to our wages?

Our wages ‒ and whether they are able to keep up with the rocketing rate of inflation ‒ have been a hot topic of late.

Indeed, it’s even reached the farcical situation where senior figures in politics and finance have suggested people should think twice about asking for a payrise, which is absolute cobblers.

According to the latest data from the Office for National Statistics, the rate of wage growth between February and April 2022 hit 6.8%, when you include bonuses.

Not everyone has had a pay rise though. If you think you aren’t being paid enough, then it’s well worth having a chat with your boss about a pay rise.

Follow the tips in our guide to give yourself the best chance of landing a healthier pay packet.