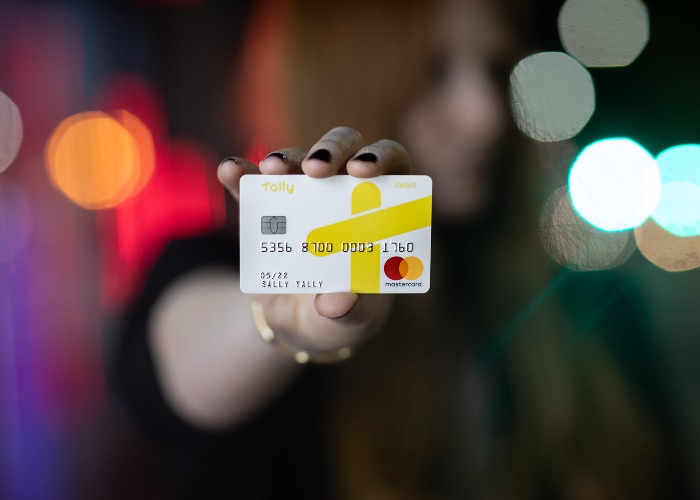 TallyMoney offers a UK bank account and debit card linked to the price of gold. We reveal how the account works, the pros and cons of linking your spending to gold and outline any fees.

Gold has recently been dominating the headlines after the price soared to over $1,520 an ounce (at the time of writing).

Generally, gold is seen as a popular investment in volatile times – but would you ever consider linking your everyday spending to the price of gold?

TallyMoney allows you to do just that.

“We wanted to offer consumers a stronger form of money, protected from systemic bank risk, 100% insured and designed to hold its value," Cameron Parry, the company's co-founder.

Since its launch in early June, approximately 1,000 people have joined TallyMoney with an average holding of £2,000.

It's not a completely novel idea: the likes of Glint and Goldmoney have similar models. So is TallyMoney worth going for?

We look at the pros and cons.

Parry claims people using TallyMoney can help preserve their purchasing power, which can be eroded by inflation or currency fluctuations when spending abroad.

With the value of the pound still well down since the referendum, UK travellers are getting less bang for their buck.

While Parry concedes the price of gold has fluctuated in the past, he believes it generally preserves its value by bouncing back after temporary falls.

Despite the strong rise in the price of gold recently and its perception of a safe haven, it is still far from its 2011 peak of over $1,800 an ounce.

Fluctuations in the price of gold may impact your spending, so you should understand what affects it such as supply and demand, the outlook for interest rates and price inflation.

How does Tally work?

Once you’ve opened your bank account via the app and verified your identity, you can pay in money, which is converted from pounds into Tally, the firm’s own currency.

£1 is worth roughly 25 Tally at the current gold price.

Each Tally is worth one milligram of gold, which is approved by the London Bullion Market Association (LBMA), ensuring the gold is ethically sourced.

You can use your card and spend your money wherever Mastercard is accepted, ensuring it can be used both in the UK and abroad.

All gold is bought from commodity brokers and held in an accredited secure vault in Switzerland, where it is insured under brokerage and vaulting arrangements.

There is a subscription fee to consider.

This is 0.1% of your average monthly holdings or 0.05% if you have over half a million Tally, to cover storage, security, insurance and operational costs.

Aside from this fee, there are no charges when using the card in the UK and overseas, as well as no transaction fees.

An alternative to banks

Parry says using TallyMoney will help people have the confidence to buy goods and services, which is vital during a time of political and economic uncertainty.

“There’s no landscape for savers anymore,” warns the co-founder.

While Parry concedes mass switching “won’t happen overnight,” he is confident more people will be interested in TallyMoney as they are unhappy with traditional banks, where their money is not as secure.

How do I invest in gold? Best and cheapest ways to buy the precious metal

How safe is your money?

As TallyMoney uses a full reserve banking system, your money is never lent out, giving you control over how your money is used. Traditional banks generally don’t use this system.

“As full reserve, the customer’s savings are not lent out, moved or invested. Full control of the money stays with the customer,” says Parry.

TallyMoney is regulated by the Financial Conduct Authority (FCA) and funds are protected over the £85,000 Financial Services Compensation Scheme (FSCS) limit.

If the company gets in financial trouble, you can get 99% of the value of your money returned.

You won’t get 1% back as this is the total cost to protect your money via security trustee and receiver admin work.

Ultimately, it's unlikely paying all your monthly income into an account where the value fluctuates month-to-month will be a viable option for most people.

If you understand how TallyMoney works, what influences the price of gold and want protection for a higher amount of money compared to the FSCS limit, this might be worth considering as a second account.

FSCS savings protection: how the UK deposit scheme works and who is covered