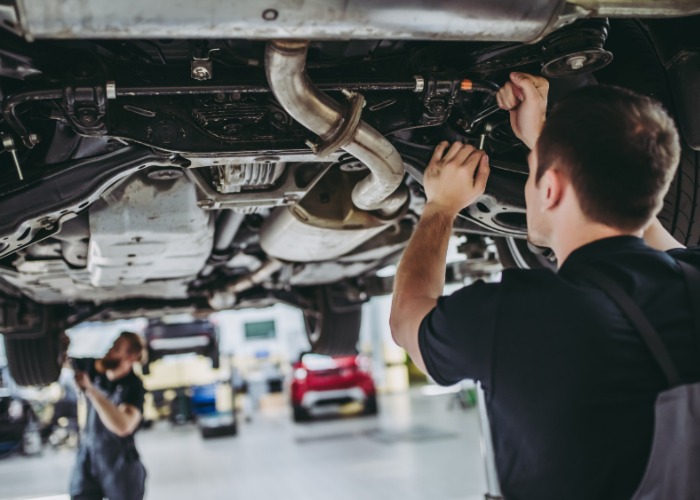 Which model failed more than half of its tests first time around?

An MOT can be a seriously stressful experience for any motorist. It’s the fear of the unexpected, the potential for your car to pick up a 'fail' and need some expensive work done before you can get back out on the road.

While there are plenty of things as drivers that we can do to improve our chances of passing, the truth is that different makes and models can have sharply different records when it comes to passing the MOT.

WhatCar have dug into the most recent data from the Driver and Vehicle Standards Agency (DVSA) to pick out which cars perform best in the tests the first time around, and which have room for improvement.

Don't get stranded by the roadside: AA breakdown cover from £4.50 a month

WhatCar breaks the results down by a host of car categories, meaning that you get a better idea of how specific types of car perform in the MOT.

For example, it pointed out that small and family SUVs have the lowest overall MOT fail rate.

In this category, the Subaru Forester (made between 2008 and 2012) and the Mercedes GLA (still being made today) are particularly eye-catching, with fail rates of just 4.6% and 4.8% respectively.

Could you save hundreds on your car insurance? Search for a cheaper policy with Confused.com

The Skoda Citigo and the Peugeot 108 are the top performers in the city car category, with a fail rate of a paltry 6%.

While older models score noticeably poorly ‒ the Daewoo Matiz, which ceased production in 2005, is bottom with a 38.8% fail rate ‒ there are some newer models which also aren’t doing well with the MOT.

The Suzuki Alto for example only finished being produced back in 2009, but has a fail rate of a whopping 32.7%.

WhatCar highlights the well-earned reputation among Japanese cars for reliability, with the Mitsubishi Mirage taking top spot with a fail rate of only 4.8%. The Toyota Yaris (6.3%) and Honda Jazz (7%) also feature in the top 10.

Could you save hundreds on your car insurance? Search for a cheaper policy with Confused.com

With a fail rate of a tiny 3.7%, the electric Nissan Leaf has the best performance of any vehicle in the data. It’s followed by the Mazda 3 (4.8%), while it’s worth noting that Skoda (Rapid and Octavia) and Toyota (Auris and Prius) each have two models in the top 10.

Nissan is a bit of a horror show in the large and luxury SUV division, taking the bottom two spots.

The Terrano Two was the worst overall with a fail rate of 36%, ahead of stablemate Pathfinder on 28.9%. Jeep also has two models in the bottom 10: the Cherokee and Grand Cherokee.

The Honda CR-V is the best performer in this category with a fail rate of just 6.7%, marginally ahead of the Lexus R6 at 6.8%.

When it comes to multi-purpose vehicles (MPVs), the most reliable appears to be the Skoda Roomster.

Kia has two in the bottom four models for MPVs, with the Carens registering a fail rate of a whopping 39.5%, ahead of its Sedona model on 32.9%.

WhatCar pointed out that models that arrived at the peak of popularity for MPVs in the 1990s are starting to struggle with MOTs, with the Citroen C8 (35.2%), Ford Galaxy (32.4%) and Volkswagen Sharan (32.3%) all featuring in the bottom 10.

Don't get stranded by the roadside: AA breakdown cover from £4.50 a month

When it comes to reliably passing the test though, you could do worse than a BMW. The 4 Series has a fail rate of just 8.2%, with the 3 Series taking second spot with a fail rate of 11%.

Mercedes also has two models in the top 10: the CLA and C‒Class both have fail rates of 11.4%.

Audi’s A7 also features in the top 10 with a fail rate of 10.8%, while Jaguar has three models of its own in the best performers ‒ the XJ, XK and XF.

The Porsche 911 takes both top and second spot in this category. Its 997 version boasts a fail rate of just 6.4%, marginally better than the 6.7% fail rate of the 996 version.

At the other end of the scale, the Vauxhall Tigra failed a flabbergasting 58.1% of its MOTs in the data period, the worst of any model.

That’s far worse than the Alfa Romeo GT with a fail rate of 38%, while the manufacturer’s Brera model (25%) also makes the list.