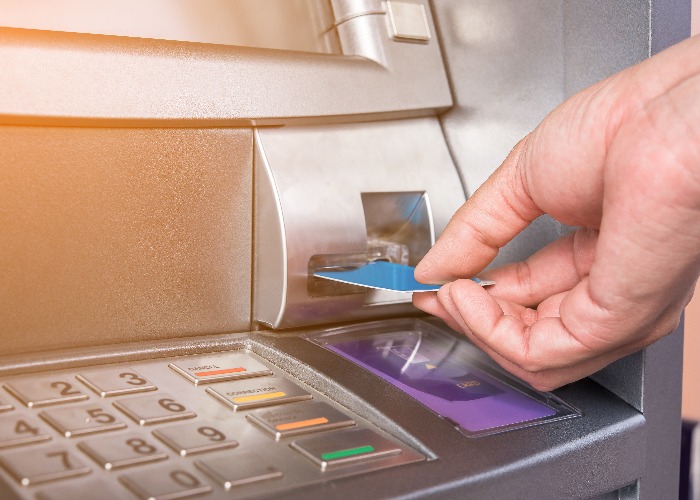 Card fraud abroad is rife, with Brits losing £174 million a year. One holidaymaker explains how she lost over £1,000 during a dream trip to Bali.

In 2018, more than a quarter of all UK card fraud happened abroad often at popular western tourist destinations.

Surprisingly, a recent report by KIS Finance revealed that the worst places for card fraud are Ireland, USA, Spain, the Netherlands and Luxembourg.

Spain and the USA are the two most popular holiday destinations for Brits, meaning UK consumers are even more at risk of this type of crime.

What is card fraud?

Card fraud usually happens in one of two ways when you're on holiday.

The first is remote purchase fraud when a criminal steals the information on a victim’s card (card number, expiry date, and CVV number) and uses it to make transactions where the card doesn’t need to be present, such as online or over the phone.

The second type is counterfeit card fraud which happens when the information held on the card is stolen via a skimming device.

This information can then be used to create counterfeit cards which can be used in countries which are yet to upgrade to Chip and PIN authorisation.

This happened to rehabilitation technician Jess Hughes on the last few days of her three-week tour of Australia, Hong Kong and Bali.

The 28-year-old from Leicestershire was travelling with her friend Kerri Mackay (pictured below, right) when her card was skimmed without her knowledge.

"It was the end of our stay in Bali and we went to a small island to go turtle watching. I was in a small shop buying bottles of water and the man said the card wasn't working and he needed to take it and scan it. I was naïve and thought it was okay," said Hughes.

However about a week later when she was back home, Hughes noticed that money had been taken out of her account in Bali.

"At first I thought it was money that I took out for the boat trip on the island. But then I worked out the dates and how much had been taken out and realised it wasn't me."

The thieves had withdrawn £250 a day in cash for five days in a row.

Hughes contacted Natwest, which immediately cancelled her card and issued a new one.

"The bank agreed to refund the money which was £1,250. I thought it would take months and months as they would have to check everything but it only took a few weeks.

"Luckily I had savings in my current account and I had been paid whilst I was away otherwise I would have been asking my mum and dad for money."

Hughes believes her card was skimmed in the shop because her friend used the same cash machines as her and had no problems.

"It was only after the holiday that I read that you should never hand over your card.

"I definitely wouldn't let anyone do it now. But even if I had gone with the man in the shop I wouldn't necessarily know what a swipe device looks like and I'm not sure I would have noticed it.

"The other thing I do now is to keep track of what is going in and out of my account much more often via the app.

"Sometimes I also ring the bank up if I am not sure what something is."

Here are some tips for protecting yourself against card fraud abroad: