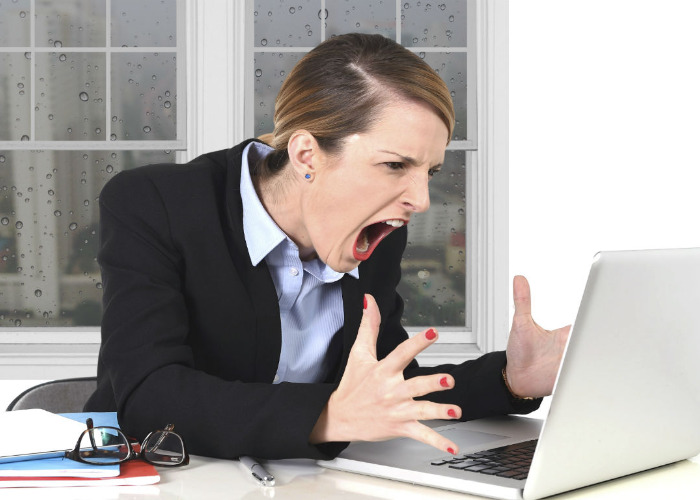 If your connection packs up, it’s useful to know what to expect from your broadband provider, including whether you're in line for compensation.

Life comes to a bit of a standstill for me if the broadband packs in. I appreciate that sounds a little tragic, but this isn’t just a matter of being unable to watch Netflix, though that is obviously a problem too.

As someone who works from home, my productivity goes out the window if I can’t get online.

So what will your supplier do to put things right if your broadband connection goes down? And what are you entitled to by way of compensation?

What does Ofcom say?

Ofcom is the regulator for the communications industry and has made it clear how it expects providers to handle matters if faults develop.

For example, you should only have to deal with your provider, even if another firm such as Openreach manages the network through which your service is provided.

If an engineer needs to be sent out, your provider will need to tell you in advance what it will cost and when you will be expected to pay.

The regulator says generally a provider should be able to tell you quickly what has gone wrong and how quickly it can be fixed, but it does urge customers to give their providers “a reasonable opportunity to fix the problem.”

It’s worth noting in April this year the regulator introduced an automatic compensation scheme.

This ensures once you have reported that your broadband is not working, if it hasn’t been fixed after two full working days, you will automatically receive £8 in compensation.

You then get a further £8 for every full day after that until the service is up and running again.

It’s worth noting that the scheme is voluntary.

The only suppliers that have signed up to it so far are:

Hyperoptic and Vodafone have signed up too but will not be in a position to start paying compensation automatically until later this year.

You may also be able to get compensation if an engineer misses an appointment or cancels it with less than 24 hours’ notice, or if a new service if delayed.

Other providers have put in place further commitments around their approach to fixing issues to ensure customers aren’t left out of pocket.

One provider that’s attempting to go the extra mile is Virgin Media, which has just announced a new service promise for customers who experience an issue with their broadband, which means they can’t get online.

Unfortunately, it’s only for people use both Virgin’s mobile bundles and broadband services.

Should their connection develop an issue which means a loss of broadband connectivity, customers can get unlimited 4G data on their mobile for seven days while an engineer fixes the issue.

The service is available on any of the firm’s combined broadband and mobile bundles, known as ‘Oomph’ packages.

If you’re on the top end bundle, you’ll also be able to book a next-day engineer appointment.

Sky has an interesting set up through its Broadband Boost service.

Sign up and the firm will run daily checks on your lines – if things aren’t up to scratch, it will automatically attempt to fix it.

In addition, if you’re a Sky Mobile customer, should your broadband drop out, Sky will add 2GB to your ‘Sky Piggybank.’

The Broadband Boost service costs £5 a month, though with certain packages you can currently get it half price for 18 months.

Compare a range of broadband deals at Plusnet

Vodafone is not yet a full member of the automatic compensation scheme, but it does boast an ‘ultimate broadband guarantee’.

Essentially, it guarantees a minimum speed for your coverage, and if your service drops below that speed it will reduce your bill by 15% until it’s fixed.

If you give your provider the chance to make things right, and they still make a hash of things, or simply take longer than you feel is appropriate, then it’s well worth complaining.

Initially that complaint will need to be directed to the provider itself.

If it hasn’t rectified your complaint within eight weeks, your issue can be dealt with by an independent Alternative Dispute Resolution (ADR) scheme, which will look at the case and determine whether you are owed compensation.

Check out the loveMONEY guide on how to complain.