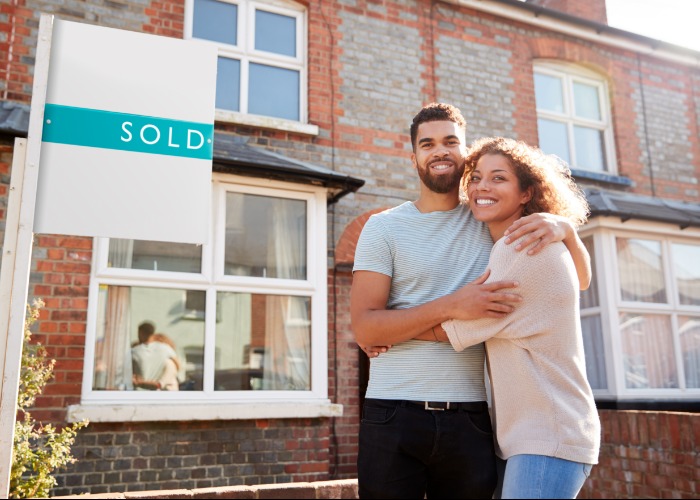 Six years on, we look at who has really benefitted from the costly Help to Buy scheme.

The recent bumper profits of housebuilders have reignited debate about who really benefits from Help to Buy.

What is Help to Buy?

Help to Buy is a Government scheme that was introduced in 2013.

It was a flagship policy of former Chancellor George Osborne, who announced it in his budget speech in March 2013.

Initially, there were two different types of Help to Buy: an equity loan scheme and a mortgage guarantee scheme.

Both required buyers to have just a 5% deposit and were available for properties worth up to £600,000.

The equity loan scheme kicked off in April 2013 and remains available, but only for new-builds.

Under the scheme, the Government provides a 20% loan to buyers and retains a stake of the same percentage in the property.

The loan is interest-free for five years, then buyers have to begin paying interest at a rate of 1.75%, with the rate increasing every year after that.

In February 2016 the equity loan portion was increased to 40% in London due to high property prices.

From October 2013 there was also a mortgage guarantee scheme, which applied to both new-build and existing properties.

Under this scheme, buyers with a 5% deposit were able to access preferential 95% LTV products because the Government provided guarantees to lenders.

This scheme ended in December 2016.

What was it supposed to achieve?

The aim was to help those without large deposits get onto the property ladder.

It also aimed to improve social mobility, with Osborne recognising the large deposits required meant that home ownership was beyond “the great majority who cannot turn to their parents for a contribution”.

However, another policy aim was also to encourage more housebuilding as the Government wanted to revive the construction industry, which had suffered after the financial crisis.

The mortgage guarantee scheme was intended to provide access to high-LTV loans at a time when banks were reluctant to offer them.

What has it actually achieved?

Essentially, it was supposed to help more people onto the housing ladder and, in this respect, there’s no denying it succeeded.

According to a statistical release published in February, between April 2013 and September 2018, 195,219 properties were purchased using a Help to Buy equity loan.

Figures from the trade body UK Finance have also shown an increase in first-time buyer numbers.

However, many people feel the scheme has also pushed up house prices, particularly for new-builds.

There is even some evidence to suggest those using the scheme are actually paying more than those who are not.

According to data analysis of 70,000 first time buyers released by property firm reallymoving.com in October 2018, those using Help to Buy were paying an average of £277,968 for their first home, compared with £257,908 for those not using the scheme.

The company added that, while the average premium paid for a new-build property stood at 16%, those using Help to Buy were paying an additional 8% on top of that.

A report from Morgan Stanley in 2017 warned that Help to Buy had pushed the new-build premium so high that it was now close to the entire amount of the Government loan.

But in terms of helping the construction industry, Help to Buy has certainly achieved that aim – too much so according to many commentators.

The scheme has many critics, among them the Adam Smith Institute, which described the further extension of the scheme in 2017 as “throwing petrol onto a bonfire”.

The recent results announcement of housebuilder Persimmon has done little to deter criticism.

There was significant outrage when the company reported pre-tax profits of £1 billion, with half of its sales coming from Help to Buy.

What was the cost?

As of September, the cost to the Government – or the taxpayer – was a staggering £10.66 billion in equity loans.

In theory, the real cost is only five years of lost interest on this cash if the value of all of the properties is retained.

The problem is that many do not believe it will be.

Both the reallymoving.com data and the Morgan Stanley research suggest some buyers, and therefore the Government too on its portion, will slide into negative equity.

Those buying undoubtedly gained access to better interest rates than would have been available using a 5% deposit.

But the savings made in this regard could be outweighed by losses in the value of their properties.

If the Government was trying to help two disparate groups – housebuilders and those shut out of the housing market – the easiest conclusion to come to is that it has been an unmitigated success for the former but of no real benefit, and potentially even a detriment, to the latter.

While it’s true that more people have accessed the housing market than before, some have overpaid for properties and may find themselves trapped in negative equity when they wish to move on.

If the scheme had been widely taken up in London, it would be easier to sing its praises.

If a large number of buyers were purchasing a Help to Buy property instead of, say, a shared ownership property that was also likely to come with a new-build premium, it would be a clear win.

Instead of paying rent to a housing association for the portion they didn’t own, they’d have a five-year free loan.

Similarly, if their other option was renting, in a low interest rate environment they’d have paid off a significant chunk in five years that potentially outweighed any fall in value.

But curiously, the scheme wasn’t well taken up in London – as at September just 15,056, or 7.7%, of the properties bought via the scheme were in the capital.

It’s London that has the biggest affordability issue and with the higher equity loan of 40%, it’s there it could make the biggest difference in terms of helping buyers who otherwise couldn’t afford to buy.

Given the fact that everyone using the scheme has at least a 5% deposit and there’s a well-documented new-build premium, most buyers who used it elsewhere would probably have been able to buy a property without the scheme and have been better off doing so.