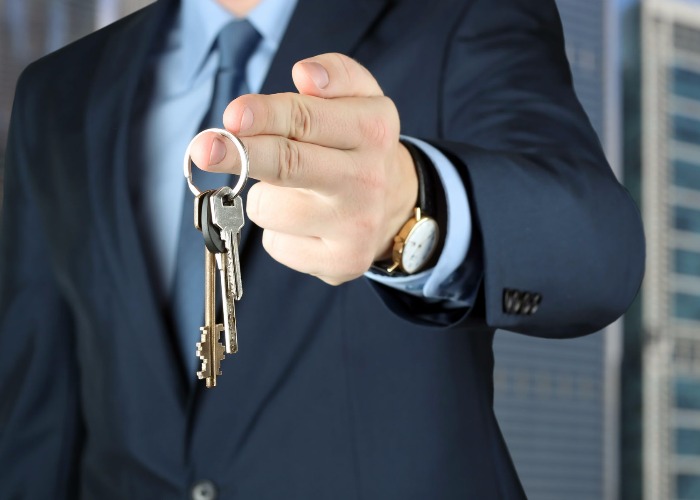 If you fancy being mortgage-free in your 50s, then it pays to follow the example of the nation’s youngest mortgage borrowers and make overpayments.

When you take out a mortgage, you set out the term over which you plan to repay the loan.

Your monthly repayments are then calculated based on that term. For example, if you go for a 25-year term, the lender will work out how much you need to pay each month in order to clear the loan by that time.

Many of us just pay what the lender sets the repayment at, thinking little of it. But most mortgage deals allow borrowers to pay a certain amount above that repayment each year – typically around 10% – without incurring an early repayment charge.

By opting to pay a little more than you are required to, you can slash years off your mortgage term – and save a small fortune to boot.

The exact conditions will depend on your lender, but generally you can either opt to overpay on a monthly basis or via a one-off lump sum, which may better suit those who enjoy a large annual bonus.

Make sure you're on the cheapest possible mortgage: compare deals

How much could I save?

However, his lender allows him to overpay on his mortgage by up to 10% a year without slapping him with any additional charges.

That works out an additional £94 a month – by doing so he will shave three years and two months off the time taken to repay the mortgage.

Plus, there are short-term benefits to consider. By overpaying, you build up the equity that you own in the property that much quicker.

This may make it cheaper when the time comes to remortgage, as you may fall into a lower loan-to-value band and therefore qualify for more competitive deals.

In turn, this can also protect you from falling into negative equity should house prices drop sharply.

I remortgaged last year, and managed to find a deal that took my own monthly repayment down from around £973 to £795.

Not bad at all. As things stand, I’ll have the mortgage paid off by the time I am 60.

However, from the moment I found the deal I’ve intended to overpay by the 10% I’m allowed to. Stupidly, it’s been one of those things I intended to do but never quite got around to, so I still haven’t set up the overpayment.

This is particularly daft as I know that by paying an extra £79 a month – still less than my monthly repayment before remortgaging – I’d shave more than three years off the time taken to clear the debt.

One of my (many) new year’s resolutions is to finally get my backside in gear and set up that overpayment. Future me will no doubt be rather thankful at being mortgage free that little bit earlier, never mind the thousands of pounds I’ll save too.

See how much you could save on your mortgage: compare deals

The most likely to overpay

Which? recently carried out a survey, looking at which borrowers were the most likely to overpay on their mortgage deals in the hope of clearing the balance that little bit earlier.

Interestingly, it’s the youngest borrowers who are setting the best example, with around 69% of those aged 18-24 paying off more than the minimum on their loan.

Admittedly, there are far fewer of them than mortgage borrowers at other age groups, but it’s certainly notable that these younger borrowers are taking a long-term view of their mortgage debt.

There may be a practical element to this, too. Increasingly, borrowers are having to opt for longer mortgage terms – in some cases 30 or 35 years – in order to pass a lender’s affordability tests.

In practice, this means the borrowers may be able to afford higher repayments, and so are embracing overpayments in order to reduce the mortgage term down to something a little more palatable.

There are also significant regional differences, with 60% of borrowers in London saying they overpay, followed by 52% in the West Midlands.

In contrast, little more than a third (38%) of borrowers in Scotland overpay.

The downside to overpaying

Before you rush off to speak to your mortgage lender about setting up a regular overpayment, there are some potential downsides to consider.

The first, and most obvious one, is of course that you will need to find that extra money each month.

It may be that the lender’s affordability tests were particularly accurate and you really are at your repayment limit. There’s no point in making it more difficult to pay your various other household bills in order to overpay on the mortgage.

Even if you can afford the overpayments, it’s worth devoting some time to working out whether this is really the best use of your money. Do you have a decent savings safety net in place should you fall ill or lose your job?

You might want to carry out some home improvements too, as it may be more financially sensible to devote the extra money each month towards paying for those rather than overpaying on the mortgage.

Could you save thousands of pounds on your mortgage? Compare deals now