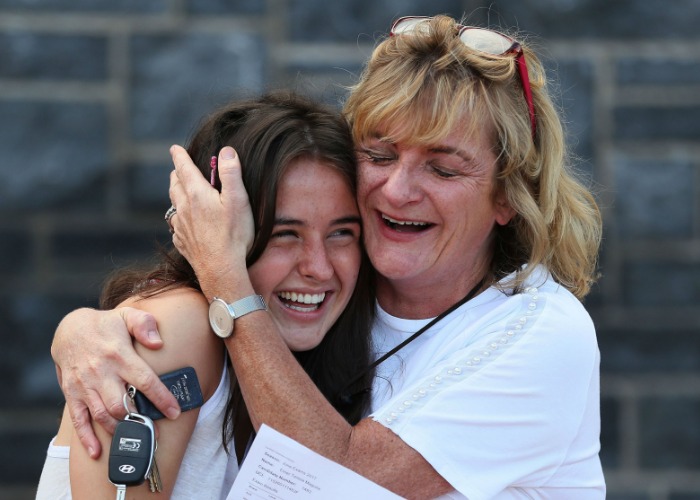 You wouldn’t ask an 18-year-old to take on £50,000 in credit card debt, so why are tuition fee loans any different? We need to take this debt more seriously, warns Sam Richardson.

A-Level results day is terrifying, regardless of whether you’re a student or parent.

Luckily, for most, it’s also a day of celebration, for proud parents and for students whose world has suddenly become so much bigger than school.

It’s also the day we ask 18-year olds to commit to one of the most expensive and difficult debts of their lives.

I’m not talking about mortgages, credit card or overdraft debt – however disastrous these are for an unlucky few – but instead about student debt, which is becoming a burden for an entire generation.

The loans that send us to university and the Student Loans Company (SLC) that issues them are far from harmless and it’s time we said so.

Despite working full-time for the four years since I finished studying, the interest on my loan and my inability to put more money aside means I’ve paid off just a few hundred pounds

That’s likely higher than what you currently pay on your mortgage and it’s approaching the interest rates charged by low-rate credit cards and even personal loans.

Plus, the debt is enormous: over £33,000 for today’s students, not including the living costs loan most will need.

According to the Intergenerational Foundation, even graduates on high salaries will never manage to pay off their loan.

If we were talking about mortgages or credit cards, the alarm bells would be ringing. So why aren’t they?

Not harmless at all

Although unpopular with many, we encourage young people to take out these enormous loans because we assume they’re a ‘safe’ debt that can’t get out of control.

Think again – although you don’t have to make repayments until you earn £25,000 or more, you’re being charged interest from the day you take the loan out. If you ignore the SLC they hit you with penalty rates (6.1%) or even fines.

With other debts, it’s possible to delay them or restructure them, using tools such as 0% balance transfer cards.

Not so with student loans – 9% of your income gets plucked straight out of your paycheque, irrespective of what’s going on in your life.

Even declaring bankruptcy won’t get you off the hook.

If you don’t pay the SLC will send debt collectors after you and take you to court. I know several UK expats living abroad who have no intention of ever returning to this country, in order to avoid repaying their student loan.

It does affect your ability to borrow

You wouldn’t encourage an 18-year-old to take out a £20,000 loan and barely repay it for good reason: it looks terrible to lenders.

We are told that student loans don’t affect young people’s ability to get a mortgage and get on the housing ladder, but that’s just not true.

Mortgage lenders aren’t too worried about the size of your debt, but they do consider your repayments when calculating how much to lend you.

Again, unlike other types of debt, there’s nothing you can do to stop the SLC taking 9% of your earnings and reducing your ability to borrow.

With fears that many young people will be renting for the rest of their lives, the inflexibility of the student loan system could be hugely damaging.

Just as we need to start seeing student loans as real debt, the SLC needs to start treating students as real customers.

That’s not to say credit card companies or banks necessarily have great customer service – many don’t – but the SLC is particularly old-fashioned.

The SLC refuses in most cases to deal with emails, insisting on postal correspondence even when dealing with those living abroad, or who frequently switch addresses, as many people do in their 20s.

Furthermore, the SLC’s website is confusing and it doesn’t offer a mobile app, despite apps becoming the primary way we interact with our finances.

Earlier this month the SLC was even accused of ‘spying’ on vulnerable students – a low point even the UK’s banks might turn up their noses at.

Don’t let it put you off university

Ultimately, student finance is a monopoly: there’s no viable alternative to the SLC unless you’re wealthy enough to pay in cash.

Websites like loveMONEY can advise you how to save money at university and when you graduate, but there’s no comparison site for student loans.

Nor is there much choice: for many professions, you still need a university degree and we can’t stop young people becoming doctors, scientists, lawyers or teachers because of student loans.

We need to admit, however, that student debt is a serious matter – and we have a responsibility to make that clear to the young people picking up their A-Level results today.

Are you or your children heading to university in September and how do you plan to pay for it? Please add your comments below