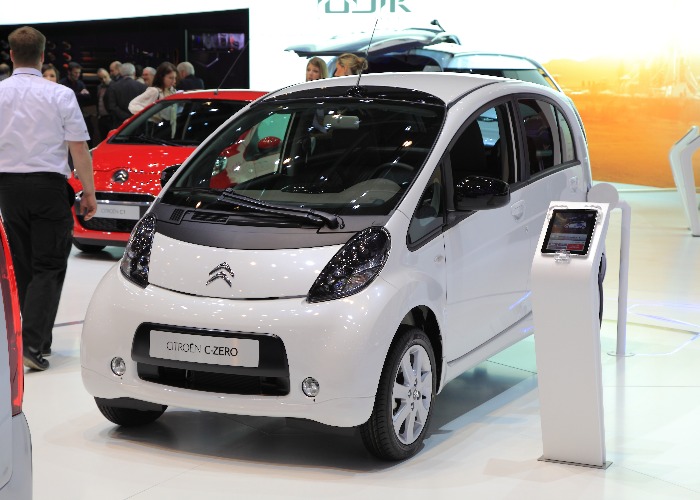 Buying an electric car isn’t cheap, so it’s important that you get a decent price when it comes time to sell. Here are the top models for resale value, with insight from car review site Carbuyer.

In the long run, an electric car can you save you money over petrol or diesel vehicles, through lower running costs and tax exemptions.

In the short term, however, it’s going to cost you.

The average electric vehicle listed on Auto Trader costs £17,622, compared to £10,760 for petrol vehicles, although it’s possible to get up to £4,500 off through a Government grant when buying a brand new car.

If you’re shelling out that amount of money on a car, you need to know that it won’t be worthless when you come to sell.

Valuations specialist HPI has revealed seven electric and hybrid vehicles that actually increased in value over the past year.

Bear in mind, however, that there’s no guarantee valuations will continue to increase.

And while we’re a financial site, we recognise there’s more to making that final decision that sale price alone.

That’s why we asked the car review site Carbuyer to give insights on all seven cars on the list.

Here’s what they said.

The Zoe has value on its side, enhanced by Renault’s battery leasing deal that allowed some owners to buy the car but lease the battery from the manufacturer.

An official range of 250 miles and the ability to charge to 80% in under an hour on a fast charger means the Zoe is versatility beyond being simply a city car – even if we’d expect to get closer to 180 miles from a charge in the real world.

The Zoe is smooth and relaxing to drive but still feels lively off the line.

You can read the full Renault Zoe review on Carbuyer

The Peugeot iOn is the product of a joint electric car venture between Peugeot, Citroen and Mitsubishi.

The car was launched in 2010 alongside the Citroen C-Zero and the Mitsubishi i-MiEV versions of the same vehicle.

It’s a small but surprisingly roomy city runabout that’s starting to show its age with a modest official range of 93 miles that will be a lot less in the real world.

It can seat four adults but its narrow width and tight turning circle make it very easy to drive in town where the models 63bhp power output will be ample.

Like its sister car, the Peugeot iON, the Citroen C-Zero is some way off the cutting edge of electric car technology, having been launched in 2010.

What you get is a simple but effective electric city car that was purpose-built for the job and makes good use of the fact it doesn’t have a bulky engine in the front.

Manoeuvrability and visibility are first class and interior space is very generous.

It’s not one for the open road, however, due to the limited range.

If you want a zero-emissions MPV, there aren’t too many options out there.

The Nissan e-NV200 is one though, an electric version of the NV200 van that’s sold in five- or seven-seat form or as a commercial vehicle.

You really can get a lot inside the e-NV200 thanks to those boxy dimensions but adding weight will see the 188-mile official range head south quite quickly.

The high driving position and good manoeuvrability are positives in town but it’s not particularly quick.

The Hyundai IONIQ is the first car in the world to be offered with a choice of hybrid, plug-in hybrid and pure EV power options.

The sweet spot in the range is probably the plug-in, it gives you 30 miles of electric range with the back-up of a petrol motor when you want to travel further.

The IONIQ comes very well equipped as standard with a plush, well-built interior and a comfortable ride.

Toyota has been building hybrid cars longer than anyone else and the Yaris is its smallest and most affordable.

It feels much like a conventional supermini, just with the added weight of the hybrid tech taking the edge off the driving experience.

The upside is that it will officially do 85.6mpg with CO2 emissions of just 75g/km.

Solid build and a five-star Euro-NCAP safety rating also count in its favour.

The Toyota Prius is the world’s best-known hybrid car, having been launched in mk1 guise back in 1997.

Today’s Prius can be bought as a hybrid or plug-in hybrid and offers a spacious, refined and reliable transport that can also be very low cost, thanks the impressive efficiency of all versions.

The Prius isn’t the most exciting to drive with the CVT automatic gearbox often proving slow to respond but as an all-round hybrid package it’s tough to beat.