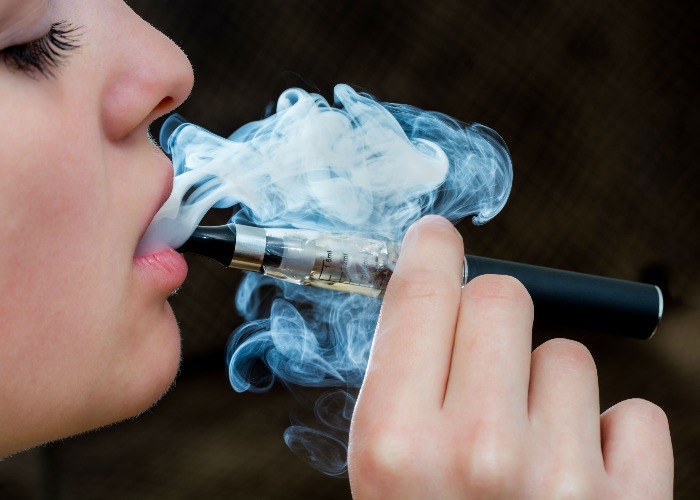 Buying an e-cigarette can be a confusing decision, so here's an expert's advice for smokers looking to make the change.

Smoking, among its many faults, is a hugely expensive business.

E-cigarettes present a cheaper alternative, without many of smoking's serious health risks from tar and carbon monoxide.

Yet, despite being around for a decade and being used by 2.8 million people in the UK, e-cigarettes and ‘vaping’ remains a confusing area for smokers.

Whereas cigarettes give you a choice of brands and two flavours, vaping has many types of equipment, flavours and components that you may need to replace.

We talked to Sal Noble, who runs vape shop Noble Vaping, to get his money-saving tips for smokers who want to change to vaping.

Before we continue, a quick warning: this article is purely intended for current smokers who want to switch.

E-cigarettes contain nicotine, which is highly addictive and has its own negative health effects.

Read more about health concerns and how e-cigarettes can help you give up altogether on the NHS website.

How much vaping costs

Saving money is one of the many beneficial effects of switching away from cigarettes.

Even a five-a-day habit costs £75 a month or £912.50 a year, according to the NHS’ useful smoking costs calculator (find it here). At a pack a day, those costs quadruple

In comparison, an average vaper might spend £20-£25 a month on e-liquid (which contains the nicotine) and other components, estimates Sal Noble, equivalent to £240-£300 per year.

Heavy smokers will vape more often, and this sends their costs up, and vice-versa for lighter smokers.

These average costs do, however, conceal a range of variations when it comes to equipment, type of liquid and maintenance.

Unlike cigarettes, vaping generally involves an initial upfront cost when you buy the equipment.

It is possible to get disposable e-cigarettes, but at £6 a pop these will cost more over the long term.

When buying your first permanent ‘vape kit’, Noble advises that, rather than going online, you go to several vape shops.

Rather than declaring you want to buy equipment, ask for their advice on what sort of kit you should get. Then compare that advice with the advice you hear elsewhere and buy from the provider you trust.

The reason for this caution is that although there are now several prestigious brands of e-cigarette – such as Smok, Aspire, Innokin and Vaporesso – the 'right e-cigarette' still comes down to personal preference.

In general, a typical beginner kit, including equipment, coils and e-liquid should cost you £40-£50, Noble estimates.

E-cigarettes roughly divide into two types: closed-pod and open tank. There are also hybrids that integrate elements of both.

Closed-pod systems are usually smaller and look more similar to cigarettes, which is why many smokers start with these systems.

Open tank systems look a bit stranger, have bigger batteries so they don’t need to be recharged so often – a pain for heavier vapers – and have more power, essential for blowing spectacular vapour clouds.

According to Noble, there’s no clear price difference in the long term between the two different approaches to vaping.

Open tank systems may be more expensive initially, but buying e-liquid rather then pods can be slightly less expensive.

He does warn, however, that some vape shops may try and upsell you to more expensive systems with controls and options that you simply won’t want or need as a beginner.

Over the long-term, e-liquid (otherwise known as ‘vape juice’) is where vaping’s costs lie.

You can buy pods, or ready-made e-liquid with nicotine, or buy the liquid and nicotine separately and mix them yourself.

The Government’s Tobacco Products Directive in May 2017 has regulated e-liquid containing nicotine and limited its concentration, which can be a problem for heavier smokers making the switch.

You can get a higher dose by mixing the nicotine and e-liquid yourself, but bear in mind that the latter product isn’t regulated, because it doesn’t initially contain any nicotine. Buy from a brand and provider you trust.

Once you know what brands and flavours you prefer, buying online can cut your costs.

Another cost to consider with e-cigarettes is maintenance and replacing components.

You’ll need to change the coil (otherwise known as atomiser), which heats the e-liquid, every 1-2 weeks, depending on how often you vape.

If your e-cigarette has a replaceable battery, you’ll need to replace it every 6 months or so, with new batteries costing between £5-£8.

If you need to replace the tank of the e-cigarette, this will cost around £20.

50% of breakdowns are due to user error, says Noble, which is why it is worth talking to a vape shop and buying the right equipment first time.

You can make coils last longer is to buy better quality UK-made e-liquid and avoid sweeter flavours, which tend to break down the coil quicker.

Despite the popularity of vaping, the policies of many life insurers and pension providers still do not distinguish between smoking and vaping.

Life insurance comparison site Compare Cover has warned that to be deemed a non-smoker by life insurers, policyholders need to have quit all nicotine products, including e-cigarettes, for at least 12 months.

Claiming to be a non-smoker whilst using an e-cigarette could invalidate your life insurance.

Read our guide to life insurance to learn more.

Do you use an e-cigarette? Do you have any money-saving tips for smokers making the switch? Please add them in the comments section below.