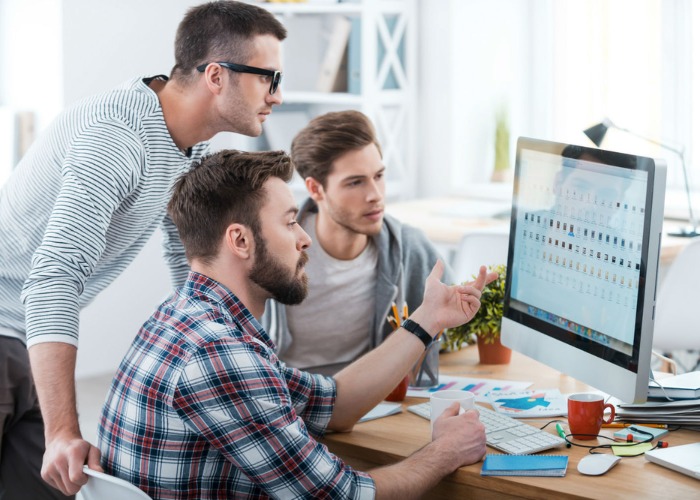 Auto-enrolment, and workplace pensions in general, have been a success. However, one pension firm thinks there is a lot of room for improvement

It may have passed you by, but your auto-enrolment contributions have just increased.

The proportion workers contribute has jumped from 1% to 3%, while the percentage from your employer is now 2%, up from 1%.

For those worried about their retirement savings, it’s a step in the right direction.

But for those who have little or no disposable income, it could force them to out altogether.

It’s far from a perfect scheme, but improvements can always be made.

Kate Smith, head of pensions at provider Aegon, reveals what she’d like to change about the auto-enrolment scheme.

Auto-enrolment should be available to every UK employee

As it stands, anyone earning less than £10,000 aren’t automatically enrolled into a pension. If you earn less than £6,032 you can join the scheme, but your employer isn’t obligated to make contributions.

If you earn £6,032-£10,000 you won’t be automatically enrolled either. However, if you do join the scheme and you’re aged between 16 and 34 then your employer will have to contribute too.

“Auto-enrolment should become the social norm for every single UK employee, not just for those within specified age bands and earning above £10,000 a year in a single job,” says Kate.

Involving every worker will get more people into the habit of saving.

It's a similar case for people who reach State Pension age. They can only get employer contributions if they opt into the scheme and earn a minimum of £6,032.

“The automatic right to an employer contribution stops as soon as an employee reaches State Pension Age, as they have to opt in. Increasingly people are enjoying longer working lives and having an upper age barrier means they could miss on a valuable part of their remuneration package,” says Kate.

Taking employer contributions beyond retirement will help a struggling group who are increasingly forced into working part-time during their later years, and it’s another hassle to have to opt in again.

Minimum contributions should be higher

To have a comfortable retirement, you must save enough into your pension while you’re working, but Kate thinks we’re not doing enough of that.

“Contributions are too low for many people to build up an adequate retirement income if they stick to the auto-enrolment minimum.

“But waiting another six years to base contributions from the first pound (£) and removing the current salary offset is simply procrastinating. Every year of pension saving counts, so it would be far better to bring forward proposed changes to the early 2020s.

“This should give employers enough time to plan and budget for increased costs.”

We see a lot of research saying that people aren’t saving enough for their retirement. Kate thinks that a standard total contribution of around 12%-15% would be enough to see workers into a comfortable retirement.

But it’s wise to be careful:

“The real litmus test for auto-enrolment will be in April 2019, when the total rate jumps up to 8%. The Government should wait and see how employers and employees react to this before implementing policy changes,” warns Kate.

Contributions should be more flexible

Although auto-enrolment is largely seen as a positive thing, it is very rigid.

“If employees opt-out of pension saving – or choose to pay a lower contribution than the statutory minimum – they lose the right to an employer contribution, so they’re effectively taking a pay cut.

"Auto-enrolment contributions should be made more flexible – as long as employees are paying a pension contribution, the employer pays too.

To do this, there should be more leeway to pay below the standard contribution level, at the employers’ discretion. Otherwise more people may be forced to opt out of the scheme purely because they can’t afford to keep up the payments.

At the other end of the scale, those that can, should be urged to pay more. “Employees should be encouraged to sign up to higher rates in the future.”

Auto-enrolment should be introduced for self-employed people

There are five million self-employed people in the UK, making up 15% of the workforce.

Many experts acknowledge that self-employed people need a nudge into saving for their pensions, and Kate agrees.

“We desperately need pension saving solutions for the self-employed, ideally using the auto-enrolment principles, but we need to recognise that one single solution isn’t likely to fit this diverse group,” she says.

This is a universally-known problem, as no one has put forward any proposals of how this would work.

Some argue that is just isn’t practical.

In his Government Review of Modern Working Practices, Matthew Taylor warned that introducing pensions for self-employed people is too expensive while the Pensions Minister, Guy Opperman, says that there is ‘no simple solution’ to auto-enrolment for the self-employed.

There has been talk that the Government could introduce some new policy, but it won’t be until the end of the Conservative Government’s term in 2022.

Fancy an alternative? You could opt for a self-invested personal pension (SIPP) – head over to the loveMONEY investment centre to compare opportunities (capital at risk)