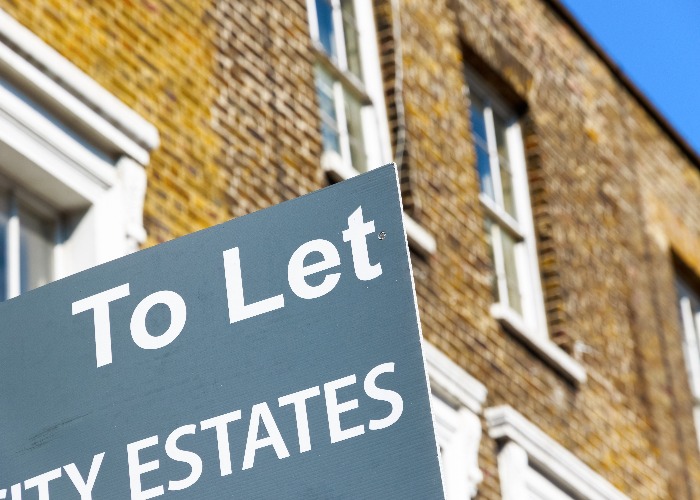 October sees the introduction of yet more new rules for landlords to keep on top of.

Recent years have seen a host of changes for landlords to deal with, a succession of policy tweaks that risk making their portfolio more complicated to administer and even less profitable.

Generally these changes are limited to the start of a new tax year, but next month will see the introduction of new rules covering houses in multiple occupation (HMO) and evictions.

Here's what you need to know.

Landlords: how to slash your costs

From 1st October, there will be a significant change to the licensing of houses in multiple occupation (HMOs) for landlords.

Currently, you only have to get a licence if the property has at least three storeys and is being occupied by five or more individuals, who are not all related to each other.

In addition, some local authorities can require licences for HMO properties in specific areas, even if they don’t tick either of those boxes.

Licencing is about to become far more widespread though, as the minimum property size is being removed. As a result, any HMO properties with five or more occupants will require a licence.

You’ll need to get a move on too as you need to have applied for your licence before 1st October, otherwise you’ll be classed as renting the property out illegally.

The changes to licences aren’t the only development for HMO landlords to be aware of. There will also be minimum room sizes for any room being used as a bedroom.

The minimum sizes are:

Any rooms that are smaller than 4.64㎡ cannot be used as a bedroom. In fact, if there is any room within the HMO that is smaller than that, irrespective of how it’s being used, the landlord will have to inform the local housing authority.

One of the ways that a landlord can take back possession of a rental property is by issuing them with a Section 21 notice. The landlord doesn’t have to give a reason for claiming back possession but must provide the tenant with at least two months’ notice.

The Deregulation Act 2015 changed the way that a Section 21 notice can be used to bring some tenancies to an end, though this was limited to tenancies agreed on or after 1 October 2015.

However, from 1st October 2018, this is being extended to all tenancies.

So what’s changing? For starters, a Section 21 notice cannot be issued during the first four months of a tenancy (though this doesn’t apply if a tenancy has been renewed).

In addition, the notice is only valid for six months from the date on which it was issued. If you don’t follow up with possession proceedings within that six month period, you’ll have to issue another Section 21 notice.

The big change though is over ‘revenge evictions’.

Essentially, if a tenant makes a legitimate complaint about something to do with a property, such as repairs that are needed, and they aren’t dealt with then the tenant can take the issue to the local housing authority.

If the council then issues an improvement notice or emergency work notice ordering the improvements to be carried out, then you will need to act on that before issuing a Section 21 notice. Otherwise, your notice will be invalid.

So those are the key changes you need to be aware of for October. Now let's look a little further back at the other changes that have already happened in 2018.

Before April 2017 it was possible for landlords to deduct the interest they paid on their mortgages from their taxable income – which meant they paid tax on their profits rather than their turnover.

However, the Government decided to change the rules on that, amid concerns that buy-to-let landlords gained tax benefits that homeowners couldn’t, giving them an unfair advantage. That all began changing in the last year.

Now read: How to become a buy-to-let landlord

From April last year, landlords were only able to claim relief on 75% of their mortgage interest. From April this year, that fell to 50% and it’s going to keep galling until it reaches 0% in 2020.

At that point, it will be replaced by a tax credit equivalent to 20% of mortgage interest.

New rules mean that from April this year new tenancies and renewals need to be at least rated E on their Energy Performance Certificates.

This rule will be rolled out across all tenancies over the next two years and landlords who don’t meet the requirements could face fines of up to £5,000.

However, an estimated 330,000 rented homes were below this standard when the rule was implemented in April, according to Which?.

While listed properties may be exempt, landlords of non-listed but older and structurally less efficient homes may need to worry.

It’s finally happened; after many pledges from Government, it has finally set up a national database of ‘rogue’ landlords to share with Local Authorities.

The Ministry of Housing, Communities and Local Government has created the database, which will include landlords who have a conviction for offences such as letting overcrowded properties, unlawful eviction and gas safety offences.

Its plan is that councils will be able to share data with each other more easily so they can monitor problem landlords more closely.

However, the list will not be made public and, because of that, the scheme has received some serious criticism.

How tenants can spot a rogue landlord before signing contracts

David Cox, chief executive of the Association of Residential Letting Agents (ARLA) says that it was a good idea but has been poorly executed.

“When this legislation was first announced, we were wildly supportive – anything which will help eradicate bad letting agents and landlords has our full support,” he explained.

“However, the outcome is disappointing. The database won’t be public, which means no one will be able to see it and therefore letting agents and landlords who are on the list can continue operating with impunity.

“This appears to be a pointless exercise; if the list were made public – like the equivalent for estate agents – rogue agents and landlords would leave the market for good.”

It’s not part of the 2018 tax year changes, but it’s possible it will come into force at some point in the next seven months, along with limits on deposits.

The ban may not directly affect most landlords but many letting agents and industry commentators have suggested that it will mean a hike in prices for them as their agents recoup their lost profits.

Now read: Is buy-to-let through a limited company a mistake?

What else could be coming?

Landlords might be getting tired of the political spotlight but with more and more people renting, especially younger people, mainstream politicians are increasingly recognising there’s a public appetite for housing reform.

So there’s likely to be more changes even before the next tax year. There has been talk of a new Ombudsman that could deliver binding resolutions to owner/tenant disputes.

There’s likely to be a new code of practice introduced to increase greater fairness for renters and the Draft Tenant Fees Bill could well mean that rental deposits are capped at six weeks’-worth of rent.

Are you a landlord? What do you think about the changes? Have your say using the comments below.