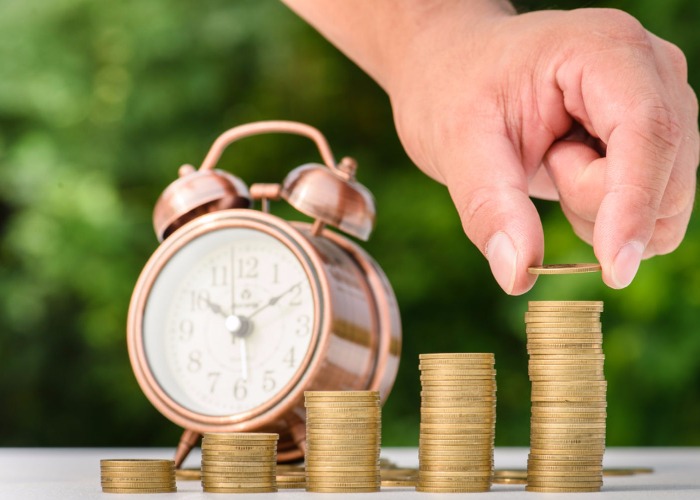 Halifax has jumped straight to the top of the savings charts with its new fixed-rate ISA. But I think savers should think carefully before rushing in.

Good on Halifax. The bank more than doubled the interest rate on its five-year fixed rate ISA last week to a market-leading 2.25%.

It comes just as savers are rushing to use up their ISA allowance for the 2017/18 tax year and will no doubt be a popular option.

The fact that 2.25% is a rate worth celebrating illustrates the sorry state of British saving, but Halifax offering this rate is genuinely good news for savers.

That’s because it’s the first time in quite a while that a major bank is offering genuine competition in the best buy savings tables.

It’s such encouraging news, in fact, that you may want to wait before getting Halifax’s ISA.

Let me explain why.

Think about the long-term trend

By committing to pay savers 2.25% for the next five years Halifax is taking a gamble.

It’s betting that interest rates in the UK will rise enough to allow them to make a profit; if not in the first few months of then certainly over the course of the five-year period.

Get it wrong and you’ll miss out on these better rates as your money would be locked away (the penalty for withdrawing cash is a hefty one-year’s interest).

Unless you’re Mark Carney or one of his rate-setting cohorts, no-one can know for sure whether the Bank of England Base Rate, currently at 0.5%, will go up.

But the fact Halifax is offering this rate suggests they are banking on rates to rise.

In February the Bank of England noted the need for an “ongoing tightening of monetary policy”; in other words, a rate rise.

This could happen as soon as next month, with a majority of economists polled by Reuters expecting a rise to 0.75% in May.

The last time the base rate rose, in November, a raft of lenders released competitive new rates in response.

What’s more, there’s even talk of a potential second rate hike before year-end.

So, a year from now, you could be seriously regretting a decision to lock your money away for five years.

I’m certainly not suggesting you don’t use up your ISA allowance on Halifax’s admittedly generous deal.

What I’m saying is that you should think carefully about what you want to achieve with your savings given that rates could soon rise.

You could have a look at easy access ISAs, which pay up to 1.25% at present, or perhaps lock your savings away for a year (best ISA rate currently 1.45%) and then reassess your options in 2019.

This way, you won’t waste your ISA allowance – remember, you’re only allowed £20,000 per tax year and the deadline is just days away – but you’re also not putting all your eggs in one long-term basket.

Plus if you’re thinking of buying your first home or you’re under 40 and saving for retirement you won’t miss out on great Government incentives.

In summary, no one knows exactly what will happen to savings over the next five years, so locking your money away will always involve a level of guesswork.

Think talk of a Base Rate hike is wide of the mark and rates will actually fall? Then Halifax’s five-year deal would be an obvious move.

If, however, you feel rate hikes are on the way, be wary of locking all your savings away in a long-term account as you could miss out on better deals.

Unsure of what to do? You could hedge your bets and split your funds between a top fixed-rate ISA and an easy access account.

That doesn’t just mean ISAs or savings accounts: as we regularly remind readers, current accounts and regular saving accounts offer up to 5% interest rates on smaller sums and you can even get paid just for switching.

Those with more of a risk appetite could also look at investing, which historically has tended to outperform savings (although past performance is no guarantee of future returns).

Halifax’s five-year fixed ISA is great, but it isn’t the only competitive rate out there.

Hopefully, it’s a sign of better rates to come. So think carefully before locking your hard-earned cash away.

Find the best home for your savings