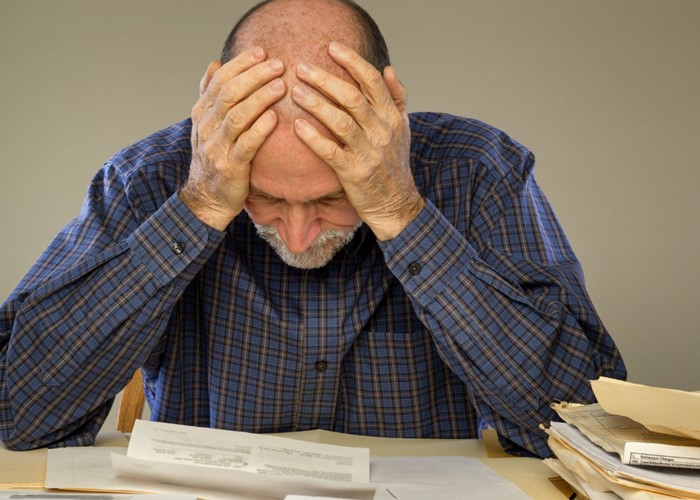 John Fitzsimons has been self-employed for just over a year. He's found a lot of work but there's still one thing he hates: late payments.

There have been a large number of benefits that I’ve enjoyed first-hand since going self-employed more than a year ago.

For example, this morning commuters at my local station had to deal with the chaos that ‘signalling problems’ bring, while my own commute consisted of moving from upstairs to downstairs.

But there are a number of significant downsides too, one of which I believe presents the biggest challenge to anyone considering going self-employed. And if I’m honest it’s one I didn’t think about enough, nor prepare sufficiently for, before taking the plunge.

There is a certain simplicity to life when you are employed. You know precisely what day you will be paid your entire monthly salary and generally you know what you will get as well.

It doesn’t work like that when you are self-employed. The money comes in (eventually), but it comes in stages. Some pay you the day you send in an invoice, and most – but certainly not all – manage to pay within a month. Every firm you deal with seems to have a different policy on precisely how and when they handle payments, which can make budgeting for a one-man band somewhat tricky.

I keep a spreadsheet detailing the work I am doing each month and what I will be paid for it, to ensure I’m on track.

The problem is that while I may have a great month in terms of the amount of work I do, that doesn’t always translate into my bank account receiving all of that money within the next month, which makes budgeting much tougher than I had expected.

Indeed, time needs to be set aside each month to devote to chasing up payments which still haven’t arrived.

Sometimes it’s a simple error and the missing payment is processed that same day. On other occasions it drags on interminably – in one case I had to chase payment for four months before it finally arrived.

The epidemic of late payments

I know what you’re thinking: typical privileged journalist from down south having a moan. But the truth is that all small businesses, from all industries, have to deal with this at some point.

In fact, according to the Federation of Small Businesses (FSB) around one in three payments to small businesses arrives late. These aren’t tiny sums either; on average, the size of a late payment is a massive £6,142.

These late payments can cause further financial problems too. The FSB found that more than a third of small businesses have run into cash flow problems as a result of late payments, while around 30% have been forced to use an overdraft.

I can relate to this – twice now I’ve had to turn to my savings to cover a shortfall, though thankfully I’ve been able to return that money once the payments eventually arrived.

I’m definitely one of the lucky ones though. The FSB reckons a massive 50,000 small businesses go to the wall each year as a direct result of late payments.

All of this is even more notable when you consider that record numbers of people are now choosing to work for themselves.

New research from Direct Line for Business suggests that as many as one in seven Brits are now self-employed, with the total number having grown by more than a million since 2008 to 4.8 million.

The reasons that people are going self-employed – and what they are concerned about – are telling too. One in five sole traders rank receiving all of the profits of their endeavours as the most attractive thing about their job status, the second most popular reason behind having more control over working hours and holidays.

But more than half pick out an unsteady income as a primary drawback.

Solving the problem of late payments

So, what’s the answer? If a firm drags their heels over payment, there is always the option of pursuing them in the small claims court.

But let’s be honest – that’s a potentially enormous time and money sink and is only really going to be a last resort.

It’s important to acknowledge who it is that’s most often guilty of late payments to small businesses, and that’s large businesses.

The FSB pointed out that larger businesses use their bargaining power to get away with late payment and “supply chain bullying”, with payment terms “imposed upon small businesses rather than negotiated”.

These firms need to be named and shamed, with some sort of consequence for their shoddy payment practices. That simply isn’t happening currently.

There is hope though. The Government promised a small business commissioner in the Queen’s Speech in 2015 and have finally got around to appointing one.

Paul Uppal is tasked with helping small businesses resolve payment disputes; there is now a website guiding firms on how to deal with late payment issues, while complaints can be made directly to the commissioner.

Unfortunately, changing this bizarre culture where putting off paying small businesses is acceptable will take some time. And there are limits to how much the commissioner can do unless he is given real power by the Government.

But it’s a positive that the issue is at least being recognised and attempts are being made to help. The fact that thousands of businesses go bust each year, through little fault of their own, is a disgrace.