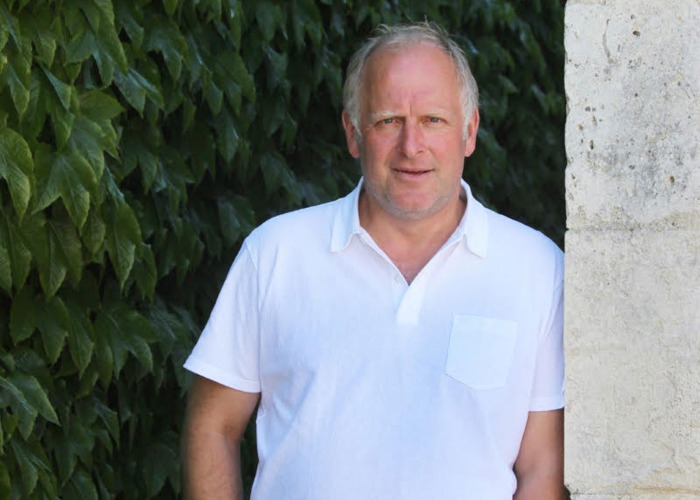 Inspired to uproot your life and start up a business abroad? loveMONEY has a chat with Trevor Leggett, who runs an award-winning estate agency in France. Trevor tells us about how he got the idea, the impact of Brexit and learning French in his local.

In the late '80s and the early '90s I had a building company before I moved to France – it was nine employees and myself. We restored people’s old properties.

The French property crisis came in the mid-‘90s and I took the opportunity to snap up some relatively cheap property, renovate them and sell them off.

I became what is known as a 'marchand de biens': someone who buys, restores and sells property.

During that period, we worked with several estate agents to sell our property. They didn’t work online – they simply placed a scruffy hand-written note in the window with the property details and a photograph, taken on an old-fashioned camera with a price written in black marker.

The fees were extortionate for what they were doing. There was no proper marketing, they didn’t have a contracts team, everything was left to the notaries.

I thought I could do it a lot better than they were doing it.

I set up my first estate agency in 1997 in partnership with my father and another agency and it ran for two years. A short while later my father got ill, so he had to retire and I found a new partner for the business.

I was planning to buy a place in Portugal, but I ended up buying a place in France and things quickly escalated: I renovated a property, a neighbour asked me to renovate their property, then I took on a much bigger project converting a chateau into a block of apartments.

I didn’t think at any point ‘Oh, I’m going to move to France’, despite the fact that it’s a great place to live. The weather’s a lot better, the people are a lot nicer, the food is good and the wine is even better (but we all know about that).

We’re an hour and a bit to the ocean and 35 minutes to Bordeaux.

The most important thing about business in France is that you must speak French fluently. Frankly, if you don’t you need to make it your first priority.

I knew a smattering of French when I moved, so the early days were difficult. I had to learn really quickly – it took me about 12 months. I would go to the bar and go and talk to the locals because, after a few pints, your French gets a lot better!

I would also listen to French talk radio in the car and I made a point of watching French television.

Fancy a trip to France? Make sure you sort out your travel insurance first.

When my partner and I set up a new business in 1999, we decided that the internet was the way forward. Our marketing budget much better spent online.

We knew by then that shops were not the future of the business. Jump ahead a few years and we had something that was really a marketable proposition.

Nowadays, most of what estate agents do can be done from their iPad – we’re moving into doing contracts with e-documents within the next three or four years, so that they can be electronically signed.

People want as much information as possible online so they don’t waste their time.

What we’ve done since is build the support from our head office to a higher and higher level. We have a contract team, a mandate team, a marketing team, our own IT department.

It started as a one-man band, then two, then three, then four. Our initial investment was small compared to today’s money.

The business has been built up over nearly 23 years, so it’s a very gradual process. I’ve invested a substantial amount into the business every year as we’ve gone along.

It’s never had any debt – we’ve always grown as we can afford to pay for things. I was nervous about incurring corporate debt.

Dealing with the paperwork

The red tape surrounding estate agencies in France is far simpler than the UK.

Everyone has to have a licence along with a clean bill of health and no criminal record. That goes for everyone in the business, from the owners to the salaried staff through to the agents on the ground. You have to be insured as well.

A visa is easy to obtain in France: the only condition is that you can support yourself financially, at least it was when I moved. Just behave yourself and pay your taxes.

Although we pay more in tax, we are taxed on fewer things. There are a lot more deductible expenses – companies are much more lenient with entertaining clients and travel costs.

It’s a different system that you do need to understand.

The impact of Brexit

Brexit has affected the business, without a doubt.

There are a lot more cash buyers around. The second home business is still thriving. Brits are still buying property, but the numbers have definitely slowed.

The problem is the uncertainty – it’s causing more damage to the market than anything. Once the rules and regulations have been clarified, I think it’ll go back to business as usual.

You should invest in people more than anything.

The staff are happy that we work in a lovely old stone building in the middle of a picturesque village. It’s very much still a family business and that’s the way we want it. We try to keep the corporate out.

We’re in a service industry – the service comes from people, not from IT.

Parts of the industry think that you can replace it all with property tech. It does help – but it doesn’t replace traditional service by any means.

We could’ve moved quicker at the start if we had more people. I wish I was bolder earlier on, rather than being so reticent.