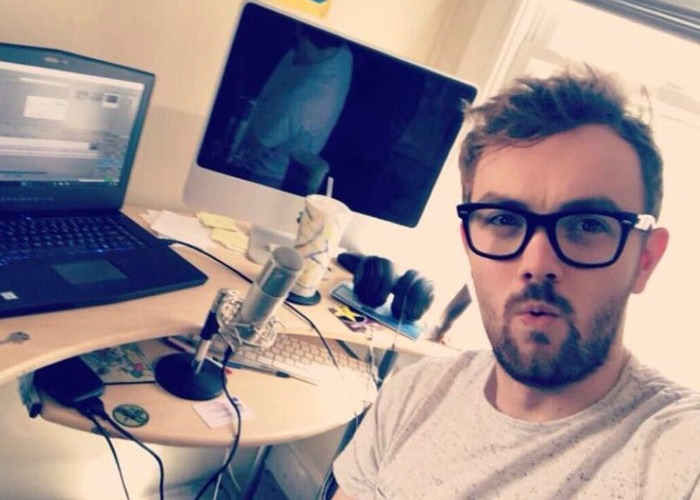 We chat to a young Brit who turned his passion for gaming into a £50,000-a-year career on YouTube.

Could you quit your job and make videos on YouTube full-time?

The idea of making your living from playing games on your mobile phone and then streaming them through sites like YouTube sounds fanciful. But Callum Willis (22) from Surrey is currently doing just that.

Callum – who streams as Seatin Man of Legends – left his job in digital marketing a couple of years ago to turn his hand to making videos for YouTube full-time, and has made a great success of it, building a channel with more than 92,000 subscribers which brings in between £35,000 and £50,000 a year.

So how did he do it? Here’s what can other aspiring YouTubers learn from his approach.

With any business, you really need to find a niche, something that nobody else is doing. That’s the exact approach Callum took with his channel, recognising that some mobile games did not have much in the way of YouTube tutorials.

There has been a market for video game tutorials for as long as there have been video games.

I remember as a child picking up the Super Nintendo magazine to get tips on certain games; those tutorials have simply moved online now, and sites like YouTube offer streamers the chance to actually demonstrate how to progress rather than try to explain it in written form.

Callum took an analytical approach to this. He noticed that the Contest of Champions mobile game – in which players battle as different characters from the Marvel line of comic books – had a significant following, but very little in the way of guides and tutorials on YouTube.

“I started by creating a huge spreadsheet listing every single question I could think of that a progressing Marvel Contest of Champions player would search for on YouTube.

"Then I worked to make a huge archive of videos that would provide an easy to understand and to the point answer to every question.

“Alongside this, I started doing videos on news, community controversy and expanding into every subject related to the game that I felt was worth talking about.”

Having a good idea for a video subject isn’t enough though; you also need to put the time into producing and editing your videos to a good standard.

Callum says: “In terms of equipment I took the time to do my own independent research into what the best production setup would be and once the channel started taking off invested heavily in myself.”

Working out what people are likely to be searching for on YouTube is a smart first step, but it can only take you so far. If you really want to get consistent views, then you need to build a decent number of subscribers, and that means spreading the word about what you are doing.

Most successful games have online communities and forums now, where gamers gather to discuss new developments, which makes them a useful way to promote your content, while social media is another tool that YouTubers use to their advantage.

I can attest to this – I first discovered Callum’s videos thanks to the Contest of Champions Reddit page, and have seen how quickly his videos are flagged up and discussed by other players.

There are a host of different ways that YouTubers can generate income from their videos. The simplest way is to join the YouTube Partner Programme, which essentially means that your videos will have ad breaks at certain points, with each ad running for a few seconds.

When this programme first launched anyone could join up, but this year YouTube amended the terms so that only channels which have had more than 10,000 views can apply to join. In other words, you’ll need to put in some work and build a following before you have the chance to make any money from it via YouTube’s Partner Programme.

Channels are paid for every 1,000 views they get, though Callum explains that the actual amounts that you earn can vary significantly. “These rates fluctuate constantly based on advertiser bidding wars for different genres, for example games, beauty, movies, etc,” he says.

Callum suggests that a “business-savvy YouTuber” can easily make a living from one million monetised views a month, and adds that some viewers are keen to support streamers with tips too.

There are a number of other ways to boost those revenues further, like Patreon – where ‘patrons’ commit to paying a little bit of money each month, and unlock additional content at certain payment levels – along with sponsored content.

Callum explains that he is regularly contacted by games developers offering to pay him up to $3,000 (around £2,200) to make a video playing and promoting their game across his social media channels.

“There are a lot of games in the mobile industry I think are rubbish, so I've made a stance that I don't promote games that I don't believe are worth playing.

"Early on I took a few sponsored opportunities to help build up the channel, but now I'm lucky enough to be sufficient,” he says.

Confessions of an ageing gamer

There was a time, not that long ago, that I found the idea of watching someone else playing a video game online was insane.

And I say that as someone who has been playing video games for the better part of three decades; I’m not exactly a gaming sceptic.

But I’ve completely changed my mind, particularly when it comes to videos that are more rooted in analysis and guidance than simply watching someone doing what I could be doing.

And the numbers suggest there are plenty of others like me who are not only willing to watch, but even to pay for it too.

As I’ve got older, I’ve become much more inclined to want to give money to people who provide free content that I enjoy.

This has primarily been with podcasts to date, but I could see myself doing it with YouTubers too. The content is free, but if I enjoy them and want to support them still being made in the future, then I’m more than happy to cough up a few quid every now and then.

It’s not exactly a traditional business model. But as people like Callum show, it’s one that can produce a decent living.

Have a business idea? Get it off the ground with a personal loan