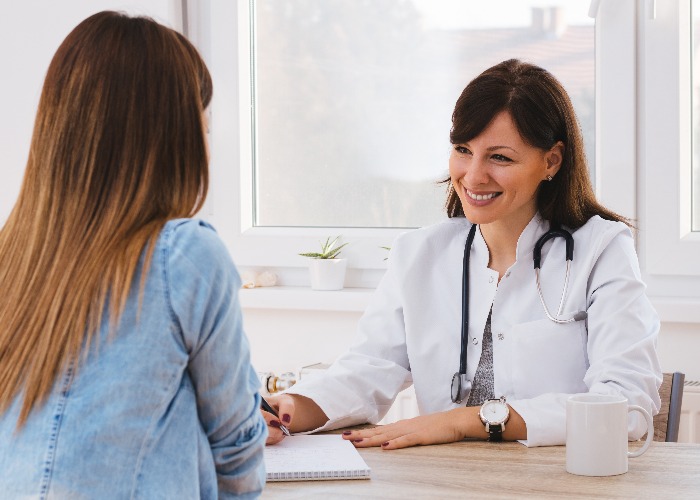 Far too many people are simply failing to turn up for appointments, because there are no consequences. That has to change, argues John Fitzsimons.

There are few things that unite people across the UK quite like the NHS.

It doesn’t matter where you stand on the political spectrum, or where you’re from, the vast majority of people are rightly proud of our National Health Service.

The trouble is that for such a national treasure, we aren’t really treating it as we should.

Recent research from Lancaster, Glasgow and Aberdeen Universities looked at the number of patients in Scotland who are failing to turn up to appointments.

They found that a frankly astonishing one in five patients had missed two or more appointments over a three-year period.

This obviously isn’t just an issue in Scotland: every day, appointments are needlessly missed the length and breadth of the UK.

How to get cheap private healthcare

We can’t afford to pay for missed appointments

The Government reckons that each time an appointment is missed, it costs the taxpayer around £108.

On an annual basis, the total number of missed appointments sets the NHS back around £160 million according to the most recent figures.

We already know that the NHS is creaking and underfunded; it’s appalling that we can accept such vast sums going down the drain because some patients simply cannot be bothered to turn up for their appointments.

Part of the problem here is that there are no consequences for missing an appointment. If you book a spot with your GP but don’t show up, what’s going to happen? Nothing.

Let’s compare that to dentists, who will also treat you on the NHS. If you fail to show up for an appointment, while you won’t be charged, the dentist is entitled to refuse to treat you in the future.

So there is at least a consequence for failing to cancel an appointment and simply not showing up.

If we are to tackle the number of missed GP appointments, then we need something similar.

While you can’t really have GPs refusing to treat people, we need an alternative. And that’s where a small charge comes in.

Could we charge to see a GP?

Back in 2013, the think tank Reform suggested that there should be a £10 charge to see a GP, alongside other charges such as a £10 fee for each night you spend in hospital.

The think tank argued that these charges would raise £1.2 billion a year, even with exemptions for certain patients.

Personally, I don’t think that’s the right way to view this; we shouldn’t be charged to see a GP as a way to raise extra cash for the NHS.

That’s what we have taxes for.

No, I think a better way would be to view any charge as a deposit. Say, £5 for an appointment.

If you turn up (as you should) that money is then returned to you. It’s only if you don’t show up that you actually face a financial cost.

Obviously, a £5 charge won’t cover the actual cost that the NHS faces from a missed appointment. But it should serve as something of a deterrent which would cut the number of appointments missed overall.

In theory, this should be very simple to do digitally; plenty of GPs now allow you to book and manage your appointments online, so there’s no good reason that this added financial functionality could not be added too.

Everybody would have their own ‘account’ essentially, and it could be topped up where necessary.

I say in theory because whenever technology and massive organisations like the NHS come together, the process inevitably seems to take twice as long - and cost at least twice as much – as it should.

How to get cheap private healthcare

There are some significant potential downsides to consider though.

Firstly, no matter what figure you set, whether it’s £1 or £10, there will be some people for whom that is unaffordable.

We do not want a situation where receiving appropriate healthcare is seen as being out of reach financially.

As a result, there would need to be some exemptions in place for the most vulnerable and for those who are likely to require more frequent GP visits.

There is also a psychological issue to consider. Plenty of people already put off visiting the doctor out of embarrassment or not wanting to feel that they have wasted the doctor’s time.

Implementing a charge for a GP appointment is not exactly going to help there, though really tackling the reticence of some to get medical assistance when necessary is a question of education and stripping away the idea that you need to ‘toughen up’ or ‘shake it off’ if you aren’t feeling right.

Nonetheless, I really believe that we need to remove the idea that skipping out on a GP appointment is consequence-free, and adding a small refundable charge for a GP visit seems a relatively simple way to do so.

But I’m open to suggestions; what do you think?