The new year brings with it a number of big financial changes that could dent your wallet or boost your income.

Here’s what you need to know and what you can do to grab any extra cash or benefits and avoid any new traps.

Retirees are in for a big increase to their State Pension payments next year, due to the high rate of inflation.

In the Autumn Statement, Chancellor Jeremy Hunt tweaked the rules, allowing councils to increase Council Tax rates by up to 3% without having to hold a referendum with locals, with a further 2% rise permitted if they gave responsibility for social care.

That means councils could increase rates by up to 5%, rather than 3%.

Some councils have already come forward to propose increases of up to this level, meaning many of us will have to pay far more from when the new rates kick in from April.

See if you could cut your Council Tax bill

Energy bills are, understandably, a big source of worry for many at the moment.

While the Government has taken some action with the energy price guarantee, which freezes the unit cost of gas and electricity, our bills will still be decided by our level of energy use.

For the typical household, annual bills will work out around £2,500 under the energy price guarantee.

However, those unit prices are set to increase from April, meaning that the typical household’s bill would move to £3,000.

While that may be better than if the energy price cap was still operational, it’s nonetheless a lot more than most of us are used to paying.

The energy price guarantee isn’t the only help introduced by the Government in 2022. There was also the energy bills support scheme, which everyone is entitled to and works out at a £400 discount from our energy bills over the winter months.

It has been split into stages, so that we all get £66 or £67 off our monthly bill from October until April.

Of course, that means that once it comes to an end our bills will have the double whammy of no longer having this discount, and also being subject to the higher unit prices courtesy of the higher energy price guarantee.

5. Universal Credit and other benefits to rise

Despite speculation, the Government eventually confirmed that it will be increasing all state benefits in line with inflation from April. That was recorded at 10.1% for the relevant month, so it means a pretty significant increase.

Other benefits will also increase at this point. For example, the higher rate of attendance allowance will move from £92.40 per week to £101.75, while the standard minimum for pension credit will move from £182.60 to £201.05.

The rate you get depends on your age and whether you’re an apprentice or full employee.

In the Autumn Statement, Jeremy Hunt confirmed he was lowering the threshold at which point people start paying the additional rate of Income Tax on their earnings.

8. More Base Rate rises to come

2022 has been a big year for Base Rate rises, as the Bank of England has attempted to get the extraordinary rate of inflation under control.

It seems almost inevitable that there are further increases to come, with the markets currently pricing in Base Rate hitting 4% and above in the first quarter of 2023, which will have a real impact on savers and borrowers alike. 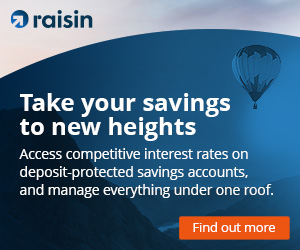 The Help to Buy scheme has been a significant support scheme within the housing market for almost a decade now, allowing buyers to purchase a new-build home with only a 5% deposit.

However, it will be coming to an end in 2023. Applications already had to be in by the end of October 2022, but buyers are required to legally complete on purchases by 31 March 2023 in order to qualify for the scheme.

We don’t yet know precisely what our water bills will be, once the new levels kick in from the start of April.

However, we do know that a host of suppliers are being forced to hand discounts to their customers after they failed to meet targets on things like pollution and water supply interruptions.

For example, Thames Water is having to give customers discounts worth a total of £50m, while Southern Water is paying back £30m.

As we get closer to April we will get a better idea of what difference these discounts make to the likely increases to our water bills.