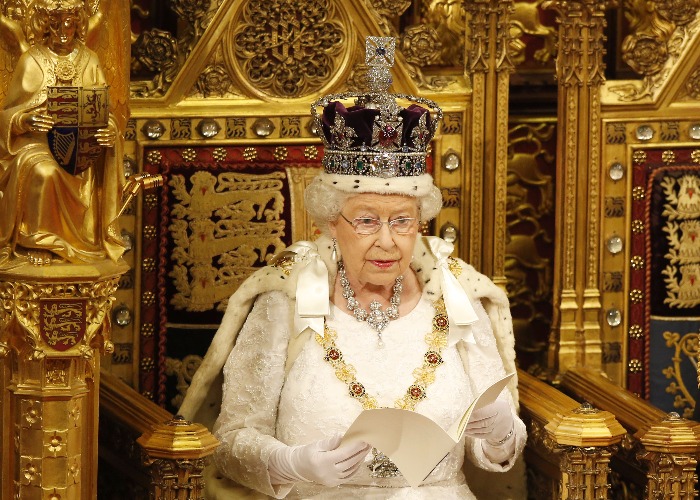 Here are the key announcements from the Queen’s Speech that will affect our finances over the next two years.

The Queen has delivered her annual speech at the State Opening of Parliament, outlining the Government’s plans for the next two years (next year’s speech has been cancelled to focus on Brexit).

Normally the Queen’s Speech reflects the Government’s manifesto, but as the Conservatives failed to secure a majority at the General Election some of the most controversial proposals have been dropped.

Here’s a round-up of the key bills that will make a difference to your finances out of the 27 announced today.

The Queen announced eight ‘Brexit Bills’ including the Repeal Bill.

The Repeal Bill will revoke the European Communities Act 1972 to take Britain out of the EU.

This will transfer EU rules and regulations into UK law to avoid any short-term chaos and ensure a smoother transition as we leave the EU.

This will allow the UK to pick what it wants to keep, amend or throw out over the next few years. However, this is a big job and there are an estimated 19,000 laws to go through.

The bill will create temporary powers for Parliament to make secondary legislation, which can be used to ensure certain laws are passed quickly, but that means less scrutiny over what we end up with.

The Government wants to crackdown on rip-off fees faced by renters.

The draft Tenants’ Fee Bill will ban landlords and agents charging unfair letting fees or any payments as condition for a tenancy other than rent.

It will also introduce a cap on refundable security deposits, holding deposits and tenant default fees.

The Smart Meter Bill will increase powers to make changes to smart meter regulations and make sure the now-optional roll-out continues smoothly.

It will also introduce a Special Administration Regime to ensure their ongoing operation should providers go bust.

The Civil Liability Bill will tackle the compensation culture which is putting pressure on motor insurance premiums.

The bill will ban offers to settle claims without the support of medical evidence and introduce a new fixed tariff of compensation for whiplash injuries.

The move is expected to reduce motor insurance premiums by up to £35 a year.

The Travel Protection Bill will improve protection for holidaymakers through the ATOL scheme to align it with enhancements to the package travel rules that were in place before people booked holidays online.

The Automated and Electric Vehicles Bill will ensure the law keeps pace with modern technology like electric and driverless cars.

It will provide for the installation of charging points for electric and hydrogen vehicles and make sure motor vehicle insurance is updated to cover the use of automated ‘driverless cars’.

The Good Mortgages Bill will increase protection for borrowers who take out a loan on goods that they own like their car.

The bill will ensure these so called ‘logbook loans’ will have more information for borrowers and there are more safeguards for those that get into financial difficulty.

The National Insurance Contributions Bill will push through the changes announced in the Autumn Statement around salary sacrifice schemes.

The National Living Wage will also be increased as planned.

The Armed Forces Bill will offer more opportunities for part-time service and enable service personnel returning from special leave including maternity, shared parental and adoption leave to have more options when returning to work.

What didn’t make the speech

Here are some of the key Tory manifesto pledges missing from today’s speech.

Parents worried about having to factor paying for school lunches again can breathe a sigh of relief as the plan to scrap them appears to have been dropped.

There was no mention of replacing free school lunches for all infants with free school breakfasts for all primary school children (apart from the poorest students) in the Queen’s Speech.

The pledge to make the Winter Fuel Allowance for pensioners means tested also appears to have been dropped.

Currently this pays up to £300 a year to help pensioners with fuel bills – whether they need it or not.

The scheme costs £3 billion, which the Institute for Fiscal Studies reckoned could have been halved by moving to a means-tested system. The money raised was supposed to go towards health and social care.

However, the DUP were notably against this move, which could explain why it has been dropped.

The controversial manifesto pledge on social care was also missing from the Queen’s Speech.

Under Conservative proposals, dubbed the ‘dementia tax’ by critics, the value of assets would have to exceed £100,000 (rising from £23,250) before someone had to pay for social care. However, property would be included in the calculation for people seeking care in their homes.

The Queen only stated: “My ministers will work to improve social care and will bring forward proposals for consultation.”

This suggest the plan could be overhauled and reworked.

The Conservatives promise to introduce a cap on energy bills was also missing from today’s speech though it might not be completely off the table.

The Queen stated: “My government will ensure fairer markets for consumers, this will include bringing forward measures to help tackle unfair practices in the energy market to help reduce energy bills.”

The Tories wanted to tackle the problem of households sticking with expensive standard variable tariffs by forcing energy firms to cap these prices. The ‘safeguard tariff cap’ was meant to offer price protection to households that tend not to switch.

It’s reported that the policy could save about £100 a year for 17 million families. However, critics said the plan could push up prices for savvy households that do switch deals. Take a look at Opinion: May’s energy price cap will hit savvy switchers for our take.

The reforms will be consulted on in a green paper, which will also look at unfair terms and subscription traps.

MPs will start debating the announcements from the Queen’s Speech this afternoon and will have to vote on the bills next week.

The Conservatives just about have the numbers to get their plans through so long as all their MPs toe the line.

They have 317 MPs that can vote, which may be bolstered by the 10 DUP MPs coming on board.

Labour, combined with other smaller parties, only have 315 MPs that could rock the boat to try and block these bills from going through.

loveMONEY election manifesto: our plan for a fairer financial system

Foreign currency exchange: don't get ripped off on your travel money