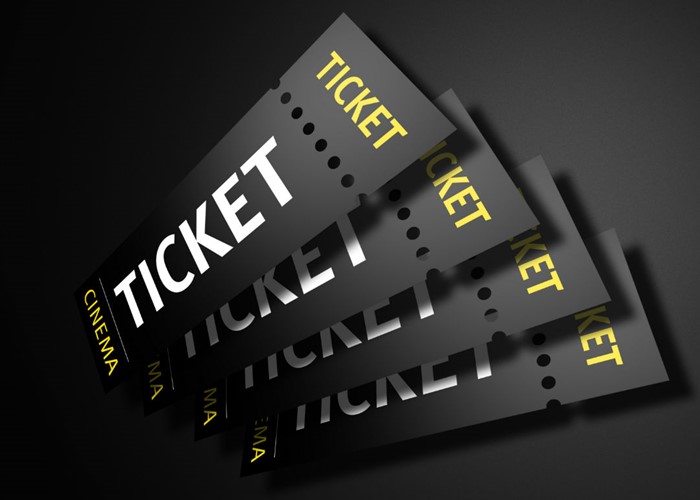 Fans are being ripped off by professional touts and the dodgy practices of secondary websites. Here’s what the Government should do and how we can fight back now.

The secondary ticket market is being widely exploited by ticket touts and there is evidence that some reselling websites are just as bad.

Hardly a day goes by without tickets for a tour or show selling out within moments of going on sale, only to reappear on secondary ticket websites at grossly inflated prices.

So, what’s going on and what can be done to stop it?

Live music magazine IQ estimates the secondary ticketing market is worth £1 billion a year and half of this comes from music events.

While many people might have a valid reason for needing to resell a ticket, there are a growing number of professional touts using ‘bots’ to bulk buy tickets and sell them for a profit.

This practice restricts the overall supply and means that genuine fans must pay significantly more than face value or miss out altogether.

Earlier this month, tickets to an Ed Sheeran charity gig in aid of the Teenage Cancer Trust went on sale for between £50 and £100, but were reportedly being sold for up to £5,000 on resale website Viagogo — the size of a small loan!

One of the major problems is the secondary ticket market for many events in the UK is unregulated, so selling tickets at prices above face value is entirely legal.

The other issue is how tickets are sold. According to the FanFair Alliance, a lobby group against touts, artists are only allocated a small percentage of tickets, sometimes as little as 8% and so have little control on how they are sold and resold.

It’s the promotors that get the bulk of tickets to sell.

Live Nation is the biggest promoter in the UK and Europe. It sells tickets through primary ticket site Ticketmaster, but also owns GetMeIn! and Seatwave – two of the UK’s biggest secondary ticket selling platforms.

Recently, secondary ticket websites have faced claims that they are ripping off fans through dodgy practices that are just as bad as that of the touts.

Research from consumer site Which? in November 2015 found evidence of tickets on sale before they were even released, tickets appearing simultaneously on primary and re-sale sites and re-sale restrictions being ignored on Get Me In!, Seatwave, Viagogo and StubHub.

Legislation to combat touts is patchy. The market is largely unregulated for music events, plays and many live cultural and sporting events.

The Government strengthened the rights of ticket buyers in October 2015 with the introduction of the Consumer Rights Act, which set out guidelines for what details must be provided when tickets are sold online.

Listings must show the original face value of the ticket, explain whether there are any restrictions on the use of resold tickets resulting in a person being denied access and where a seat is in the venue.

This legislation in theory should curb the practice of tickets going straight from the primary to the secondary market as resellers won’t have the ticket to hand and so wouldn’t be able to provide details like the seat number.

But even these small protections are being flouted.

Back in May 2016 Which? found examples of tickets being sold in breach of these legal requirements with key information like row and seat numbers, and the original face value of the ticket missing on listings on websites including GetMeIn!, Seatwave, StubHub and Viagogo.

Currently the Competition and Markets Authority (CMA) is investigating secondary ticketing websites to see if they’re allowing the Consumer Rights Act 2015 to be violated.

One piece of legislation that could make a difference is a change to the Digital Economy Bill, making it illegal to use ‘bots’ to bypass the maximum number of tickets that can be bought online and offenders will face fines.

What other countries are doing

Anti-bot legislation is already operating in the United States with the Better Online Ticket Sales (BOTS) Act of 2016.

But in Europe the law is much tougher.

In France, resale of sport, cultural or live entertainment tickets is forbidden and can attract a €15,000 fine, which rises to €30,000 if the offence is repeated.

In Denmark and Norway it is against the law to resell concert tickets for profit.

The investigation was prompted by a Coldplay concert in Milan, where hundreds of tickets appeared on secondary sites within minutes of going on sale at hugely inflated prices.

An amendment to Italy’s 2017 Budget Law, introduced by culture minister Dario Franceschini, is set to criminalise ticket touting by prohibiting the ‘sale, or any other form of placement of tickets’ by anyone other than the issuer.

Fines could range between €5,000 and €180,000 for those that don’t get the message. However, the rules will allow for the occasional resale of an unwanted ticket, which is 'not sanctioned when carried out by a physical person on an occasional basis, provided there is no commercial purpose'.

How artists and organisers are fighting back

Some artists and organisers are fighting back to stop touts and curb dodgy secondary ticket website practices.

Metal legends Iron Maiden are using paperless tickets linked to an individual’s payment method and have banned the resale of its tickets to help combat touts on their latest tour.

This means the name of the purchaser will be on the ticket and to gain entry they will need to have the card used to pay. If your plans change and you can’t come to the gig you won’t be able to sell on any platform.

While it sounds like hassle, the band states: “We think these procedures will save our fans hundreds of thousands of pounds in unnecessary markups and dodgy deals.”

Other artists, like Ed Sheeran and Adele, are partnering with face-value ticket resale platforms like Twickets to ensure fans can exchange tickets without having to pay more.

Glastonbury’s ticketing requires music fans to pre-register and upload a passport photograph, which appears on their ticket, making it non-transferable.

How to stop the ticket rip-off

By adopting the actions of a few artists, promotors and European countries, we could take the fight to the touts in the UK.

Use an ID system – putting names on tickets and asking for ID when attending a show.

Go paperless – artist should push for paperless tickets, which can stop unauthorised for-profit resales. With a paperless ticket, only those who paid for the ticket would be able to get into the venue.

Outlaw the secondary ticket market altogether –  it’s a practice already operating in some European countries. This would stop touts rushing to buy tickets to resell and tickets could be returned if no longer needed.

How you can beat touts now

There's no guarantee that the Government will take real action on the secondary ticket market. However, there are things you can do to fight back.

Join the fan club – sign up and you may get priority booking, or discount codes for an event when tickets are released.

Be in the know – use sites like Get to the Front  and Beat the Touts, which list advance tour dates, and sign up for alerts from primary sites, such as Ticketmaster and Seetickets to know when tickets are being released.

Beat the queue – O2 Priority and American Express customers often get priority tickets before they go on general sale.

Check with the venue – the venue box office is often the cheapest option because most don’t charge booking or postage fees. If it’s not nearby, check the venue website.

Buy from other fans – if you miss the boat and a show is sold out, try an ethical ticket exchange rather than paying over the odds for a ticket from a tout. Scarlet Mist and Twickets allow people to buy or sell spare tickets at face value or less.

For more check out the FanFair Alliance, which has a guide full of tips for beating the touts when buying music tickets online.

Cheaper ways to go to concerts and gigs

How to get free and cheap cinema tickets

Best way to get Wimbledon tickets