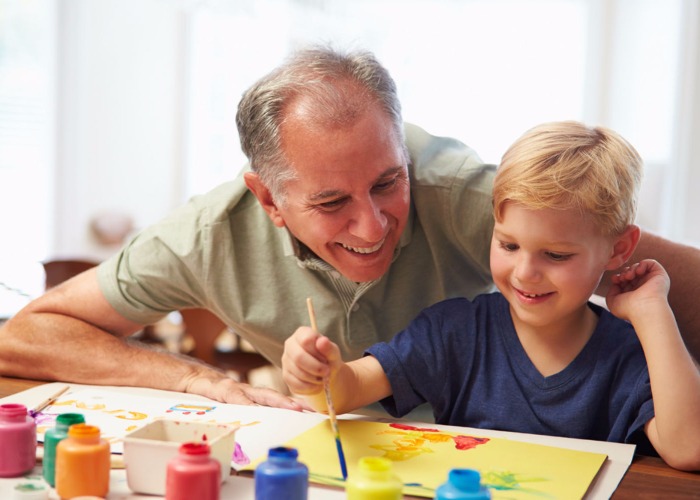 Relatives looking after a child while a parent works could be entitled to a State Pension top up, but the vast majority of eligible claimants are missing out.

Many thousands of carers are still missing out on a pension boost that could be worth thousands in retirement.

Currently, any relative looking after a child in order to allow a parent to return to work may be entitled to a National Insurance Credit (NIC) that tops up their State Pension.

Known as the Specified Adult Childcare Credits, they're worth £250 a year and it's estimated as many as a million people could be eligible.

However, research from insurer Royal London found that many carers, most of whom are the child’s grandparents, are yet to claim.

If a mother goes back to work after the birth of a child, she can sign a form that allows a grandparent or other family member to receive National Insurance Credits for looking after the child.

According to Royal London, a grandparent who gives up work to look after the grandchild would otherwise be losing out on valuable State Pension rights.

Any relative can claim once mum has gone back to work, as long as they’re of working age and the children that they look after are under 12.

Interested in a SIPP or Stocks and Shares ISA? Visit the loveMONEY investment centre today

A Freedom of Information request by Royal London found that just under 18,000 people have claimed the valuable benefit in the last 19 months.

Steve Webb, director of policy at Royal London and a former pensions minister, described this number as a "drop in the ocean".

He added: “It is increasingly common for grandparents to spend some time each week looking after their grandchildren, often to enable a parent to go out to work.

"It would be quite wrong if these grandparents suffered financially in terms of their own state pension as a result.

"This scheme needs to be much better publicised and I would encourage any family with a grandparent under pension age who helps out with the childcare to find out more."

You can even make backdated claims on the credits as far back as 2011. You can fill in the form here.

To make sure your retirement planning remains on course, make sure you avoid these five costly pension mistakes that will slash your income.

Interested in a SIPP or Stocks and Shares ISA? Visit the loveMONEY investment centre today

Government's pension disaster - and how they should fix it

6 ways to boost your income in retirement

State Pension: 6 mistakes that impact how you get paid