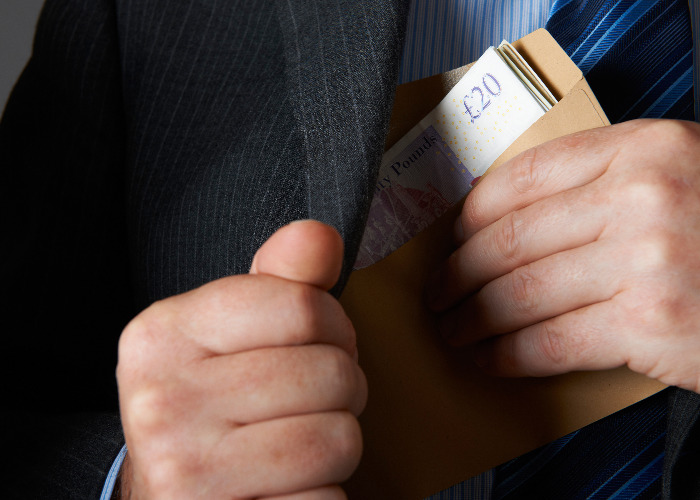 Is working ‘off the books’ a fair way to keep a little extra or is it morally and legally wrong? Felicity Hannah, delves into the shadow economy.

Cash in hand. The hidden economy. The grey market. The shadow economy. Working off the books.

It has more names than the entire series of Harry Potter (and frankly Harry Potter and the Shadow Economy sounds perfectly plausible) but it has existed in pretty much every civilisation that has collected taxes and regulated work.

There will always be people who don’t want to hand over a share of their income to the taxman.

The wealthy may do it through dubious schemes; less well-off people typically do it by agreeing to be paid with hard cash – keeping it off the books and out of the taxman’s coffers.

However, failure to pay taxes is a serious offence, legally and – many people would argue – morally. So how big a problem is this and what are the potential ramifications for those involved? We’ve been finding out.

How much tax is lost?

Most of us accept a degree of cash-in-hand work – we’re happy to pay a teenage babysitter in cash, for example.

Other people may be pleased to pay cash if it means they can get a lower price on work, with many even offering tradespeople cash on the understanding they will pay less.

So how much is the UK losing out in tax?

The latest available figures from HMRC cover the 2016/17 tax year. It estimates that the 'hidden economy' cost it £1.8 billion.

It’s easy to talk about cash-in-hand working and its effect on the economy, but who are the people actually doing it?

Unsurprisingly, it was hard to find people willing to talk about their experiences in the hidden economy. People have gone to prison for avoiding their taxes this way.

However, we did speak to two people who admit to failing to declare their cash-in-hand income. One did it years ago, the other is currently avoiding tax this way.

First, a 42-year-old who does a number of casual labour roles on top of his regular hours: “I pay taxes,” he declares.

“I pay taxes on my main job, all through the books, all totally legit. And I pay taxes when I spend my money, lots of taxes, VAT and what have you.

"But I will admit that on the side I do some casual work that’s just money in my pocket, beer money, money for the kids, that kind of thing."

“I don’t feel bad about it, no. I work hard, I do pay taxes and I deserve to keep the extra I earn on top of that if I work extra hours… I also don’t agree with everything the Government does, like the money we send to other countries instead of looking after our own first.

"Maybe if we didn’t do that our taxes wouldn’t be so high!

"So no, I don’t think I should even have to feel bad. Maybe if I paid no taxes at all that wouldn’t be okay, but if I work extra hours then that’s money for me.”

The next case study worked in tourism a few years ago. It was work that attracted a transient workforce where most people were being paid cash in envelopes but she admits to receiving benefits for sickness at the same time.

“The owner of the company was a very unethical human being. He was paying cash in hand so it was his employees’ responsibility to pay their taxes but I very much doubt he was declaring all his own income, especially since he was being paid in cash himself.

“The amount I was earning was probably actually below the threshold [for paying tax] but my problem was that I was on benefits at that stage… I was doing little bits of volunteer work and getting back on my feet.

"I thought if I did a bit of work for cash in hand it might help; I thought I’d get back on my feet and get used to working. Eventually, that’s what happened and I got off benefits. I have a good job now and I pay all my taxes.

“I’m not saying I never worried about [not paying tax] but I worried more about being found out than the moral side of things.

"I probably did have moments of feeling bad but I felt more guilty about my co-workers because we weren’t earning much but I was getting a little bit more.”

You may not think that the shadow economy is a big problem here in the UK.

Many people would feel comfortable turning a blind eye to a student working a few shifts a week for some hard cash in their pockets or a parent helping a business out and earning some extra money in the run-up to Christmas.

However, there may be other good reasons not to worry excessively about work done off the books.

A report from the Institute of Economic Affairs explains: “We should also be wary about trying to stamp out the shadow economy as we may stamp out the entrepreneurship and business formation that goes with it.”

Yet companies can’t innovate and grow within the shadow economy because they are not legitimate. Perhaps another amnesty from the taxman would be a good way to tackle the issue.

One other reason for being concerned about cash-in-hand workers is that there is no way of checking they are receiving the minimum wage, or of policing the standards of their working environment.

After all, they are hardly likely to inform the police if they are engaged in undeclared work.

The Low Pay Commission has estimated that around 100,000 adults receive less than legal rates of pay, while the TUC has claimed that between 250,000 and 300,000 workers are being denied the National Minimum Wage.

But how can HMRC catch tax evaders when there is purposefully no paper trail or record?

Last year, it revealed it is assessing credit card records from small firms that it suspects of concealing income, to see if the card payments match up with the profits declared on their tax return – if 90% of transactions are listed as card payments then that can trigger a further investigation.

Comments made by taxman John Lyon at a conference were reported by the Mail Online, but the crackdown was illustrated by ‘Project Dobbin’, which saw 17 tradespeople sentenced for failing to declare earnings.

“This was a group of individuals who decided to keep taxpayers’ money that should have been funding vital public services,” commented a HMRC spokesperson.

“As self-employed traders in the construction industry, they believed it was a quick way to make easy cash, with little risk of getting caught - but they couldn’t have been more wrong.”

Want to report it?

If you suspect that a company is paying workers cash in hand without paying Income Tax or National Insurance then you can report it. If you think a tradesperson is concealing income, you can inform the taxman yourself.

The Government advises against trying to find out more about the fraud, telling anyone you know you’re making a report or encouraging anyone to commit a crime so you can gather more information.

Do you think it’s immoral to accept cash and not pay tax? Or is it inevitable? What should be done? Have your say using the comments below.