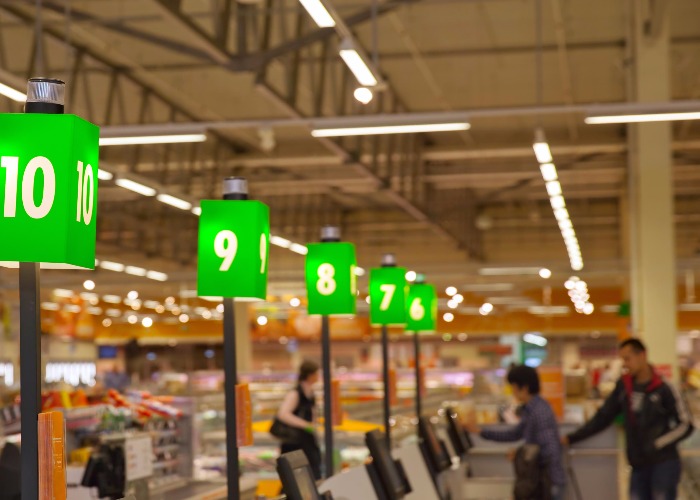 The cost of stolen items more than doubles in shops with self-scanning checkouts, research shows.

Self-service tills at supermarkets are apparently turning us into a nation of thieves.

Research by the University of Leicester has found that, by removing human contact, we feel we’re less likely to be caught so more likely to steal.

Most shops believe introducing automated checkouts will save them money by cutting staff costs, but the research has suggested these savings may be wiped out by the increase in theft.

If you really want free stuff, use a rewards credit card when shopping

Criminologists at the University of Leicester found that the cost of stolen items more than doubles in shops that introduce self-scanning.

This isn’t purely down to criminals being attracted to shops with self-service checkouts.

The research also found that usually honest souls start stealing because they don’t see it as being as wrong as if there was an interaction with a checkout employee.

In some cases, as much as 10% of shopping goes unscanned either due to customers forgetting to use the scanners consistently or because they simply choose to steal some of their shopping, says Adrian Beck, professor of criminology at the University of Leicester and co-author of the report.

“Both loved and loathed by consumers, with the phrase ‘unexpected item in the bagging area’ striking dread into many a shopper, self-scan technologies are growing in use and likely to become even more prominent as we are encouraged to use our mobile devices to scan and pay for products in the stores we visit,” he says.

“From the retailers’ perspective, the benefits seem obvious – less investment required in staff and checkout technologies, with the former being the biggest expense they face.

For the shopper it could mean the end of checkout queues as product scanning and payment can in theory be performed anywhere in the store at their convenience. To borrow a well-warn Top Gear phrase, ‘what could possibly go wrong’?”

The technology is known to infuriate customers with items not scanning correctly or a long wait for a staff member to over-ride a glitch or age verification.

This leads some people to steal purely out of spite at the hassle created by the automated systems.

Many people already have excuses ready for if they are caught often blaming the technology or their own ineptitude with computers.

This can make it difficult for stores to press ahead with prosecutions.

Want freebies? Use a rewards credit card when shopping

How shops are fighting back

The level of loss due to theft rises by 122% to an average 3.9% of turnover when automated systems are introduced, according to the research.

“Our research found that quite a bit could and does go wrong, with some potentially rather worrying long-term consequences,” says Beck.

Shops are fighting back by introducing random checks of people’s shopping, security tags and prompts to make people confirm they have scanned everything.

“All innovations in retailing are a business choice – hopefully done to make the shopper happier and the business more profitable,” says the report’s co-author Dr Matt Hopkins.

“But those same choices can also produce negative outcomes as well, such as increased opportunities for losses to occur.”

How to save on your online grocery shop

The biggest shopping rip-offs – and how to avoid them