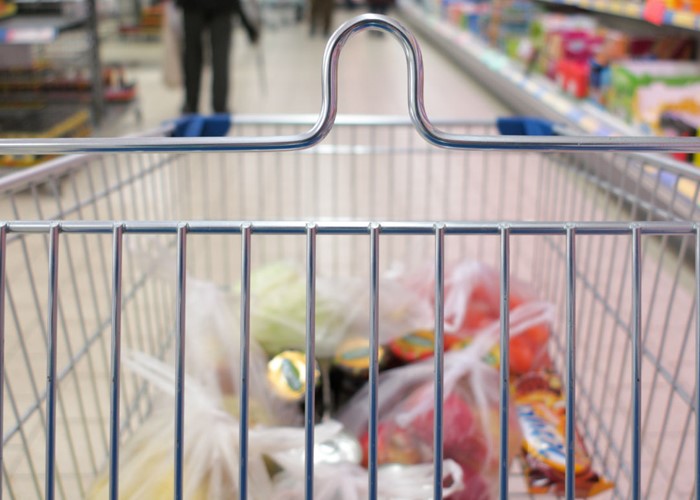 The results of the lovemoney.com sandwich taste test have proved once again that Lidl really is the king of good food...

It’s no secret that, here at lovemoney.com, we are rather fond of conducting blind taste tests to find out.

For example, we recently tested whether big brands actually taste better than supermarket own brands and found that no one can tell what PG Tips tea tastes like. Then, we put our lives (well, our stomachs) at risk to find out whether out-of-date food tastes just as good.

Yes, that's right - we will go to any lengths and use any excuse to get our hands on some free food.

So, given that we recently helped to launch a campaign called Bring Back Britain's Lunch Hour, we realised we had the perfect excuse to conduct our taste test on lunchtime sandwiches.

Although it usually works out cheaper to bring in your own packed lunch to work, many of us simply don’t have the time or inclination to do this.

It was time to put it to the test!

To keep things simple, we decided to taste a tuna and sweetcorn sandwich (not everyone’s, errr, cup of tea, I know) from seven different supermarkets – Sainsbury’s, ASDA, Tesco, The Co-op, Lidl, Marks and Spencer and Waitrose. All sandwiches were on malted bread.

Six volunteers then had the extremely challenging job of trying a little of each sandwich to see how they compared.

Admittedly, it was not the most scientific of tests, involving only six taste testers, but we thought it would be a fun one to do - we hope you approve. And you if you disagree with the results, bear in mind that it is easy to conduct and certainly one that you can do at home or in the office. So why try it yourself with your own colleagues or family?

After a lot of munching (and a few sore stomachs), here’s how the results turned out:

Following on from the popularity of Lidl last year, fans of deep discounters will be delighted to see that as well as offering the best mince pie, Lidl also offers the tastiest tuna sandwich! In fact, this sandwich scored a total of 123 points. And what’s even better about this result is that the Lidl sandwich was the cheapest by 26p at 99p per pack (or 57p per 100g). Hurrah!

Tasters said the bread was ‘very fresh’, the tuna was the ‘best tasting’ and the sandwich was ‘filling and wholesome’. That said, not everyone agreed. One tester thought the Lidl sandwich was ‘dry, stodgy, and not nice’. Oh well, you can't please everyone.

But while the cheapest sandwich did prove to be the tastiest, the second most popular sandwich was actually the most expensive - costing £2 (or £1.05 per 100g) from The Co-op. Comments included ‘very creamy mayo and very good quality tuna taste’ – although some tasters thought it was a bit too 'peppery' and one thought it was ‘very sloppy’ and 'strange-tasting'.

We compare some of the big food brands with supermarket own brands to see which tastes best!

Oddly, t?he least popular sandwich turned out to be the second cheapest - so unfortunately, ??I can't say that you're always guaranteed a tasty product if you spend less.

ASDA’s £1.25 sandwich only earned 97 points and was described as ‘chewy and unpleasant’, ‘dry’, and ‘lacking in flavour’. One tester also commented it was ‘made in a factory’.

However, if you were expecting the ‘posher’ supermarkets Waitrose and M&S to score highly, you’ll be disappointed. Both of these were in the bottom three, scoring 105 points and 103 points respectively. They were also two of the most expensive sandwiches - £1.60 for the Waitrose sandwich and £1.85 for the M&S sandwich.

The Waitrose sandwich was ‘not well mixed’ and ‘too fishy’, while the M&S sandwich was ‘cheap tasting’ and the bread was ‘dry and hard’.

So now we’ve established which sandwich tasted best, what about nutritional value? I thought it would be interesting to see whether the tastiest sandwich was in fact the healthiest or the fattiest. This is what I found out:

Interestingly, the three least popular sandwiches – Waitrose, M&S and ASDA – were also the fattiest. Waitrose took the top spot with a total of 23.1g of fat per pack, or 10.9g per 100g. This was nearly double the fat contained in all of the other sandwiches, although admittedly it was also the biggest sandwich.

OK, so as we mentioned earlier, this wasn’t the most scientific experiment in the world and ultimately, your favourite sandwich will depend on your own personal tastes. Some people prefer lots of mayonnaise in their sandwich, others prefer a lot less. Some people prefer chunks of tuna, while others prefer it to be blended in. Others hate the sight of sweetcorn and run screaming from tuna flakes.

You get my point. But overall, whatever your personal preferences, I think this test does show that just because deep discounters such as Lidl are cheaper, it doesn’t necessarily mean the quality will be worse. After all, not only have we found that Lidl mince pies are tastier than those from a range of other supermarkets, but now we've discovered their sandwiches are too!

So if you haven’t yet stepped into a Lidl store, perhaps now’s the time to do so! After all, according to our tests, their food is cheaper, tastier and healthier. What more could you ask for?

If you have an opinion on this topic, why not start a discussion in our Frugal Food group about it?

More: 10 ways to slash your supermarket spend | Have a posh packed lunch on a budget