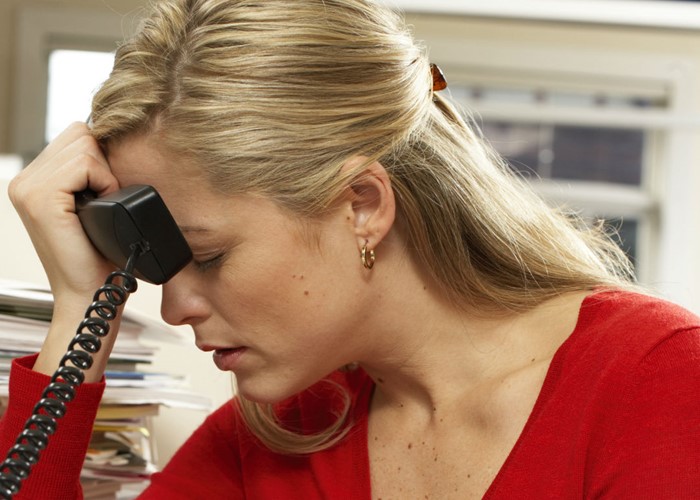 Analysis of Twitter venting shows true ordeal of trying to get through to the taxman.

Taxpayers calling HMRC are being made to wait an average of 47 minutes to get through to a real person, according to new research from Citizens Advice.

The charity looked at thousands of Twitter complaints to determine its figure.

It says frustrated callers tweeted the @HMRCgovuk Twitter account nearly 11,500 times in the last 12 months to vent their anger about the length of their wait.

Official figures suggest the average hold time to talk to a HMRC advisor should be 10 minutes, but the analysis shows many people are waiting much longer.

Citizens Advice says its analysis found tweets that came from 8,632 different accounts. In one extreme case a tweet revealed a caller had tried to get through to HMRC on four occasions, waiting an hour each time.

Peak months for complaints on Twitter unsurprisingly included January, when self-assessment tax returns are due, which saw 1,133 angry tweets.

Another peak period for Twitter venting was June and July, with 1,443 and 1,128 frustrated tweets found respectively. This is a vital time for those with questions about their Tax Credit renewal as the deadline falls on 31st July.

Callers may have been ringing up to explain a change of circumstances that would impact Tax Credits like losing a job or having a child. Tax Credits need to be adjusted accordingly when circumstances change to ensure the right amount is being paid. If these are overpaid they can cause debts later on.

The cost of being left hanging

Since HMRC phone lines are 0300 numbers they are charged at the same rate as a standard line call. However, those without an inclusive calls package may find a 47-minute call costs them £4.66.

But the much bigger cost is the potential number of urgent matters that are being left unresolved thanks to waits that are too long to bear.

Citizens Advice decided to carry out its Twitter study after it found more and more people were seeking alternative sources of help because they could not get through to an HMRC adviser.

The charity says it has assisted with 295,000 queries in the last 12 month which would need people to get in touch with HMRC. Three out of four cases related to Tax Credits while other revolved around Income tax, National Insurance Contributions and Child Benefit.

What’s more, the charity says it’s getting 67,000 hits a month on the tax credit section of its website making it the third most visited section of the site.

Citizens Advice Chief Executive Gillian Guy said: “People are paying the price for not getting through to HMRC. From fines for not completing a tax return in time to under or overpayments for tax credits, people can be left out of pocket because they cannot speak to HMRC on the phone. Work and caring responsibilities means not everyone will be able to wait for three quarters of an hour to ask HMRC a question.”

Citizens Advice is warning that with the roll-out of Universal Credit and changes to Tax Credits coming about soon it could mean waiting times soar further.

The charity says HMRC needs to take action urgently to address the problems many are experiencing on calls.

Guy said: “We have consistently raised this issue with the Government. But evidence from across the Citizens Advice service, and our new research, shows HMRC is still failing to provide a timely service."

Read How to beat the call centre queues for some tips on reducing the time it takes to get through to a real person.

Have you spent ages on hold to HMRC? Share your horror stories in the Comments section below.

Avoid tax on your savings with an ISA: compare accounts now

My new floor disaster: how I made every mistake in the book

TalkTalk to hike phone and broadband prices from October 2015

From mummification to sending your ashes into space: the cost of 'exotic' final resting places