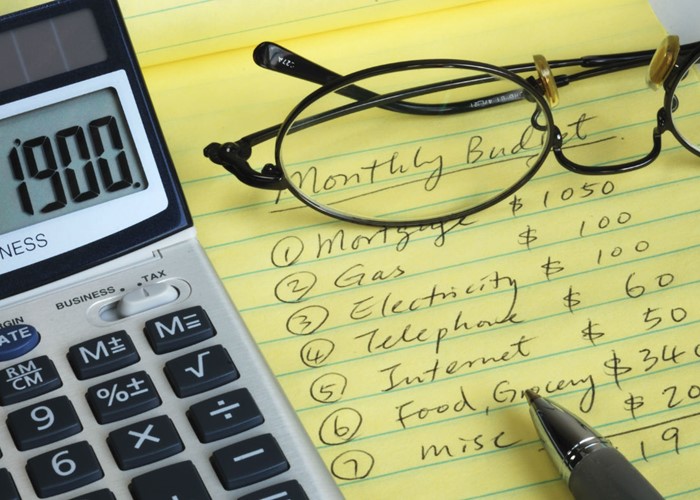 Believe it or not, there's a lot celebrities can teach us about money. They're actually not all that different from us.

My girlfriend occasionally buys what she calls 'Stupid Woman Magazine', which I think is the printed version of crashing in front of the TV to stop your brain from fizzing. (The main difference between TV and this magazine it seems to me is the latter has more adverts.)

SW magazine focuses largely on clothes and dieting, but the main attraction is celebrities, with a recent cover saying: Julia Roberts: “Family is more important than films.”

Here's what I realised about money and celebrities.

We read stories about Elton John (well some do, the rest of us can't help but be told about it sometimes) spending £20,000 on shoes and Victoria Beckham spending £500,000 one afternoon in Milan. No doubt they have clear consciences about buying glittery things instead of saving, say, a dozen lives. Or even one life. Since they're just blowing a small percentage of their wealth, it doesn't matter. Does it?

But the mistake they're making is they're confusing a percentage amount with a pound amount. If you think they're obscene, consider that confusing percentages with pounds is a normal mistake that we all make throughout our lives.

Let's say you want a DVD. In the shop down your road it costs £20, but with a short drive into town you'll have it for £10, saving a massive 50%. So you decide to drive into town.

Maybe you won't think all these expensively-clothed celebrities are so selfish any more. They just need lessons in economics.

Rachel Robson highlights four ways to save money as you shop!

You don't usually hear about people consistently making money from gambling, yet after a quick glance through Sunday Times' Rich List I counted 24 entries worth billions. But guess what? None of them got rich by gambling, but by selling to gamblers. Each of them has owned stakes in casinos, bingo halls, spread-betting companies, internet gaming and bookies.

Considering you need not much more than £20m to make the 2,000-name Rich List and that it still contains no gamblers, it doesn't look good for those who believe mega-success from gambling is possible. There must be millions of people trying, too. It's clear which way the odds are fixed: over the long-term, a gambler's wealth is transferred to the gambling industry.

Even so, it's possible, just possible, to win at poker often enough to make it a career. Liv Boeree, TV presenter and model, has won well over £1m in the past few years in several tournaments. She's done it by receiving coaching from top poker professionals, by being behind the scenes presenting poker programmes for years, and by having excellent maths skills and a cool head.

Considering how few people are successful at this, what we can learn is a) it's very competitive and b) we're much, much more likely to be financially successful if we work hard at real jobs. Leave poker to professionally-trained, former astrophysics students like Ms Boeree, who will only take your money off you.

Maybe you think I was a bit hard on Elton and Victoria earlier. (See, I'm on first name terms already. Maybe I could make the leap from financial analyst into celebrity journalism after all.) If so, consider that they might be making a different mistake of logic instead – or as well.

Cut the cost of going out

Letting your hair down doesn't have to cost you an arm and a leg.

It's probable that many rich celebrities think, “Wow, this week I've got £20,000 lying around. I'm going to use it to help loads of people.” They realise next week they've got even more money. “Jeez, you know what? I've already given £20k to charity, so this week I'll spend it on shoes.”

The mistake they're making is they're believing there is still value in money they've already spent (or, in this case, given away). Spent money is what economists call a 'sunk cost'. It's in the past.

Elton has found another £20k and so the logical thing to do is to forget money that's already gone and think what's best to do with this money now. Bearing in mind there are still people whose lives could be made significantly less miserable with that second £20,000, what should he do with it? Spend it all on shoes?

Again, before you start complaining about celebrity selfishness, consider that this is the same mistake that we all make in our daily lives. Here's an example: you go to Pizza Hut for the £6.50, all-you-can-eat buffet. You're going to get as much 'value' out of this as possible: you're going to eat till you need a short stick to cram just one more crust down your throat.

This isn't correct. You won't be happier by eating so much that you feel sick. (You'll be even less happy when you see yourself in the mirror the next morning, but my girlfriend could recommend a magazine with a “lose a kilo instantly” diet.) You don't gorge yourself to agony when you're at home, do you? (If you do, have you seen anyone about this?)

You have paid your £6.50 and that's now in the past. Now you should think: how much do I need to eat to be happy? The answer? The right amount is till I feel sated and content. Not till I'm green from pizza grease.

So hopefully by taking a look at celebrities and their lifestyles, we’ll all be able to learn a little more about how we can be better with our own finances.

More: Earn 6% on your savings | Hey big spender! Get the right plastic