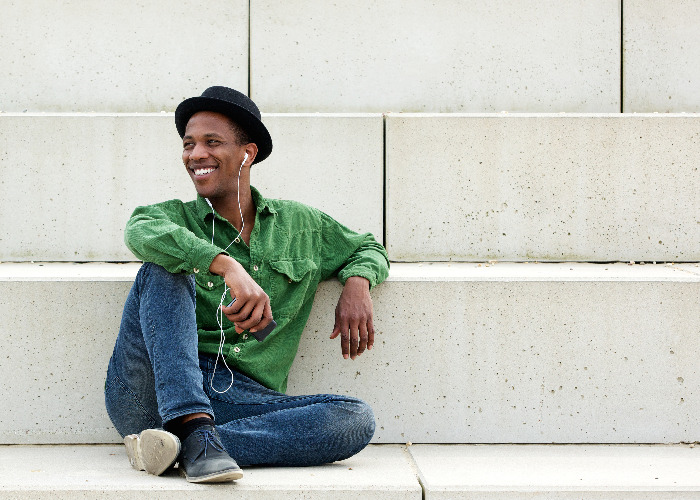 Get unlimited music, minutes and texts plus 4G data for under £25 a month.

Rok Mobile is the latest 4G SIM-only mobile virtual network operator (or MVNO) to launch in the UK and it’s got a tempting deal for music fans.

The new operator, which uses Three’s network to provide its service, offers unlimited ad-free music streaming, along with mobile data, texts and minutes, for under £25 a month.

What you can get

With the Rok Mobile Unlimited SIM you can get unlimited minutes, texts and music plus 4GB of 4G data on a 30-day SIM-only rolling contract for £24.99 a month.

Rok Mobile also offers a Test Drive SIM that allows you to give the service a spin. It includes 250 minutes, 500 texts and 500MB of 4G data for 30 days, plus unlimited music streaming for two weeks for £9.99.

The unlimited music streaming service is powered by the Rok Mobile music app, which is available on Android and iPhone smartphones.

Once you have your SIM you will need to download the app from either the Google Play or Apple App store in order to take advantage of the service on your device.

The Rok Mobile music app has a catalogue of over 20 million songs, offering unlimited ad-free streaming. You can also have up to 2,000 tracks downloaded at any one time, so you can listen to your favourite tunes on the go without using up any data.

Rok Mobile is the first network in the UK to offer an ongoing music streaming package as part of a 30-day mobile plan.

Vodafone is its nearest rival, as it offers a six- or 12-month Spotify subscription with its deals. However, it’s not an ongoing offer and is only available on 12-month SIM-only plans rather than 30-day rolling contracts.

Other premium ad-free music streaming subscription services from the likes of Spotify and Deezer cost £9.99 a month. Read Cheapest and best music streaming platforms for more.

To see how mixing and matching compares I’ve picked out other comparable 30-day 4G SIM-only deals offering 4GB of data or similar and combined the cost with a typical  £9.99 music subscription.

As you can see Rok Mobile is expensive when comparing it to other 4G SIM-only deals with a similar data offering. However, once you consider the cost of paying for a music subscription as well it's the most affordable and best value option.

GiffGaff’s £15 deal combined with a £9.99 music subscription service would cost £24.99 too, but only offers 500 minutes and 3GB of data compared to Rok Mobile’s unlimited minutes and 4GB of data.

If you pay for a music streaming service on top of your mobile deal and it’s more than what Rok Mobile is charging, you might want to reconsider your current set up.

Services like Spotify operate on a rolling contract so you can cancel penalty-free, but investigate what it would cost to change your current mobile deal too.

The other thing to consider is whether Rok Mobile will cater to your music tastes. While the Rok Mobile music app has a library of over 20 million tracks, rival services like Deezer and Spotify have a catalogue of over 30 million. So it’s a good idea to check out what’s on offer before taking the plunge.

Of course if you’re not interested in a music streaming subscription, then Rok Mobile probably isn't for you. But don't settle for a rubbish mobile deal, take a look at The Cheapest 4G SIM-only deals for offers that could save you money.