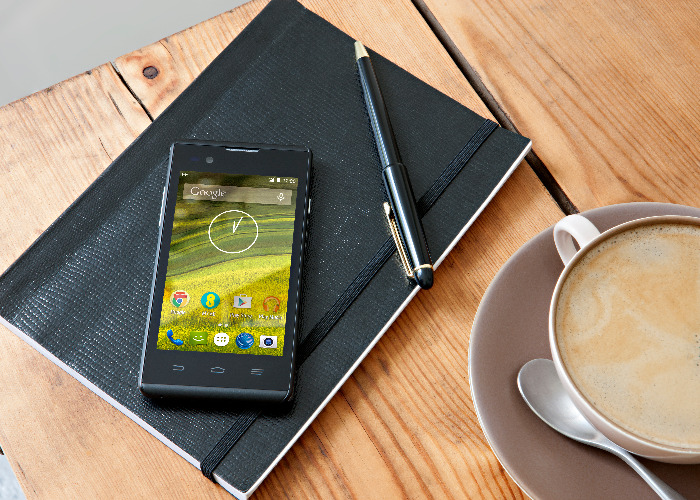 The Rook is the cheapest 4G smartphone around.

EE has launched the cheapest 4G smartphone on the market.

The Rook costs just £39 for existing EE customers or £49 for new customers on pay-as-you-go.

It joins EE’s bird-themed range of own-brand 4G handsets, including the Kestrel and Harrier, designed to give more people access to faster mobile internet speeds for less.

The phone runs the most up-to-date version of Google’s operating system, Android 5.1 Lollipop, but its features are pretty basic.

It has a 4-inch wide VGA screen. The resolution is only 480 x 800, which falls short of the HD display that a lot of other budget smartphones offer.

There’s just 8GB of on-board storage, though it's expandable up to 32GB with a micro SD Card.

Other features include 1GB of RAM which should mean it can cope with a fair bit of multi-tasking, a 5MP rear-facing camera (no flash) and a 0.3MP front-facing camera for selfies.

Powering the phone is a 64-bit quad-core MediaTek chipset and processor, which has been clocked at 1GHz.

The Rook also comes with a 1,500mAh battery, which offers over five hours of talk time and over 400 hours stand-by-time on a single charge.

If you want the faster internet speeds available with 4G, you’ll need a 4G handset. But these can be very expensive; the latest Samsung Galaxy S6 for example costs £559.

EE’s Rook is an affordable choice, but there’s a growing range of budget 4G smartphones to explore.

Here are a few you could try instead across Android, Windows Phone and Apple iOS operating systems.

The Vodafone Smart prime 6 is available on Vodafone for just £80 on pay-as-you-go and packs features which rival market-leading smartphones.

The Nokia Lumia 640 is the latest budget Windows Phone, available for £124.99 SIM-free on Amazon.

On top of this you’ll get a year’s free Office 365 subscription (worth £60), which can also be enjoyed on two other devices as well as a terabyte of free OneDrive storage.

You can get it for £319 SIM-free, which is steep, but it’s £140 cheaper than the 5s and almost half the price of the latest iPhone 6 and iPhone 6 Plus models.

Though the 5c feels more budget; with a plastic rather than metal construction, it still has some decent features. The phone comes in five colours, runs the iOS 8 operating system, has a 4-inch Retina display, A6 chip, 1GB RAM, 8GB storage, 8MP rear camera with LED flash, 1.2MP front-facing snapper and 10 hours of talk time.