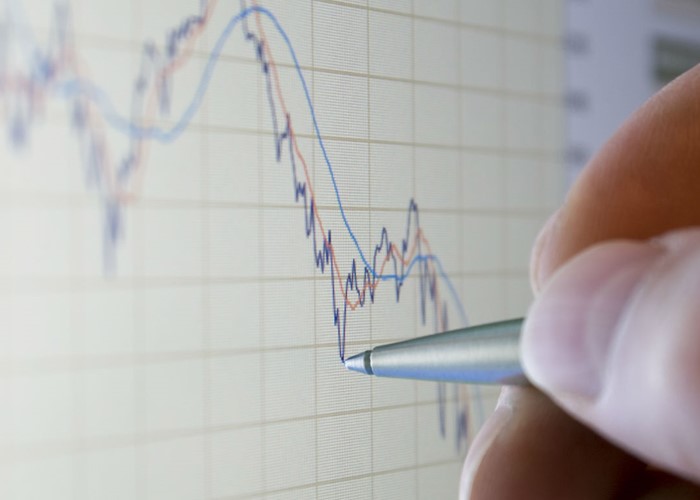 New research provides yet more evidence that funds run by computers do better than funds run by humans, and with less volatility.

It looked into the performance of managed funds investing in the UK, European, global and emerging-market stock markets, and other investments.

These are funds that employ a fund manager or managers to pick stocks for a fund. These managers are usually highly paid.

Managed funds are the main component of most peoples' pensions and share ISAs.

The analysis took into account the funds that closed or merged with others, usually to hide abysmal relative performance.

Vanguard writes: “Of course every manager will go through periods where their investing style is out of favour, but over a reasonably long period of time, covering multiple market cycles and environments, a skilled active manager should be aiming to deliver positive excess returns versus their benchmark.”

But just 17% of managed funds outperformed over 15 years.

Some people defend managed funds by saying they must surely do better when markets are falling, because they can sell early.

The reality is that many of them panic like everyone else, or they are otherwise tied in to holding assets they can't sell out of, because it's against the fund's rules to do so. There's also comfort in the herd. (“At least I'm doing no worse than all the other fund managers. My job is safe.”)

Vanguard's research shows that there's no tendency for managed funds to perform better at “particular stages of the cycle”, such as during falling markets.

The research also showed that managed funds which had done very well in the previous three or five years weren't likely to go on and do well in the next three or five. Indeed, the chances were almost equally split that they would do well, mediocre, poorly, or so badly they closed down. If anything, these funds were a bit more likely to do badly.

In other words, you could just as well flip a coin as look at past performance.

This explains why the financial services regulator only very grudgingly accepts the ill-thought out EC law that forces pension providers to show prospective customers how their funds have performed in recent history.

Using such charts for guidance has probably made people worse off, not better.

There's a large pile of research stretching as far back as the 1960s that has repeatedly shown that past performance over three to five years has a weak correlation with future performance, and probably none whatsoever.

You'll almost certainly do better if you go with a different type of investment fund - an index tracker. These funds don't have managers, but are run by computers. They merely buy lots of companies' shares in quantities based on each company's size, in order to track markets as closely as possible.

This might mean the fund tracks the FTSE 100 companies, or something more exotic.

Because these funds are cheaper, they do better, on average, than managed funds, and they're more predictable.

Looking at managed funds that invest in companies in the FTSE All Share index, Vanguard found that 23% underperformed the index by greater than 2% per year. That is a huge amount, even if it sounds small.

What's worse, that figure doesn't even take account of funds that didn't survive – the ones that closed early due to dreadful underperformance.

Admittedly, 7% of surviving managed funds outperformed their benchmarks by more than 2% per year, which is admirable. No index funds achieved this.

But more than three times as many managed funds didn't even do well enough to survive; they were closed down or merged. Most people are not knowledgeable enough to find the funds that will survive the long term, let alone the ones that will outperform by 2% a year.

For the record, the results were even worse for global and emerging market funds.

In all, trackers tended to underperform their benchmarks by less than 1%, which is far better than managed funds did.

Some say that active managers can smooth volatility better than index trackers.

Volatility – which is usually just a fund manager's dishonest way of saying “falling prices” – can be frightening. However, it is completely normal. Markets fall sometimes, and sometimes very sharply.

If you, or a manager, attempt to smooth these dips, you should expect to gain less money in the long run than someone who doesn't try to fight that powerful tide.

This is because such strategies force you to hold assets that do relatively badly in the long run, and they also frequently cause fund managers to buy and sell more frequently – often forcing them to sell quality assets just to reduce short-term falls.

Even so, if you want to smooth volatility or reduce falls, you can do it much more cheaply with index trackers that invest in a variety of assets, not just shares. The Vanguard research shows that the average managed fund not only underperforms index trackers, but they do so with greater volatility!

This might all sound disheartening, but you don't have to beat the market to get richer, or to build a respectable retirement pot.

Using index trackers to get a good portion of the stock market's returns should see you grow your wealth faster than inflation, which is more than a great many people will ever achieve.

It will also see you grow your wealth faster than most fund managers would. Research has consistently shown that lower costs is the best indicator of future performance, and trackers normally give you lower costs.

Even financial advisers are turning to index trackers now that fund managers are being banned from bribing them with fat commissions.

There are hundreds of tracker funds covering all sorts of markets, but make sure you're getting one that replicates an index that is “weighted” according to the size of the companies on the index, such as the ones that Vanguard analysed.

Remember, there are no guarantees in investing. There's no 100% safe way to increase your wealth in the long run. But you're more likely to beat inflation and end up with more than you started if you invest in a small number of index trackers than by investing in managed funds.