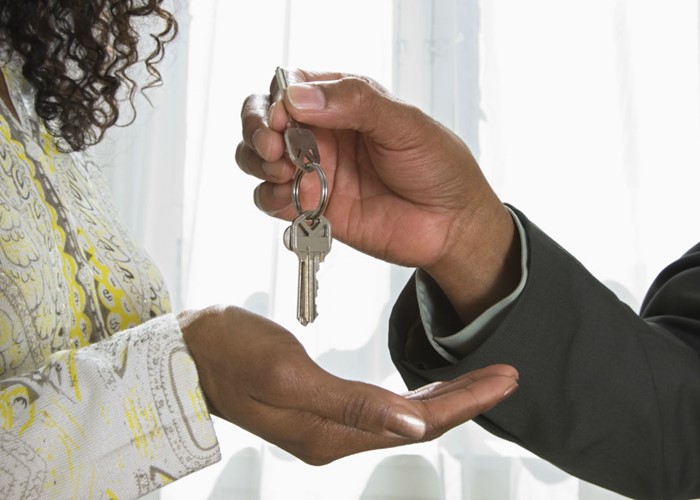 One London council gets tough on rogue landlords, but is it fair that the good ones bear the brunt of the cost?

A new scheme has been launched by Newham Council in East London to ensure that all properties let privately to tenants are licensed – and it’s local landlords that have to foot the bill.

It’s the first of its kind in the country and other councils are watching with interest to see if licensing is really the best way to combat sub-standard accommodation and rogue landlords.

Newham has more than its fair share of housing problems, including one of the largest numbers of illegal so-called ‘sheds with beds’ – often ramshackle structures housing whole families in unsuitable and sometimes dangerous accommodation.

In addition, the local authority recently wrote to over 1,000 housing associations across the UK to see if they could house 500 families that it can no longer support in the borough.

At the same time Newham Council wants to improve the quality of privately rented accommodation within the local area with its new licensing scheme. So how does it work?

The property licensing scheme will come into force on the 1st January 2013, but all licenses must have been applied for before that date. In other words, landlords need to start applying now.

All properties will need a licence, rather than all landlords, which means that some landlords will need to get multiple licences to cover every one of their properties. There will be some 35,000 tenancies covered by the new licences – one in three of the borough’s households.

The cost of a licence is currently at a reduced rate of £150 for those who apply early, but after 1st January this will rise to £500 – for each property!

The licence lasts for up to five years, but the council can decide to limit its duration for landlords or properties where it thinks improvements need to be made. So if you are not up to scratch you may only be granted a year’s licence and told to make improvements in that time before reapplying.

Landlords who fail to apply for a licence could be subject to fines of up to £20,000 plus a rent repayment order for up to 12 months’ rental income. Ouch!

What is the idea behind the licences?

The council reckons that while the majority of landlords operate responsibly, there are some badly managed, poor quality properties and tenancies, as well as problems with anti-social behaviour in some private rented accommodation.

It says that licensing will help to improve the rental market across Newham by raising standards, supporting tenants and creating a more stable community with less churn – and it has already completed an 18-month trial in one neighbourhood.

Landlords will need to demonstrate that they are a ‘fit and proper’ person (including undergoing a Criminal Record Bureau (CRB) check), that they have sound financial arrangements in place relating to the tenancy and that the property is suitable for the number of people living there to hold a licence.

They also need to show that their gas and electricity installations are up to scratch (something all landlords should be doing anyway, as we explain in Tenants: Know your rights) and that they will effectively manage anti-social behaviour from tenants.

Newham Council reckons that licensing will help identify and penalise rogue landlords who are responsible for creating poor housing conditions. This will clearly benefit tenants but the council says it will also help the good landlords by raising standards across the board.

Licensing is not exactly a new idea. Back in 2009, the Government wanted full licensing across the country, with a landlord register. Those plans were dropped a year later once the Coalition came to power.

Is it a popular plan?

The local authority conducted a thorough consultation on the licensing scheme, which it says is overwhelmingly supported. It claims that 74% of residents and 76% of private tenants support private rented property licensing.

It doesn’t mention the percentage of landlords that think the scheme is a good idea, but I would hazard a guess at around 0%. The scheme is costly for landlords and more red tape. And given that the majority already provide good accommodation, it’s no surprise if they feel dismayed at having to bear the cost of bringing rogue landlords up to scratch.

Equally, some landlords feel that they can’t be held responsible for the anti-social behaviour of their tenants – and many people would agree with them.

The National Landlords Association unsurprisingly doesn’t support the scheme, which it says will simply increase burdens on those landlords who already comply with the law.

After all, the owners of ‘sheds with beds’ are hardly likely to form an orderly queue to apply for an expensive licence, which they won’t be granted anyway.

On the other hand, charity Shelter has backed the scheme, saying that it has first-hand experience of tenants in Newham “suffering at the hands of rogue landlords who are ignoring their responsibilities and wreaking havoc on tenants’ lives”.

And it urges other local councils to follow Newham’s lead and launch their own licensing schemes.

And that’s why this scheme is so important to all landlords, not just those with properties in Newham.

If property licensing proves successful, other local authorities are likely to launch similar schemes to ensure that private rented sector accommodation is up to scratch.

This becomes even more important as pressure on social housing means the private rented sector has an increasingly vital role in providing accommodation to those in receipt of housing benefit, as well as to thwarted first-time buyers who can’t get a mortgage.

If you are a landlord, watch the Newham scheme closely because it could be coming to a borough near you sooner than you think.

More on buy to let:

Buy to let doesn't add up

Why landlords should buy in the north