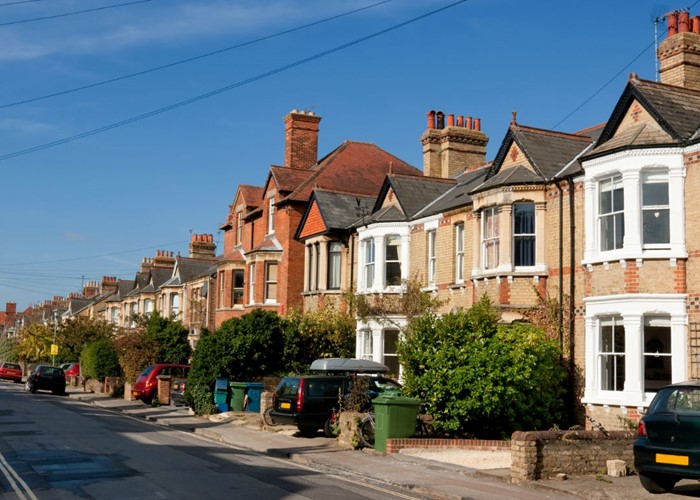 What factors determine the price you pay for your home loan?

Most of us will have one for a good chunk of our life, but how many of us actually know how mortgage rates are determined?

The rate you pay to borrow money for your mortgage is largely determined by the price the lender pays to get hold of it. And the biggest source of cash for lenders is the Bank of England, making the price this bank charges for lending – the base rate – a key factor in determining what you pay.

If the base rate is high, then lenders are paying more for their cash. This cost is passed on to you, the borrower, in the form of higher mortgage rates.

So if the base rate exerts such an influence on mortgage prices, why have some rates been rising recently – when the Bank of England rate has stayed low?

Despite borrowing huge amounts from the Bank of England to fund (among other things) mortgages, lenders also borrow from each other. As with consumer borrowing, the rate the banks pay for this funding is determined by the risk of them not being able to pay it back. This risk can be broadly tracked by looking at the London Inter-Bank Offered Rate (Libor) – the average rate at which banks are lending to each other.

Libor will climb if banks become exposed to an increased level of risk that might mean they cannot repay their loans. Unsurprisingly, as the Eurozone crisis has rumbled on, the Libor has increased. This rising cost of borrowing is then passed onto the homebuyer in the form of increased mortgage rates.

The level at which Libor trickles down to mortgage rates will depend on the amount the lender borrows from other commercial banks and the amount it borrows from the Bank of England.

Borrowing from the Bank of England will be cheaper. But the loan has to be collateralised against an asset. If a lender borrows from another bank, the amount does not have to be collateralised, but the rate will be higher. This is very similar to the difference between a secured personal loan – where you have to put up your car or house as a guarantee that you will repay the debt – and an unsecured loan, where no such asset is required.

Libor tends to be the big influence when it comes to pricing variable mortgages, but with fixed rate deals, swap rates play a bigger role. That's because Libor refers to the cost of the bank securing funding on a short-term basis - swap rates are the rates at which banks and building societies secure that cash over a longer period, allowing them to work out the rate to charge on a fixed rate deal. And there's no great science to swap rates - they are largely driven by sentiment, and what the market expects future interest rates to look like.

The levels at which a lender borrows from other commercial banks and the Bank of England will also depend on how readily each source is prepared to lend. Put simply: in tight financial conditions, banks lend less money to each other. This means that mortgage providers will turn to the Bank of England for funding, and the base rate will play a greater role in setting mortgage prices. If this happens, you would think mortgage rates would drop – as the base rate is so low. But remember, tight financial conditions will also push up the Libor, increasing the costs of borrowing for banks.

What’s more, regulatory changes brought in since the credit crunch have increased the amounts of capital lenders need to hold on their balance sheet to protect against bankruptcy or other financial bumps. These requirements mean that lenders have less cash to hand out, pushing up mortgage rates further.

In addition to pricing in the threat of defaults on funding from other banks, mortgage rates are also affected by the risk of house prices falling – something that is exaggerated in fragile economic times. This is why mortgage rates start to get considerably cheaper when you get to around the 40% deposit mark.

On the flipside, if you can only afford to put down a small deposit – say 15%, 10% or even 5% - you will be given a far higher interest rate. This is because house prices only need to drop by 10–15 percentage points for you to dip into negative equity (where your loan is worth more than the asset it is secured against).

Negative equity is very bad for homeowners, but it’s also a problem for banks. If you keep missing repayments and the lender decides to repossess, the house they will take on will be worth less than the loan they are owed.

Mortgage providers obviously take a slice when dishing out home loan cash and need to turn a profit when lending out money. How much they take is a hot topic of dispute as some lenders have been keeping prices abnormally high when the base rate is historically low, creaming off a profit in the process.

General market movements and seasonal changes can also affect the mortgage rates offered by lenders. For example, if rafts of lenders start dropping rates, there’s a good chance the rest will as well – simply so that they are not trumped by competitors. Races to the bottom such as these often take off around spring, the traditional homebuying season.

And then there’s breaking iconic rate barriers, essentially a PR tactic. Put simply: banks know that dropping a mortgage rate below a round number will generate headlines – just look back through our mortgage articles if you don’t believe me. Last year saw several of these moves: five-year fixed rates dropping below 5%, and then below 4%, being two of the biggest. But be wary of these deals, they are often packaged up with hefty arrangement fees that could see a higher rate, but lower fee mortgage emerge as cheaper overall.

Get a great mortgage for free!

Use lovemoney.com's innovative new mortgage tool now to find the best mortgage for you online

At lovemoney.com, you can research all the best deals yourself using our online mortgage service, or speak directly to a whole-of-market, fee-free lovemoney.com broker. Call 0800 804 8045 or email mortgages@lovemoney.com for more help.