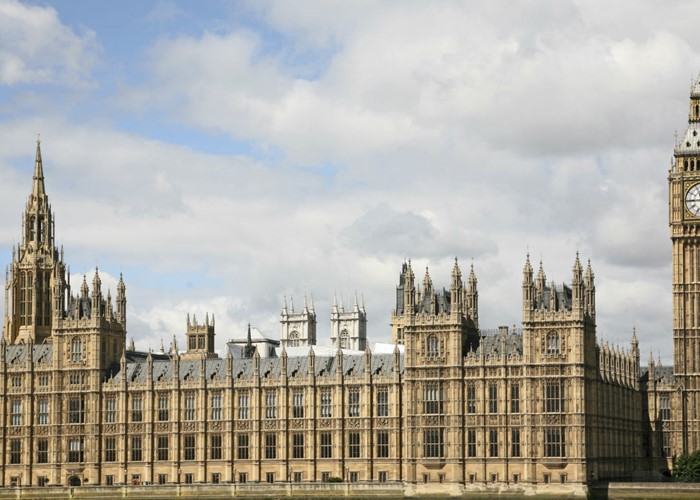 Tough new powers to crack down on unsustainable mortgages will be handed to the Bank of England, George Osborne has said

Demolition was on Chancellor George Osborne’s mind in parliament last night. Specifically: the demolition of existing structures of financial regulation and the vacuum packing of any air pockets that could play host to another housing bubble.

The Chancellor’s plans came within a new bill that proposes to hand more power back to the Bank of England.

Staving off a bubble

The Financial Services Bill (FSB) would allow the Bank of England to ban small deposit mortgages. This is intended to curb sharp unsustainable rises in property prices and stave off another housing bubble.

In the run up to the credit crunch lenders offered many home buyers loans that made up a majority of the price of the property they were purchasing. Mortgages were even advanced for more than the overall value of the property.

This had the impact of rapidly inflating house prices. But when the credit-crunch hit in 2008 and property prices took a dive, many people were shunted into negative equity: where the size of their mortgage outweighed the value of their home. Other borrowers started to find their mortgages unaffordable and defaulted.

George Osborne plans to legislate against this by handing the Bank of England the power to adjust the maximum amount that can be lent in a mortgage compared to the actual price of the property – or the loan to value ratio (LTV).

So when house prices rise rapidly, buyers would be forced to stump up large deposits before being granted a mortgage. This would put a leash on the price rises and burst any credit bubbles before they grow to a dangerous size. But conversely, the Bank would also have the power to encourage high value, low deposit mortgages when the economy is flagging.

The Chancellor’s move comes amid something of a resurgence of high LTV mortgages. Last month we reported on the latest e.surv mortgage monitor that showed a third more loans with a deposit of 15% or less were granted in 2011 than 2010.

Indeed in this context, these new government proposals could well be seen to be running at odds with current market movements.

Only the very imaginative or very paranoid will see the recent slight return of high LTV products as the embryo of another housing bubble. In addition to the fact that deposit levels are still relatively very high, current lending activity is far too low for any credit bubble to form.

What made the boom of the noughties so destructive was the toxic combination of small deposit mortgages and lax lending criteria. We currently have few of the former and nothing of the latter. Figures from the Bank of England itself show that while market stocks of high-value mortgages may well increase over the next 12 months, economic instability will see credit availability tighten.

Lenders no longer have the funding, not to mention the public and political leeway to advance unwise and unsustainable mortgages – especially when it comes to small deposit products.

In fact, far from the poisonous image thrust onto them by the credit crunch, many see high LTV deals as a vital first-time buyer lifeline. For these struggling prospective homeowners, the new financial services bill could well be running the risk of throwing the baby out with the bathwater.

The Chancellor’s plans have the potential danger of over-moderation. While mortgage-free homeowners and those with substantial equity may well cheer a complete culling of small-deposit loans, such a heavy-handed approach will only add to stagnation currently present in the market.

If sensible first-time buyers cannot get hold of sustainable, affordable and appropriate mortgages – whatever the LTV – the bottle neck will be felt through the housing ladder. What’s more, with rents currently climbing, disenfranchised first-time buyers could soon find their deposits sapped and any chance of buying binned.

Mr Osborne has admitted this branch of the FPC is, policy wise, rooted in uncharted territory, and that the precise tools are yet to be determined. We should hope that when the specifics are ironed out, there is enough in-built flexibility and direct accountability to allow the bill to act as a sufficient arbiter for the current housing market.

Demolishing existing structures is one thing. But if substantial foundations are not installed and installed soon, new effective models will never grow. Learn the lessons of flagging GDP growth Mr Osborne, and don’t make the same mistake with mortgages.

What do you think?

Is this limit on high value mortgages a good idea?

More: Lowest five-year fixed mortgage rate ever | How an offset mortgage can save you £8,000