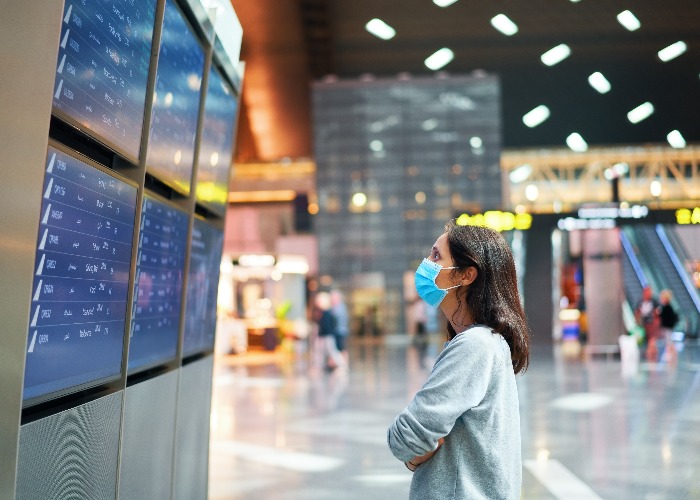 By failing to give regulators proper powers, we are giving airlines and other large firms the ability to take us for a ride.

The pandemic has thrown up all sorts of odd situations, not least the spectacle of flights taking place which Brits were legally barred from boarding.

You would think that passengers who were in this position should receive a refund promptly, but that hasn’t happened.

And now one of our main regulators has had to drop its case against two major airlines it believes have been unfairly hanging onto holidaymakers’ cash.

The whole situation is a complete farce.

I want my money back

In June the Competition and Markets Authority (CMA) launched a probe into whether airlines were meeting their legal requirements during the upheaval of the pandemic.

The law states that travellers are entitled to a cash refund when a flight is cancelled.

However, this isn’t always what happened, with all sorts of holiday firms handing customers vouchers or providing them with the option to rebook.

British Airways for example offered customers vouchers or the chance to rebook, while Ryanair allowed customers to rebook.

Clearly, the CMA believed ‒ rightly in my view ‒ that these airlines were not meeting their legal requirements and customers were missing out on receiving the refunds to which they were entitled.

Worried what would happen if you become unable to work? Get an income protection quote from Active Quote

Unfortunately, the CMA has now said that it is dropping the case as the law is not deemed sufficiently clear that passengers should get a refund in these unusual circumstances.

Essentially, the issue is that the law supposedly does not make clear whether people should get a refund if the flight still goes ahead but they are legally prohibited from taking it.

The CMA explained that it could not justify prolonging the investigation, given the amount of time it would take to go through the courts and the fact that the outcome was uncertain.

Andrea Boscelli, the chief executive of the CMA, said that the organisation “strongly believe” that people legally prevented from taking flights due to lockdown laws should be offered a full refund, but concluded that the time and uncertainty involved meant it could not justify the further expense of public money.

One of the big frustrations about the CMA feeling compelled to drop its legal case against the airlines is that this is in stark contrast with the results of its actions against packaged holiday providers for precisely the same issue.

The CMA wrote to more than 100 holiday providers to remind them of their obligations under the law, and when it was clear that some of them weren’t meeting those obligations, the CMA stepped in with the threat of legal action.

It resulted in refunds worth millions from the likes of lastminute.com, Virgin Holidays, TUI and Teletext Holidays, getting the money back into the hands of the holidaymakers as it should have been.

Now, it’s worth recognising that the airline situation is different, as the packaged travel firms are covered by a separate set of laws.

It’s testament to how effective the CMA is that it has been able to work within its own limitations to secure those mammoth refunds, but the dropping of the case against the airlines demonstrates that it is still having to operate with one hand tied behind its back.

Ultimately, a regulator that has to walk on egg shells around the big beasts it is supposed to be overseeing can never really do its job properly.

By limiting the power of regulators to directly police firms, we are giving them license to exploit loopholes and find ways to rip us off.

Because let’s be clear, the fact that the CMA has been forced to fold on this case will have caught the attention of those in senior positions at all sorts of businesses who perhaps have less than pure intentions.

The Government has said it plans to give the Civil Aviation Authority (CAA), the regulator that specifically oversees the aviation industry, greater powers over protecting consumers too.

But we are still waiting for real details on what those powers will be, and when they will be in place.

The current system doesn’t work, and it’s innocent consumers that end up paying the price. The Government has to wake up to this issue and start backing its regulators with the powers they need to actually perform their roles.