The countdown is now on for smart meters to be rolled out across the UK.

The UK Government has recently announced a new regulatory framework starting in July, which gives suppliers until mid-2025 to replace traditional meters.

Annual installation targets will be set and failure to meet them will be a breach of a supplier's license.

The latest figures show that 42% of homes have been fitted with a smart meter – some 23.6 million properties – but only 19.1 million of these are operating in 'smart mode.'

Around 4.5 million smart meters are in traditional mode as they are unable to communicate via the network, have been installed in that mode or are yet to be commissioned.

Energy smart meters have been plagued with issues since the rollout began, which includes connection problems and difficulties when customers switch provider.

Companies have also been accused of hounding customers to get smart meters installed and reach their targets. I was one such customer who gave into the persistent emails and had a smart meter installed in September 2019.

Although initially sceptical, I was soon won over by the meter, which gave us the information to start changing our household consumption habits.

But 20 months and a worldwide pandemic later, am I still a convert?

How our energy usage changed

Despite 2020 being the year of lockdown, our energy consumption did not increase.

As a household with two key workers, our two children were in school and I continued to work from home as normal whilst my husband went to his workshop.

Comparing energy usage over three years shows the smart meter is continuing to make a difference.

We live in a four-bedroom semi-detached house and year-on-year we have been using less fuel.

In October 2020, we used 30kWh of electricity and 402kWh of gas less than the previous year. And in October 2019, less than two months after the meter was installed, we were already using 326kWh less electricity compared to 2018.

Looking at the figures in more detail over winter 2020, we were using slightly more electricity (around 30 kWh to 60kWh per month) but considerably less gas.

This was because we installed an electric-powered oil heater under my desk rather than whacking on the heating every day.

This was a direct result of the smart meter telling us that having the heating on was costing us £4 a day, whilst the heater was around £1.50.

How smart meters can save you money 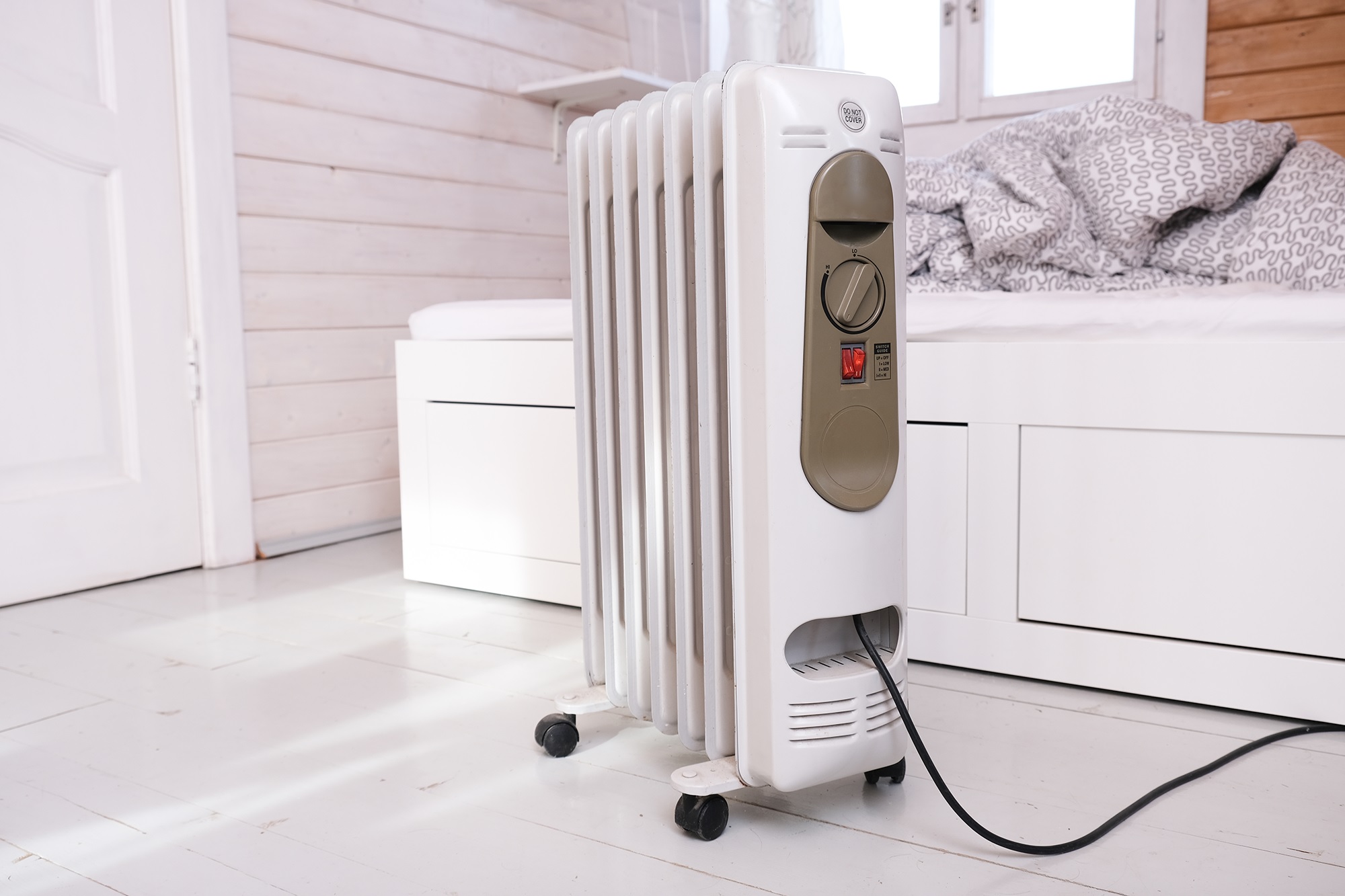 In the beginning, I was fixated by the smart meter and for the first six months was checking it each day.

I knew how much a shower cost (20p for my long shower, 12p for the kids) and got annoyed if our daily electricity spend went over £1.50.

But I must admit the novelty did wear off, even though the COVID-19 pandemic meant we were tightening our belts financially.

I barely check the meter these days, but some habits have stuck. I still go around the house switching off lights that every other family member left on.

And we have replaced our energy sapping television (£1.50 a day in peak viewing times) with a second-hand set, which is way more efficient.

We also decided not to hire a hot tub over the festive period like we normally do as the previous year this had cost around £5 a day in electricity to heat according to the smart meter, which added up to £70 over a fortnight.

But we have not cut back on how much laundry we do or how many times the dishwasher goes on, because although this would save energy and money, it would be a huge inconvenience.

The biggest change has been our use of heating. Instead of setting it on a timer we only put it on when we absolutely need it.

This is usually for a one-hour blast and instead, we rely much more on the wood-burning stove. From a consumption perspective, this has dramatically reduced our gas usage although there are environmental implications.

Have I saved money?

Overall, we appear to be using around the same amount of electricity as prior to the smart meter but a lot less gas. So, has this saved us money?

This is difficult to judge because in September 2019 just before our smart meter was installed, our energy provider reduced our bill from £88 a month to £82.03 a month due to our annual usage.

The price has remained at that rate ever since although a recent email said our bill would rise by £9 a month due to the price of wholesale energy, but we are yet to see this change.

I think in the long run we will save ourselves money as we definitely do consume less energy, so I do think the meter is worth it.

But that doesn’t mean there hasn't been problems.

During the past nine months, we have found that most days the gas reading is blank on the meter and sometimes there is no data at all.

Turning it off and on again can solve this problem but it is a bit of a nuisance.

I did recently discover that you can reset your smart meter online and this does seem to fix the problem, but it is irritating that you have to keep doing this.

I also don't understand the information displayed on the energy supplier website, which seems to log meter readings on random days, or multiple times a day, rather than consistently every day (see picture above).

At some point, I am sure we will need the next generation of smart meter and hopefully, by that point, the connection issues will have been resolved.