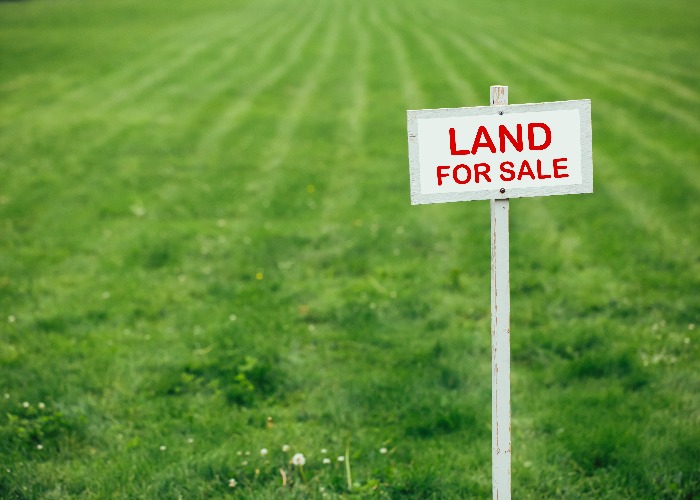 FCA has recovered assets from land banking fraudster and is now handing it back to victims.

We have a growing fraud problem in the UK.

According to a report in August from the fraud prevention service CIFAS, a whopping 364,643 cases of fraud were recorded to its database in 2019, a jump of 13% from the year before. Certain types of fraud, like identity theft, are hitting record levels too.

All too often victims of fraud are left with nothing but their own regrets once they’ve been conned into handing over their cash, whether to someone posing as a legitimate business or a fraudster talking them into a risky investment.

But it’s now emerged that victims of a land banking fraud could be set to receive at least some of their lost money back.

What is land banking?

With a land banking scam, plots of agricultural land are advertised by scammers as investment opportunities.

They are told that there is huge demand for housing in the area, and that once planning permission is granted, the land can be flogged onto a developer at a much higher price, leaving you with a fantastic return without having to really do anything.

That should set off alarm bells.

The reality is generally that there is absolutely no chance of the land in question being developed into anything at all, leaving you having handed over thousands of pounds for some undesirable land.

It’s common for these scams to focus on land overseas, perhaps because it’s easier to talk a victim into the potential offered by unfamiliar locations in South America or Africa. But there have been plenty of land banking scams focused on selling land in the UK too.

A firm called Synergy Land Group was in operation between late 2009 and May 2011, which used high pressure sales techniques to get people to purchase land.

You know the sort ‒ cold calls flagging up that it’s a once-in-a-lifetime opportunity, but you have to come up with the cash right now if you want in.

The land on offer came from two larger sites which were being marketed as Cheltenham Manor; investors were told that Synergy would obtain planning permission for the sites and then negotiate to bring in a developer, meaning a big old payout for anyone ‘lucky’ enough to have taken Synergy up on its offer.

Now this sort of scheme is classed as a collective investment scheme (CIS), which is also sometimes known as a pooled investment. As the name suggests, this is where a host of different investors put their cash into a fund, and the manager of the fund invests on their behalf.

And that’s important because CIS fall under the watchful eye of the Financial Conduct Authority (FCA), even when the asset being invested in isn’t something that the regulator oversees, as is the case with land. As a result, if you want to promote or operate one, then you need to be authorised by the FCA, which neither Synergy nor its director, Samuel Exall, were.

Overall around £3m of investors’ cash was ploughed into the scheme, which was stopped in 2011 with the FCA managing to freeze the assets.

It turns out Exall was involved in a host of different land banking schemes, and he was prosecuted for conspiracy to commit fraud. He is currently serving a four-year prison sentence.

Can I get my money back?

It’s not often the case that there is much good news to come out from scams like this. Generally those who are duped into handing over their cash don’t get anything back.

But this one may be a little different. The FCA says it has recovered “a sum of money” after Exall was ordered to sell assets, with the regulator now planning to distribute the proceeds to those investors who bought plots of land through this scheme.

As a result it has called for people who think they, or family members, may have invested in the scheme to get in contact.

You can do so even if you no longer have records or documentation related to the investment, by emailing Synergy@fca.org.uk or by writing to Freepost RTZE–RHAL–URAJ, for the attention of UBD AJS RE01079, Financial Conduct Authority, 12 Endeavour Square, London E20 1JN.

Have you been targeted by scammers, or are simply unhappy with the way a company has treated you? We may be able to help get your issue resolved - email us on uknews@lovemoney.com.