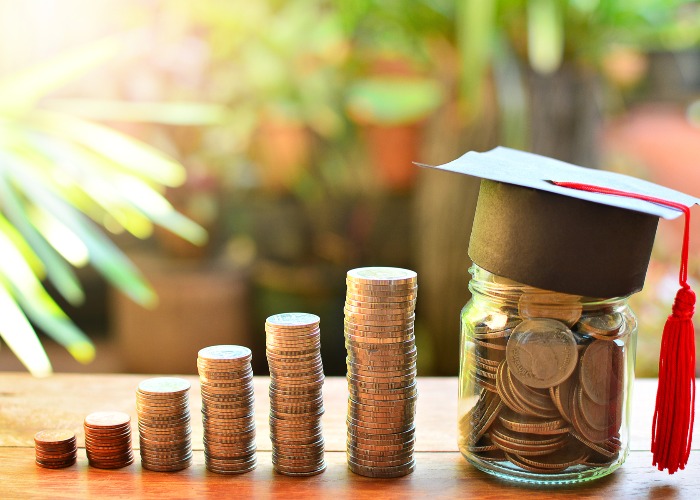 Is your child going to university? Nici Audhlam-Gardiner of financial services provider OneFamily, provides tips on how parents can help their children with living and accommodation costs at university.

The cost of university

According to an intergenerational report by OneFamily, two-thirds of parents with children under 18 say that they worry about their children’s financial future.

With the cost of university continuing to rise, it's clear why this expensive time might be part of the cause of these worries. In 2011 the average student loan balance on finishing university was £16,000, however, in 2018 this figure has more than doubled to £34,000, SLC found.

Yet, there are small things parents can do that can make a big difference.

Between electricity, gas, water, broadband, TV licence and home contents insurance, students can expect to pay £46 a month in bills, adding up to over £1,650 over the course of three years (as estimated by Save the Student).

Lots of parents will send money towards the beginning of each month to help cover these costs, but it is also important to teach your grown-up children about utility bills, as most are unlikely to have ever seen a utility bill unless they have lived away from home prior to university.

Explain to them how to compare deals, what is good value and what isn’t. By providing them with this knowledge they will be able to negotiate better prices and save money in the long-term.

Most suppliers will now fit a smart meter, which allows for usage to be tracked and in some cases compared with similar size houses in the area, encourage your child to get one installed so they have a better idea of their energy usage. It also means their meter readings are sent straight to their utilities suppliers, reducing the changes of higher estimated bills.

It’s not just utilities bill that make a dent in a student’s wallet. The average monthly mobile phone bill comes in at just over £30 for usage and a handset. If a parent can afford the extra out-going they can pay for their child’s phone bill, and by doing this they’ll also be safe in the knowledge that their child will be able to contact them should they need to.

Parents can reduce costs up front, by buying a handset outright and combining it with a sim-only contract, most companies will offer sim-only deals, which are generally cheaper than paying for a phone and usage each month.

The cost of studying

A study by The Times Higher Education found that students typically spent £60 a month on course books and university equipment. If parents want to be sure that their money is going towards their children’s education and not a night out, they can buy gift cards for books from sites like Amazon, or National Book Tokens which can be used both in a section of stores or online. A lot of books can be tracked down second-hand either in charity shops or websites such as Sell Student Stuff.

Student libraries will hold most books but students need to be quick as they won’t be many copies.

When it comes to renting their first property, encourage your children to start looking early and to speak to their student union for advice.

As a parent you probably won’t know the best area for them to move too, but other students will be able to tell them where to find the best deals, which landlords to avoid and which areas of the city are the best for students.

If a child is going into rented accommodation they will likely be expected to pay at least one month’s rent as a deposit on the property. Parents can give, or lend this money with the understanding it will be paid back when the year is finished.

To ensure the full amount is repaid, make sure the child gets a receipt for their deposit, agrees an inventory with their landlord before they move in and also takes note of the condition of the property and everything in it. They should take photographs to accompany the inventory and add a date and brief description to them. If any repairs are made whilst they are living in the property they should record when the repairs were reported and what the landlord did.

Full-time students have the benefit of not having to pay any council tax but they do need to let their local council know.

Students are known to struggle with budgeting and they often end up at the end of the month with little or no money for food. Parents can set-up the children’s details on their own online shopping account and send them a food shop towards the end of the month to help them out when funds are likely to be running low.

There are the things that might be obvious to a parent but not to young adults, like not shopping when hungry to avoid wanting to put anything and everything in the basket, making a list and sticking to it and checking the cupboards to make sure you haven’t already got something. Nobody needs three jars of paprika but we are all guilty of mistakenly stocking up!

Try teaching them a few simple meals that they can batch cook and freeze, like lasagne and shepherd’s pie. Not only will they last a week but they will also offer them an opportunity to cook for their housemates and make new friends.

Working their way through

A great way to help fund university is to get a job, so encourage them to find a one.

University towns and cities will have part-time jobs readily available during term-time and, with zero-hour contracts, students can work around studying  – but there is a lot of competition for these roles.

Before they fly the nest, make sure they have written a C.V. and have copies to hand out. Encourage them to find a job early on so they can enjoy the extra cash throughout their time at university.

There are products that can help boost their savings too, which makes putting money aside much more attractive. For instance, if they hope to buy a home they can save into a Lifetime ISA and for every £40 they save, the Government will add £10, up to £1,000 a year.