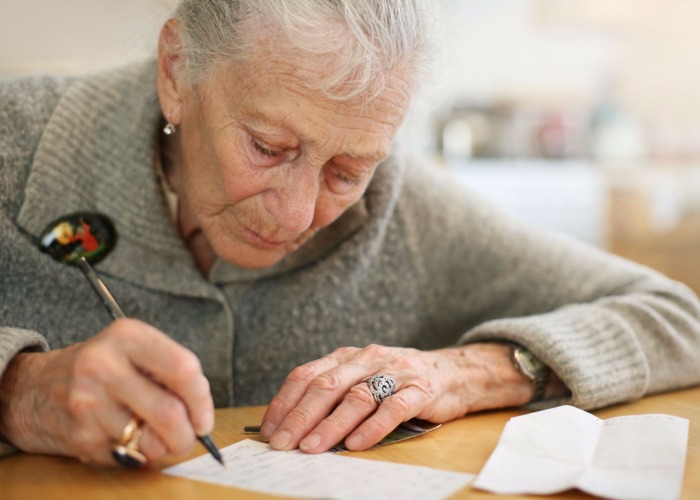 If your partner has died, you may be entitled to some of their pension. Find out more about your rights.

How to get started

It’s obviously not the first thing you want to talk about when your partner dies, but at some point it’s important to understand what will happen to their pension.

The comforting news is that you might be able to get extra pension payments from your husband, wife or civil partner’s pension or National Insurance Contributions.

But first, let their pension scheme know that they’ve passed away.

The earlier you do this, the easier it will be to get everything in order, and the quicker you can receive payment. You may also have to pay back any pension payments received after the day of their death.

If your partner hadn’t started drawing a pension before they died, you should contact the scheme administrator or pension provider for all of the schemes they belonged to.

If your partner was receiving a State Pension when they died, contact the Pension Service to let them know that they’ve passed on by calling 0345 606 0265.

It’s also worth checking if they were on any other schemes by using the Pension Tracing Service.

After that, the scheme administrator or pension provider will then contact you to tell you what happens next.

The Money Advice Service has a template letter that you can use to contact the pension scheme.

This one comes down to you. What you get and how much you claim will depend on whether you reached State Pension age before or after 6 April 2016.

If you’re over the State Pension age, get in touch with the Pension Service to check what you can claim from your partner’s pension.

Those who reached the State Pension age before 6 April 2016 will get any State Pension based on their partner’s National Insurance Contribution when you claim your pension.

However, you won’t get it if you remarry or form a new civil partnership before you reached State Pension age.

People who reach the State Pension age on or after 6 April 2016 will get the new State Pension and may even be able to inherit an extra payment on top of that.

You might also be entitled to payments from your husband, wife or civil partner’s workplace, personal or stakeholder pension too.

This does depend on the pension scheme itself, though. It's best to contact the provider to find out.

A defined benefit scheme payout depends on whether the deceased was retired. If the deceased hadn’t retired then most schemes will pay out a sum which is normally two or four times their salary.

The lump sum will be tax-free. The scheme will also pay out a taxable Survivors Pension to child dependents, civil partners or spouses.

If the deceased was retired, a reduced rate of their payout will continue to go to dependents, civil partners or spouses until they die.

However, if they were on a defined contribution scheme, it’s a little more complicated. What you get is largely defined by what age your partner was when they died and what kind of annuity they had.

If your partner was younger than 75 and received a single life annuity, payments will stop altogether unless it had a 'guaranteed period'. I

n that case, it will continue to be paid tax-free until the end of the guaranteed period. If they were on a joint life annuity, you will receive reduced payouts (typically half the amount) until you die.

If the deceased had a flexi-access drawdown which was set up or first accessed after 5 April 2015, any money paid within two years of death will paid tax-free.

Anything claimed after that may be subject to tax.

If they died after the age of 75 and had a single life annuity, this will stop unless there was the aforementioned ‘guaranteed period’. For joint annuities, you'll receive payments which are subject to Income Tax.

Cash taken as a lump sum or as an income from a flexi-access drawdown scheme or from any untouched pension pot will be added to your partner's other income and taxed in the normal way.

If your husband, wife or civil partner died as a result of their service in the Armed Forces or because of a war, you might be entitled to the War Widow’s or Widower’s Pension.

However, they must have died through service before 6 April 2005 for you to claim the pension.

If your partner was injured, developed an illness or died as a result of service on or after 6 April 2005, you can claim through the Armed Forces Compensation Scheme.

What if we’re not married?

Again, this comes down to who your pension provider is. Some providers will only pay out to spouses while others will allow you to nominate other dependents or partners.

In most instances, your partner will have needed to have filled out a nomination form for you to receive their pension.

However, in a case earlier this year, a woman won the right to her fiancé's pension after he died unexpectedly.

Even though he hadn't filled out a nomination form, his widow received a survivors' pension. This decision has been hailed as a victory for unmarried couples, potentially leading to improved rights.

Want to make sure that your partner is protected if you pass away? Sign up for a life insurance policy