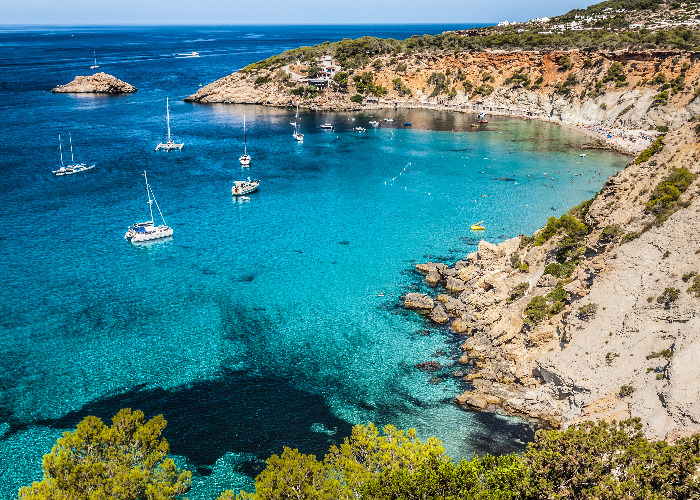 Tourist taxes are becoming increasingly commonplace. Find out how much you'll likely have to pay on your next European holiday.

Venice is planning to charge tourists up to €10 each from next summer, according to media reports.

The tourist tax might be anywhere from €3 to €10 per day, depending on whether someone visits during the low, high or peak season and will largely be aimed at day-trippers.

This will be in addition to Italy's existing tourist tax, which is paid at the hotel and ranges between €1 and €5 per person per night.

The majority of visitors to Venice are day-trippers, many from cruises, and contribute little economically to the city, despite producing huge amounts of rubbish and disruption.

Lots of other popular European destinations have taken to charging tourists a little extra.

Often even though you’ve already paid for your holiday, you will be asked to hand over extra cash when you arrive at your hotel or when you check out.

We’ve taken a look at what tourist tax you will be hit with for a range of popular European holiday destinations.

Save a fortune on your next holiday: check deals on Travel Zoo

In Austria, tourists have to pay an overnight accommodation tax (including in caravans and campsites), which is charged according to the province you are staying in.

The tourism levy, which can go by many names, (Tourismusgesetz and Beherbergungsbeiträge are just two), is currently up to 3.2% of the hotel cost per person per night in Vienna.

Children under 15 are exempt from the tax.

In Belgium, there are a range of tourism taxes to watch out for, which vary by city.

Accommodation that falls under the Tourism for Everyone decree and children under 12 years of age are exempt from the tax.

If you are staying in Bruges, there is a tourism tax of €2.83 (£2.41) per person, per night (excluding VAT). This applies to all tourist accommodation, including hotels, guest houses and hostels.

In Brussels, there is a City Tax that is charged per room, per night according to the borough, hotel size and hotel classification.

Save hundreds on your next holiday with lastminute.com

Bulgaria levies a City Tax or a Resort Tax on visitors, which varies by area and hotel classification.

In Croatia, holidaymakers have to pay a ‘Sojourn Tax’ which can vary depending on the category of the accommodation and season.

This tourist tax is typically more expensive during peak seasons although children under 12 are exempt from the tax.

In France, there is ‘Taxe de Sejour’ or tourist tax, which is charged per person, per night and varies according to the quality and standard of the accommodation.

Paris charges higher rates of tourist tax ranging from €0.25 and €5 (£4.27) per person, per night, depending on accommodation. Children under 18 are exempt from the tax.

Kulturförderabgabe (Culture Tax) or Bettensteuer (Bed Tax) are some of the terms used for tourist taxes in Germany.

In Berlin, for example, you will be charged 5% of the room rate (excluding VAT) and the tax is capped at 21 successive days although business travellers are exempt from the tax.

Munich, however, does not have a tourist tax.

In 2018, Greece introduced a tourist tax, the first time one had been levied.

You'll have to pay the tax when you check in to your accommodation and you can pay it by cash or card.

Visiting Budapest? You'll usually have to pay an extra 4% of the price of your room per night.

Save hundreds on your next holiday with lastminute.com

In Italy, tourists have to pay a tax called Tassa di soggiorno.

The charge varies from city to city, will depend on a hotel’s star rating and is levied on a set number of nights and there are usually exemptions for children.

A table with a breakdown of the current taxes in popular cities can be found on italyvacations.com.

In the Netherlands, visitors get charged a tourist accommodation tax called Toeristenbelasting.

It's charged per person, per night by over 400 municipalities according to the ETOA but can vary according to hotel grade and accommodation type.

The rest either charge a percentage, which can also vary by hotel star rating or type of accommodation, or they can charge nothing.

For example, in popular tourist hotspot Amsterdam there is a flat fee of €3 per person, per night plus 7% City Tax based on the room price.

Visitors to the Portuguese capital of Lisbon have to pay a Municipal Tourist Tax, which is currently €2 (£1.72) per person, per night according to Airbnb.

Children under 13 are exempt from the overnight tax and it only applies to the first seven days of your stay.

A tourist tax of €1.50 per night/per person for up to seven nights was set to be introduced in Faro (Algarve) in March 2020 but this has been temporarily suspended.

Tourists under the age of 18 are exempt.

Slovenia charges a tourist tax, which varies nationwide (depending on on location and hotel grade).

Generally, children under seven are exempt from the tax, while children aged between seven and 18 are charged at half the rate.

Save a fortune on your next holiday: check deals on Travel Zoo

If you're heading to Ibiza or Majorca, you'll have to pay tourist taxes.

The Sustainable Tourist Tax, which applies to holiday accommodation on Spain’s Balearic Islands (Mallorca, Menorca, Ibiza, Formentera), applies to each holidaymaker aged 16 or over.

Prices are up to 75% lower if you're travelling from November to April and the tax drops by 50% after your eighth night on the island.

The money raised from the 'eco tax' will go towards the protection of resources on the islands.

There is also a surcharge from Barcelona City Council – you can find out more here.

The Canary Islands are considering introducing a tax but so far has yet to do so.

Anyone staying overnight in Switzerland has to pay a tourist tax.

According to the ETOA, it is charged per person, per night and varies by town and in some cases by the type of accommodation.

It is made up of two elements the Beherbergungsabgabe (BA tax) and Kurtaxe.

The BA tax goes towards paying for tourism advertising and maintaining infrastructure in regions, but the Kurtaxe is used to improve the tourism experience for visitors.

As each canton in Switzerland determines how to set the taxes, there can be further variations.