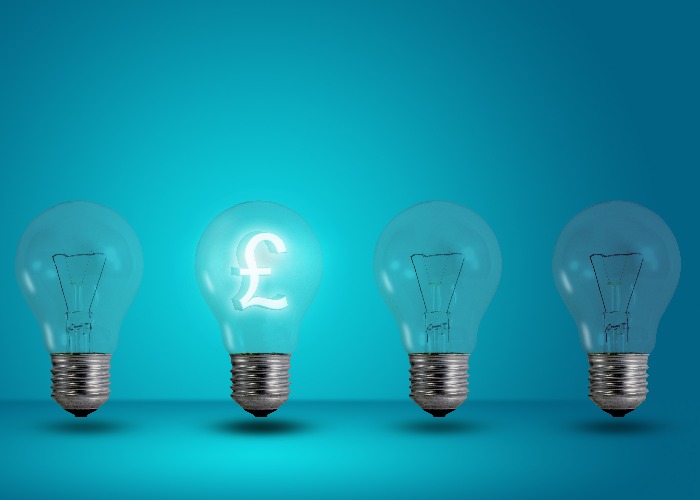 The best and worst energy suppliers for customer service have been revealed. If yours is among them, here’s how to switch and save money.

Energy suppliers with the happiest customers

If you want an energy supplier that you can rely on, then you might want to look beyond the big names.

That’s the conclusion of a new study from consumer champions Which?, polling households across the country about their experiences with energy suppliers.

Respondents were asked to rate the customer service on offer from their supplier, as well as whether they had had cause to complain.

And it was notable how, when it comes to satisfaction, it’s often the less big names that stand out from the crowd.

Here’s how the top five suppliers shape up:

It’s fair to say that when you think of energy suppliers, none of these are likely to be the first to come to mind. And yet they are delivering not only a level of customer service above the more well-known names, but leaving more of their customers satisfied to boot.

At the other end of the scale, here is how the bottom suppliers shape up in terms of overall satisfaction:

As you can see, the energy giants are well represented in this hall of shame, with Scottish Power only just avoiding the bottom five, with a satisfaction score of only 64%.

Of those who felt the need to complain, bills and statements were the most common cause, accounting for 44% of cases.

Around a third of those who complained about bills said their supplier had taken a one-off payment without warning, while one in five said they had received an inaccurate bill.

Meanwhile, one in eight (13%) had had their direct debits increased without warning.

How much should I be paying?

The cap only applies to default tariffs (called standard variable tariffs), which is what you’ll likely be on if you haven’t switched provider for a while.

The cap varies by your region, how you pay your bill and, crucially, what you’ll pay still ultimately depends on how much energy you use (find tips on reducing this here).

A typical dual fuel customer paying by direct debit will pay around £1,277 a year under the cap currently, but this is due to jump by a massive 54% from April to £1,971.

You can find the individual price caps for each region on Ofgem’s website: in general, the cap is a little higher for customers in Northern Scotland and those who don’t pay by direct debit.

Energy deals: where to start

The first thing you need to do if you want to switch is to find a supplier to switch to!

As a rule of thumb, opting for 'dual fuel' (both electricity and gas from the same supplier) is generally cheaper than getting your energy from different suppliers.

Companies usually give hefty discounts on dual fuel tariffs and for paying by monthly direct debit. But it's worth doing your homework all the same.

The smartest way to find the best tariff is to use a price comparison service, which will hunt down the best deals, and tell you how much you can save compared to your current tariff.

To help you do this, you should have details of your current tariff to hand, including an up-to-date meter reading, as that will provide a more accurate comparison.

It’s important to bear in mind that given the upheaval in the energy market of late, signing up for a new fixed tariff may end up costing you more than sticking with your supplier’s standard tariff.

Sifting through the jargon

Once you've found the right deal to move to, it's time to switch. You'll be asked for your contact details, and will receive a confirmation email to let you know the switch is in progress.

If you're switching electricity supply, you'll also be asked for your Metering Point Administration Number (also known as the MPAN, your 'Supply number', or, for hardcore utilities fans, the 'S' number).

This can be found on your electricity bill with a large S in front of it, followed by a grid of 13 numbers. You'll only need to quote the numbers to your new provider.

Similarly, if you're switching your gas, you'll need to quote your Meter Point Reference Number, (MPRN or M number), which should also be printed on your gas bill.

If you can't find these numbers, contact your current energy supplier, who will be able to give these to you.

Once you've switched, you'll have a cooling-off period of between seven and ten days to change your mind without penalty.

Once this has passed, your supplier will send you a welcome pack outlining your terms and conditions, or a standard letter followed by further information as your switch progresses.

You're likely to receive a lot of correspondence from both your new and old suppliers during the switch, so it's a good idea to keep anything received in a folder you can easily get to, should any queries arise.

In addition, it's important not to be complacent when it comes to switching. In theory, after you've given over your details and a couple of meter readings, your new supplier should take care of all the formalities.

However, relying on the supplier can delay the switch.

It's wise to give your final meter reading to both your new and old supplier. Not only will this speed things up at both ends, but you'll be able to settle any outstanding amounts owed with greater ease.

In addition, cancel any direct debit arrangements – but only after you've paid your final bill, and make sure you let your bank(s) know too.

Will I be left without gas or electricity?

Thankfully no. As all the energy suppliers use the same pipes, meters and equipment to pump gas or electricity into your home, there is never any interruption in service.

Nobody is going to suddenly turn off a tap to your gas or electricity supply, and the only thing you should notice is a cheaper bill each quarter once you've completed the switch.

In some cases, you may be required to get a smart meter which should generally be paid for by the energy company.

Services that do the switch for you

We get it: finding a new energy provider is dull (if well worth the effort).

A new generation of comparison sites is now offering auto-switching, where they will pick a new energy provider for you in order to save money.

The idea is you'll always get the cheapest deal, whilst they get paid commission by energy suppliers each time they move you (and some also charge minor fees).

You can read more about these auto-switching services here.

It's possible to get electricity generated from renewable sources, without paying much extra.

An increasing number of new and existing providers are offering '100% green' electricity.

Energy providers should be able to tell you the exact percentage of their electricity from renewable sources.