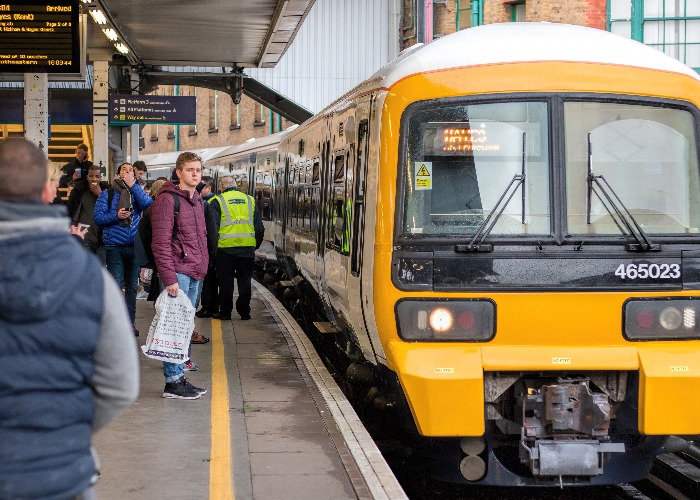 A new ombudsman could help those struggling to get compensation. Here's how to claim money back if your train was delayed or cancelled.

If a train company doesn't respond to your compensation request, or you believe it's been unfairly rejected, you can now appeal to an ombudsman.

The Rail Ombudsman is independent and free to use.

You can appeal to the Ombudsman on their website if you are unhappy with the final response from a rail company (sometimes called a ‘deadlock letter’) or if your complaint has not been resolved within 40 working days of the rail company receiving it.

The Ombudsman's decisions are binding, with the exception of Transport for London and other local transport networks, who are not members.

The Ombudsman comes at the end of a terrible year for the railway industry. Timetable changes earlier this year brought mass delays, with two-thirds of customers who complained not satisfied with the outcome of their complaint.

Getting a refund if you didn't travel

If a train is cancelled or delayed and you decide not to travel, you should be able to get a full refund by taking your unused ticket into the ticket office.

The refund should come back in the form which you paid for the ticket but check the type of ticket as cheaper advance tickets may be excluded.

If you have bought tickets that you no longer need and decide not to travel, you can normally get a refund, minus the cost of an administrative fee (capped at £10).

How to get cheap train tickets for the weekend and holidays

Compensation for delays or cancellations

When it comes to being delayed en route it’s a bit more complicated, which puts many people off claiming.

If your train is delayed you should, in most instances, be able to claim back some of the money you originally spent on the ticket.

The rules, or ‘conditions of carriage’, for operators are set by the National Rail Conditions of Carriage and can be found here. They are well worth taking a look at if you need to claim for any reason.

Each train operator has its own rules on how much compensation you’re entitled to based on the number of minutes late your train is.

*Compensation is automatic if you have purchased an advance ticket online or through the app.

As you can see, payments can vary widely between operators. But in general, most delays over 30 minutes warrant some form of compensation, which is typically paid in the form of electronic bank transfer or via PayPal. You can either claim in a station or online, within 28 days.

There are different types of compensation available to season ticket holders depending on your train operator.

Most operate a 'Delay Repay' scheme, where you can claim back compensation within 28 days of the delay or cancellation and you will receive a pro-rata refund based on the value of your season ticket.

However, this scheme is only available with certain train operators, so check first. The table above contains link to all of the train operators' compensation web pages.

When it comes to Delay Repay, most operators say you can get a refund "irrespective of what caused the delay" and as any ticket is valid, not just season tickets, you may have a better chance at getting some compensation.

Other operators will give you a discount when you come to renew your season ticket. This will be based on the overall performance of the train company and the percentage of its trains that were on time. If you receive compensation it should be around 5% of the total price paid.

For journeys which are split between different operators, you'll only be able to claim compensation from one train company per season ticket.

Will I always be able to claim?

Unsurprisingly, there are quite a few instances where you won’t be able to claim compensation. These are as follows:

There are also lots of grey areas, such as for the weather to be defined as "exceptionally severe" other forms of transport will need to have been affected.

What if I get stranded?

In the past few years heavy snow fall has meant hundreds of train services have been cancelled.

If this happens and you’re stranded miles from home, the train company should help you either get to your destination via alternative means such as buses or taxis, or pay for or reimburse you for overnight accommodation.

But there's an exception – this will only happen if the circumstances are "within the control of the train company" so it won’t be automatic.

In London you'll be able to get a refund for the price of a single journey if your tube or DLR service is delayed by more than 15 minutes, or more than 30 minutes on London Overground or TfL Rail services for reasons within the control of Transport for London (TFL).

This won't happen if it's due to planned engineering work, a security alert, customer incident, strike action, or bad weather conditions. Refunds take 21 days to process.

Is it worth claiming?

The system appears to be designed to try to dissuade people from claiming but websites such as Train Delays.co.uk are a handy free way to keep track of the whole process.

Which? has filed a super-complaint to the railway regulator, the Office of Rail and Road (ORR), to try to force train firms to do more to make it easier to claim compensation for delays and cancellations.

It wants to see public announcements on trains where passengers will be entitled to a compensation claim, with forms handed out on the platform. It's worth noting that some carriers, such as Virgin Trains, offer automatic refunds to delayed passengers.

The ORR has now responded to this complaint and set out a series of recommendations including:

It's now up to the train companies to act. Which? executive director Richard Lloyd, said: "The pressure is now on the train companies to show they can bring about urgently needed basic improvements for their customers. And, where breaches of consumer law and licence conditions have been found, the ORR must take enforcement action without delay."

Could you cut your train fare?

How to cut the cost of your train fare

The most expensive commuter towns and cities

Cheap train tickets for the weekend and holidays