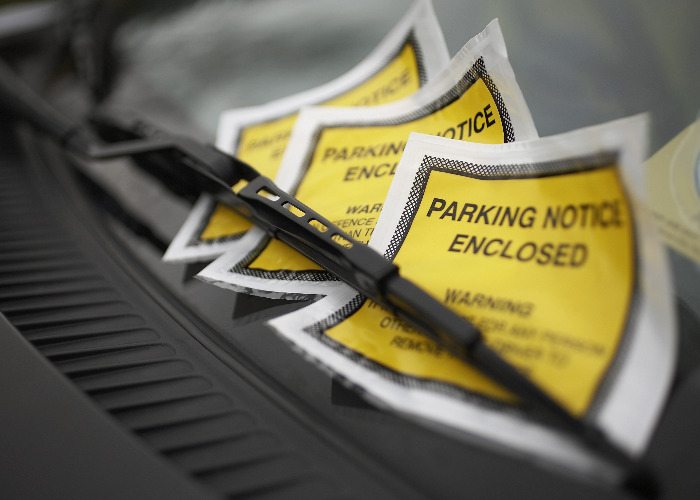 A new code of practice is being introduced for private parking firms which will save motorists millions. We highlight what's changing, and how to go about challenging unfair parking fines.

The Government has introduced a new ‘code of practice’ for private parking firms, which it has argued will keep ‘cowboy’ operators in check as well as reduce the charges motorists face.

The code ensures that parking charge levels mirror the local authority system for publicly accessible car parks, meaning that charges will be capped for most offences at £50.

However, there will be a higher cap in some circumstances, for example, "abusing" Blue Badge bays.

In addition, parking debt collectors will be banned from adding additional excess fees to the parking charge, which can currently run as high as £70, while a compulsory 10-minute grace period is being added before fines can be issued.

The code will crackdown on parking firms using “aggressive or pseudo-legal language” in order to push drivers into paying fines, alongside requiring them to clearly display pricing, terms and conditions, and how to appeal a charge.

The Government has claimed that the new rules will cut parking fines by up to 50% in the majority of cases, which will save motorists significant sums each year.

The Code will come into full force by 2024. It’s at this point that its new, single appeals service ‒ which it argues will make it easier for drivers to appeal against an unfair fine ‒ will be up and running.

The new measures have already won support from motoring bodies like the RAC and the AA.

For example, Edmund King, president of the AA, said that the code and new appeals charter would give drivers the confidence to appeal and be properly heard.

Private parking firms are handing out a whopping 22,000 fines a day, according to new analysis from the RAC Foundation.

Digging into data from April to September, the study found that a whopping four million tickets were issued over the period, despite car use being down by more than a quarter on typical pre-pandemic levels in the early part of that period.

That works out at around 15 tickets being issued every minute!

If the rate of tickets being issued continues at this rate it will come close to the record high of 8.4 million set in 2019/20.

Nearly half of motorists who contest a private parking fine are seeing those charges dropped entirely.

Why are parking firms not contesting appeals?

The Ombudsman had previously raised concerns that operators were not contesting complaints because they weren’t considering appeals properly in the first place, essentially dismissing them out of hand.

But the Ombudsman pointed out that there are some legitimate reasons why a parking operator may not contest an appeal.

For example, the evidence presented through the POPLA website may give them a different perspective, while some landowners give operators instructions not to contest appeals even if the charge notice is technically valid.

To state the obvious, parking tickets should only really be challenged if you think they're unfair.

In the following situations, it's a good idea to appeal.

You were parked correctly

Appeal the ticket if you think you were parked correctly (i.e at the right time and place) and if you've got photographic evidence, all the better.

The parking signs or road markings were unclear

Your ticket should be cancelled if you can prove that:

You may also be able to win if there weren't any signs saying CCTV or an automatic number plate recognition system was in use where you parked.

There was no way to pay

If the meter was broken and there was no other way to pay, you should be let off. Send evidence of the broken machine to the company who issued the ticket. But, if there was a sign there telling you not to park if there's no way to pay, your appeal will probably be rejected.

You were charged too much

Rules state that you shouldn't be paying any more than £100 unless the parking company can prove your dodgy parking made them lose this much money. If the extra cost is unjustified, appeal.

You weren't driving when the ticket was issued

You weren't guilty so you shouldn't pay. Use crime reference numbers, car sale receipts, DVLA registration certificates and whatever other evidence you deem useful, depending on who was driving the car.

You couldn't get back to your car

People who find it difficult to walk because they're disabled, are pregnant or have a very young baby can appeal as getting back to their car in time might have been more difficult.

Your car broke down

This one's pretty obvious. Your ticket will be cancelled if you can prove you were waiting for your car to be fixed or towed away when you got it.

You were only just out of time

And this one is the most frustrating. There's often a five to 10 minute 'grace period' after your parking runs out.

It can be tricky though – some companies will time it from when you parked, while others will time your stay from the moment you enter the car park.

All this said, most parking rules state that you must clearly display a valid ticket inside your vehicle.

If you fail to do this or lose your ticket, then the weight of evidence is against you. Nevertheless, appealing the decision by producing a valid ticket will often win you a pardon.

Take on the challenge

It's free to make a formal appeal by contacting whoever gave you the parking ticket.

Those who want to go down the traditional route can find out how to challenge a parking fine through their local council website.

There are six different types of Penalty Charge Notice, so make sure you know which one you've got before you go ahead.

This will be a local council PCN, which is received on the spot.

If you appeal within 14 days of receiving the fine and your challenge is rejected, you may only have to pay 50% of the fine.

It's usually a case of completing an online form or writing to the address on the reverse of the PCN and being as clear as possible in explaining why you've decided to appeal.

As you can imagine, a formal challenge is a little more complex.

Basically, you have 28 days to formally challenge (known as a 'representation') a Penalty Charge Notice. The process will start with a 'notice to owner' which will explain how to make a formal challenge.

Make sure you go into as much detail as you can about why you're challenging the PCN and provide copies of any evidence or documents to support your challenge.

You won't have to pay a thing if your challenge is accepted but if you receive a 'notice of rejection', you'll have 28 days to cough up the cash.

Then again, standing firm by appealing a penalty often proves successful. Thus, if you've made an honest mistake or been treated unfairly, then your fine stands a good chance of being cancelled on appeal.

How to spot a dodgy parking firm

Don't recognise the company name? Check to see if they're an Accredited Trade Association (ATA) member as if they're not, they can't take you to court.

Check the British Parking Association (BPA) or International Parking Community (IPC). If they're not on there, report it to Action Fraud, as the company might have your details illegally.