The ultimate guide to switching broadband deals and saving money

Too many of us are paying far too much for substandard broadband deals.

Are you overpaying for your broadband?

As a nation, we’ve never been more reliant on our broadband connections.

The pandemic has seen many of us told to stay at home for lengthy periods, and that’s meant turning to our broadband both for work purposes and for entertainment in the evenings and at weekends.

The trouble is that far too many of us are paying more than we should be for our broadband deal.

There are a few different reasons for this too.

For some, it’s a situation that’s rather similar to our energy tariffs.

We sign up to a package with a provider ‒ getting the best price as a new customer ‒ but then don’t bother to switch to a new deal or provider when that initial contract ends.

As a result, over time our bills are slowly but steadily increased, leaving us paying more than if we moved to a new dedicated deal.

A study from Ofcom a couple of years ago suggested that the best part of nine million broadband customers were out of contract and at risk of overpaying.

For others, it may be a case of signing up for a deal that you aren’t going to really make the most of.

This could be paying more for a package that includes unlimited downloads even if you don’t do much downloading or streaming, or for superfast speeds which simply cannot be achieved from your property.

Ofcom, the communications regulator, introduced new rules last year which is supposed to give people a steer towards switching when their initial deal comes to an end.

Providers are required to get into contact with their customers around a month before their contract ends, to inform the recipient of the following:

These notifications can be sent by letter, email and text, while anyone who remains with a provider after their contract ends needs to be contacted every year to outline the provider’s best deals.

The idea is that these notifications will push people towards switching deals when their contract ends, so that they don’t end up paying more than they need to.

It’s open to debate how effective they have been so far, with a study from Uswitch suggesting that around three million people whose deals ended in the last 12 months didn’t actually receive any notification from their provider. 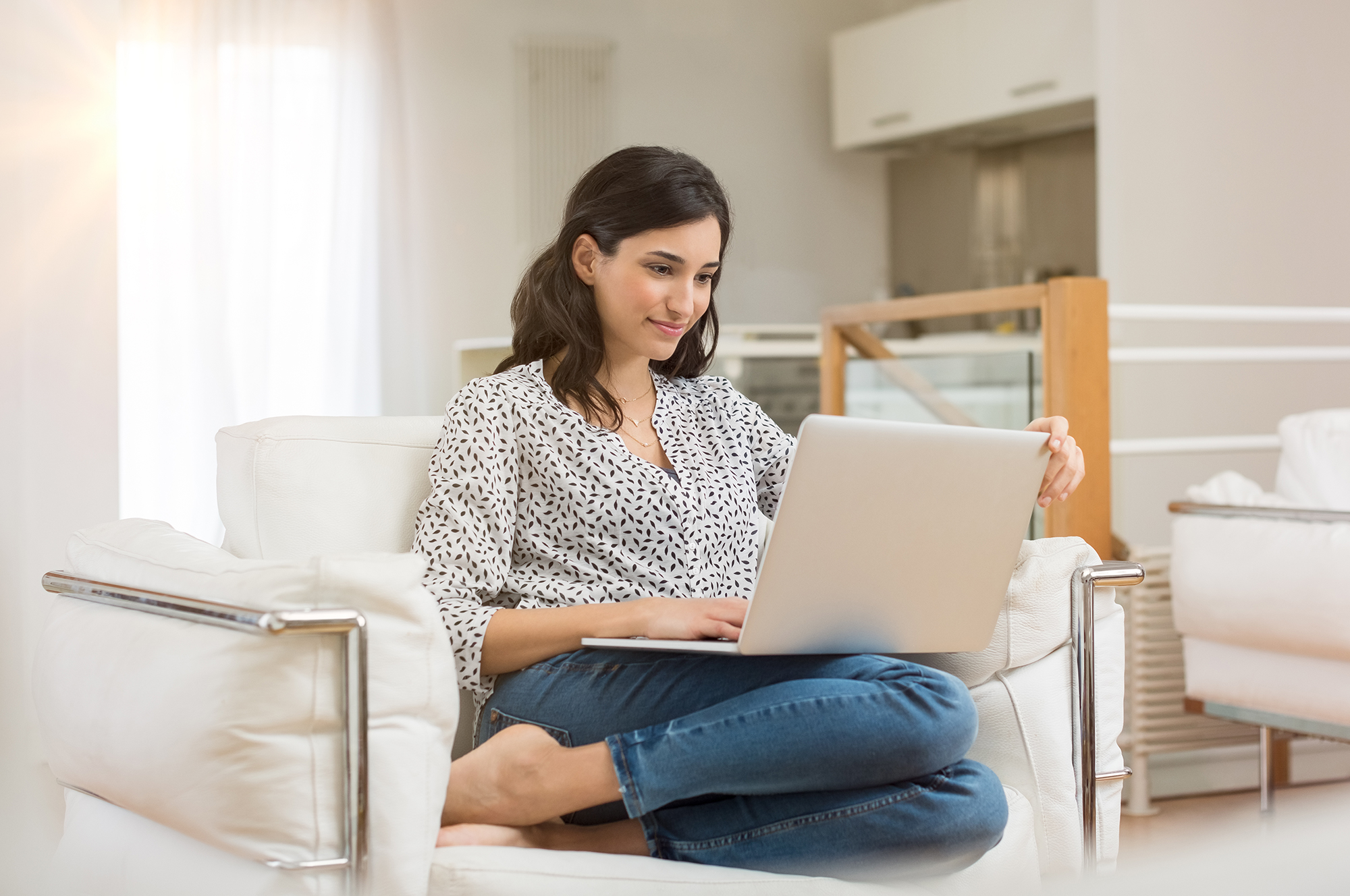 As with any household bill, doing your research is absolutely crucial when it comes to shopping around.

The first stage is clarifying exactly what you are paying for your current package, and what you get for that money.

You can get that information directly from your provider, who can also update you on whether you are still in contract and any exit fees you may need to pay if you do switch.

Next, you want to get an idea of what packages are available to you.

There are plenty of different broadband providers in the UK, but they aren’t all active in every area ‒ you may have more limited options based on your location.

There are all sorts of different comparison sites which can run these checks for you.

Just be sure to check all of the details of the packages ‒ one deal may come with a really small monthly fee for example, but include huge initial setup costs.

Others will tempt you in with a low price for the first six months or so, but then ramp them up over time.

What do I actually need?

An important part of this research process is looking at how you actually use your broadband.

How much do you actually download each month? What sort of speeds do you really need? And do you make use of the other aspects included in your package, like home phone calls or TV channels?

This information can help you filter out the deals that don’t meet your needs ‒ if you never use your home phone, there’s no need to pay a little extra for a deal that includes free calls in the evenings and at weekends, for example.

It’s worth using a broadband speed checker site at this point so that you get a decent idea of what speeds people in your location can generally expect.

You could try the Compare the Market broadband speed checker, which allows you to compare your broadband speed with those in your area to see if you are on the best speed or need to switch.

What can you offer me? 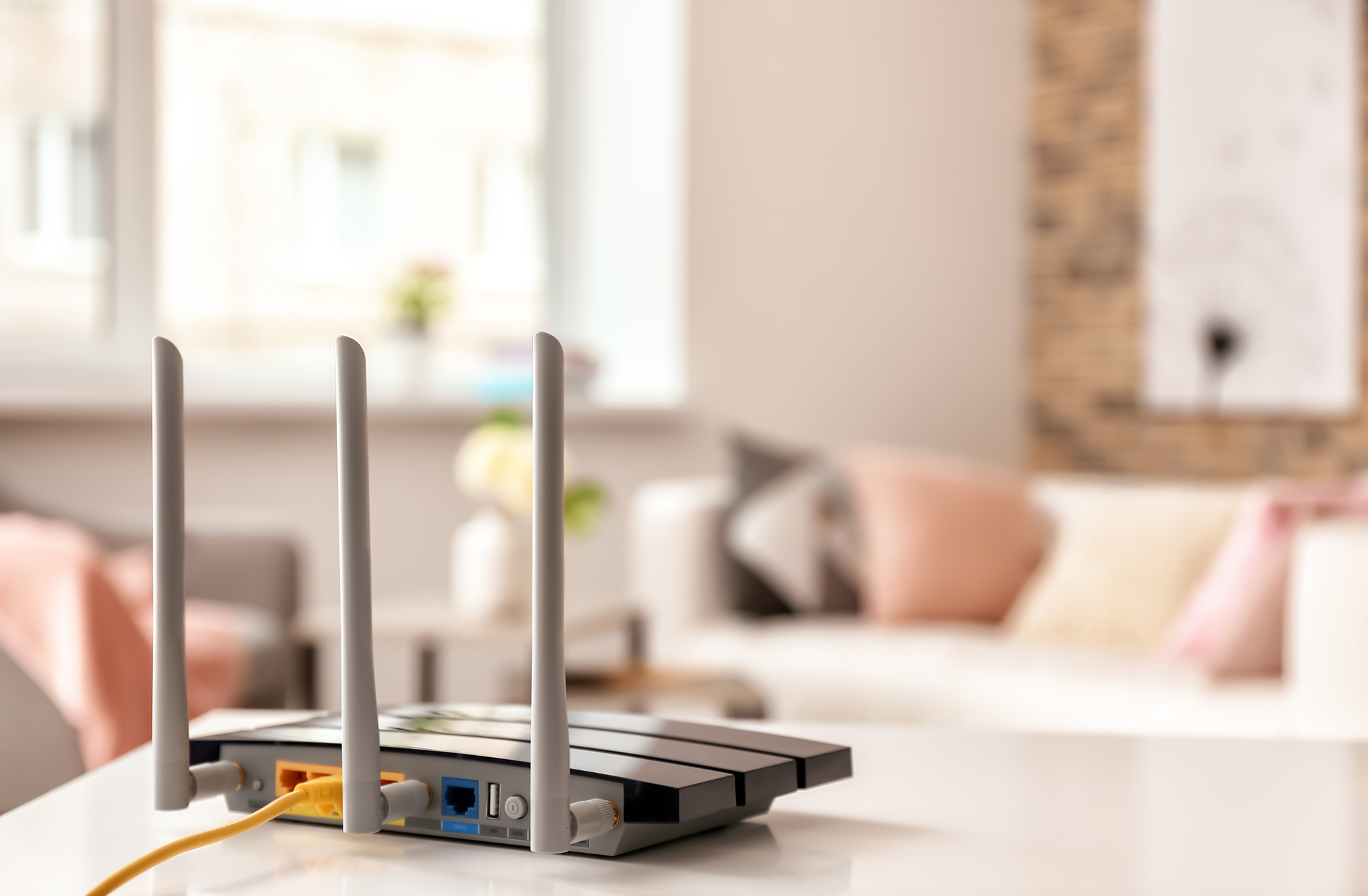 By now you should have a decent grasp of what you really want from your broadband deal, as well as what prices providers are offering for these sorts of deals in your area.

The next stage is to contact your current provider and ask if they can match ‒ or even better ‒ the best value deals you’ve identified.

Providers usually want to keep hold of existing customers, so there’s a decent chance they will drop your current price, or perhaps throw in something extra for free in a bid to keep you.

It’s worth taking a step back at this point and thinking carefully about whether you will actually use these additional features.

For example, if a provider offers to throw in a TV package you need to consider whether you will actually watch those channels, or whether you’re better off switching to a cheaper deal from a rival provider which doesn’t include any TV.

If your current provider can’t deliver a better deal than the package you’ve found from a rival, then it’s time to switch.

What happens next will vary slightly based on who your current provider is, and who you are moving to.

If both of these providers run on the Openreach phone network ‒ so the likes of BT, EE and Sky ‒ then you can follow a ‘one-stop’ switching process.

Effectively this means that you tell the new provider you want to sign up to their deal, and they will handle everything for you, including the closure of your deal with your old provider.

Both your old and new providers will then get in contact with you to inform you of the planned switch.

According to Ofcom, the letter from your existing provider must include details of:

They should also give an estimate of when this switch will take place.

If you’re moving to or from a provider that doesn’t use the Openreach network, like Virgin, then you will need to contact both providers independently to ensure that your old package ends and your new package begins at the same time.

Your new provider should be able to clarify exactly when your new contract will start. 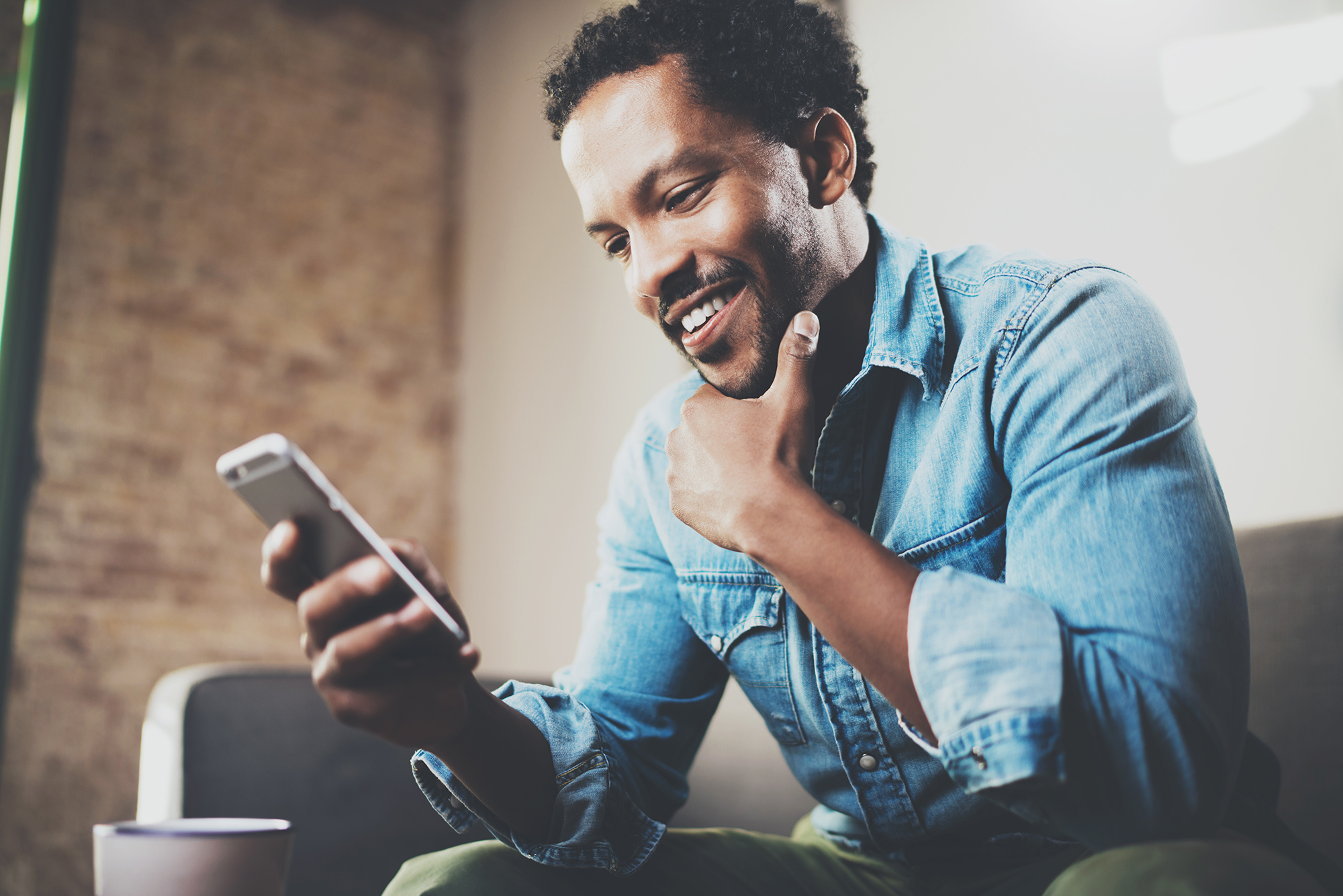 If you are switching a bundled deal that includes a mobile phone plan, then you might be worried about having to learn a new home phone number.

However, you can ask to keep your old number even as you switch deals. Make sure you raise this with your new provider at the outset.

Easiest way to cancel your mobile deal and switch

How long does a broadband switch take?

There are no rules governing how long these switches need to take, as you have with current accounts for example.

Ultimately it comes down to the providers, but you can usually rely on the switch going through within a couple of weeks.

Importantly, there is a 14-day cooling-off period in place too, so have time to change your mind if you decide that actually, you don’t want to go ahead with the switch.

There are no fees or charges to worry about if you do change your mind either.

What to do when switches go wrong

Unfortunately, there will be times when a broadband switch goes wrong. So what should you do if things go amiss?

The first thing to be aware of is that back in 2019 Ofcom introduced an automatic compensation scheme, which requires communications firms to automatically give you money back in certain scenarios.

These include delays with the start of a new service, with £5 per day being paid by the provider. Unfortunately, this is only a voluntary scheme, so not all providers have signed up as yet.

However, if there are issues it’s well worth complaining directly to the provider.

They can then act to put things right. If they don’t resolve the matter to your satisfaction, then you can take the matter to Ombudsman Services, which can investigate your case.

Periodically, broadband providers will announce that they are increasing their prices.

In some cases, this may mean that you can switch to a rival provider without having to pay an exit fee, even if you are still in the initial fixed term of your contract.

However, this will all come down to the size of the price increase. Most providers write it into your contract that they can increase prices by the rate of inflation, typically the retail prices index (RPI) measurement.

As a result, if the price increase is no bigger than the RPI, then you have no option other than to swallow the bigger bill.

However, if the price rise is above that rate of inflation then you will be entitled to walk away from your current contract and move to a new deal, without having to worry about any penalties. 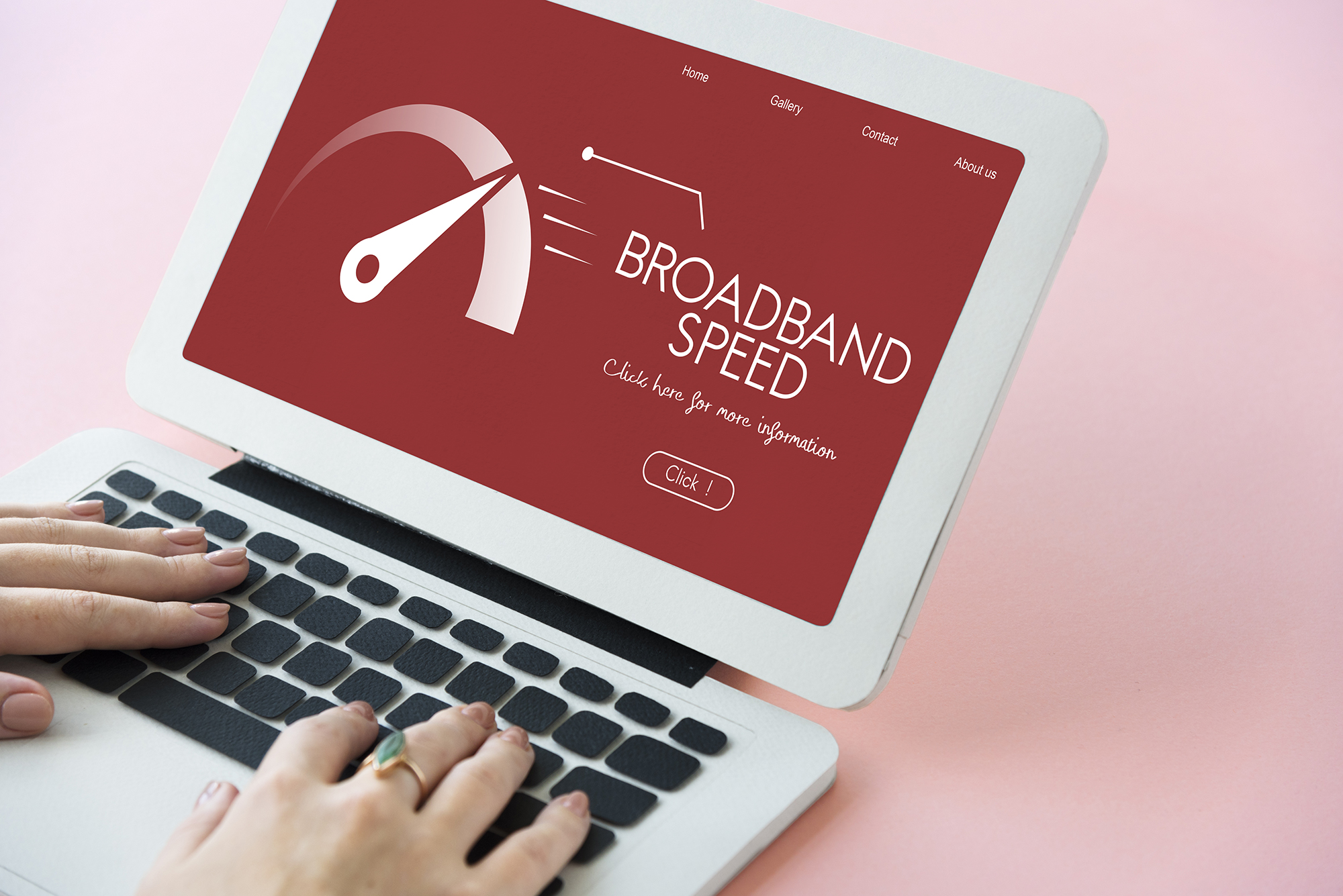 When you sign up for a broadband deal, the provider is required to give you accurate information about what actual speeds you can expect.

This encompasses a ‘minimum speed guarantee’.

And this is important, because if the provider doesn’t live up to that promise then again you can walk away without worrying about exit fees.

If you think the speeds you are receiving aren’t up to scratch, then you first need to contact the provider and ask them to diagnose the problem.

If they can’t put things right within 30 days, then you are free to leave your deal.