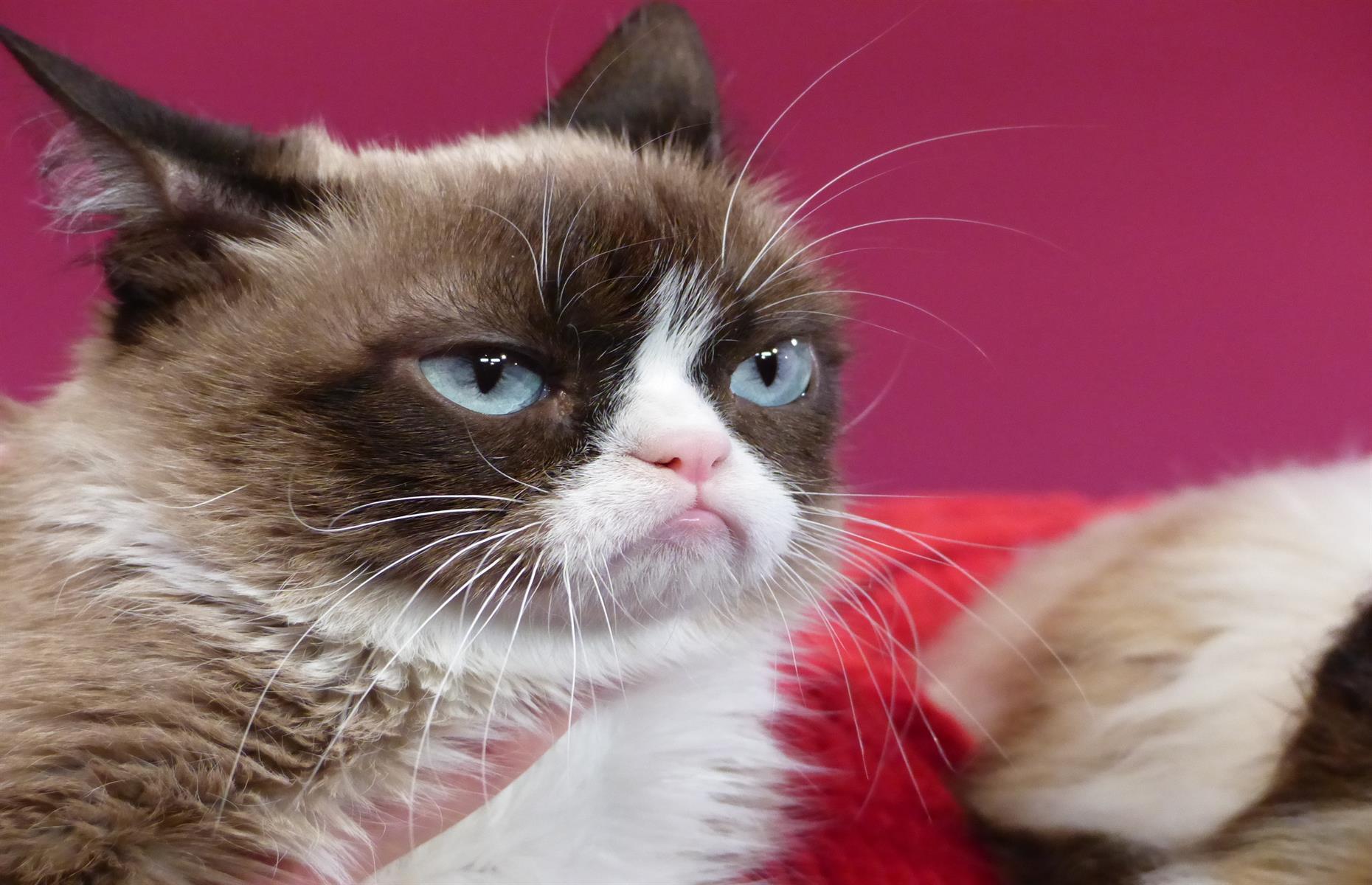 The world's wealthiest animals past and present

We don't often think of animals as having a bank balance, but some pets have managed to make a pretty penny out of their looks, or found fortune after inheriting money from their owners. From the late social media star Grumpy Cat to the real-life Game of Thrones direwolves, here are the world's wealthiest animals past and present.
Features 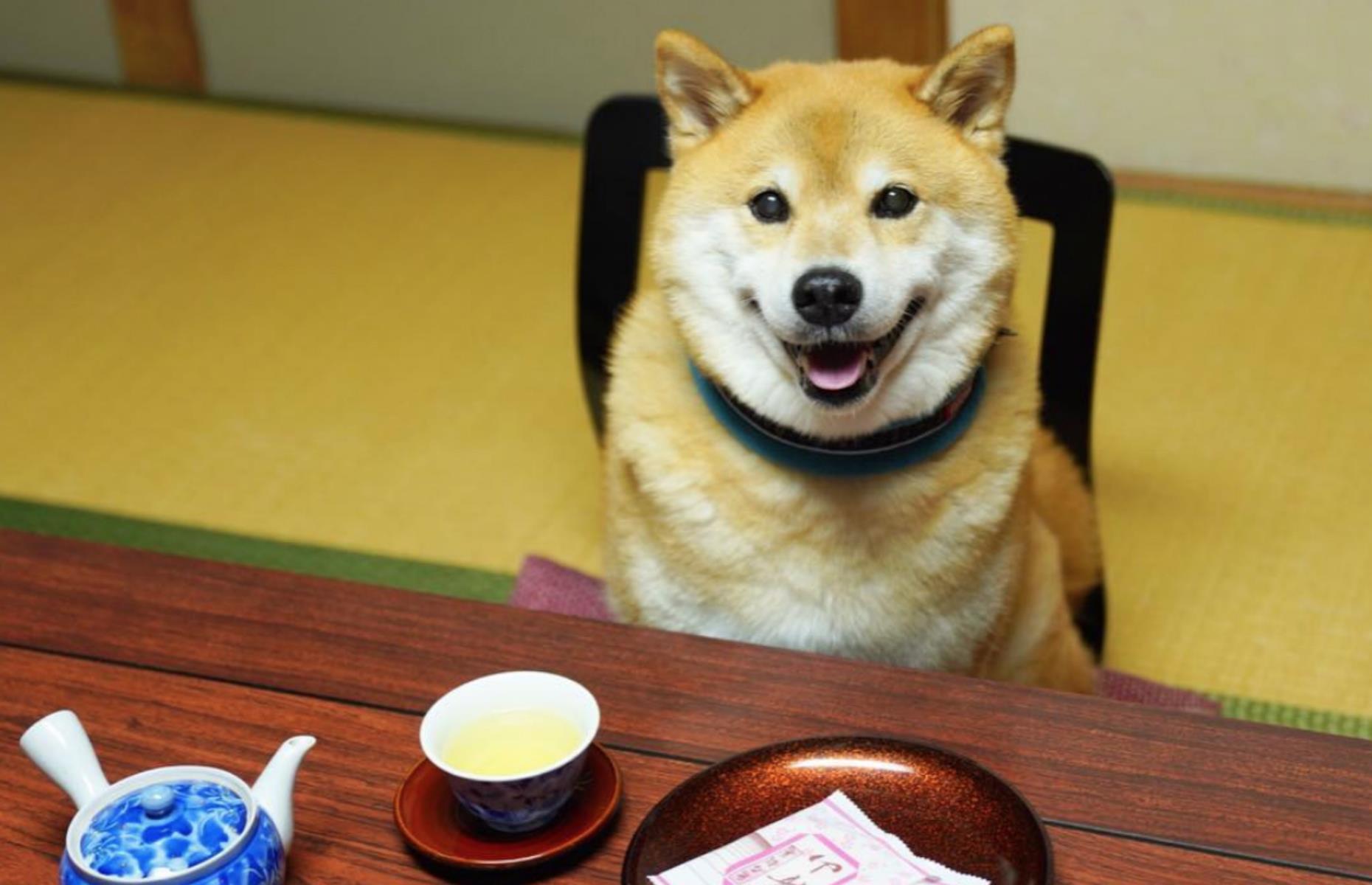 Japanese internet star Maru is a Shiba Inu dog with more than 2.5 million followers on Instagram. Owned by Shinjiro Oro and estimated to be worth somewhere between $100,000 (£78k) and $1 million (£790k), Maru is known as the "smiliest dog in Japan" and can be spotted walking around parts of Tokyo. Maru's known for wearing backpacks and posing for strange photo ops, often featuring a toy hedgehog. He even has his own online shop.

Celebrity cat Lil Bub became internet-famous thanks to her distinctive appearance and sticking out tongue after being found as the runt of a feral litter in a shed in Indiana. The perma-kitten, who will never grow to full size, is thought to earn at least $30,000 (£26.9k) a year from YouTube and media appearances, with an estimated net worth of $195,000 (£154k). The cat has also made it onto the big screen in Hollywood films Nine Lives (2016) and I'll Be Next Door for Christmas (2018). Lil Bub's owner donates some of her earnings and has helped raise more than $300,000 (£237k) for animals in need.

Doug the Pug has over 3.8 million followers on Instagram and has an estimated net worth of about $500,000 (£395k). Known for dressing up in cute costumes, his eponymous book has been named a New York Times bestseller and he has appeared in music videos for Katy Perry and Fall Out Boy. The famous internet pug also has his own accounts on YouTube and Spotify.

Reclusive Brit Nora Hardwell left more than two-thirds of her estate – $660,000 (£450k) – to provide for her collie-cross bitches Tina and Kate (not pictured) when she died in 2002. A carer looked after the dogs and house until the dogs’ deaths, then the remaining money passed on to four charities.
Features 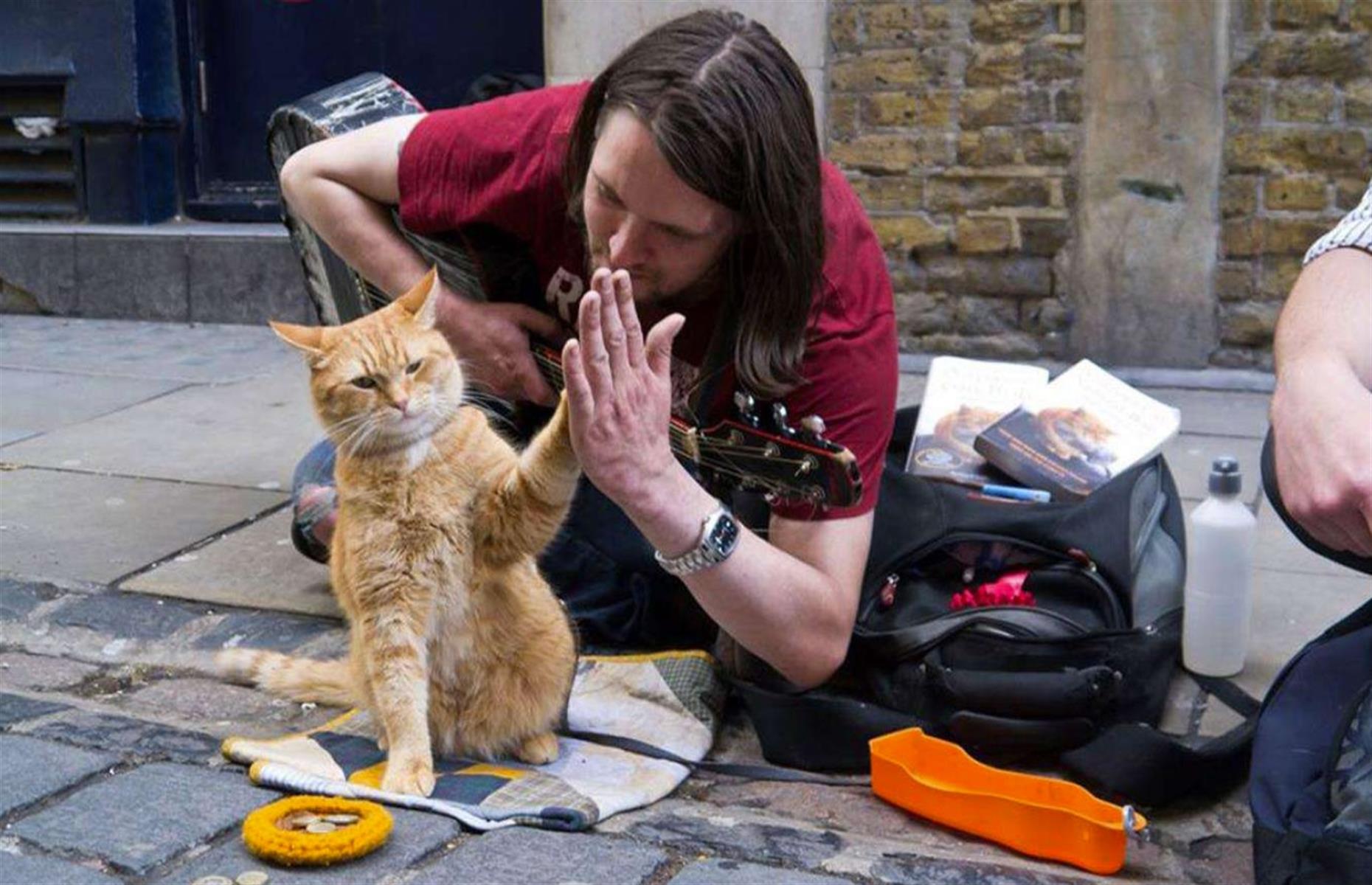 A homeless drug addict turned his life around with the help of a cat. When James Bowen was befriended by a stray ginger tom in London they paired up and began busking together. After becoming a sensation Bowen went on to sell four million copies of his book A Street Cat Named Bob, earning around $734,000 (£500k), and making Bob one well-off feline. 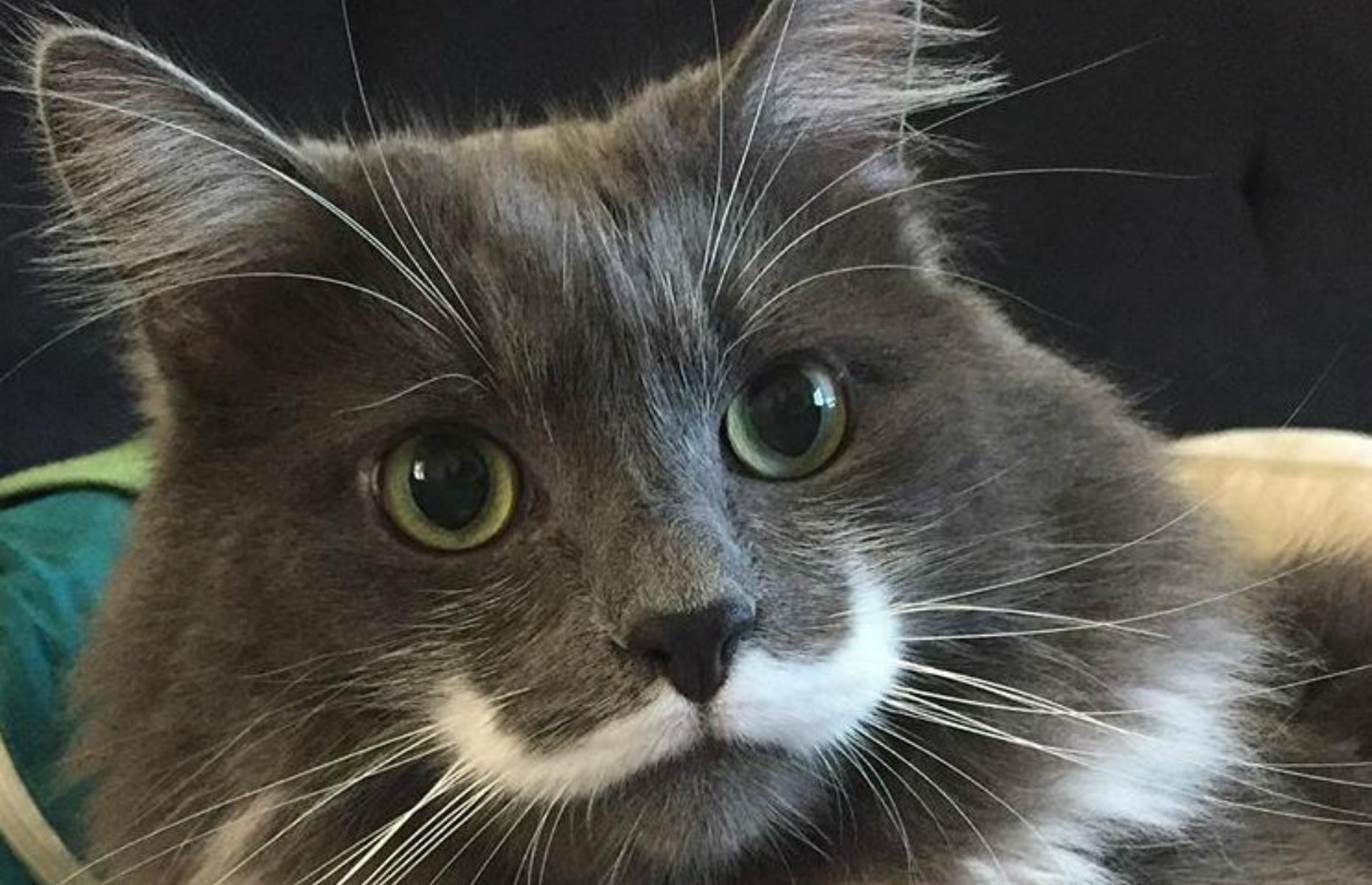 California-based Hamilton The Hipster Cat was rescued from a shelter by his owner Jay Stowe. Known for his distinctive moustache, Hamilton has over 800,000 followers on Instagram and can demand up to $13,000 (£10k) per Instagram post. Hamilton’s net worth is estimated to be as high as $1 million (£787k). 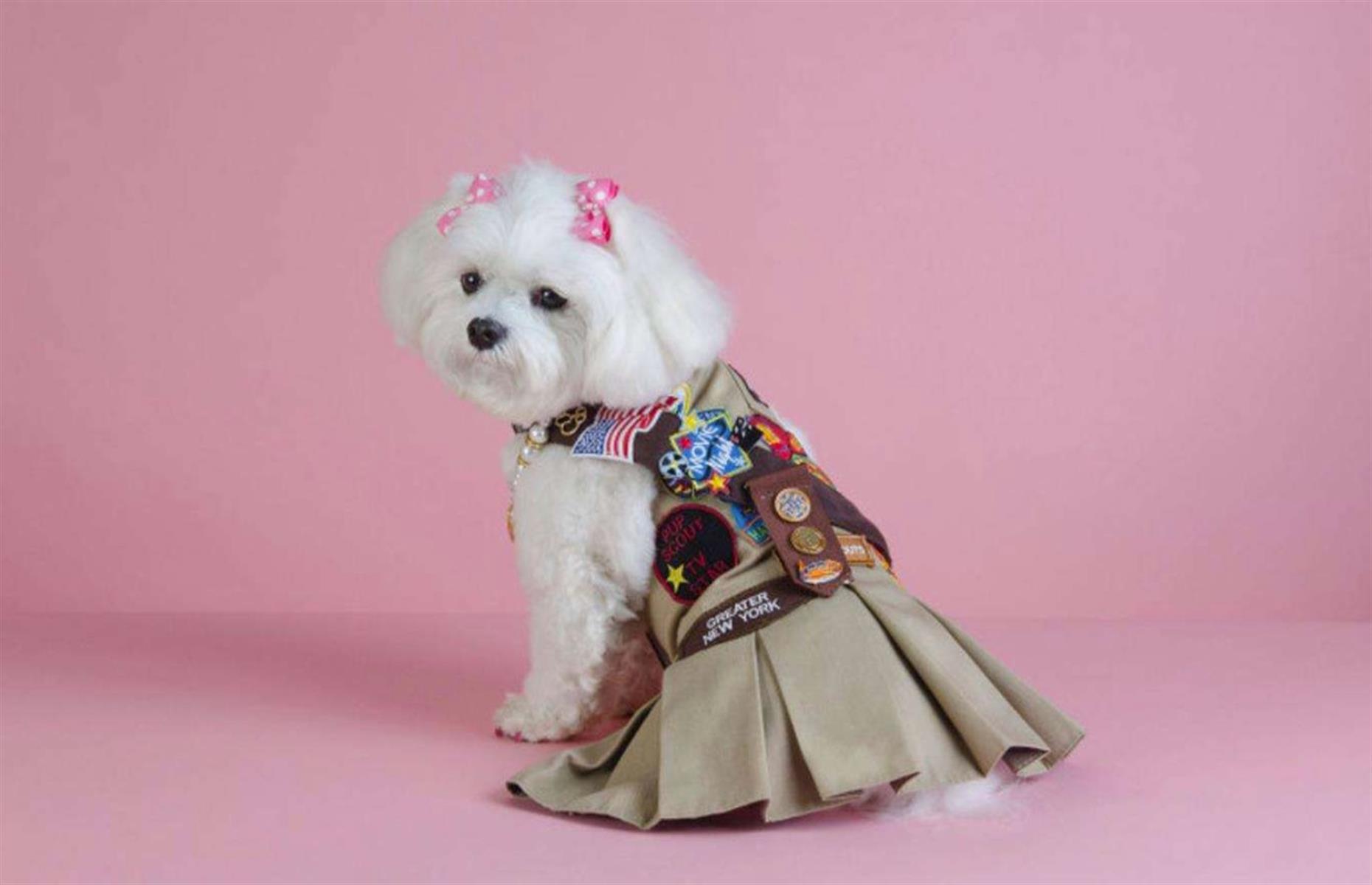 Known as the Million Dollar Maltese, Bella Mia is a terrier owned by American accountant Rose Ann Bolsany, who has an estimated $1.5 million (£1.2m) fortune. In 2015 Bolsany stated that her sons have been cut out of the will to provide for Bella Mia. But apparently they don’t mind too much as they’re successful in their own right.
Features
8 of Facebook/Center for Great Apes
List View Gallery View Full screen

Bubbles the chimpanzee was rumoured to have been left $2 million (£1.6m) by Michael Jackson when he died in 2009. The chimp was bought by Jackson for $65,000 in the early 1980s and lived at his Neverland Ranch until 2005, when he was retired to Florida's Center for Great Apes. At the height of his fame, Bubbles even toured Japan with his pop star owner. Reports he was left an inheritance have been denied, although the centre did confirm the Michael Jackson Estate continues to pay his annual care costs.

Thor and Odin, pictured here with owner William Dulhall, played direwolf pups Grey Wind and Summer in the very first episode of Game of Thrones and are now insured for $1.3 million (£1m) each. The Northern Inuit breed is so rare that the dogs were the first ever born in Ireland. Nowadays, the wolf-like pooches spend much of their time meeting the TV show's fans through Dulhall's Direwolf Tours, which travel around the filming sites in Northern Ireland.

Karl Lagerfeld once described his white Birman cat Choupette as a "sort of silent Jean Harlow". The German designer was obsessed by the animal, providing her with two maids and four specially-prepared meals a day, which were served in "fabulous bowls". Choupette went on to earn a fortune in her own right, earning $3 million (£2.7m) through ads with a German car maker and a Japanese make-up brand. Lagerfeld also left her a chunk of his estimated $150 million (£118m) inheritance in his will.
Features
11 of Gale Adler/Paramount
List View Gallery View Full screen

Jack Russell terrier Moose was best known for his role as Eddie Crane in TV sitcom Frasier, earning $10,000 (£7.9k) per episode. With an estimated net worth of $3.2 million (£2.9m), Moose was also said to receive more fan mail than any of the other stars on the show. Like all good dogs, he responded well to a treat. When producers needed him to nuzzle his human co-stars, Kelsey Grammer and co had liver pate dabbed behind their ears. Moose died in 2006.

Hollywood legend Betty White has long been known as an animal rights activist and was rumoured to have singled out $5 million (£4m) in her will to look after her beloved golden retriever Pontiac and her other pets. Sadly, the 97-year-old The Golden Girls star now lives alone after Pontiac passed away in 2018. But the animal-loving nonagenarian is said to make regular out-of-hour trips to LA Zoo.

Bart the Bear 2, also known as Little Bart, has an estimated net worth of $6 million (£4.7m) thanks to starring in films such as We Bought A Zoo  (2011) and Into the Wild (2007). But perhaps the most famous performance by the Alaskan brown bear, similar to that pictured, was actually on the small screen, when Brienne took him on in season three of Game of Thrones. Actress Gwendoline Christie later told how Little Bart had his own trailer and was played country and western music to soothe him.

Boo the teacup Pomeranian was first of the internet famous dogs and by the time he died in early 2019, he'd amassed 16 million followers on Facebook. Known as the "cutest dog in the world", he was thought to have earned $1 million (£790k) a year. Boo made TV appearances, wrote a book and became an ambassador for a US airline, before dying of a "broken heart" after the death of his doggie companion, Buddy.
Features 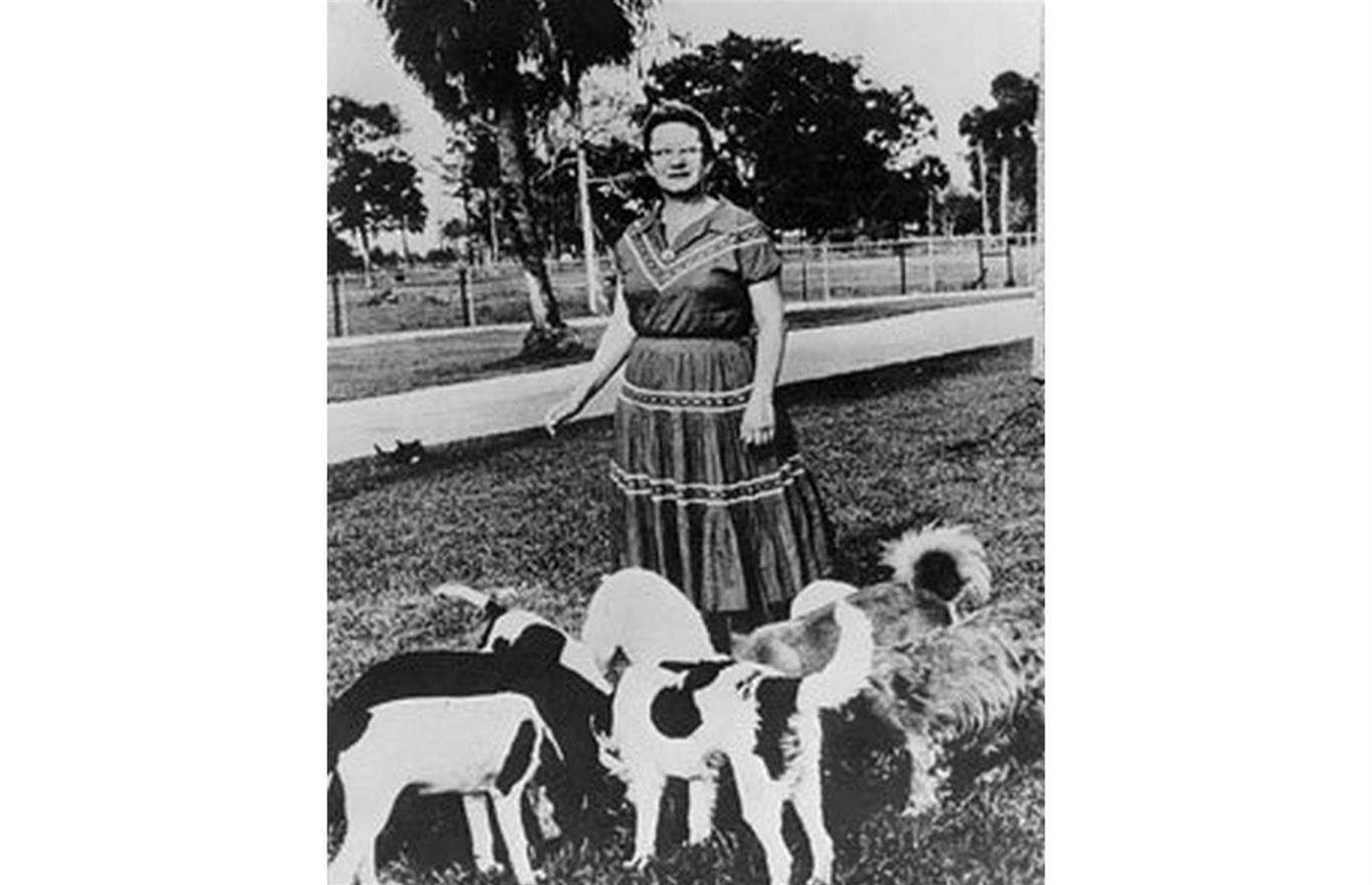 When Eleanor Ritchey, the heiress to an oil fortune, died in the early 1960s she left a trust estimated at more than $12 million (£9.5m) to care for more than 150 dogs in a shelter she’d built on her 180-acre ranch. Ritchey dedicated her life to rescuing stray dogs, and ensured they had a comfortable life until the last remaining dog died – the remaining money was then bequeathed to Alabama’s Auburn University.
Features
16 of Dora Zett/Shutterstock
List View Gallery View Full screen

Pampered pooch Trouble inherited $12 million (£9.5m) from Leona Helmsley after the real estate billionaire cut two grandchildren out of her will and evicted her son's widow after his death back in 2007. This figure was later reduced by a judge to a mere $2 million (£1.6m) but meant the Maltese dog, similar to that pictured, was able to retire to Florida. Here he could manage on $100,000 (£79k) a year, including $8,000 (£6.3k) for grooming costs, until his own death four years later.

The world's most eccentric super-rich people ever

Gigoo the hen became the world's wealthiest chicken after being left $13 million (£10m) by British publishing giant Miles Blackwell. The chicken was one of a number of rare breeds raised by the multi-millionaire and his wife when they retired. When Blackwell died in 2001, he also left a large chunk of his $82 million (£65m) fortune to charity.

US talk show host Oprah Winfrey is a big fan of her "fur children", which comprise cocker spaniel Sadie, springer spaniels Sunny and Lauren, and golden retrievers Layla and Luke. Indeed, if she dies before any of them the pups are reportedly set to benefit from a $30 million (£24m) trust fund. As Oprah once said: "Dogs? What dogs? These are my fur children, and they always make me feel happier and more human." 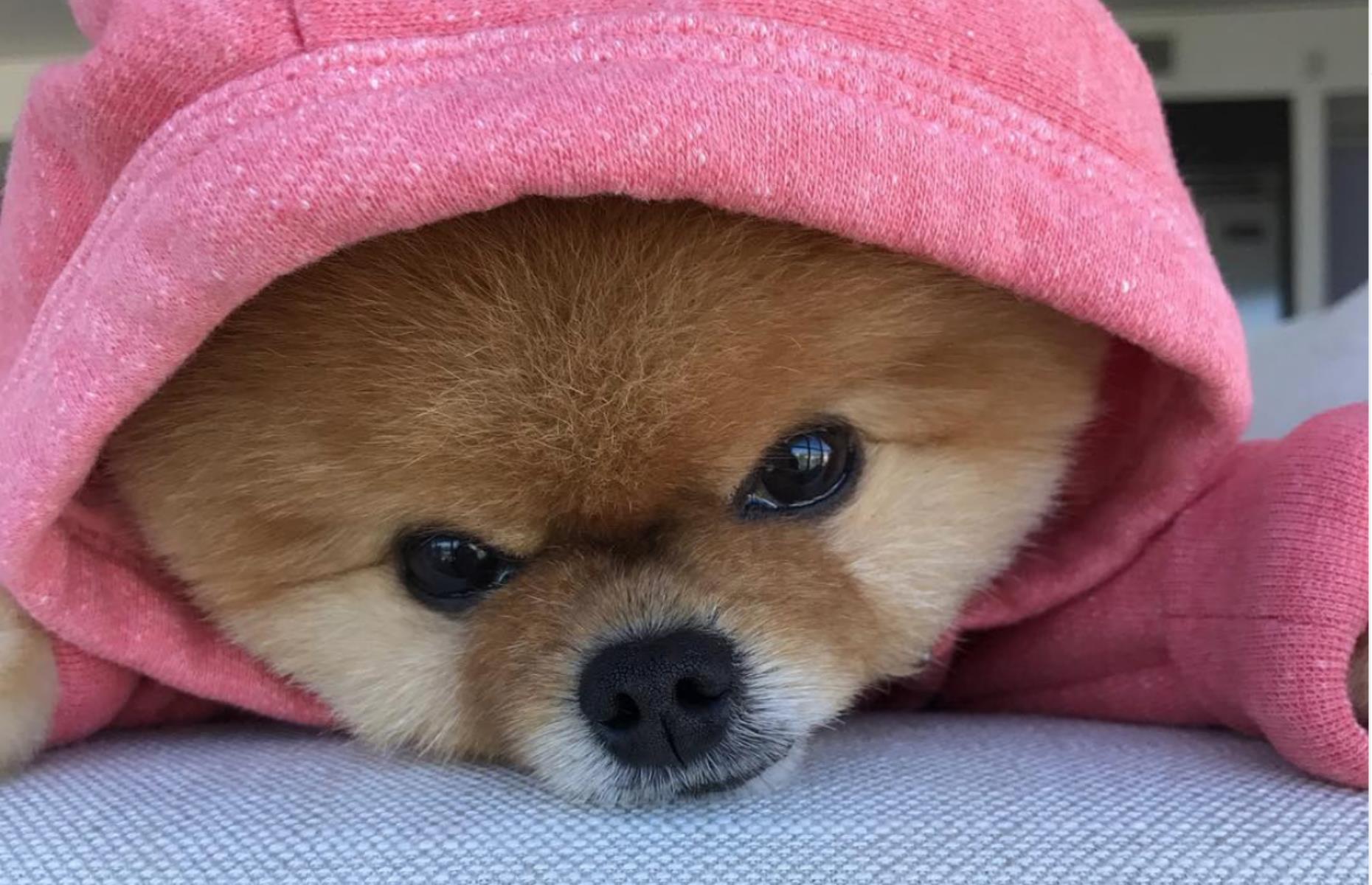 Jiff the Pomeranian, also known as Jiffpom, appeared in Katy Perry's Dark Horse video several years ago and now counts himself as the world's "most popular dog" with more than 30 million followers on social media. It's not just looks, he's a talented pup who has broken two Guinness World Records for the fastest 10m run on hind legs and 5m run on front paws. Jiffpom even has his own emoji line, Jiffmoji. An Australian news website estimated he earned A$17,500 ($12,100/£9,500) per Instagram post, while another source put his total net worth at $56 million (£44m).

The most expensive dog breeds in the world

Taylor Swift's cat Detective Olivia Benson is named after the pop singer's favourite character in TV show, Law and Order: Special Victims Unit, and is thought to be worth a cool $97 million (£76m). Not satisfied with just belonging to one of the world's highest-paid singers, the Scottish fold cat has amassed her own fortune by appearing in ads for Diet Coke and Keds shoes. Swift also owns two other cats, Doctor Meredith Grey, named after a character from Grey's Anatomy, and the recently-acquired Benjamin Button.

Social media star and internet meme Grumpy Cat, real name Tardar Sauce, sadly passed away in May 2019. But before her death she was estimated to have a net worth of up to $100 million (£79m), although her owner said that wasn't strictly true. What is certain is that Tabatha Bundesen was able to give up her job as a waitress when her cat's famous scowl went viral on Reddit. When the permanently peeved-looking puss died, her owner paid tribute to the cat who helped "millions of people smile all over the world".

The richest pet in the world is thought to be Gunther IV, a German shepherd, with an estimated fortune of $375 million (£296m). Gunther IV inherited the money from his father, Gunther III, who himself was left $106 million (£84m) by German countess Karlotta Liebenstein back in 1991. This inheritance later was invested by trustees, including in a property rumoured to have been owned by Madonna. We can only assume that there's been enough left of the fortune to be passed down to Gunther V...

Miniature marvels that people have spent fortunes on