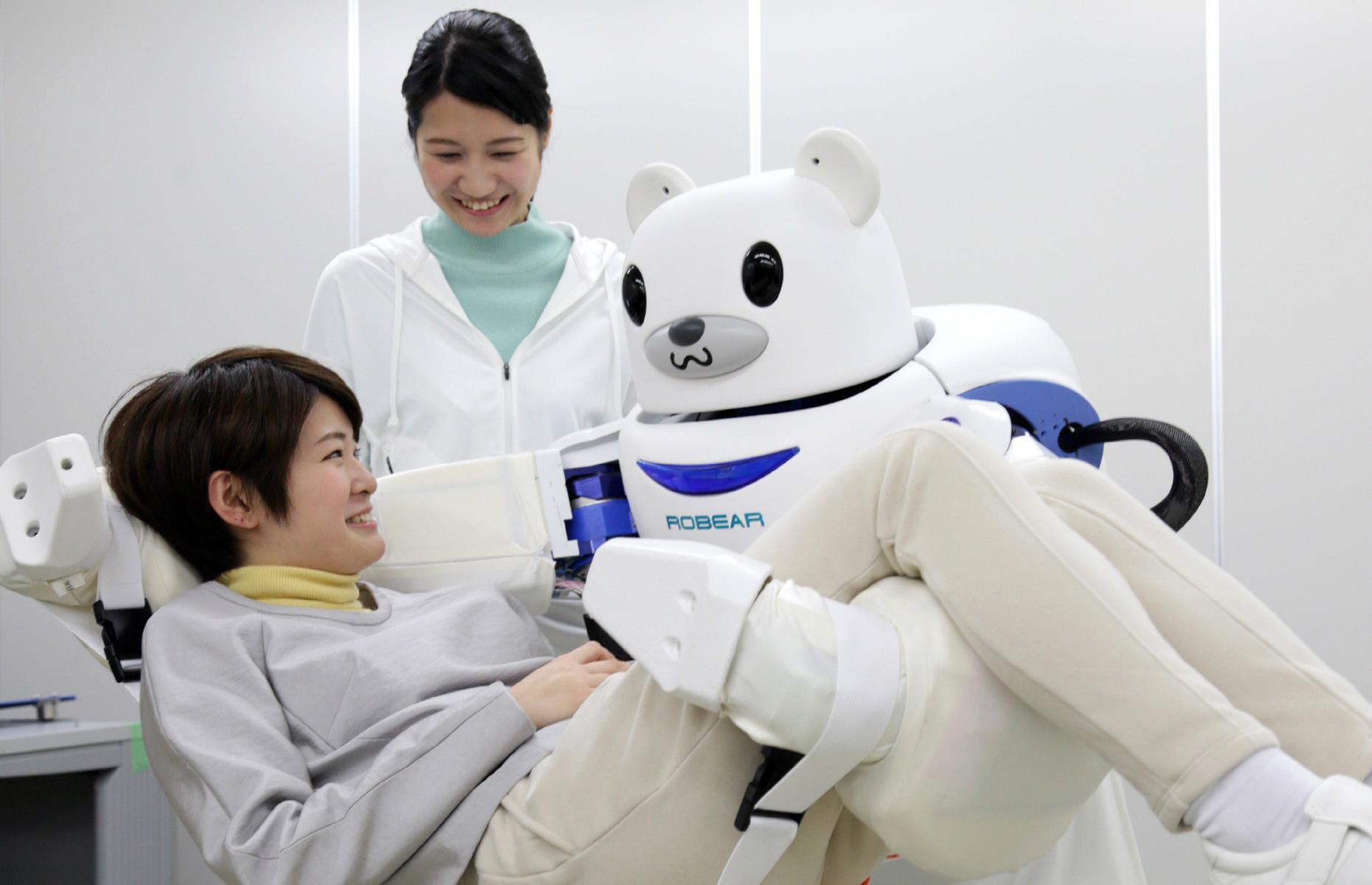 The rise of robots is no longer mere science fiction, with robotics and artificial intelligence infiltrating nearly every area of our lives from self-serve checkouts in supermarkets to screening legal documents. So it's no surprise that a McKinsey Global report predicts that robots will take over 800 million jobs by 2030, which would affect a fifth of the global workforce. Click or scroll through to see what robots in the workplace actually look like today. 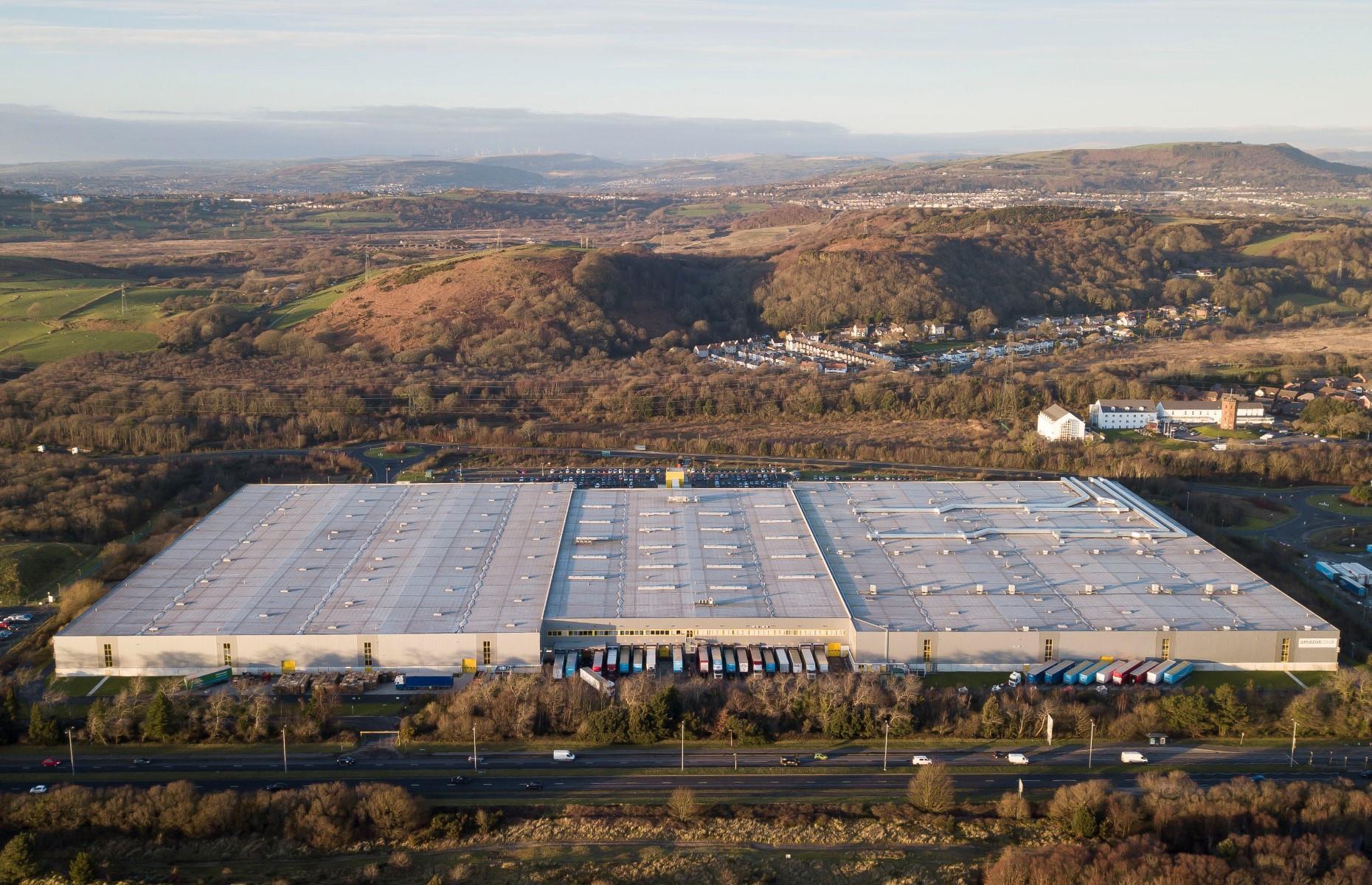 Amazon's huge warehouses – known as “fulfilment centres” – use some of the most sophisticated tech around, including robots that organise shelves of goods and artificial intelligence-based stock taking. As the centres range between 400,000 and 1 million square feet (37,161-92,903 square metres) in size, which is the equivalent of 14 football pitches, robots are crucial to Amazon's quick delivery process. There are currently more than 175 fulfilment centres, most of which are in North America and across Europe. 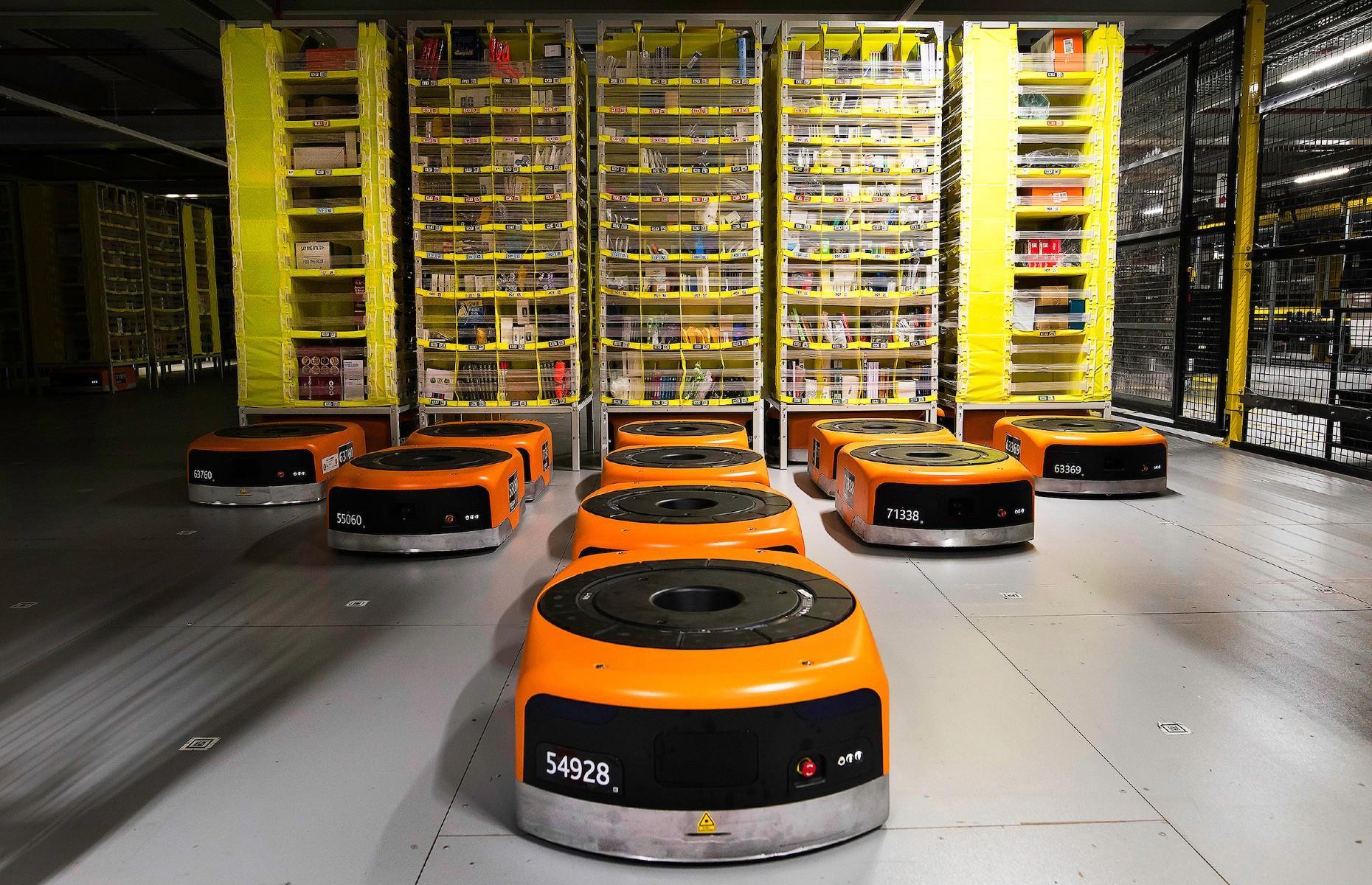 Robots are in control at Amazon

Robots move shelving units across the warehouse's floor, which directs it to the correct place via QR codes – a type of barcode. The robots also have cameras that can see above, below and to the sides, so they know which way to go. The rest of the process involves humans, but at a minimal level. Stock-taking, labelling and sorting are all done by machines. Amazon even has its own Amazon Robotics division that focuses on the development of its fulfillment centre robots. 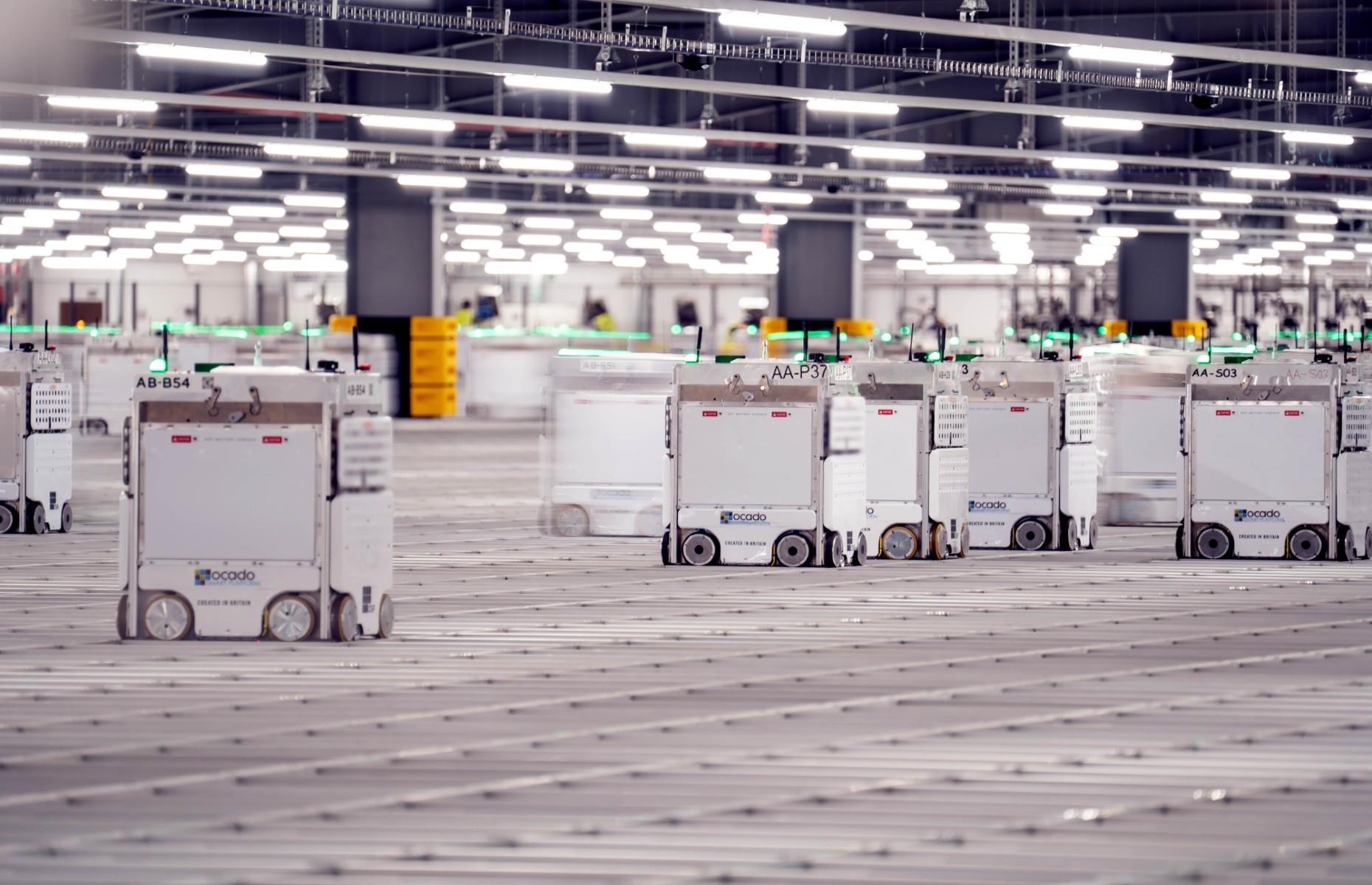 Online grocery shopping has been around for a while, but has become even more popular during the coronavirus pandemic's lockdowns. While drivers are still needed to deliver groceries, at Ocado, a UK-based online grocery delivery service, there are 1,100 robots in its warehouses to pack all of its grocery deliveries, putting human warehouse workers out of a job. Working across a three-storey grid system, which is the size of three football pitches, each robot can travel as much as 37 miles per day in the company’s Andover warehouse. The robots are quicker than humans. Together, they can pack a bag of 50 groceries in an impressive five minutes. The company also supplies its robot technology to other supermarkets around the world, including Kroger in the US. 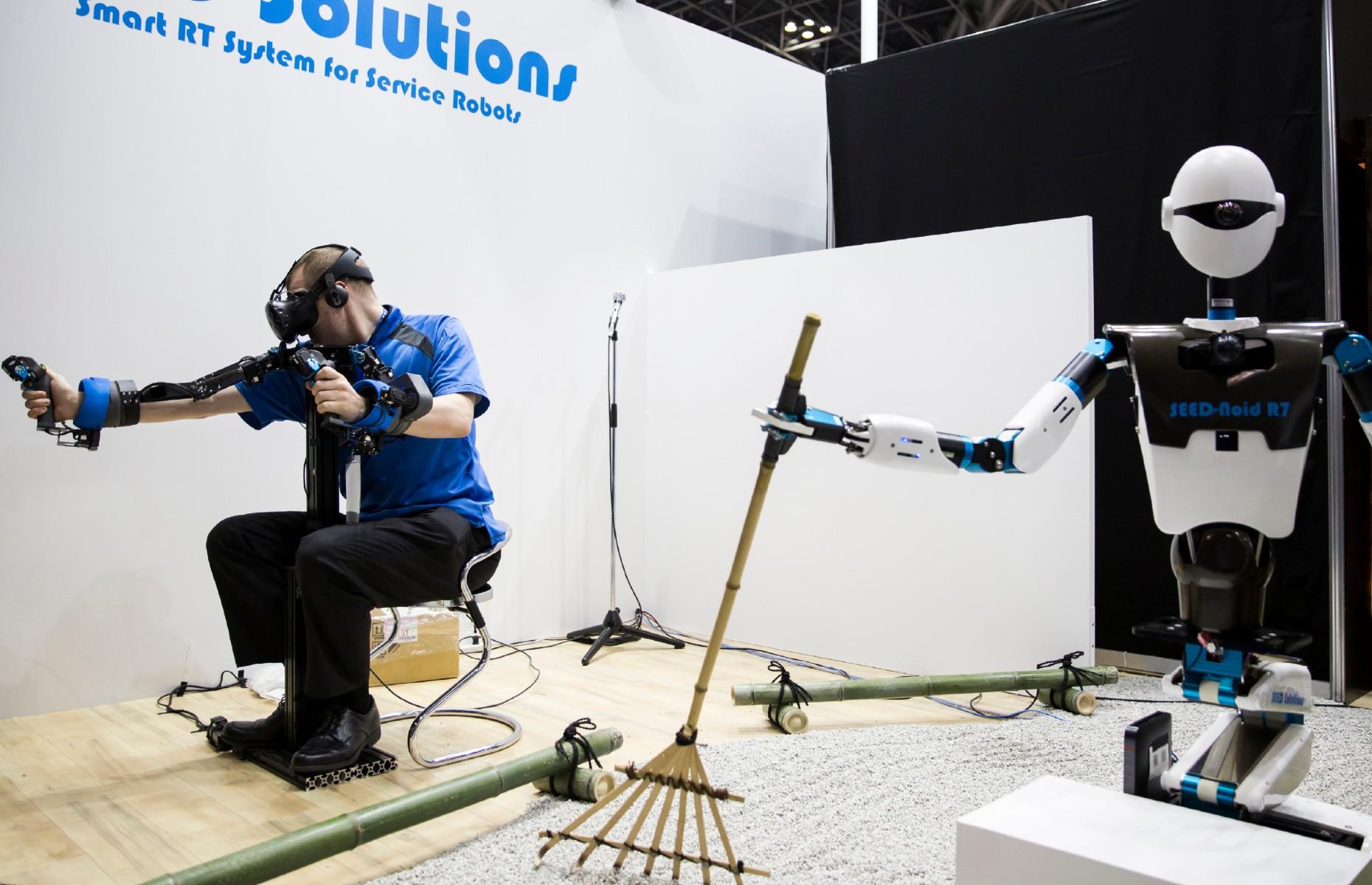 Some shops haven’t replaced human workers entirely, but instead are using technology to enable employees to work from home during the coronavirus pandemic. One small supermarket in Tokyo has installed a Model-T robot from Telexistence, which is controlled via virtual reality technology. The employee uses a headset and hand controls to handle products in-store through the robot, allowing them to do their job from the safety and comfort of their own home.
Features 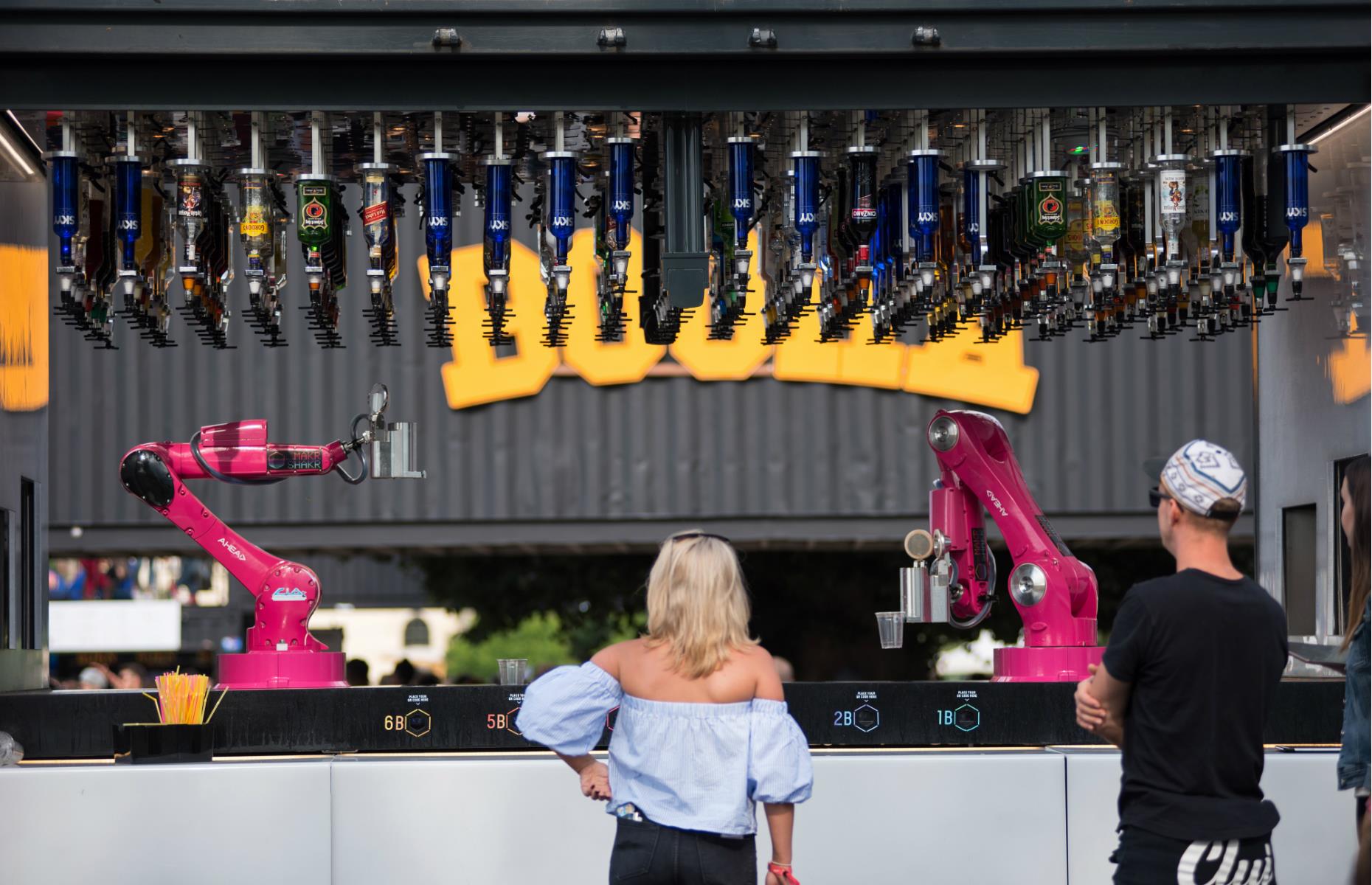 The world’s first bionic bartender, Makr Shakr, puts the customer in control. You use an app to order drinks as devised by a professional bartender. Or, if you’re feeling brave, the robot will mix a drink to your very own recipe… 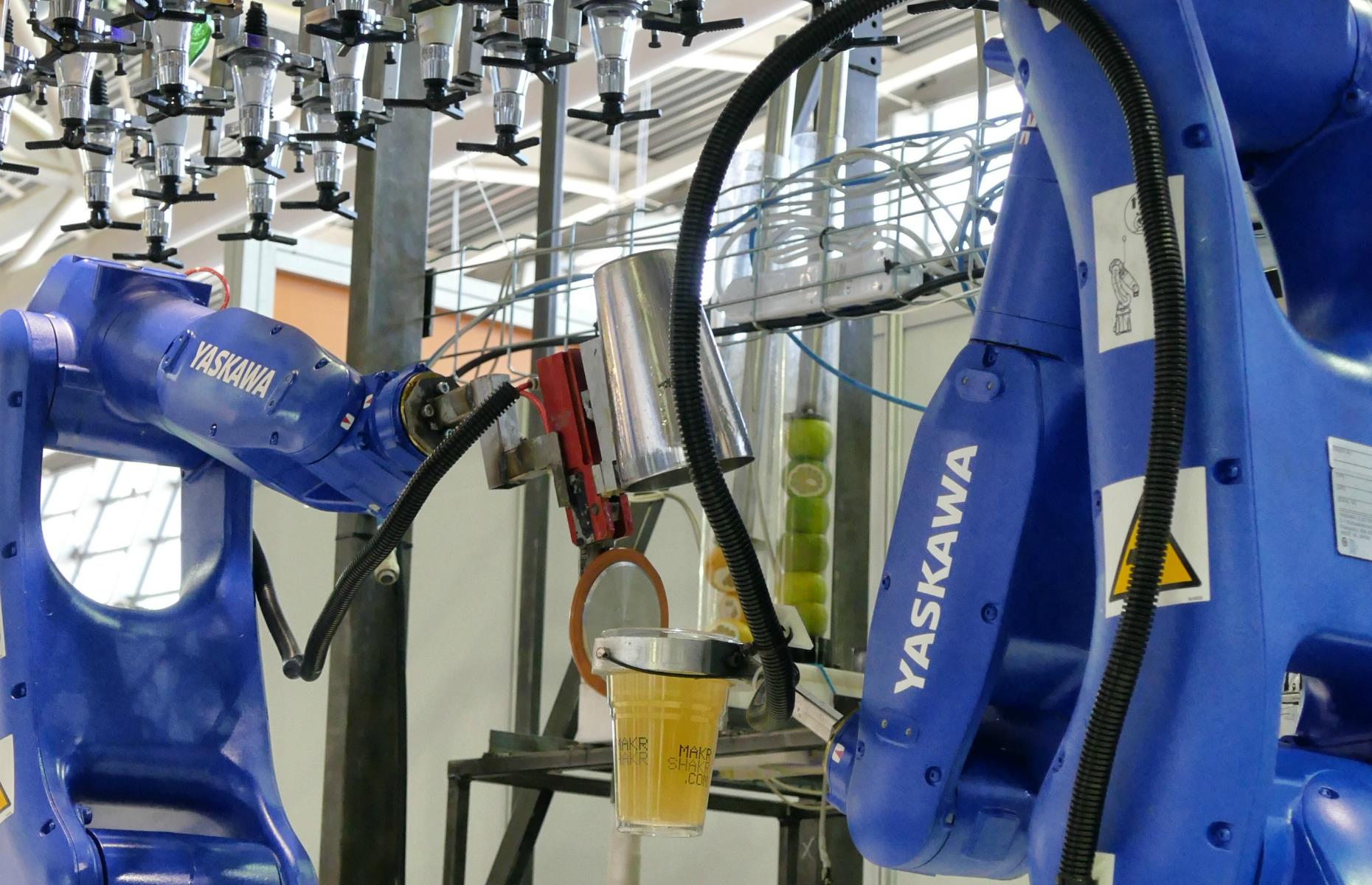 First created in 2013, the latest version of the robot, called Nino, has two bionic arms which can shake cocktails and squeeze lemons more accurately than any resident Tom Cruise-style mixologist. The machine has since been installed on cruise liners and in bars on the Las Vegas strip, as well as in France and the UK. The machine can make up to 120 drinks an hour, taking Happy Hour to a whole new level.
Features

Pepper is a four-foot tall robot who wants to know how you’re feeling. Created by SoftBank, the friendly humanoid bot can understand 70-80% of spontaneous conversation by looking at facial expressions, body language and words. Pepper robots were first used for market research, interacting with customers on the shop floor of SoftBank’s mobile phone stores. Now they are popular in Japanese homes, and are used in care homes to take residents through exercises, as well as to monitor them at night.

Japan has a very particular care crisis. Low birth rates and a historically high life expectancy have led to a large number of over-65s, and a lack of younger people to look after them. Robots are set to become a fixture in global social care, and more than 2,000 companies across the world have already adopted Pepper as part of their team.
Features
9 of JIJI Press/Stringer/Getty Images
List View Gallery View Full screen

And Pepper isn’t the only robot set to revolutionise care. Designers at Meijo University in Nagoya, Japan have developed the friendly Robear – “the strong robot with a gentle touch” – who they hope will be able to take on the tougher care-giving tasks such as lifting patients carefully from bed to wheelchair to bathroom.
Features 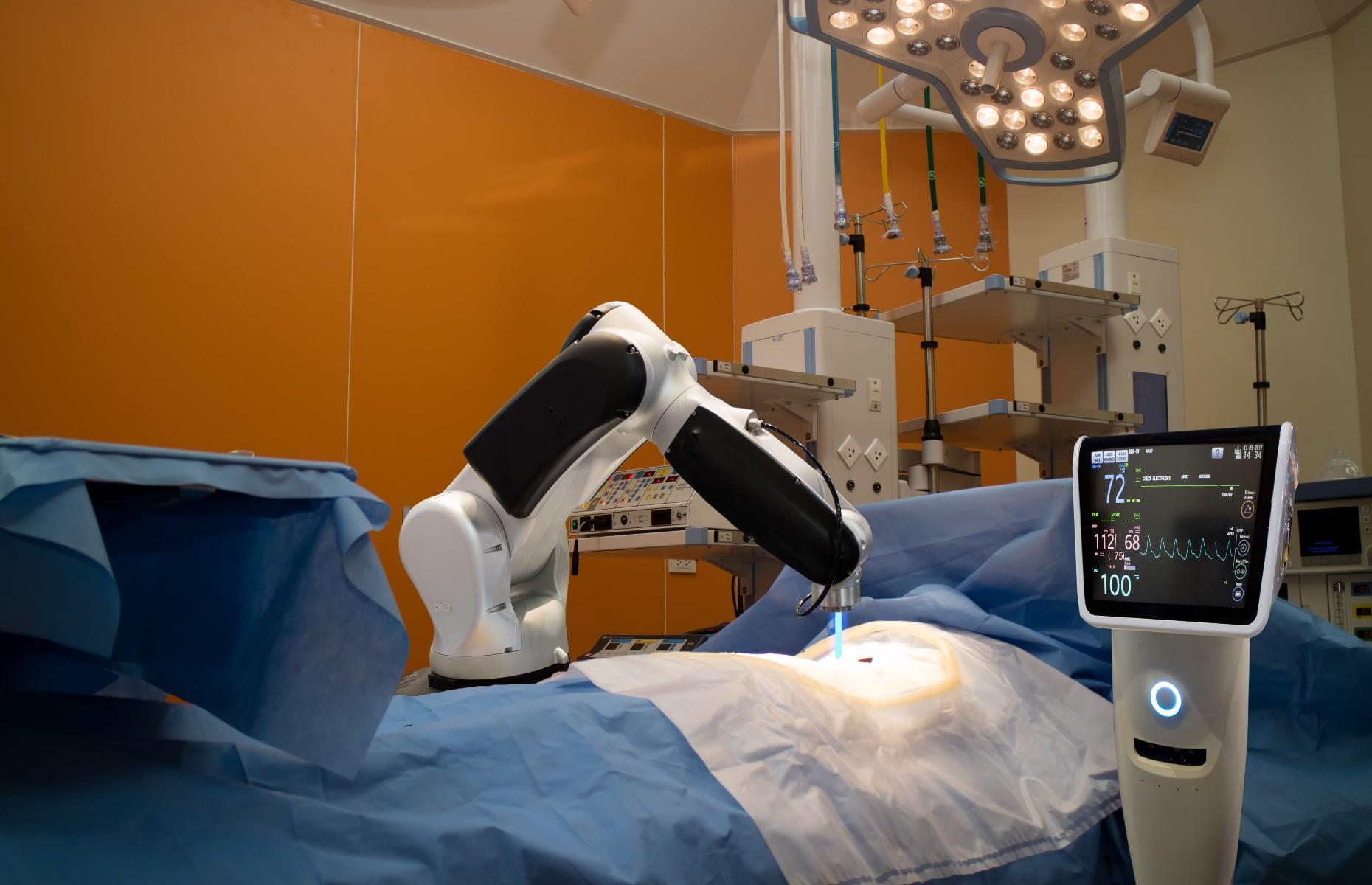 Another robot in need of a gentle touch is a new mechanical arm that will be used to carry out colonoscopies in the UK from next year. Using a camera to look for abnormalities in the bowel usually requires the hand of a qualified medical professional, but this artificial intelligence system will make the procedure easier for doctors and nurses to carry out while making it more comfortable for the patient. The camera is controlled by a magnet which can be operated by the medical professional, or by the robot itself; the robot-assisted procedures have been found to give medical staff more time to focus on clinical decisions, and to be "less painful" for patients. 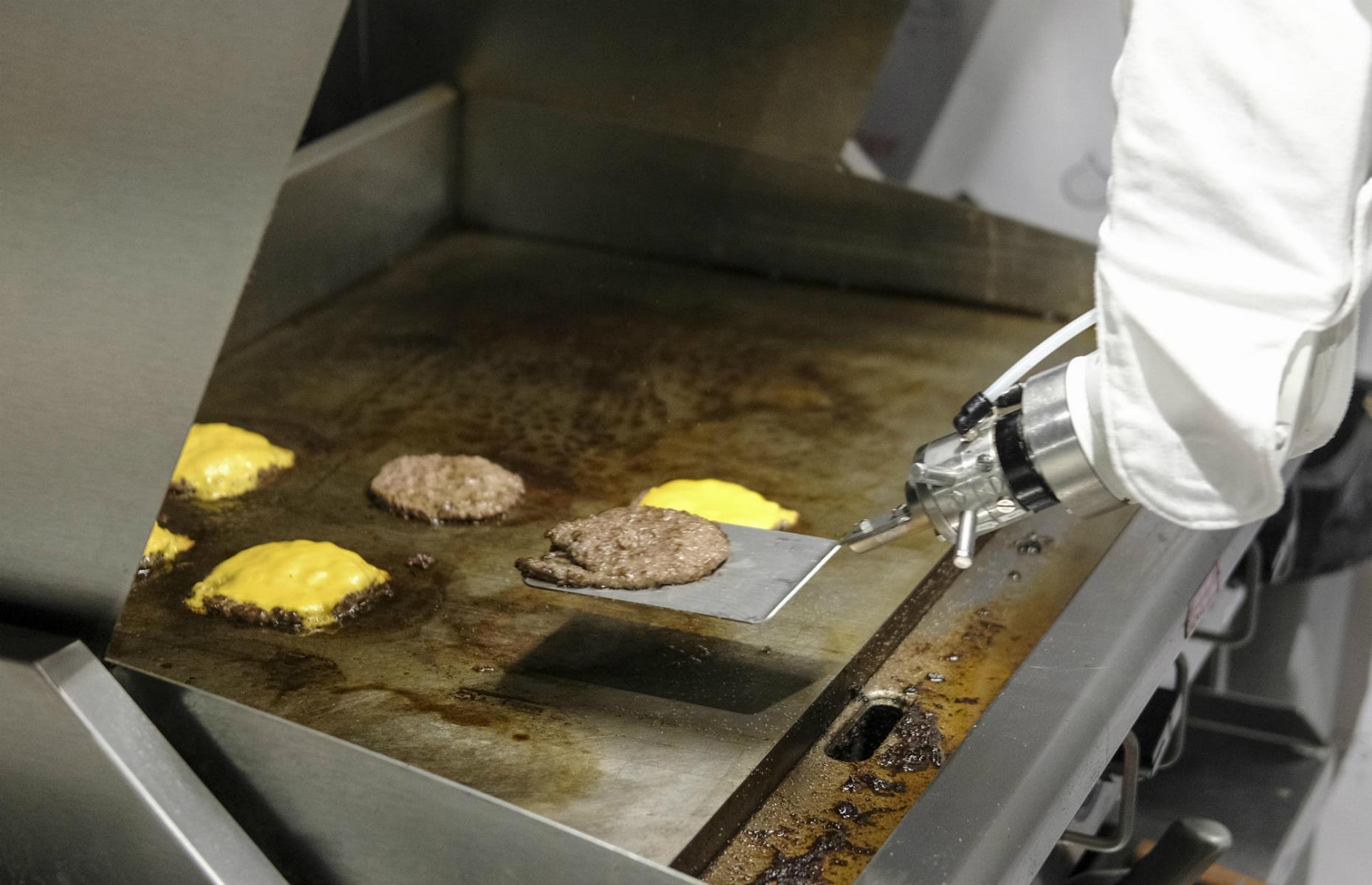 In China robots have been used in restaurants as far back as 2006, however they have often been more of a novelty than actually useful. But kitchen robots are now starting to pack a punch with Miso Robotics launching the world’s first autonomous kitchen assistant – Flippy.  A robot burger flipper, it has a jointed, bionic arm with a spatula at the end, and is armed with thermal sensors and cameras so that it can tell when a burger is thoroughly cooked. It can even clean up after itself. However, the robot’s amazing capacity to flip burgers got Flippy into trouble…

In March 2018, Flippy only lasted two days in its role at a CaliBurger restaurant in California because its human colleagues couldn’t keep up with the rate at which the robot was cooking burgers. However, a new and improved Flippy has recently come onto the market, and can cook 19 different foods, including onion rings, chicken wings and, of course, burgers. With a price tag of $30,000 (£22.8k), it’s yet to be seen how many restaurants will be looking to hire their very own Flippy… 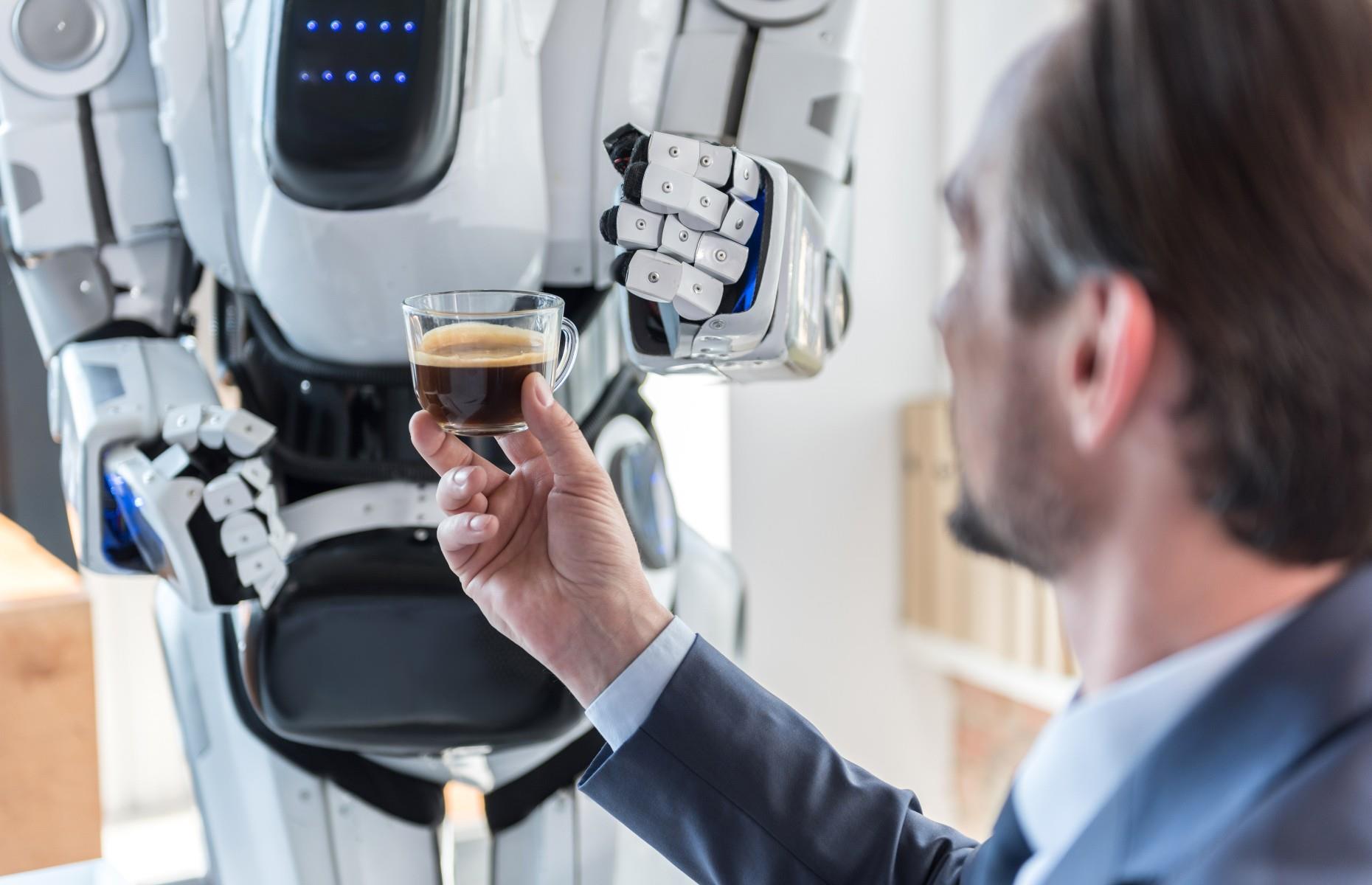 The coronavirus pandemic has made social distancing in public places vital, and so a coffee shop in South Korea brought in an automated member of staff to keep people in check. The robot barista not only prevents humans from coming into contact with one another by serving customers at their tables, but even makes the coffee, with the capacity to create 60 different types of drink. 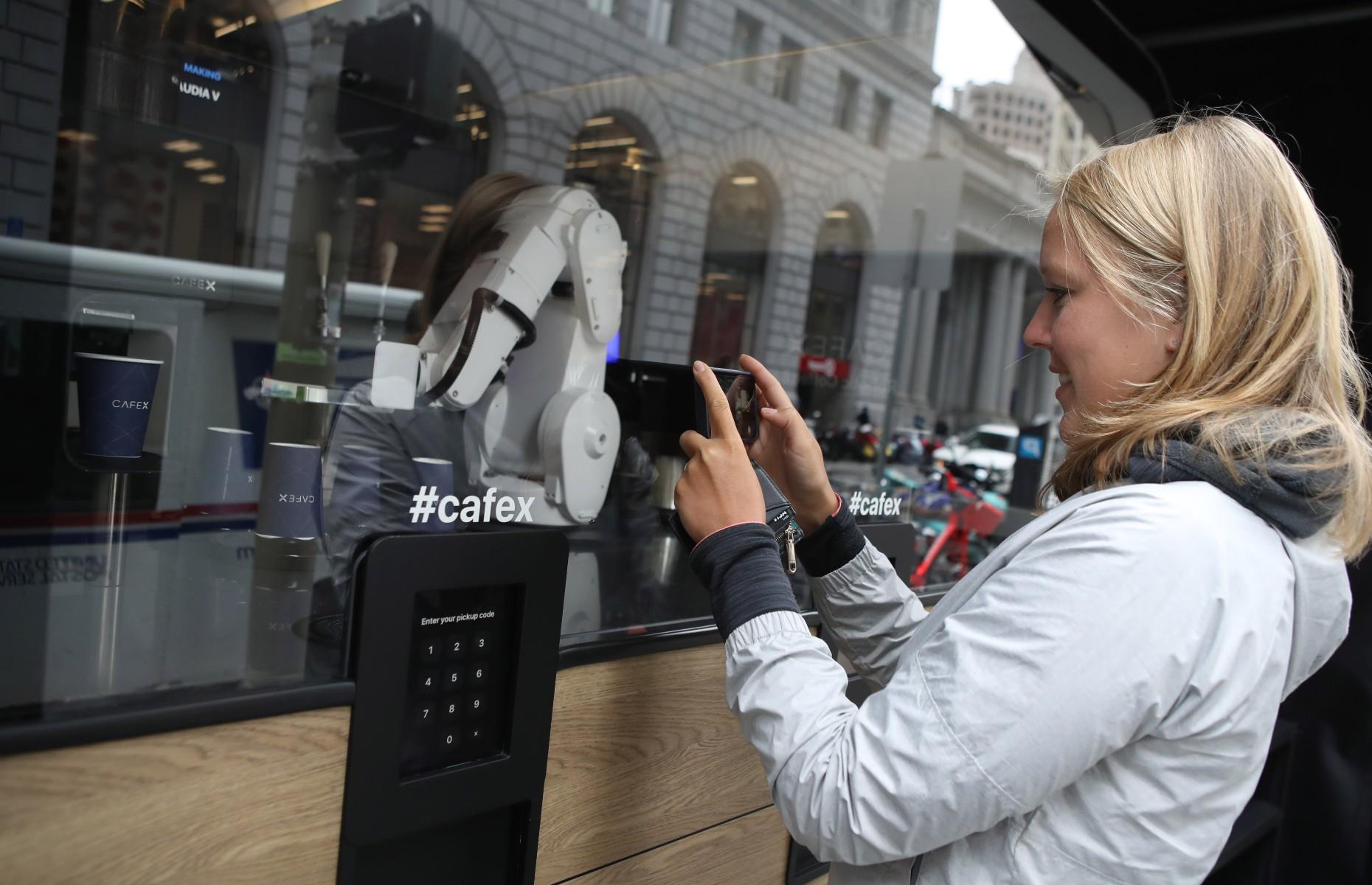 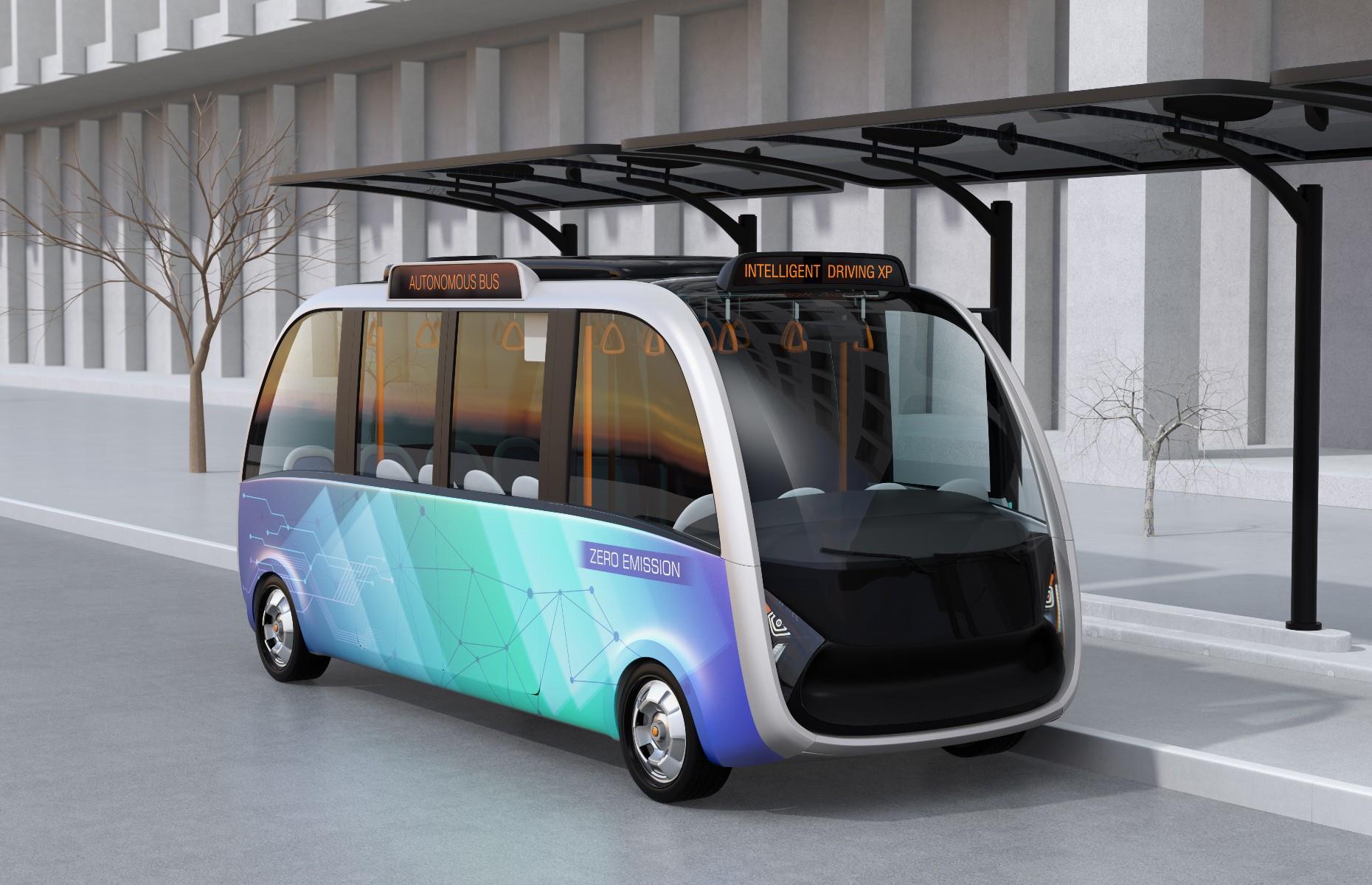 To date, self-driving buses have been fairly hit and miss. In November 2017, a self-driving shuttle bus crashed on the first day of its pilot in Las Vegas. And a similar incident occurred in October when Spain trialled its first driverless bus in Madrid. 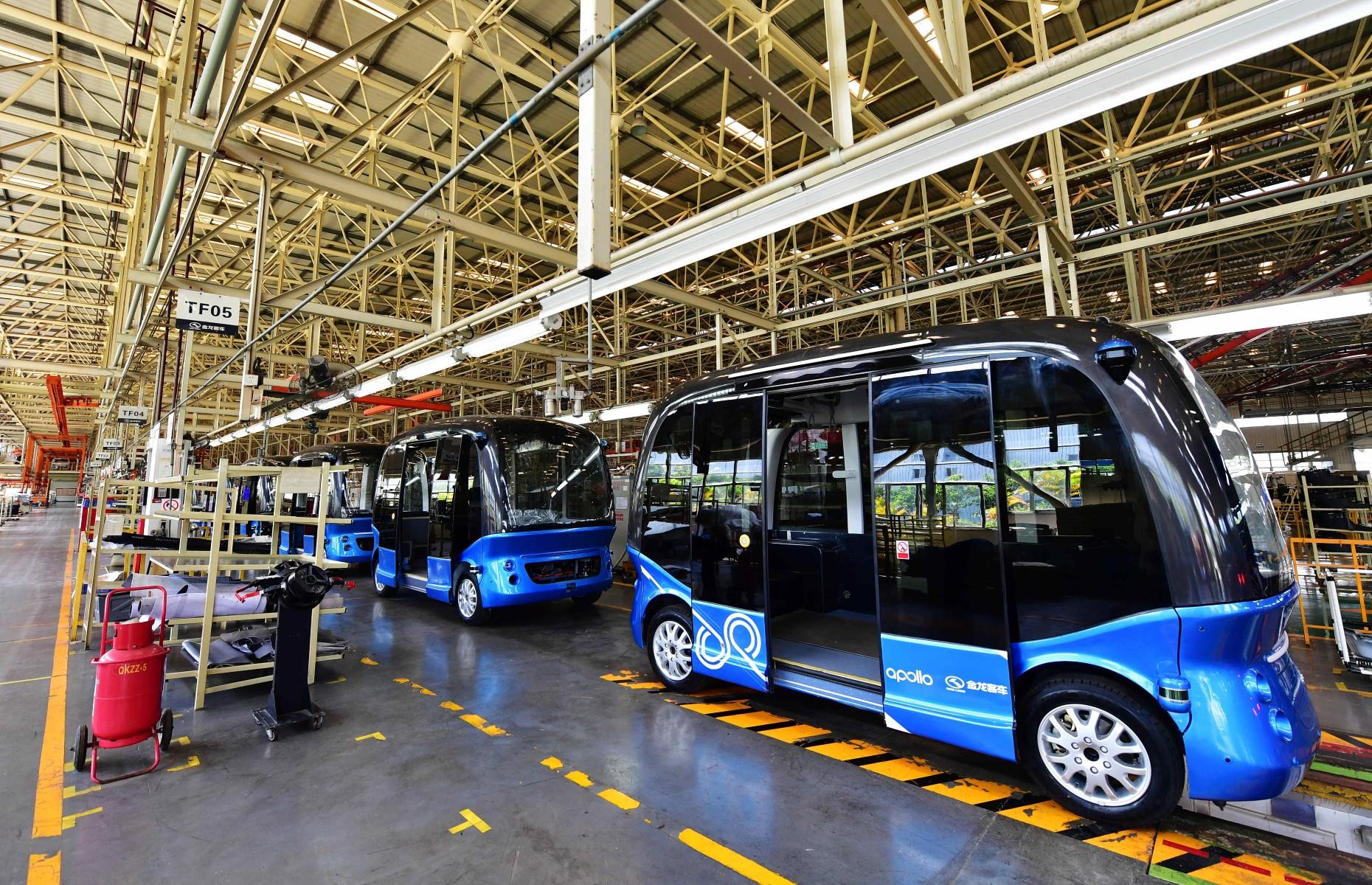 A future without bus drivers

But the driverless bus dream continues, with self-driving buses cropping up in Tallinn, Estonia and Toronto, Canada in October. Chinese tech firm Baidu also announced that it is going to start mass-producing its 14-seater Along driverless bus for use in China and other countries, and the company won its first commercial licence in 2019. With countries across the world working on the technology, it may not be long before human bus drivers become obsolete. 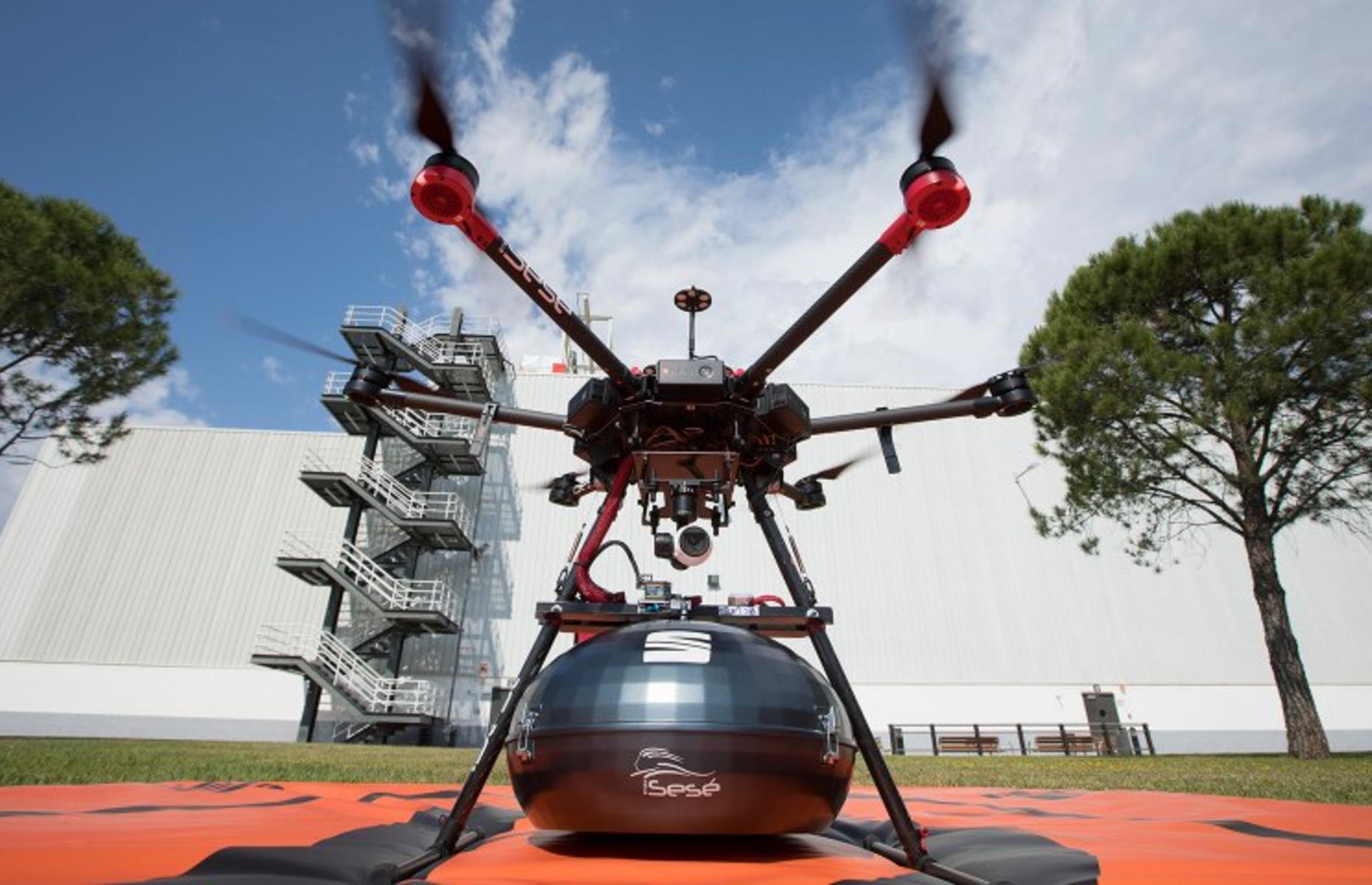 In 2019 car manufacturer SEAT has partnered with logistics company Grupo Sesé to deliver car parts to factories via drone across Spain. Steering wheels and airbags are now being sent by drone to the company's Martorell factory near Barcelona, cutting delivery times down to just 15 minutes – much faster than the usual 90 minutes it would take for a truck to deliver the parts.
Features 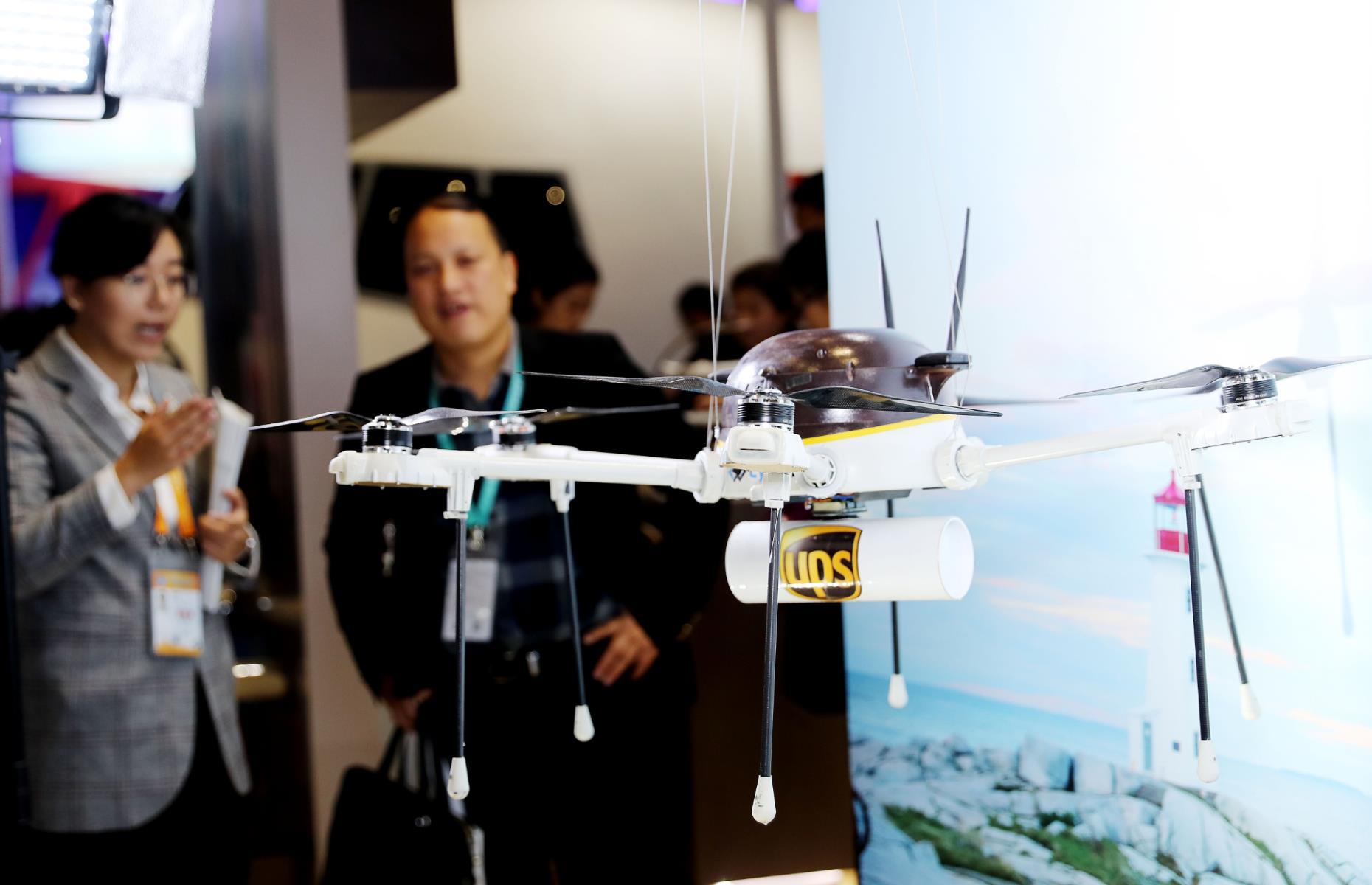 Package delivery company UPS is using drone delivery to get parcels to customers in remote parts of the US at faster speeds. In March, it was announced that the firm would be partnering with German start-up Wingcopter to develop a new type of delivery drone, which would help UPS improve its delivery offering both in America and globally.
Features 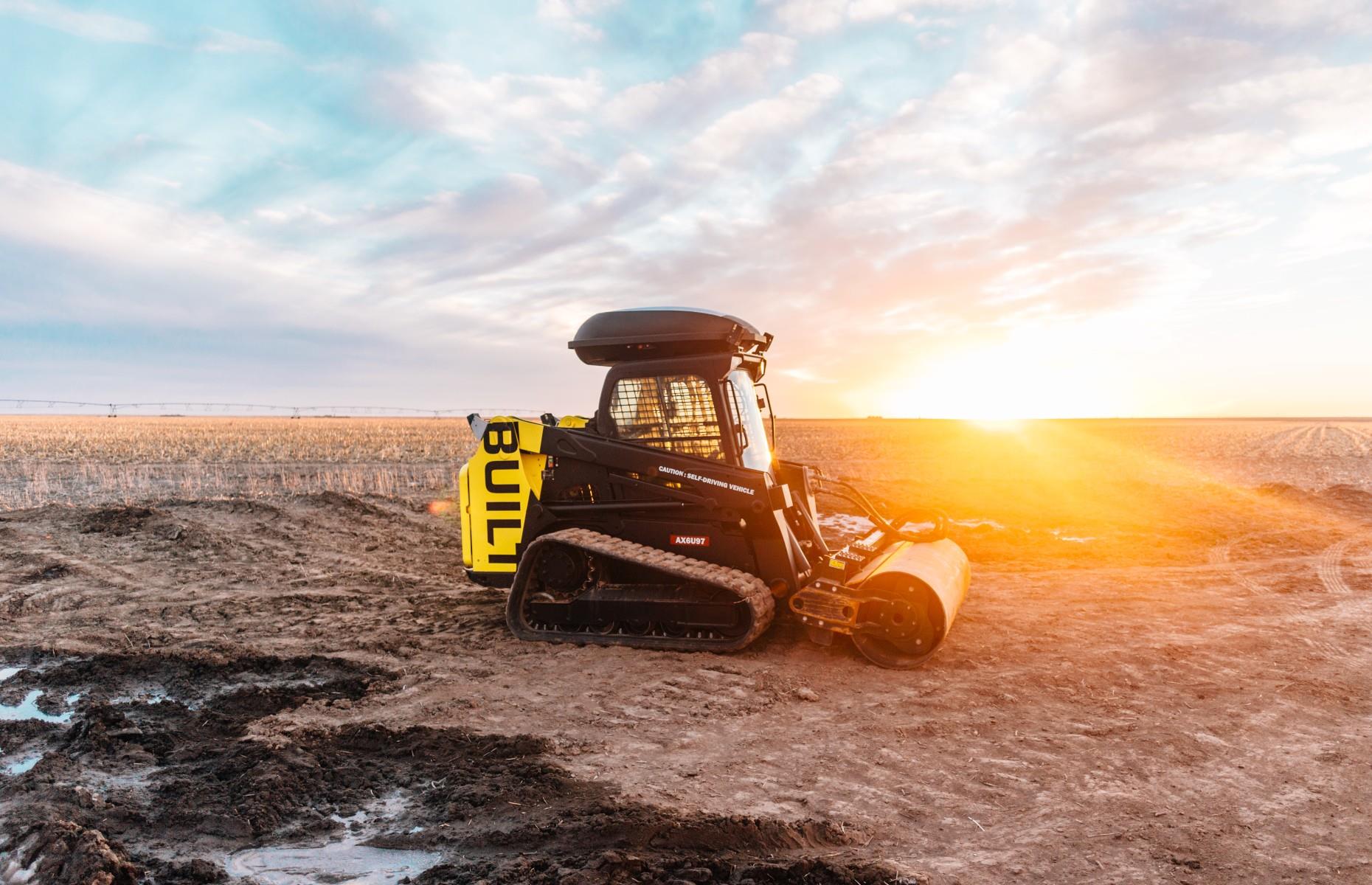 Just like self-driving buses the Autonomous Track Loader is a digger that doesn’t need a driver. The tractor promises to reignite the US construction industry, which is facing a labour shortage and productivity problems. In 2019 there were 7.6 million unfilled jobs in the sector, according to Forbes, and the industry’s productivity has fallen by half since the 1960s. 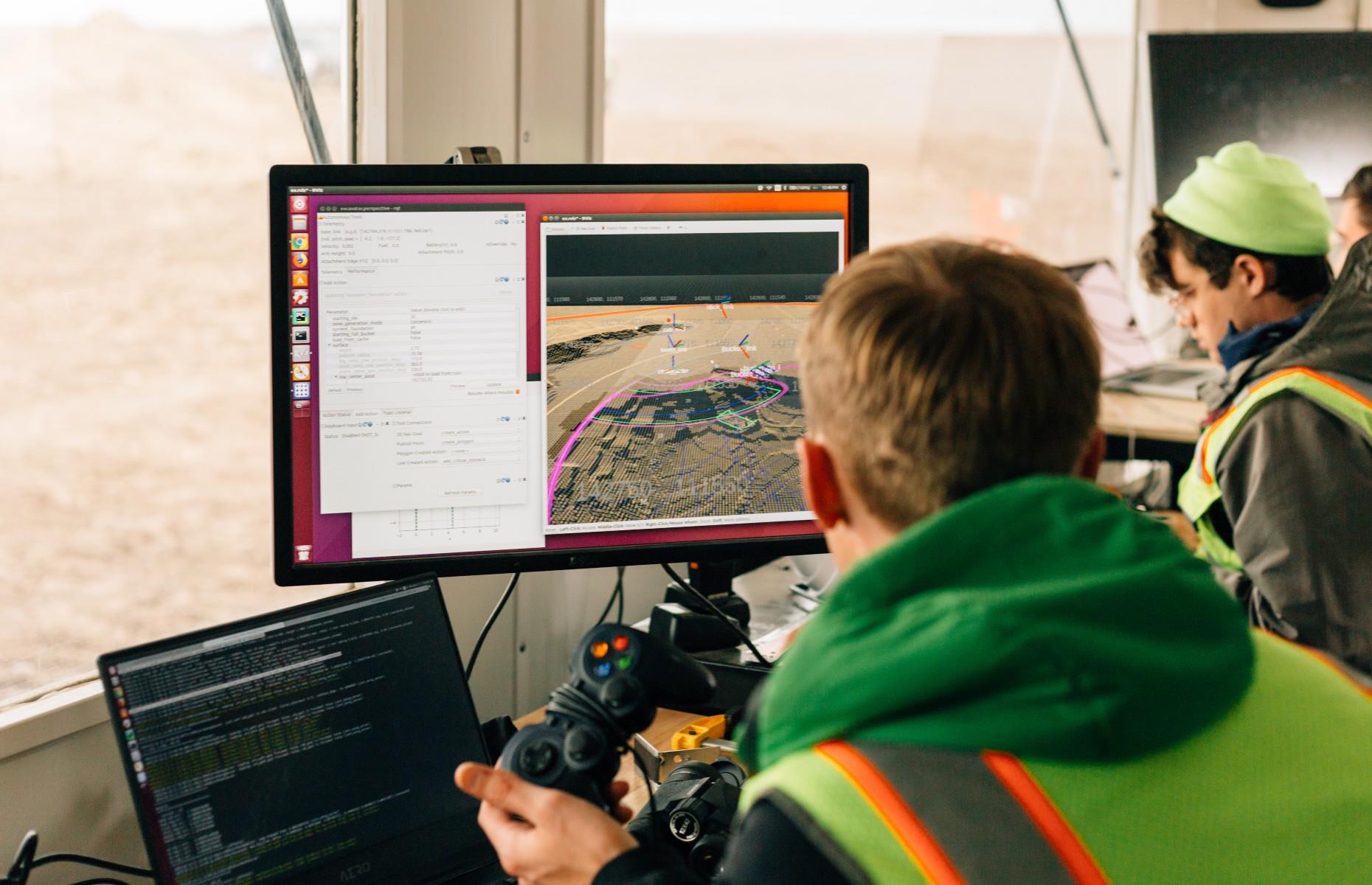 The future of construction

Using LiDAR and GPS technology these self-driving machines are more accurate than most humans. The fleet of equipment has worked for more than 10,000 hours with a spotless safety record, and hopes to become an efficient means of filling the supply and demand gap when it comes to labour.
Features 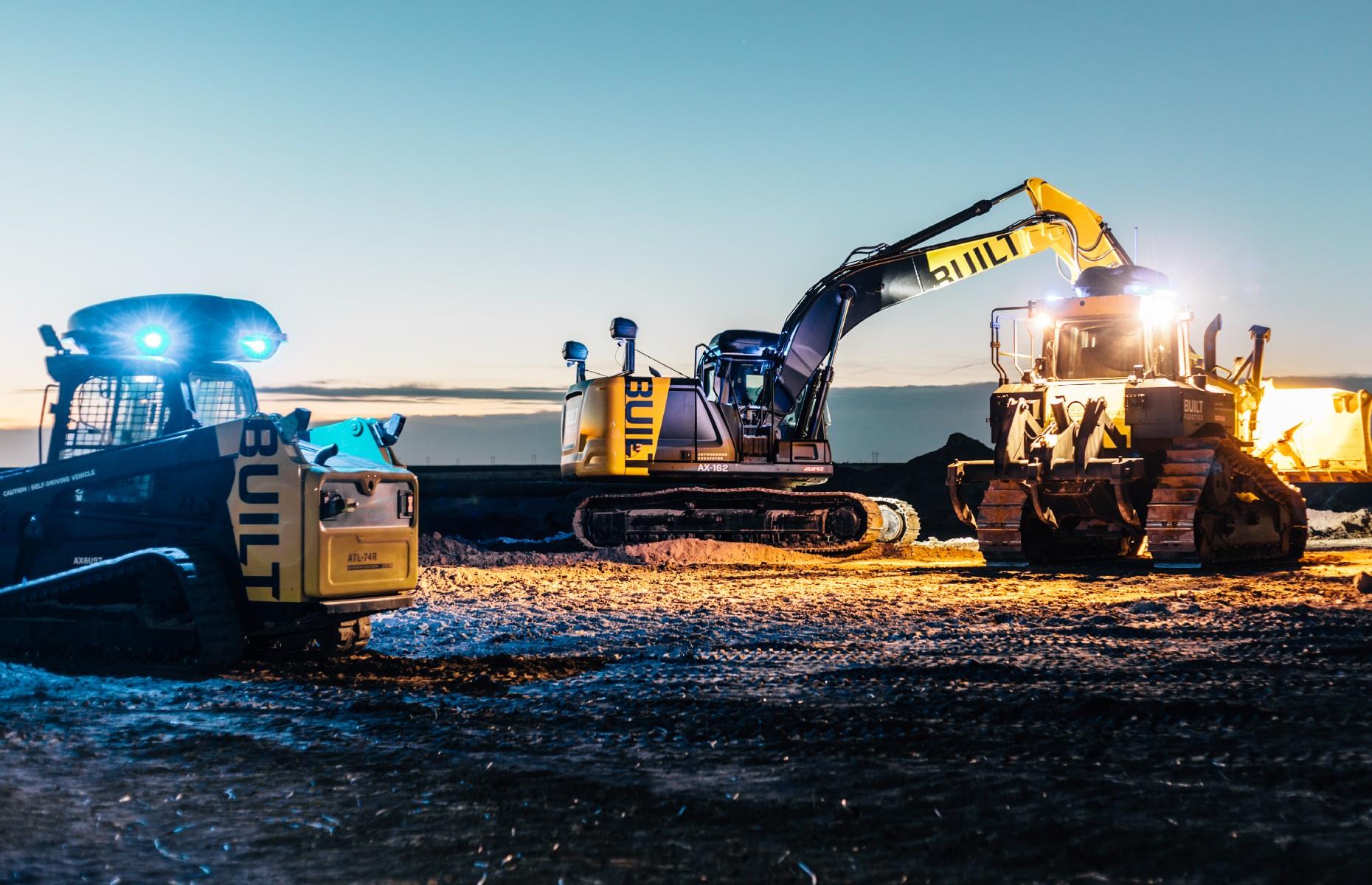 Startup Built Robotics, founded by ex-Google engineer Noah Ready-Campbell in 2016, is building driverless machinery that is hoped will go on to “build the world”. Machines include autonomous dozers, excavators, and CTLs, which include compactors and trenchers.
Features 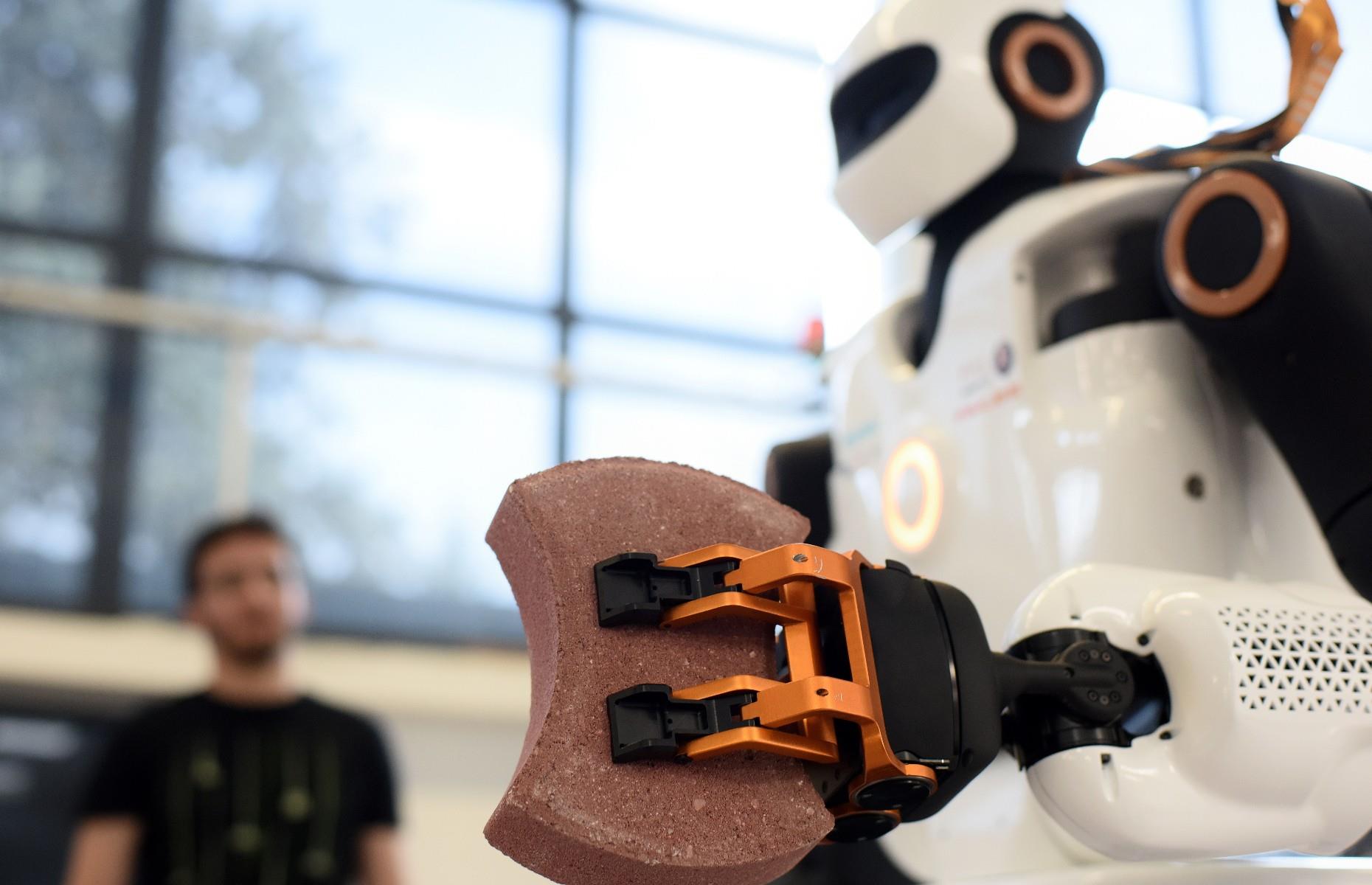 Robots aren’t just capable of digging – they can build too. A construction team in Yorkshire will be the first in the UK to build a house with help from robots. Construction on the property began in late September, but it's a machine that is taking on the role of bricklayer for the three-bedroom property, although it is controlled by a human through a tablet. The technology can also read digital copies of the building plans, meaning each brick should be perfectly in place. If successful, this could be the beginning of the end of traditional building trades. 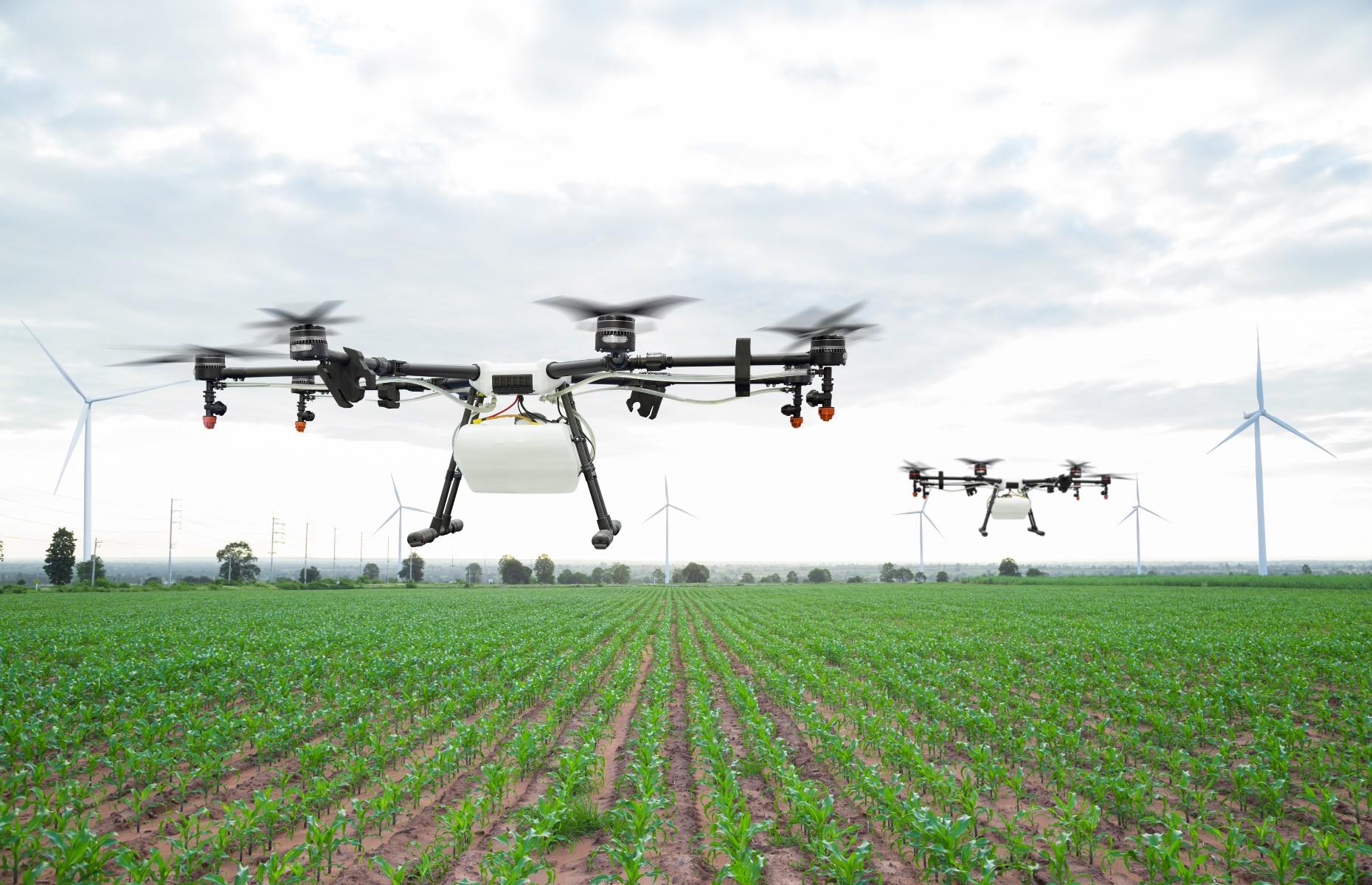 Hands Free Hectare is the world’s first robotically-tended farm. An experiment led by researchers from Harper Adams University in the village of Edmond, England, it produced nearly five tonnes of spring barley, which is currently used to produce gin. Sowing, fertilising, collecting samples and harvesting on the farm were all completed by drones and autonomous vehicles. So what started as a one-off project could completely transform the world of farming, and what it means to be a farmer in the future. 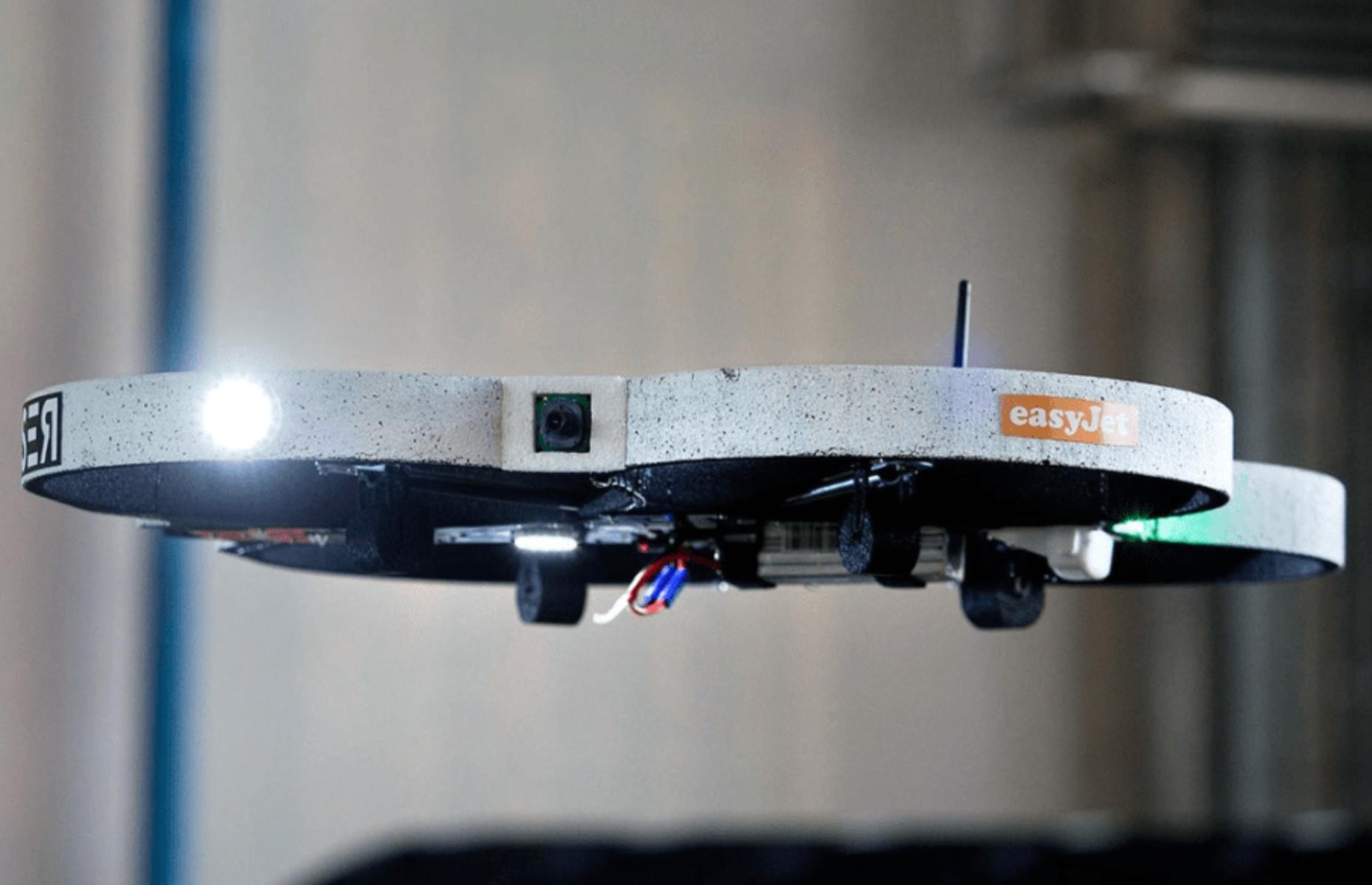 Since 2015, UK airline easyJet has been using drones to carry out safety checks on aircrafts, reducing the time that these procedures take from a full day to just a few hours. Following successful trials, the technology was rolled out in 2018 at two of the airline's maintenance hangers at UK airports Gatwick and Luton.
Features 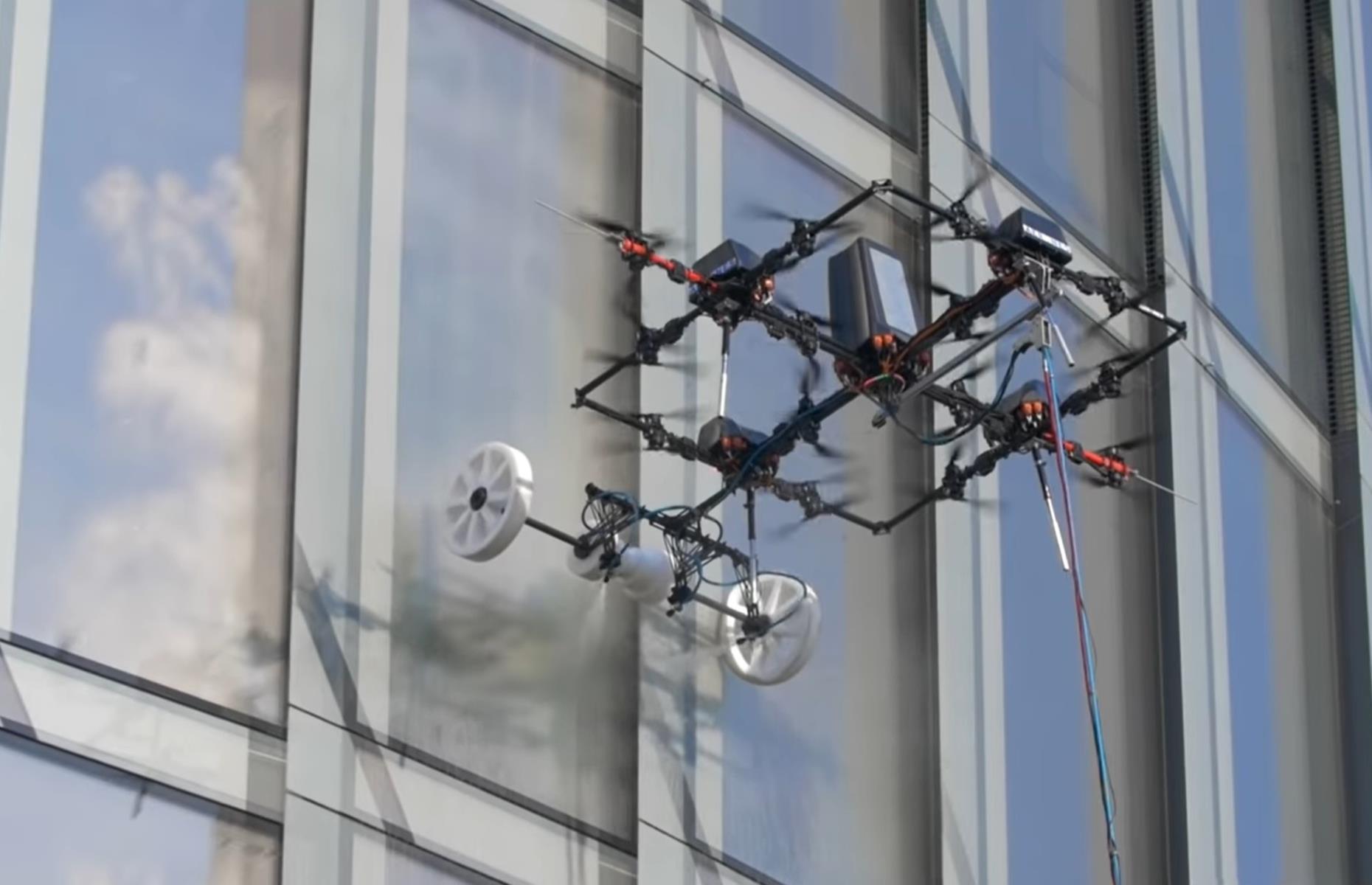 UAV company Aerones has developed a giant drone which can be used to clean large buildings and structures, which was tested in Latvia in November 2018. These robots can clean buildings 20 times faster than humans, as well as being able to fly at taller heights than firefighters' ladders can reach.
Features 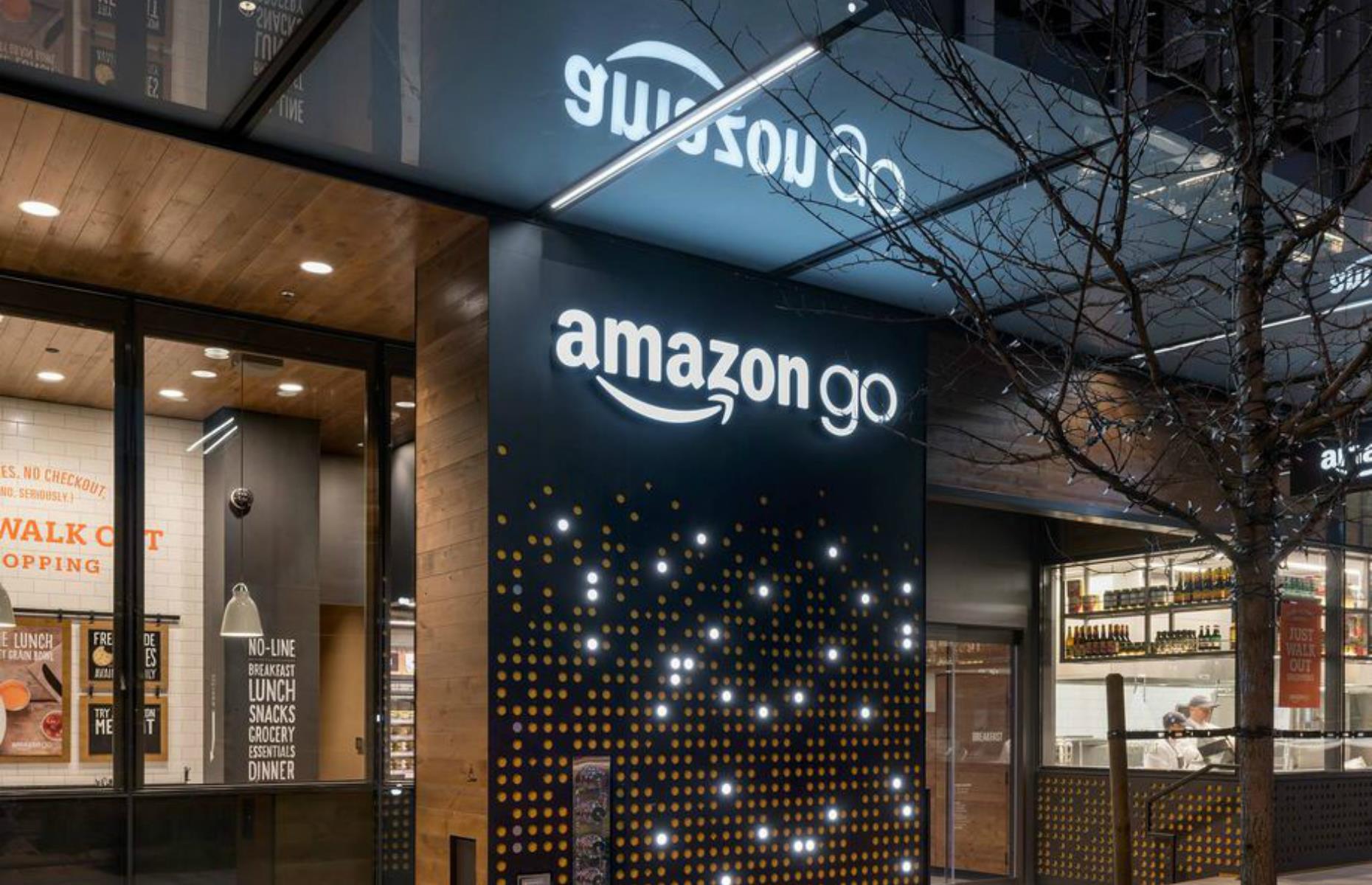 Amazon's supermarket spells the end for the check-out?

One of Amazon's latest ventures could do away with the need for supermarket staff. There are now 27 Amazon Go stores in existence, which offer a ‘Just Walk Out’ shopping experience where customers can pick up items they need and leave the store with no need to 'pay' as they are automatically charged on their Amazon app. How? The stores are installed with cameras and weight sensors which detect who took what. 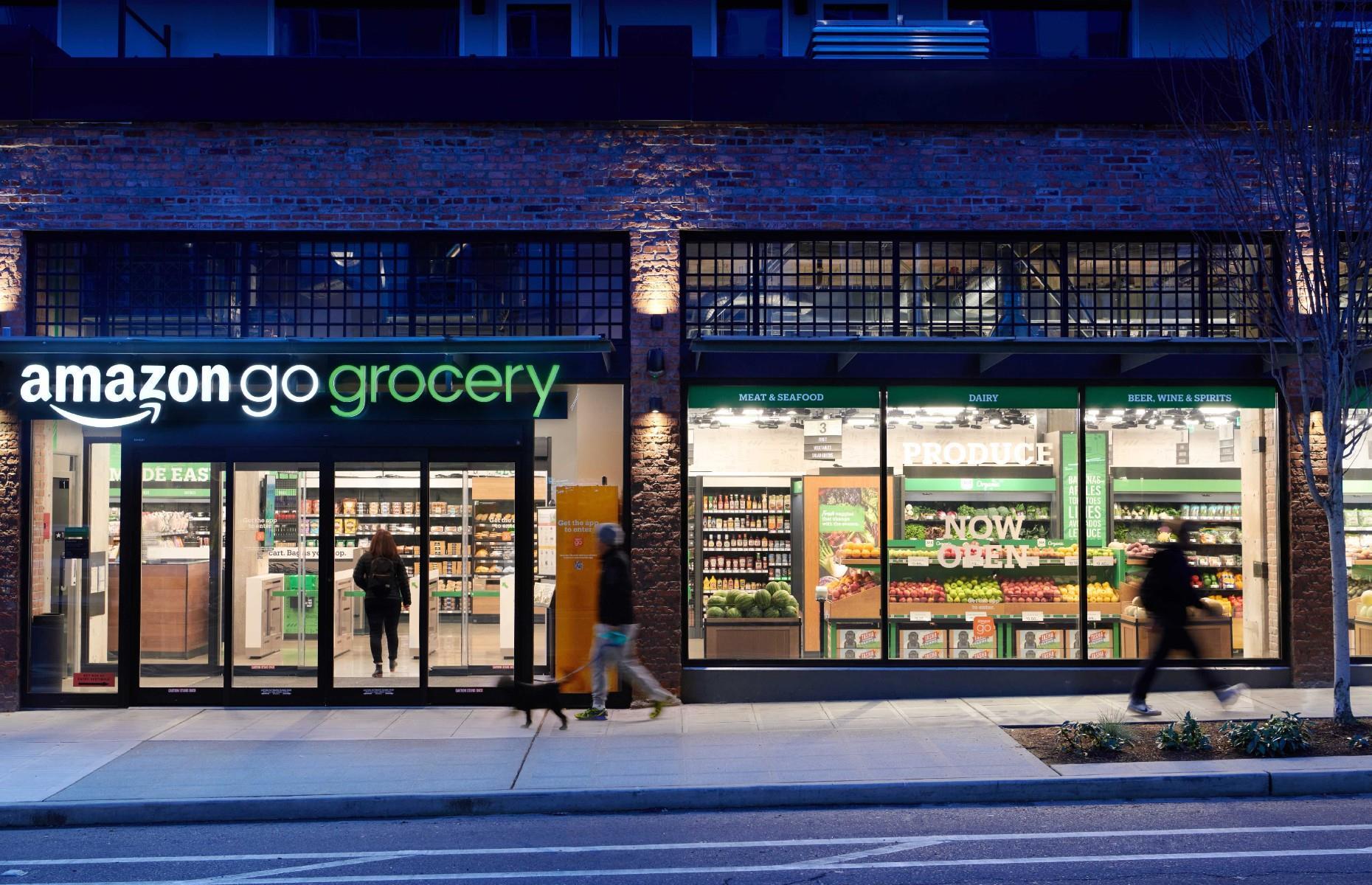 A step beyond self-serve tills, Amazon Go stores spell the end of queuing at the supermarket, and the need for actual staff. The tech is likely to start cropping up in other supermarkets as Amazon has agreed to sell the technology to other companies.
Features 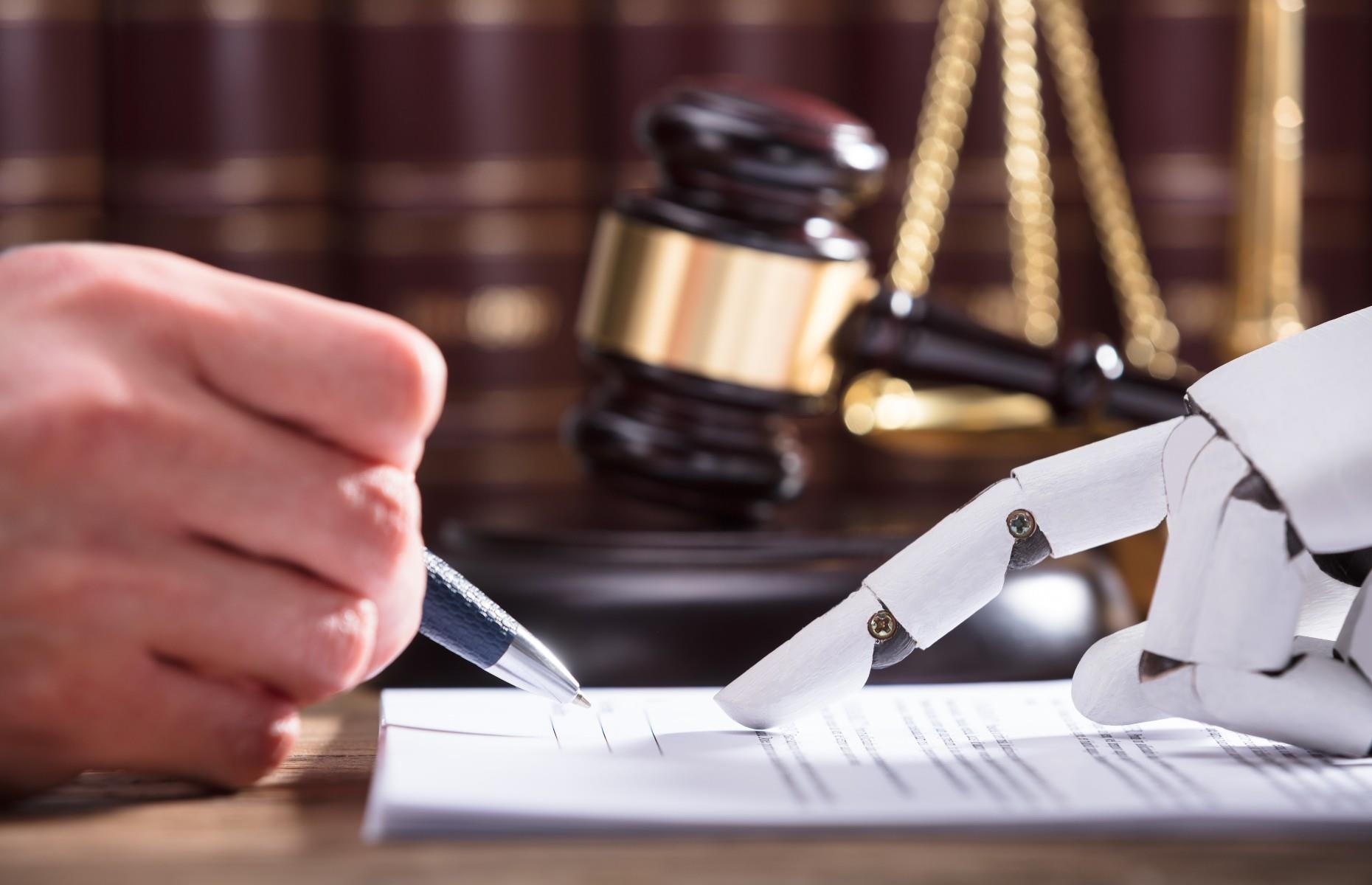 We usually think of robots taking over manual, routine jobs, but artificial intelligence is also going to affect professional industries. For example, in the UK, it has been predicted that the number of legal jobs will have fallen by 20% in 2038, the equivalent of 67,000 jobs, because of AI. Programmes such as Contract Intelligence, otherwise known as COIN, are already being used by the bank JPMorgan in its contract reviews, saving 360,000 hours of lawyers’ time every year, but it is also threatening their jobs.