Most-moneyed people in the world in the past two centuries

Leigh Vogel/Getty
What did it take to be the richest person in the world in 1820, 1850 or 1900? And how does that compare to today? Rounding up the most successful and wealthiest businessmen and entrepreneurs over the past two centuries, we chart the richest person in each decade, excluding royalty and heads of state.

The son of a naval captain, Stephen Girard was born in Bordeaux, France in 1750, and went to sea at an early age, before settling in Philadelphia in 1776 where he set himself up as a merchant. Girard racked up an immense fortune importing and exporting goods in the bustling city, and became the richest private individual in the world by 1810. In 1811, Girard set up his very own bank, which provided the main source of credit for the US government during the War of 1812. By the time of his death in 1831, the philanthropic financier's wealth was around 1/150th of US GDP at $7.5 million, which is equivalent to $182.2 million (£147.3m) in today's money. He gave almost his entire fortune to charity, including orphanages, libraries and schools in Philadelphia and New Orleans.

Following Girard's death in 1831, scion of the Rothschild banking dynasty Nathan Mayer Rothschild took over as the richest person in the world. Born in Frankfurt in 1777, the German financier moved to England in 1798, setting up textile and banking businesses that netted him big bucks. When he died in 1836,  Rothschild was worth the equivalent of 0.62% of British national income. 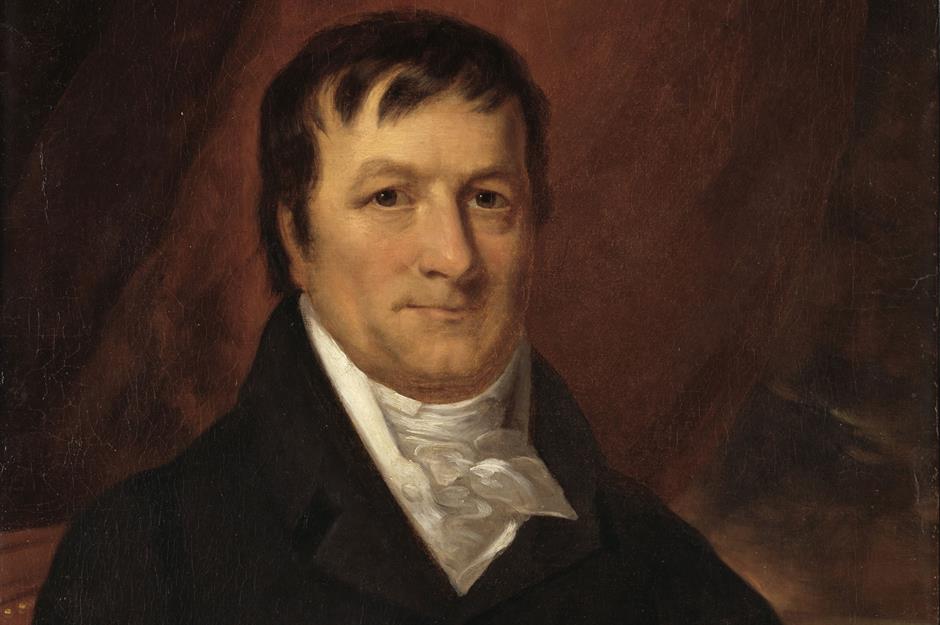 John Jacob Astor was born in Walldorf, Germany in 1763 and emigrated to America at the age of 21 where he entered the fur trade, building up a lucrative monopoly. At the time of his death in 1848, the German-American businessman, who was also a big player in the real estate and opium industries, had a net worth of $20 million, equivalent to $599 million (£484m) in today's money. 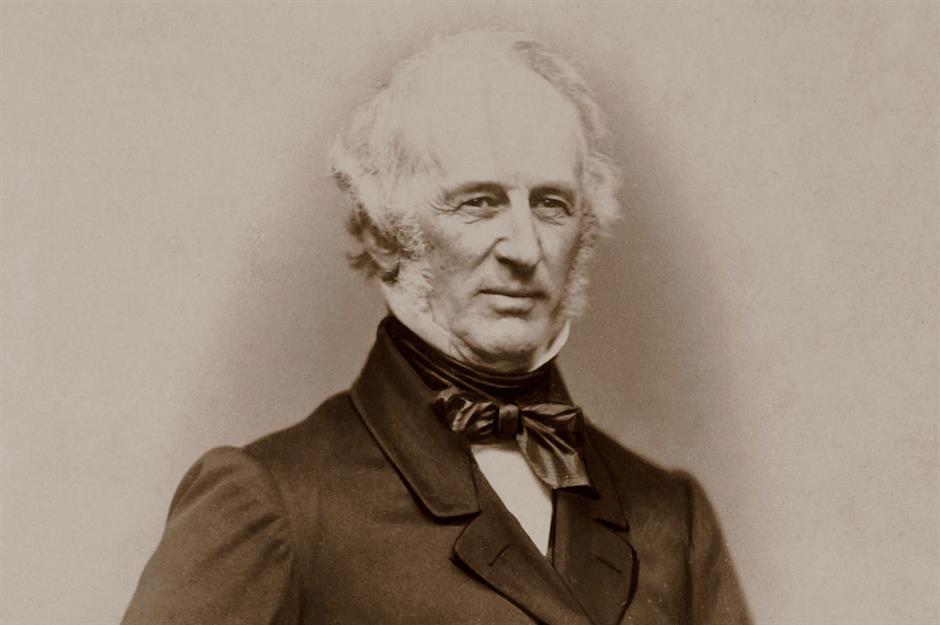 Another savvy self-made tycoon, Cornelius Vanderbilt was born on Staten Island, New York in 1794. The descendant of a Dutch indentured servant, Vanderbilt left school at 11 and established a ferry service when he was 16, which morphed into a booming nationwide steamboat business. By the 1850s, Vanderbilt had become the world's richest person. 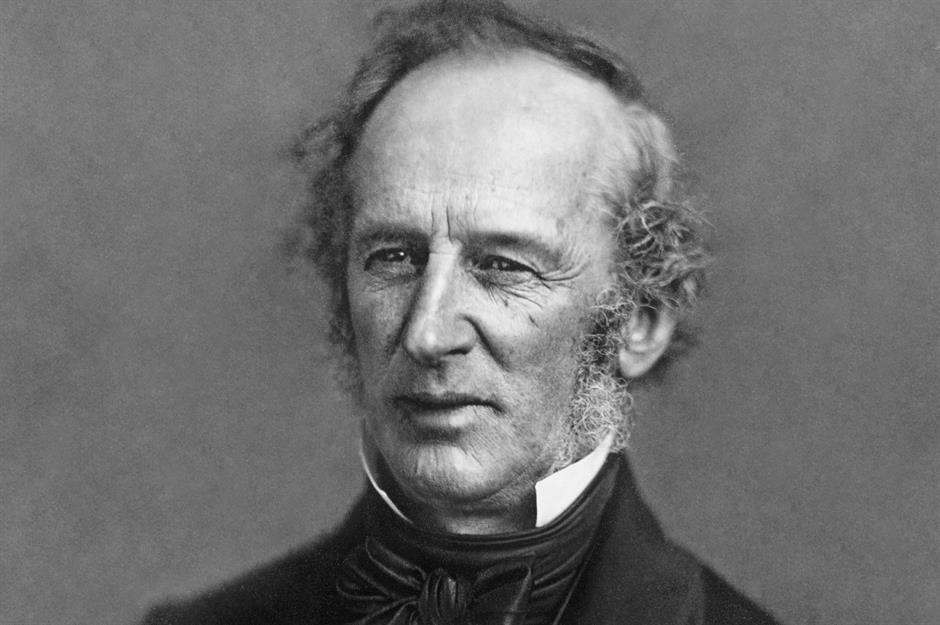 Vanderbilt made his first foray in the railroad industry in 1863 when he bought the failing New York and Harlem route. The following year, the business magnate sold his steamship concerns to focus 100% on railroads and went on to create the New York Central and Hudson River Railroad company, one of America's first mega corporations. 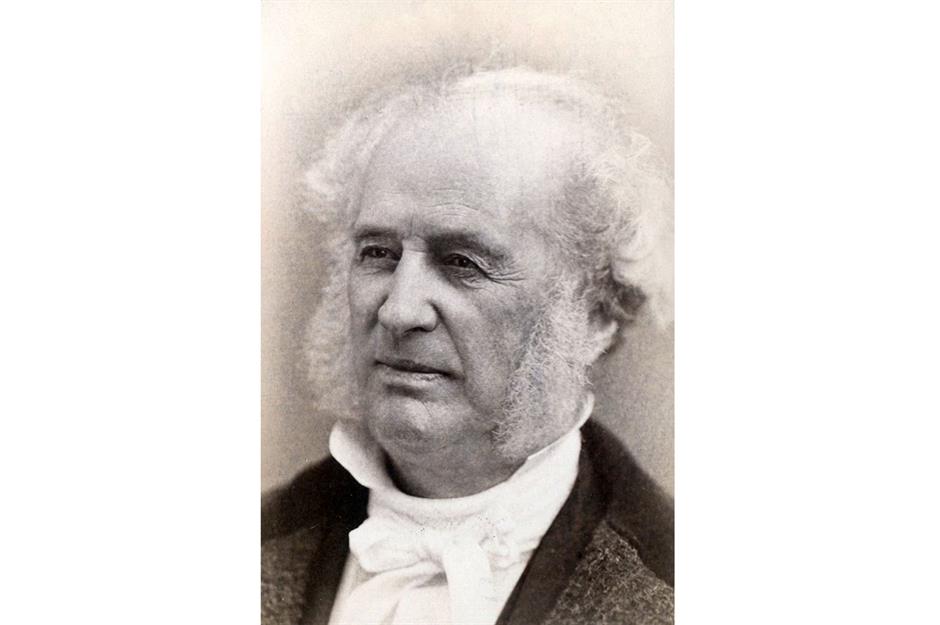 During the early 1870s, Vanderbilt embraced philanthropy, setting aside $1 million to found Vanderbilt University in Nashville. Upon his death in 1877, the shrewd businessman was worth $105 million, equivalent to $2.6 billion (£2bn) in today's money. He left the lion's share of his fortune to his eldest son, William Henry Vanderbilt.

William Henry Vanderbilt picked up where his father left off and expanded the dynasty's railroad empire with aplomb, while donating vast sums to charitable causes. At the time of his death in 1885, he had more than doubled the family fortune and was worth $232 million, equivalent to $6.2 billion (£5bn) in today's money. 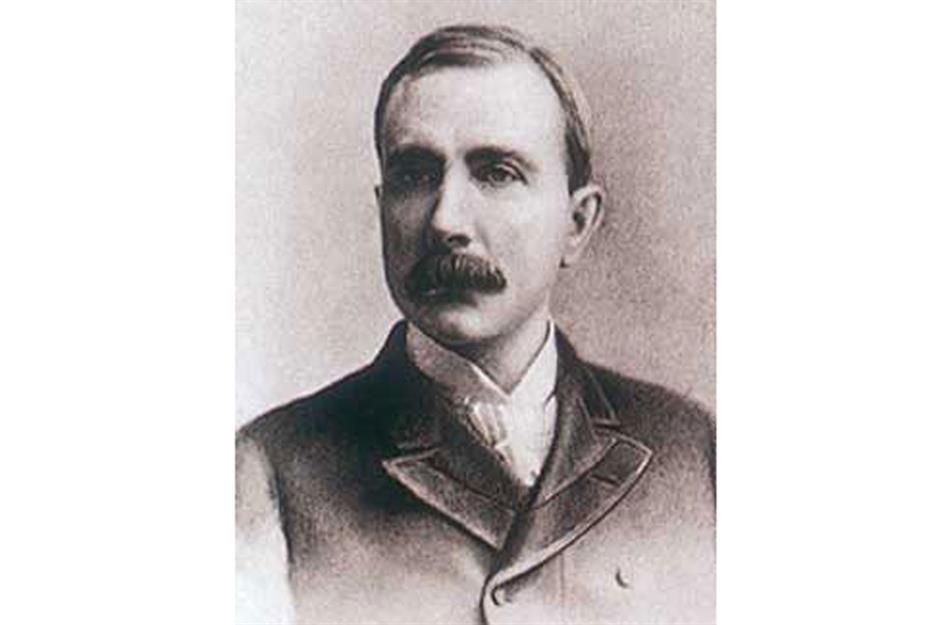 Born in upstate New York in 1839, Gilded Age tycoon John D. Rockefeller co-founded Standard Oil in 1870 and went on to control a staggering 90% of all oil refined in the USA, later becoming the world's first billionaire in 1916. In the 1890s, the oil baron expanded into iron ore and natural gas, and had huge influence over the country's railroad industry.

Rockefeller was usurped as the richest person in the world at the turn of the century by arch rival Andrew Carnegie. Born in Dunfermline in 1835, the Scottish-American industrialist spearheaded the expansion of the steel industry in the US, stockpiling a fortune. His company, Carnegie Steel, was sold to JP Morgan in 1901 for $480 million, which would be equal to $14.6 billion (£11.8bn) in today's money. 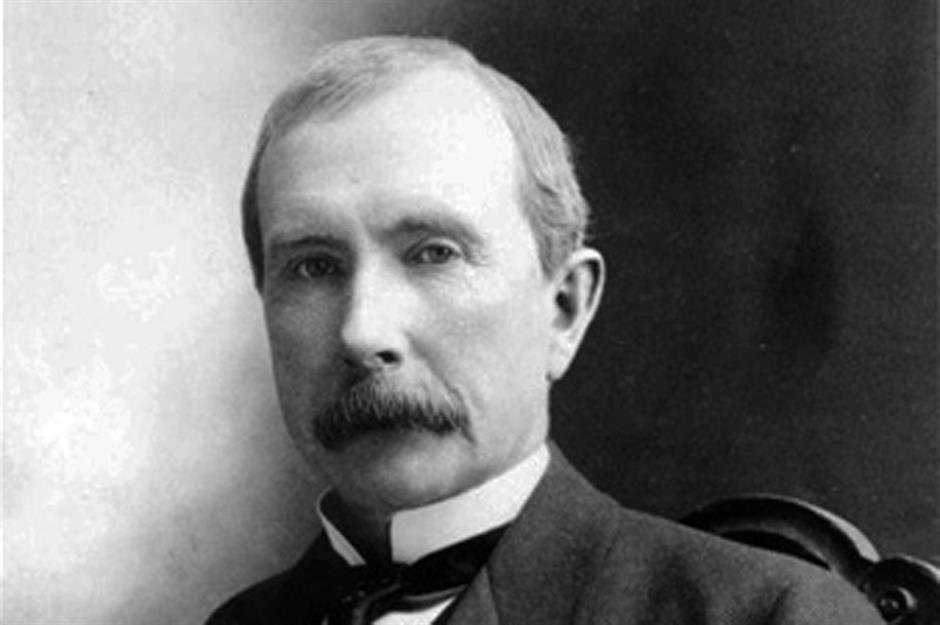 Carnegie, who died in 1919, gave away 90% of his wealth during his lifetime, and Rockefeller regained the number one spot in the 1910s. In 1911, the US Supreme Court found Standard oil in violation of anti-trust laws and ordered the breakup of the company. Rockefeller received bumper stock options and by 1913, his wealth peaked to around $900 million, equivalent to $23.5 billion (£19bn) in today's money.

Scewing/Wikimedia Commons
Like Carnegie, Rockefeller was famed for his philanthropy. The oil magnate made his first charitable donation at the age of 16, and stepped up the giving in the 1890s following a meeting with Indian Hindu monk Swami Vivekananda, who urged the tycoon to be more magnanimous with his money. In the 1920s, Rockefeller almost single-handedly funded the eradication of yellow fever and hookworm in the US.

Hulton Archive/Getty
Rockefeller maintained his status as the world's richest person right up until his death in 1937. During his golden years, the business magnate continued to give lavishly, donating more than $500 million to good causes, a tradition carried on by his many notable descendants, who include former US Vice President Nelson Rockefeller and banker David Rockefeller. 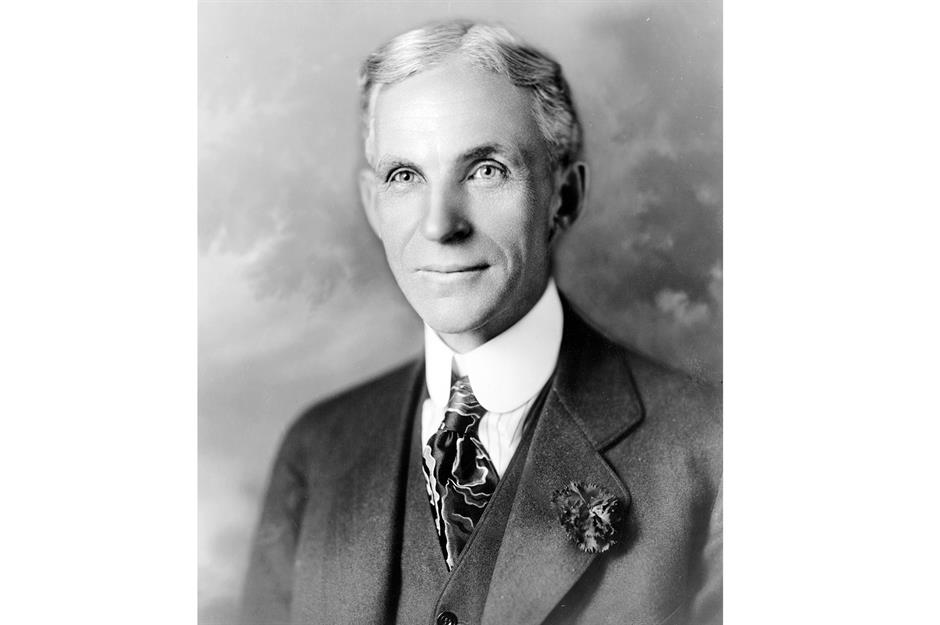 Born in 1863, the founder of the hugely profitable Ford Motor Company revolutionised vehicle manufacturing and brought the car to the mass market, selling millions of vehicles during his lifetime. By the 1940s, Ford had risen to become the wealthiest person the planet. At the time of his death in 1947, the automotive pioneer's net worth was reportedly around $200 billion (£162bn) in 2018 dollars. 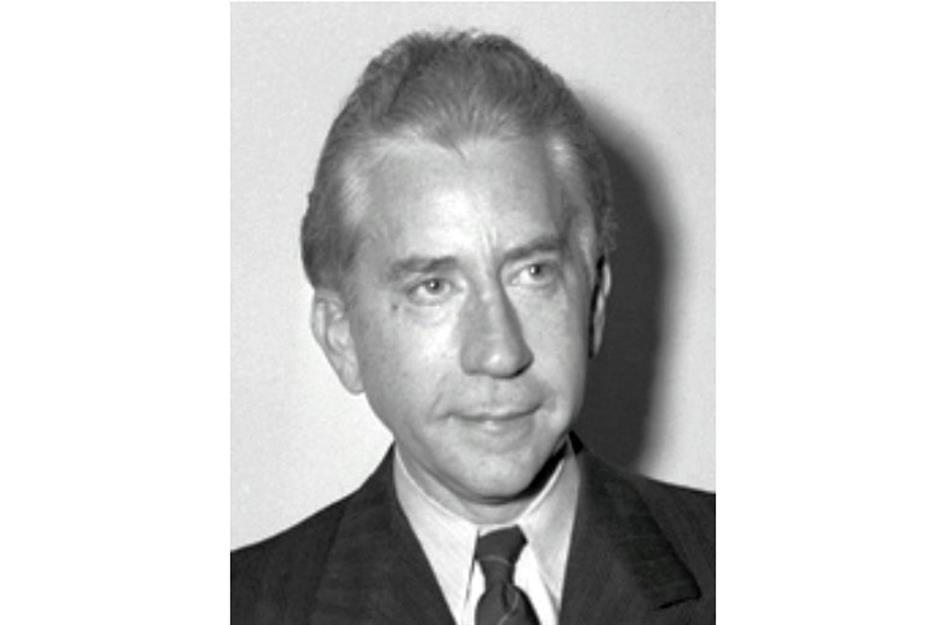 J. Paul Getty was born in 1892 in Minneapolis and began investing in the oil industry in his early 20s. Infamously frugal, the penny-pinching tycoon steadily built up a colossal business empire based on the black stuff, but it wasn't until the 1950s that he really cashed in after leasing a track of oil-rich land in the Middle East. In 1957, Fortune magazine named Getty the richest living American. 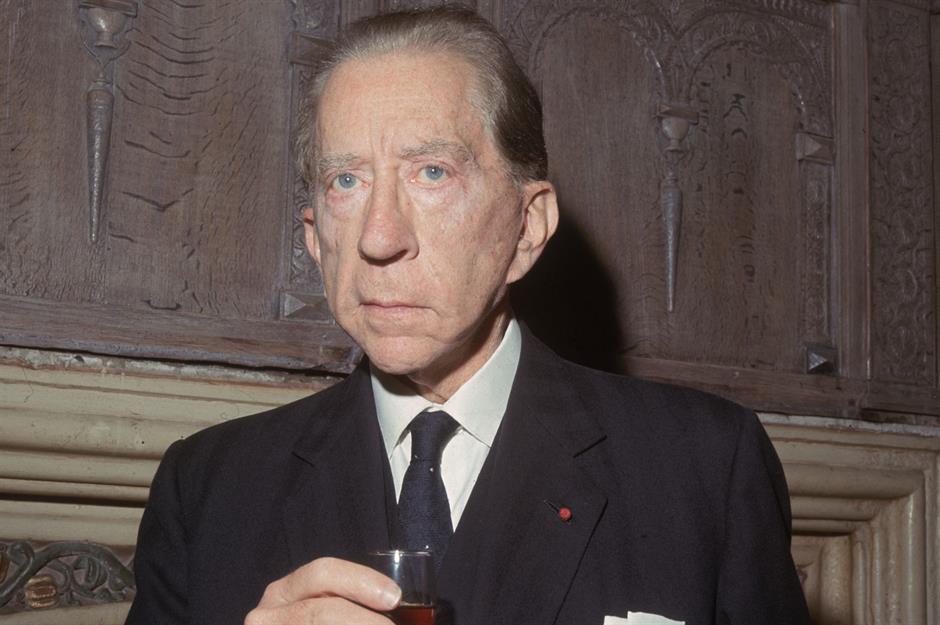 Getty maintained his grip on the global oil industry throughout the 1960s and was declared the world's richest person in 1966 by the Guinness Book of Records with a fortune of $1.2 billion, which is $9.6 billion (£7.7bn) in today's money. Plenty of cash to indulge in his favourite pastime, collecting art. 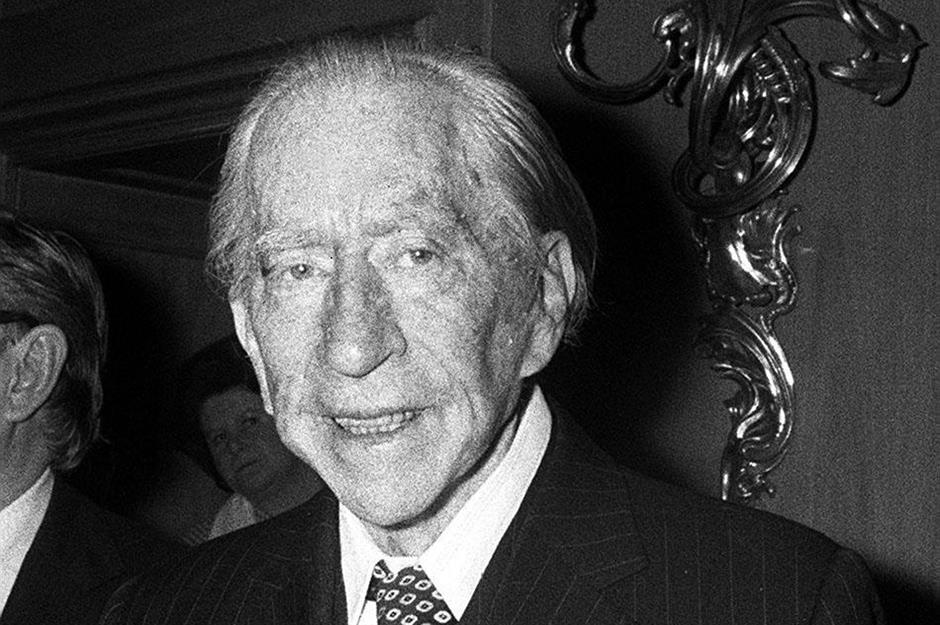 The miserly oil magnate hit the headlines in 1973 when he refused to pay a $17 million ransom to secure the release of his grandson John Paul Getty III, who had been kidnapped in Rome. A deal was eventually worked out, but only after the kidnappers cut off the teenager's ear. When he died in 1976, Getty had a net worth of $6 billion, about $27.3 billion (£22bn) when adjusted for inflation. 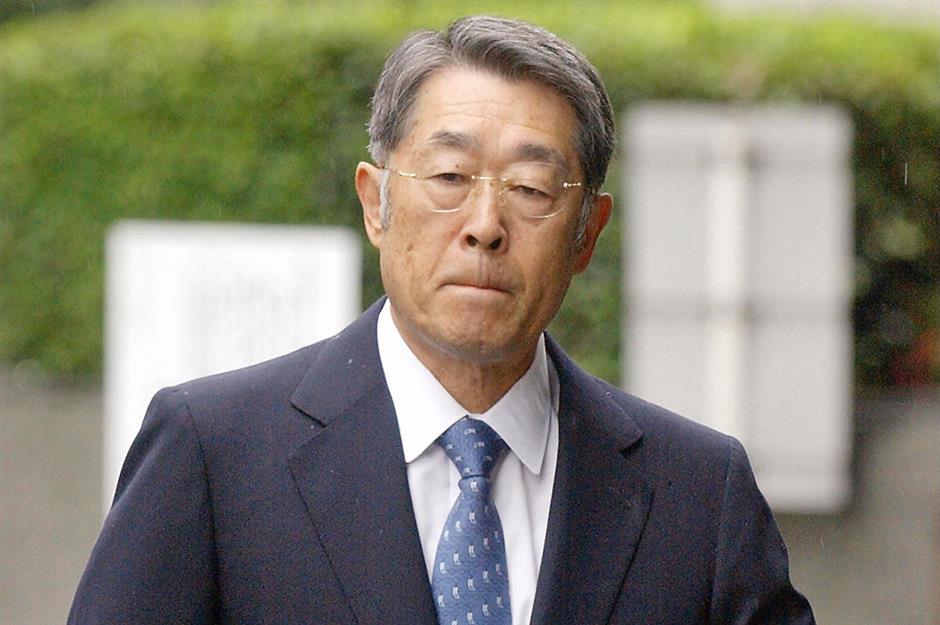 Japanese property magnate Yoshiaki Tsutsumi was the richest person of the 1980s, topping the Forbes global wealth list three years in a row. At the height of the country's real estate bubble in 1987, Tsutsumi was worth $20 billion, equivalent to $45.5 billion (£36.8bn) today. But the good times didn't last. Real estate values nosedived in the 1990s and Tsutsumi was caught up in an accounting scandal in the early 2000s. By 2006, he had fallen off the Forbes list. 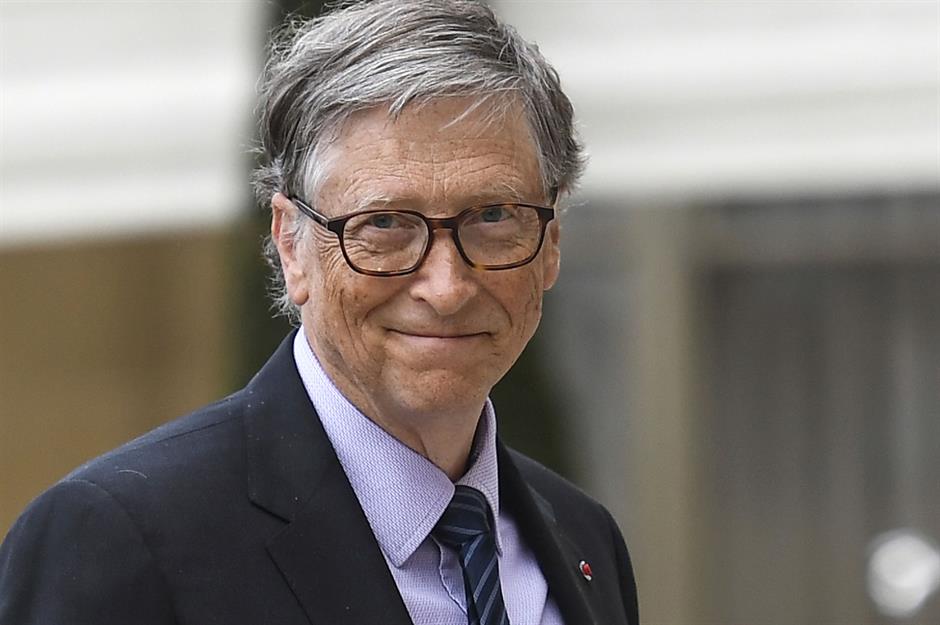 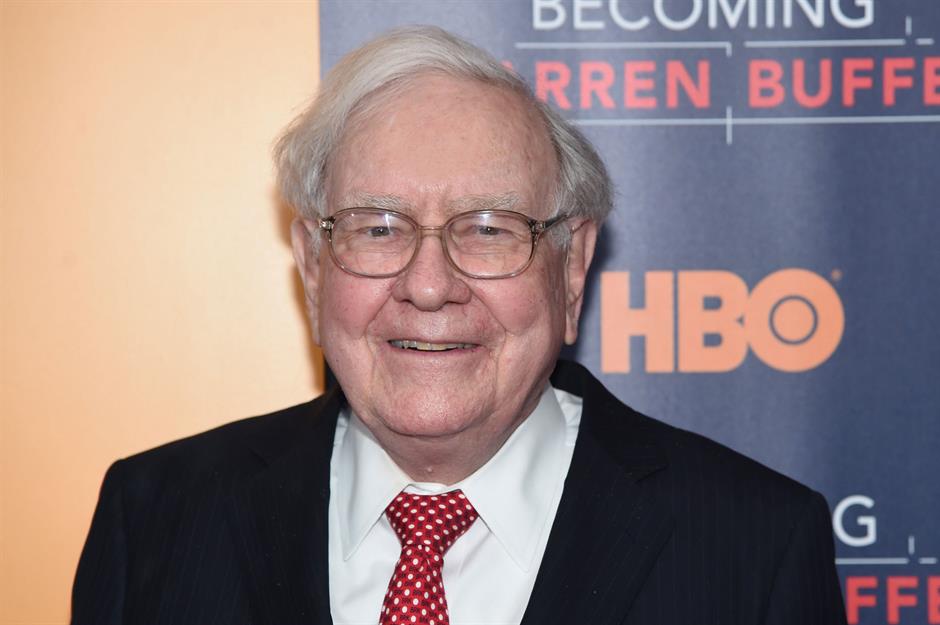 The Microsoft share price plummeted after the dot-com crash of 2000, knocking billions off Gates' fortune, but he remained on top until 2008 when Warren Buffett, CEO of investment company Berkshire Hathaway, temporarily surpassed him. That year, the legendary investor's net worth peaked at $62 billion, the equivalent of $74.5 billion (£60.2bn) today, making him richer than any other person on the planet during the 2000s. 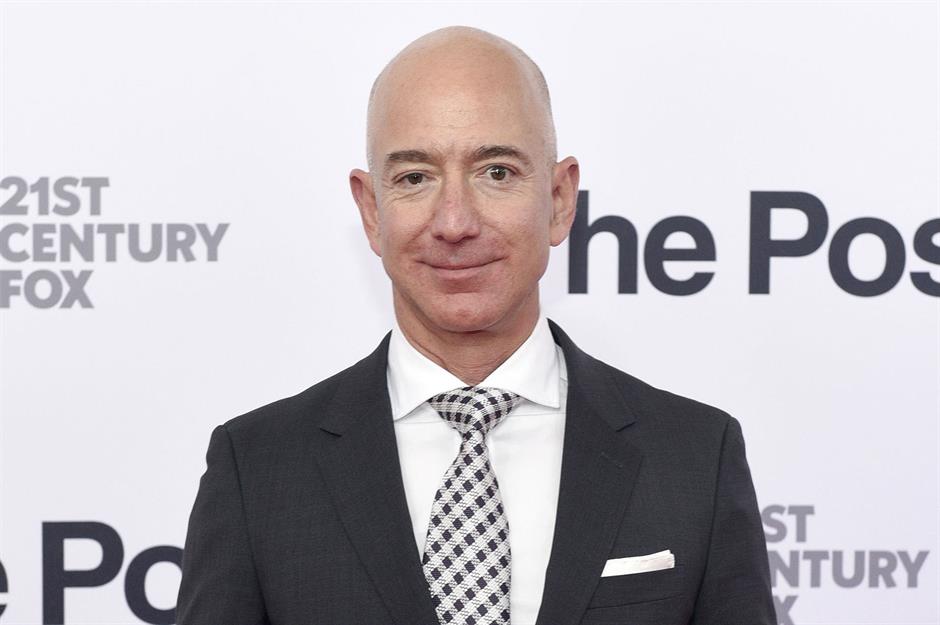 In 2009, Berkshire Hathaway reported its worst ever financial results and Buffett's net worth plunged. Gates bagged the number one spot again, but was relegated to second place in 2010 by Mexican telecoms tycoon Carlos Slim, who remained the world's richest person until 2014. Gates had another stint at the top from 2015 to 2017. But in 2018's Forbes 400 list, Amazon head honcho Jeff Bezos took over as top dog, with a net worth of $160 billion (£129bn). 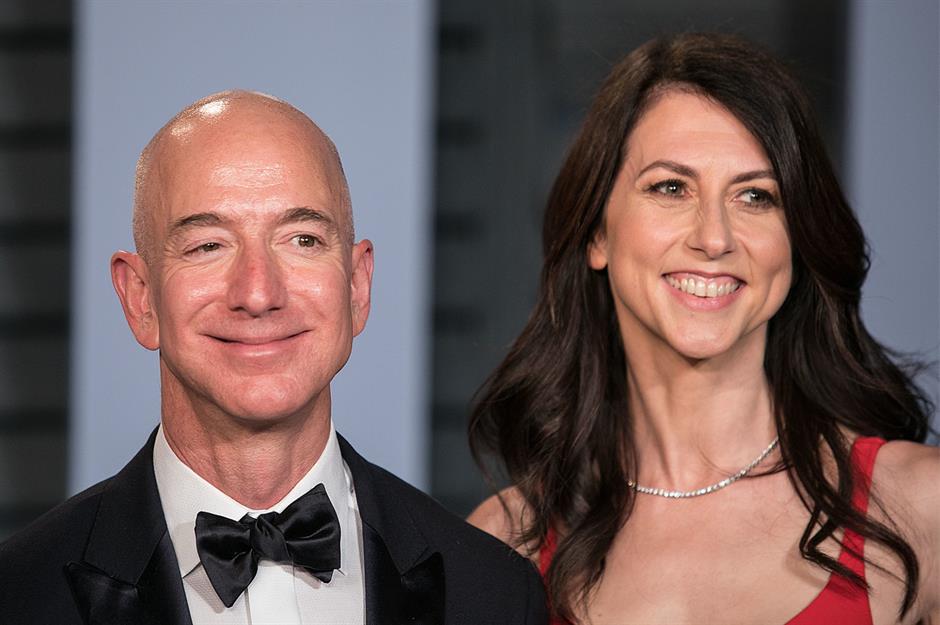 Coming into the new decade, Jeff Bezos once again topped Forbes’ Billionaires list of 2019 with a net worth of $131 billion (£106bn), a figure which has decreased in part due to his divorce settlement with his now ex-wife Mackenzie (pictured) in April 2019, which cost around $38 billion (£30.7bn). At the time of writing Bezos has a net worth of $113 billion (£97.7bn).