Corporate scandals that led to big payouts for companies' customers 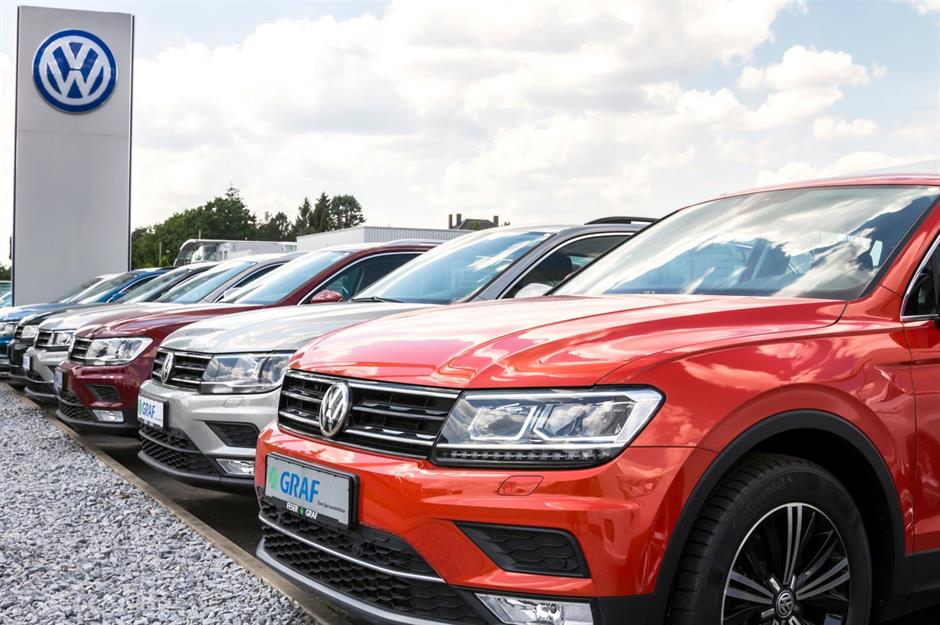 When a group of people take a major corporation to court it might seem like a no-win situation but, as these successful lawsuits go to show, not only can the people come out on top, but it can also lead to payouts for lots of people who have been affected. From the latest development in the Purdue Pharma OxyContin and Volkswagen scandals, which could see millions receive compensation, to debunked claims about the benefits of Rice Krispies, read on as we look at some powerful, and some more unusual, lawsuits that saw the people come out on top. All dollar values in US dollars. 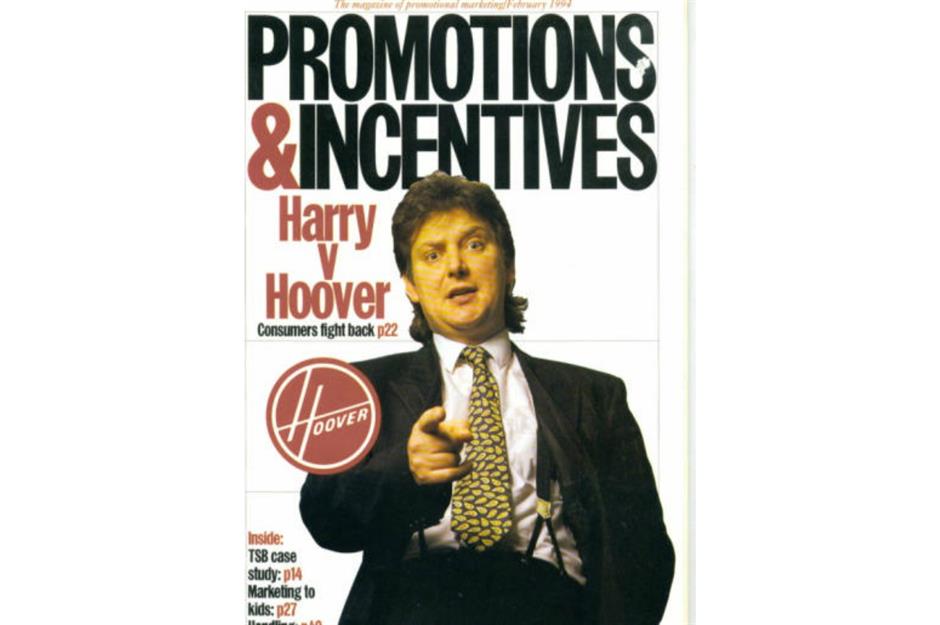 In 1992, Hoover launched one of the most ill-thought-out marketing campaigns in history. Seeking to shift a backlog of vacuum cleaners gathering dust (rather than collecting it) in its warehouses, it announced to the British public that they could win two free return flights to America when they spent just £100 on a vacuum cleaner. Unsurprisingly, the company was inundated with interest, and simply couldn’t honour the deal as it was extremely unprofitable. This led to lots of disgruntled customers, and a media firestorm. 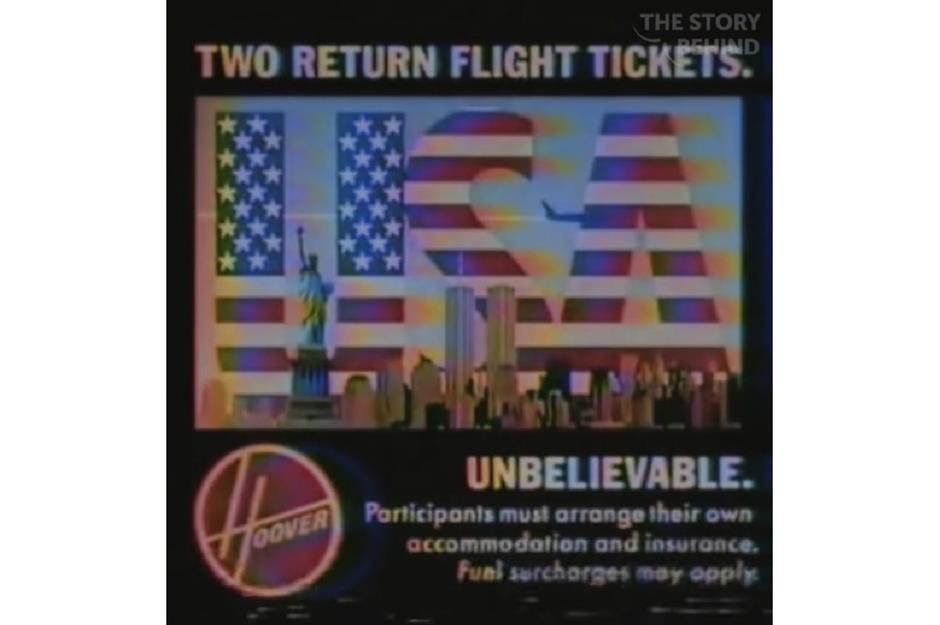 Hoover
Harry Cichy and Sandy Jack set up the Hoover Holiday Pressure Group to hold Hoover accountable for what they had promised. Over the next few years, members of the group took the company to court on several occasions and won five cases. Hoover’s parent eventually paid out $72 million (£55m) in compensation to the 220,000 customers that had been promised a free flight. A number of Hoover executives were also fired for their role in the farrago. 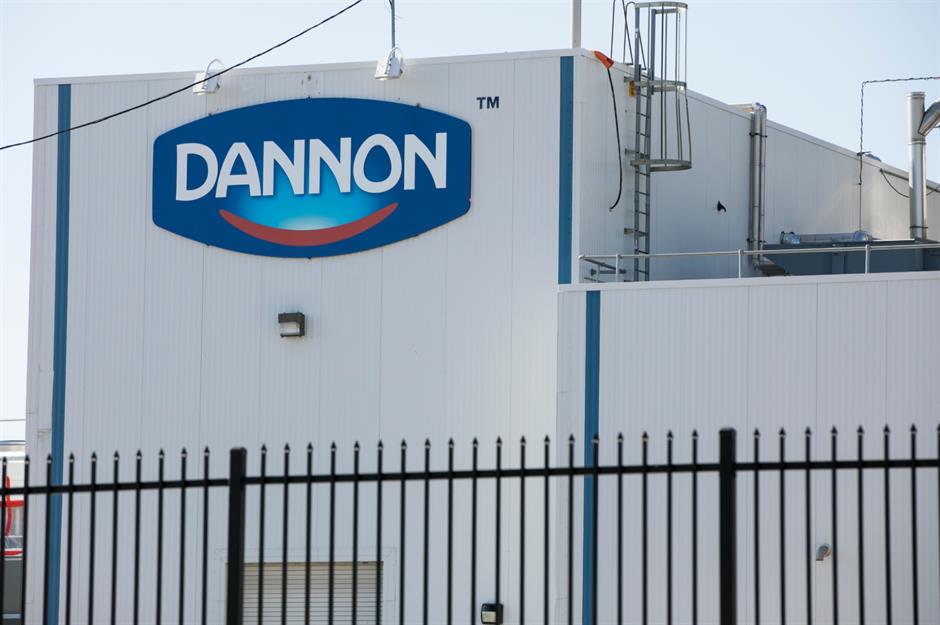 When LA resident Trish Wiener bought products from Dannon’s (known as Danone in Europe) Activia and DanActive yoghurt brands, which claimed to be clinically proven to help regulate digestion and boost immunity, she was disappointed to find no positive effect. So she filed a lawsuit against the company. Dannon had started marketing Activia and its “bifidus regularis” bacteria in early 2006. Yet Wiener’s lawsuit claimed Dannon’s marketing department invented the words “immunitas” and “regularis” and used them because they "sound scientific". 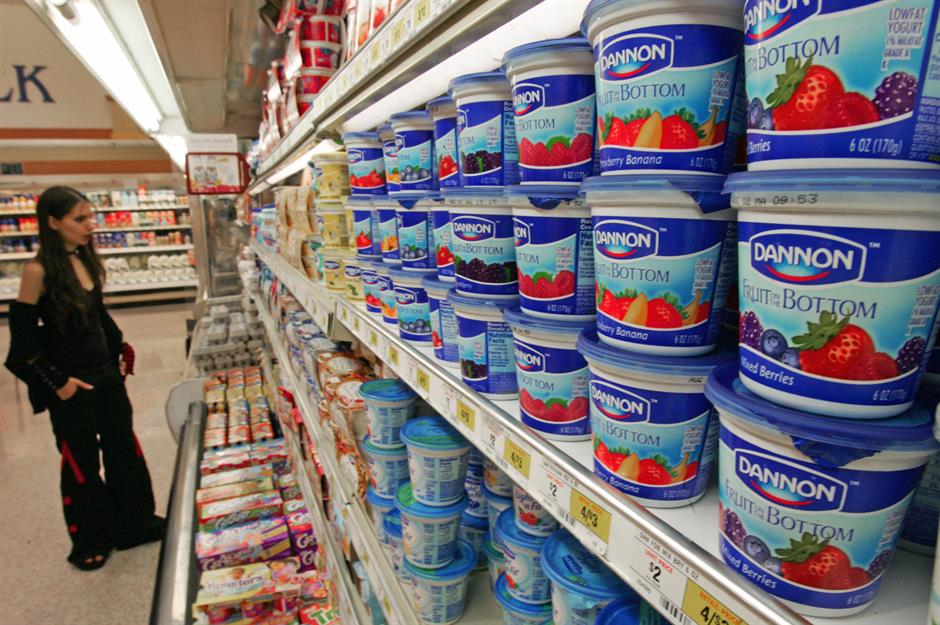 Both yoghurts sell at a 30% premium over other brands because of their supposed nutritional benefits, which meant Wiener was able to claim for an “economic injury” because she spent more money than she would have based on the company’s claims. The legal battle lasted two years, culminating in the judge’s decision that Dannon would have to pay people who'd bought its yoghurts up to $45 million (£35m) in damages, in a class action settlement reached in federal court. Dannon was also required to remove the word “immunity” from its labels. 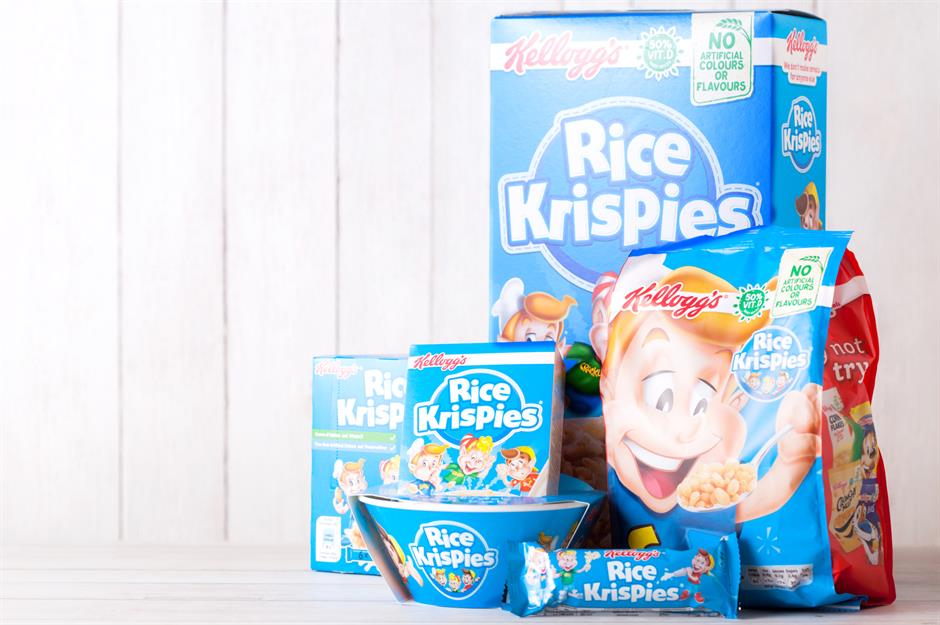 Rice Krispies might be a beloved breakfast cereal, but when a 2009 ad campaign for the cereal claimed it could boost children's immunity Oregon's attorney general, as well as the Federal Trade Commission (FTC) and a number of private individuals, took issue with the claim, saying it wasn't backed up by scientific evidence. These lawsuits became one large class action lawsuit which wound up in the California federal court.

Plaintiffs argued that Rice Krispies did not have evidence to support its claims, and that Kellogg's had failed to disclose any information which indicated health or immunity benefits. In 2011, Kellogg's settled for $5 million (£3.9m), of which $2.5 million (£1.9m) would be given to people who purchased its products, who could claim for between $5 to $15 (£3.90-£11.70) if they submitted forms for the price of cereal they purchased. Meanwhile the remaining $2.5 million (£1.9m) would be given to charities in the form of donated Kellogg's products. The company also removed immunity claims from its packaging in 2010. 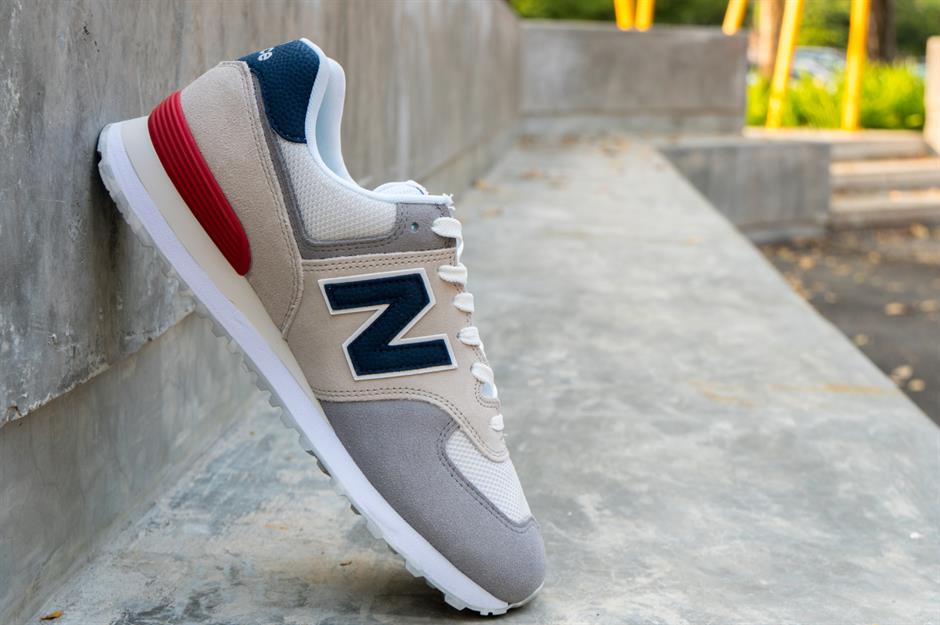 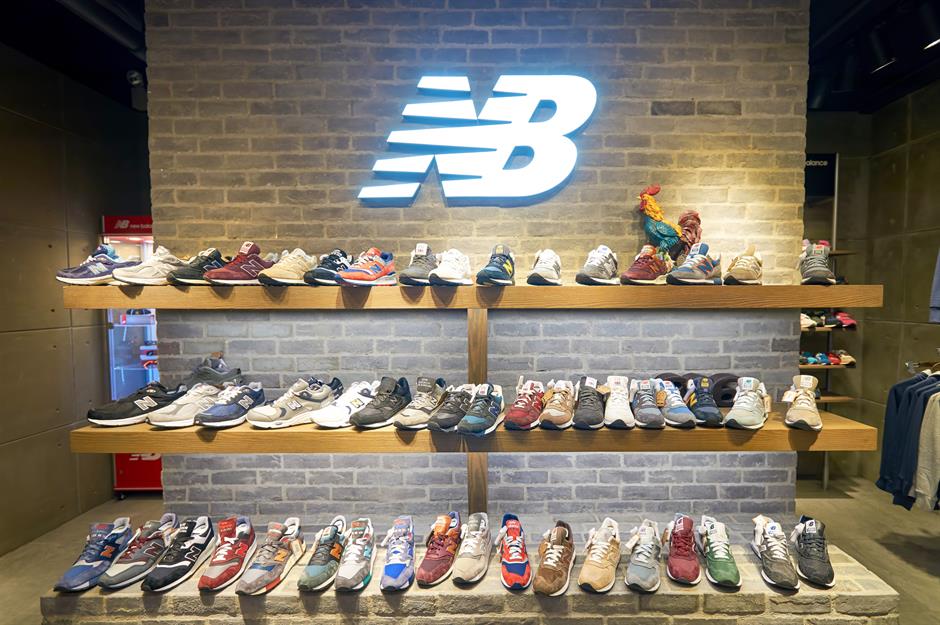 Lawyers for the women said: "Wearing the Toning Shoes provides no additional activation to the gluteus, hamstring or calf muscles, and does not burn any additional calories”. In August 2012, a judge ruled that New Balance would have to pay out $2.3 million (£1.8m) to settle the false advertising claims, with each of the three women who'd launched the case receiving $5,000 (£3.9k). On top of that, anyone who had joined the class action was entitled to a $100 refund for each pair of shoes they had purchased.

When Benjamin Careathers saw a Red Bull advert promising that the energy drink would give him "wings", he decided to put the claim to the test. After consuming the fizzy drink for 10 years and remaining firmly wingless, the American took Red Bull to court for false advertising. Careathers claimed that the manufacturers had deliberately misled purchasers, who bought the drink in the hope that it would give them a competitive edge.

The case never made it to court, as Red Bull was concerned about the bad publicity that it might bring. Instead, it settled for $6.5 million (£5m) with Careathers and allocated a further $6.5 million (£5m) to a fund to which customers who had bought Red Bull between 1 January 2002 and 3 October 2014 could apply for a refund if they also felt they had been misled. The total compensation was supposed to work about to about $10 (£7.70) per person that had drunk Red Bull since 2002. 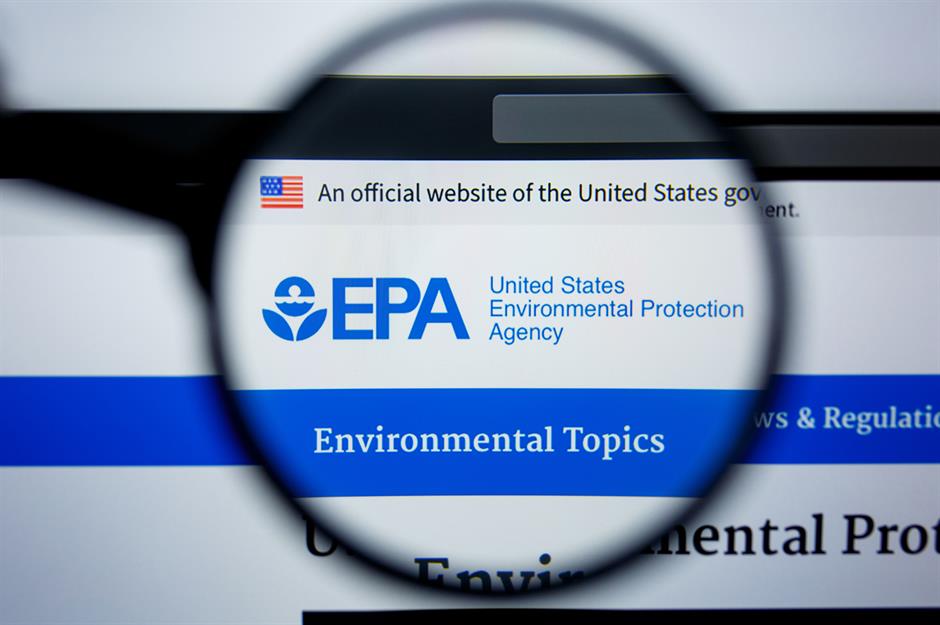 It's a scandal that’s been called “Dieselgate”. In September 2015, America's Environmental Protection Agency (EPA) found that many Volkswagen cars sold in the US contained software that allowed them to “cheat” emissions tests. Unsurprisingly, the lawsuits have come in thick and fast. In 2016, Volkswagen agreed to a $14.7 billion (£11.4bn) settlement in the US when it was discovered that the company had been intentionally cheating its emissions tests, of which up to $10 billion (£7.8bn) would be directly paid back to car-owners through buybacks, repairs and additional compensation. 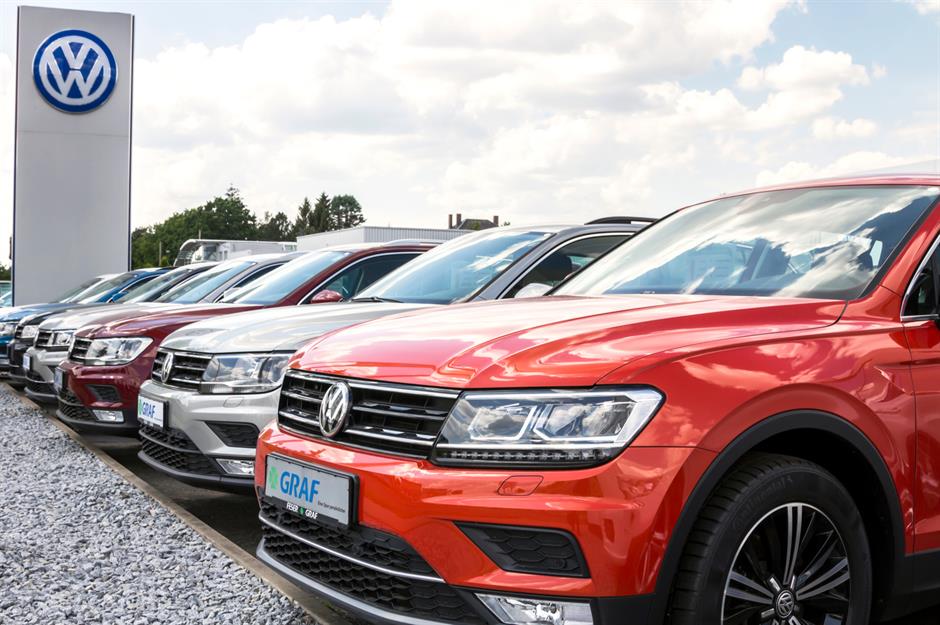 But it didn't end there, and so far the company has paid out more than €31.3 billion ($36.9bn/£28.4bn) across multiple court cases. And that number is set to grow. In May 2020, Volkswagen lost a landmark lawsuit in Germany, with the country's civil court ruling that the automaker must pay compensation to a motorist, which sets the tone for how some 60,000 pending cases by other car-owners will be dealt with. In June, Florida and Utah won an appeal against the car-maker that means it could have to pay more billion-dollar fines in those states. And in August last year, Volkswagen lost its appeal over a UK group action lawsuit, meaning that up to 90,000 car-owners in Britain could be entitled to compensation by 2022. It's now back in court in Germany facing charges of commercial fraud and tax evasion. 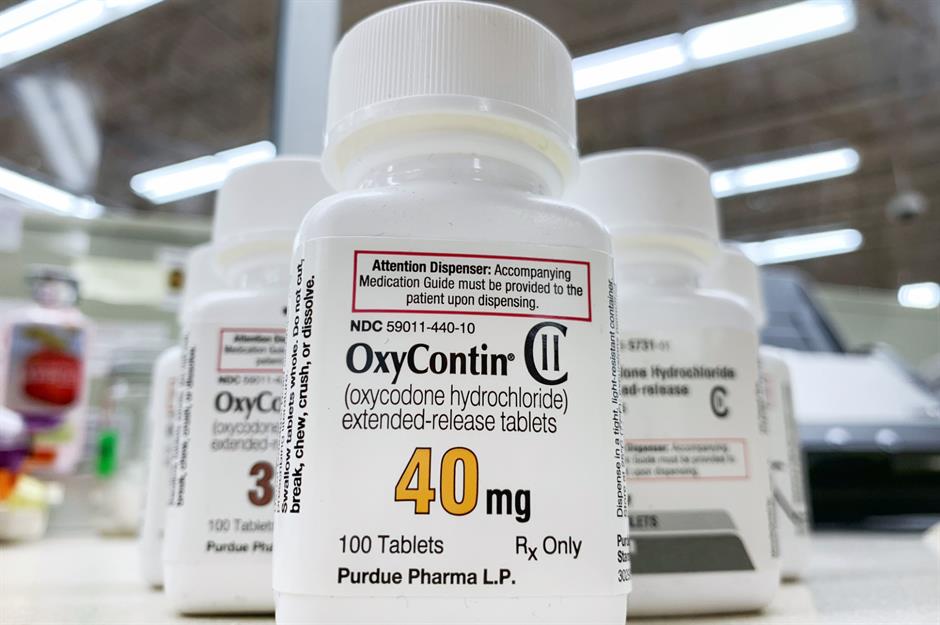 Since 2000, more than 470,000 deaths in America have been attributed to both legal and illegal opioids, and many more people have been impacted through addiction. There have been nearly 135,000 personal injury claims against OxyContin maker Purdue Pharma LP over opioid addiction or overdose deaths, and in March it was revealed that Purdue Pharma's Chapter 11 bankruptcy filing has a $10 billion (£7.2bn) plan that will see it put its profits into trying to help solve America's opioid crisis. This includes around $4.3 billion (£3.1bn) given by the Sackler family, which owns the pharmaceutical giant, that grants them immunity from future claims. As part of this, Purdue Pharma will pay personal injury claimants as much as $48,000 (£35k) out of a dedicated $750 million (£542m) fund. That said, payouts will depend on the level of an individual’s injury or addiction, with the least severe cases receiving an estimated $3,500 (£2.5k). This plan has now been approved by a judge. However, the US Justice Department is appealing the bankruptcy plan's approval. 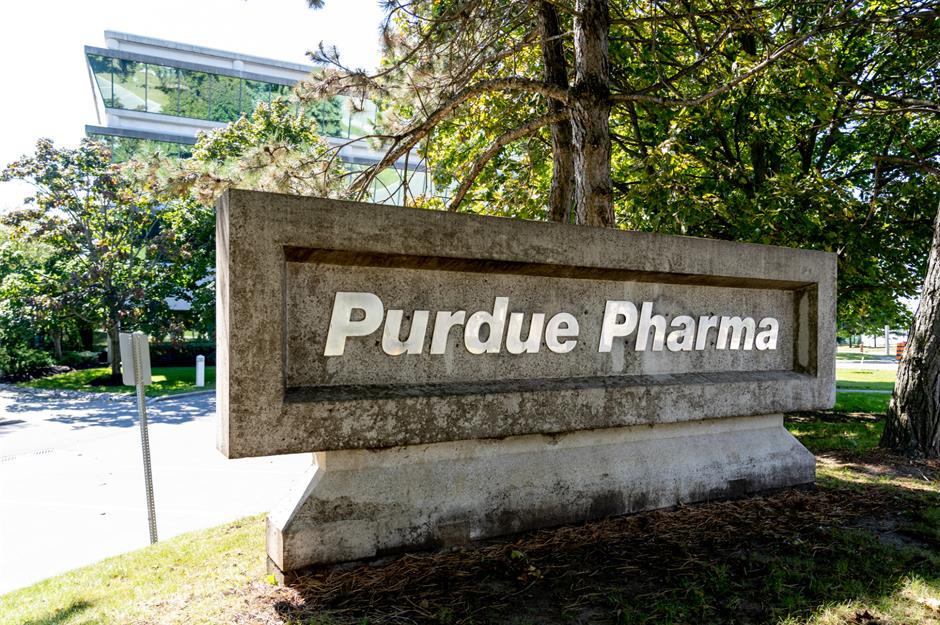 And it's not just personal injury suits that Purdue Pharma has had to face. Cities across America have sued for the cost of medical care for those with opioid addiction, as well as law enforcement costs and treatment for infants born with medical issues linked to the drugs. In February, consulting firm McKinsey became the latest company to be hit with a fine due to it working with Purdue Pharma to boost the company's sales. It agreed to a $573 million (£411.5m) payout to fund treatment and other measures.

Now take a look at the most epic business feuds