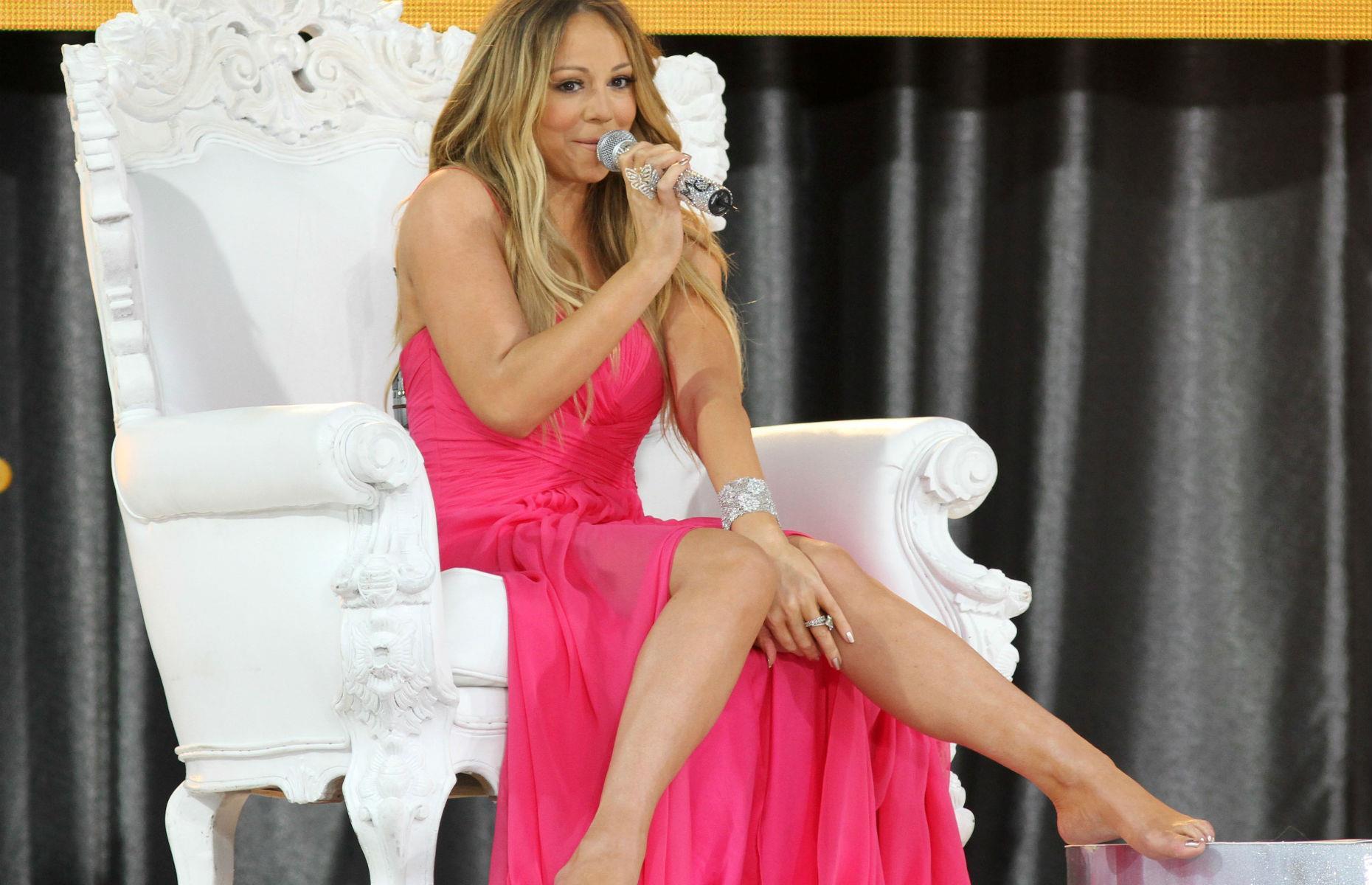 The body parts celebrities have insured for millions

For most of us, insurance is a necessary part of modern life. But for the rich and famous, insurance policies aren't just for houses and cars. Many celebrities also insure their personal assets to protect their careers in the limelight. From legs and breasts to hair and smiles, read on to see some of the most surprising body parts that famous people have insured – for staggering sums of money. All dollar values in US dollars and dollar and sterling figures based on the year the policy was made public.

Starting off our list is Bette Davis' waist, which the actor insured for $28,000 in the 1940s. A small fortune back in Davis' heyday, the sum is equivalent to $543,000 (£390k) in 2021. She insured her tiny waist with Lloyd's of London when she was at the height of her fame, fearing that her career would suffer if she gained weight. It seems Davis would have received hefty compensation if she were ever rejected for casting because of her size.

While the singer has kept relatively quiet about it, Rihanna’s legs are reportedly worth $1 million (£509k). She apparently made the decision to insure her legs after winning Gillette’s Venus Breeze Celebrity Legs of a Goddess award in 2007, making sure she'd be covered if they ever become less 'goddess'-like.

Model and TV personality Holly Madison insured her breasts for $1 million (£614k) in 2011, putting each of them at a value of $500,000 (£307k). As an ex-Playboy mansion housemate, Madison believes that this was a practical decision for her career, stating: "If anything happened to my boobs, I'd be out for a few months and I'd probably be out a million dollars."

Former Disney star Miley Cyrus insured her tongue for $1 million (£665k) following her 2013 VMAs performance. Cyrus began sticking out her tongue in photos to fight her insecurities in front of the paparazzi and has since had a strong attachment to it. She said: “I didn’t know what to do with my face, so I stuck my tongue out, and it became a rebellious, punk rock thing.”

American footballer Troy Polamalu secured the Guinness World Record for the highest valued head of hair in 2010 after insuring his luscious locks for $1 million (£670k). Polamalu, who became a spokesperson for Head & Shoulders in 2010, had not cut his hair since 2000 and it even has its own Facebook group so that fans can show their appreciation. Polamalu then cut off four of his impressive curls in 2013 to raise money for the Veterans of Foreign Wars Foundation.

Rolling Stones guitarist Keith Richards took out insurance on his hands for $1.6 million (£1.1m). Some sources claim that the policy was for both hands while others claim it was only for the middle finger on his left hand, which is apparently crucial to play particular chord patterns.

It isn’t just Playboy bunnies who value their cleavage enough to take out an insurance policy on it. Madonna, the most successful female musician in the world, insured her breasts for $2 million (£1.4m) because she believed that her career would seriously suffer if anything happened to them. 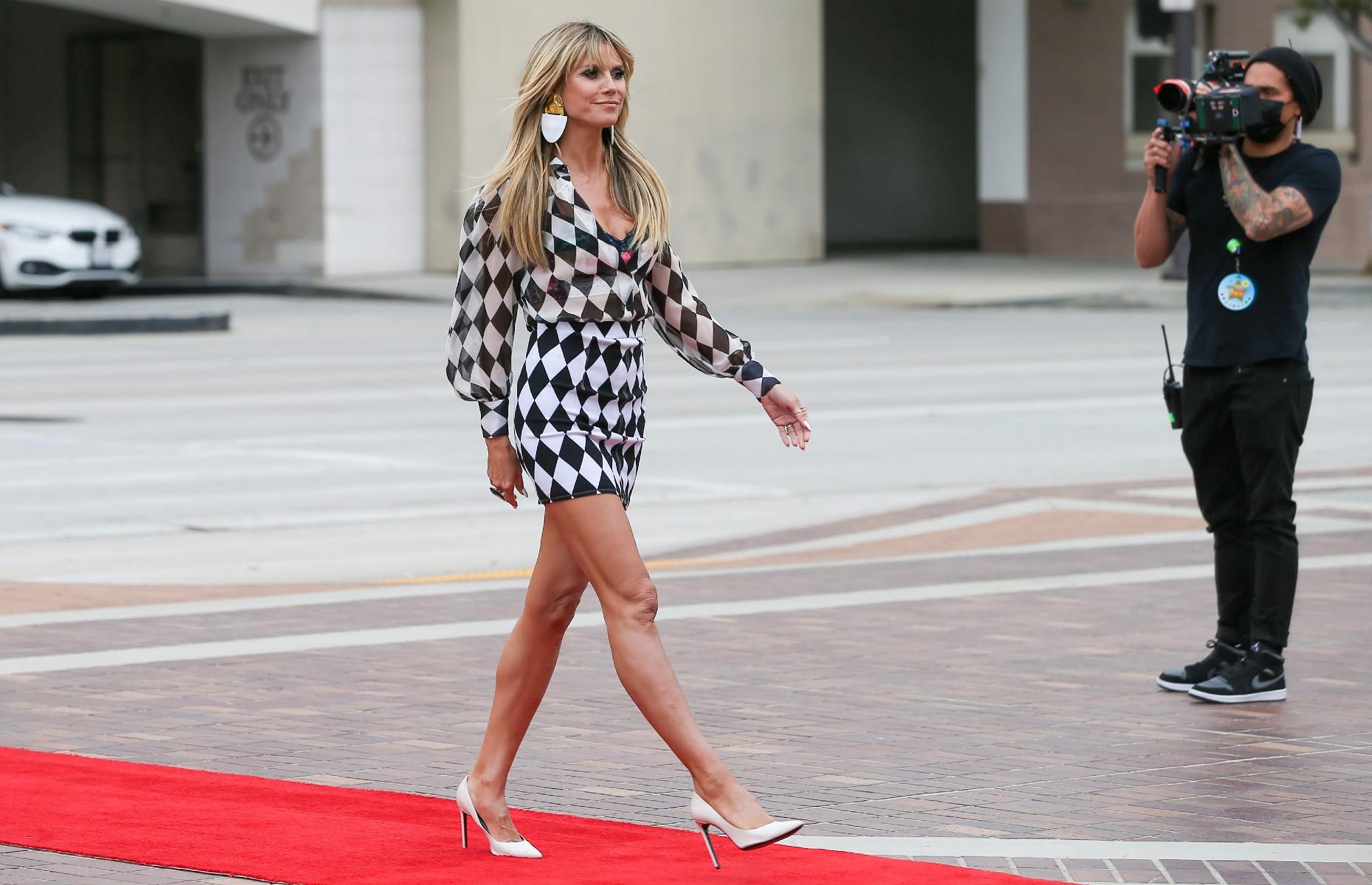 In 2004, supermodel Heidi Klum had her legs insured by a client for $2 million (£1.2m). According to Vogue, Klum had her legs examined on a trip to London and it was concluded that her right leg is worth more than her left, which bares a scar from when she fell on a glass.

Australian singer Kylie Minogue has reportedly valued her bum at the staggering sum of $5 million (£3.6m). When asked why she felt the need to take out the insurance policy, Kylie’s response was: "You never know what the future holds. It could become a pear.”

Lots of people enjoy listening to Bruce Springsteen’s gravelly vocal chords but it probably never occurred to them that they were valued so highly. Back in the 1980s, the singer-songwriter apparently insured his distinctive singing voice for a whopping $6 million (£2.6m).

Welsh singer Tom Jones has long been considered something of a Casanova and it seems his chest hair is all part of his appeal. In 2008, it was revealed that the singer had a $6.9 million (£3.5m) insurance policy on his hairy chest, apparently because so many fans tried to pluck off hairs as a souvenir. Insuring your body parts might seem strange, but in the world of showbiz, clearly It's Not Unusual.

If you thought getting individual body parts insured was strange, then Daniel Craig's whole-body insurance may surprise you. But the James Bond star has good reason for his $9.5 million (£7.2m) policy. When filming Quantum of Solace in 2008, Craig performed many of his own stunts and decided to insure himself against potential injury. The actor had surgery on his ankle after injuring himself during the filming of most recent movie No Time to Die, so his insurance policy was clearly a good move. 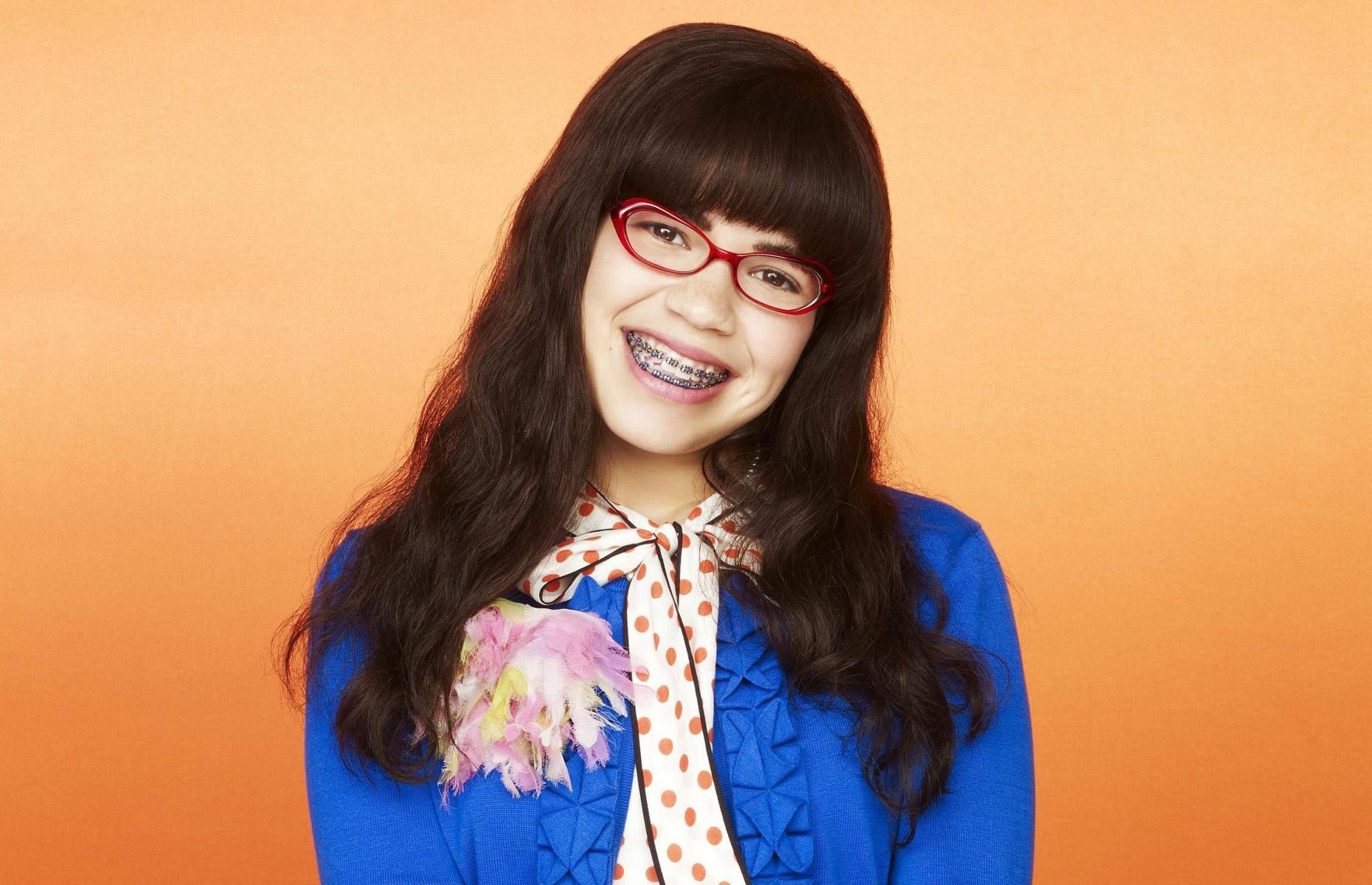 America Ferrera starred as the eponymous Betty Suarez in ABC's Ugly Betty from 2006 to 2010. As part of a promotion for the US Charity Smiles for Success, which provides dental care for women looking to join the workforce for the first time, ABC took out a $10 million (£5.1m) insurance policy for Ferrera's brace-covered grin. The policy expired in January 2008 but protected the then-23-year-old actor's teeth and gums in case of injury.

At the height of his racing career, Formula 1 racer Fernando Alonso apparently insured his thumbs for up to $15 million (£10.9m) with Santander bank. That's $7.5 million (£5.5m) per thumb. Not only are his thumbs essential for driving a Formula 1 car, but they also "represent a sign of victory", according to Santander.

Kylie isn't the only celebrity who's insured her rear end. Kim Kardashian has apparently valued her bum at a hefty $21 million (£15.1m) – and it's not just the insurance policy that shows her concern for her behind. Kardashian also reportedly spends $5,000 (£3.6k) a day to hire a tailor that makes sure her clothes fit her posterior perfectly.

Julia Roberts is one of the highest paid female actors in the world – and her multimillion-dollar smile is iconic. The Pretty Woman star and face of cosmetics house Lancôme has insured her teeth for $30 million (£21.5m).

In 2016, it was revealed that Mariah Carey had taken out a $35 million (£25m) insurance policy on her voice. The superstar reportedly made the decision in case she damaged her voice during her world tour. Carey's five-octave vocal range makes her one of the most versatile singers in the world. It also means her insurance policy works out to a staggering $7 million (£5.1m) per octave.

In a 2019 interview with Ellen DeGeneres, Taylor Swift revealed that she shaves her legs every day but otherwise doesn't wash them, causing a furore among viewers. Considering the singer has them insured for a rumoured $40 million (£25.9m), it's perhaps surprising that she doesn't spend more time pampering them. Swift insured her legs before going on her 2015 tour, in case she sustained an injury that would prevent her from dancing on stage. Although the 11-time Grammy winner has not openly confirmed the rumour, she did post a (since deleted) Instagram photo of a scratch that her cat Meredith left on her leg. The caption read: “Great work Meredith, I was just trying to love you and now you owe me 40 million dollars.”

Irish-American dancer Michael Flatley has insured his dancing feet for $51.8 million (£37.2m). According to Flatley, years of Irish dancing have "wrecked his body" and taking out insurance was a practical solution. This way, if anything happens to his feet or legs, he can still keep his important status as ‘Lord of the Dance’.

Footballer Cristiano Ronaldo is also the proud owner of multimillion-dollar legs. Ronaldo insured his legs for $45 million (£29.9m) each in 2013, protecting his successful sports career from potential injury. This might sound a mind-boggling amount of money, but Ronaldo's legs have helped him score more than 760 goals, an average of more than one goal per game. He's also the jount world record holder for international goals scored after reaching 111 in September 2021. 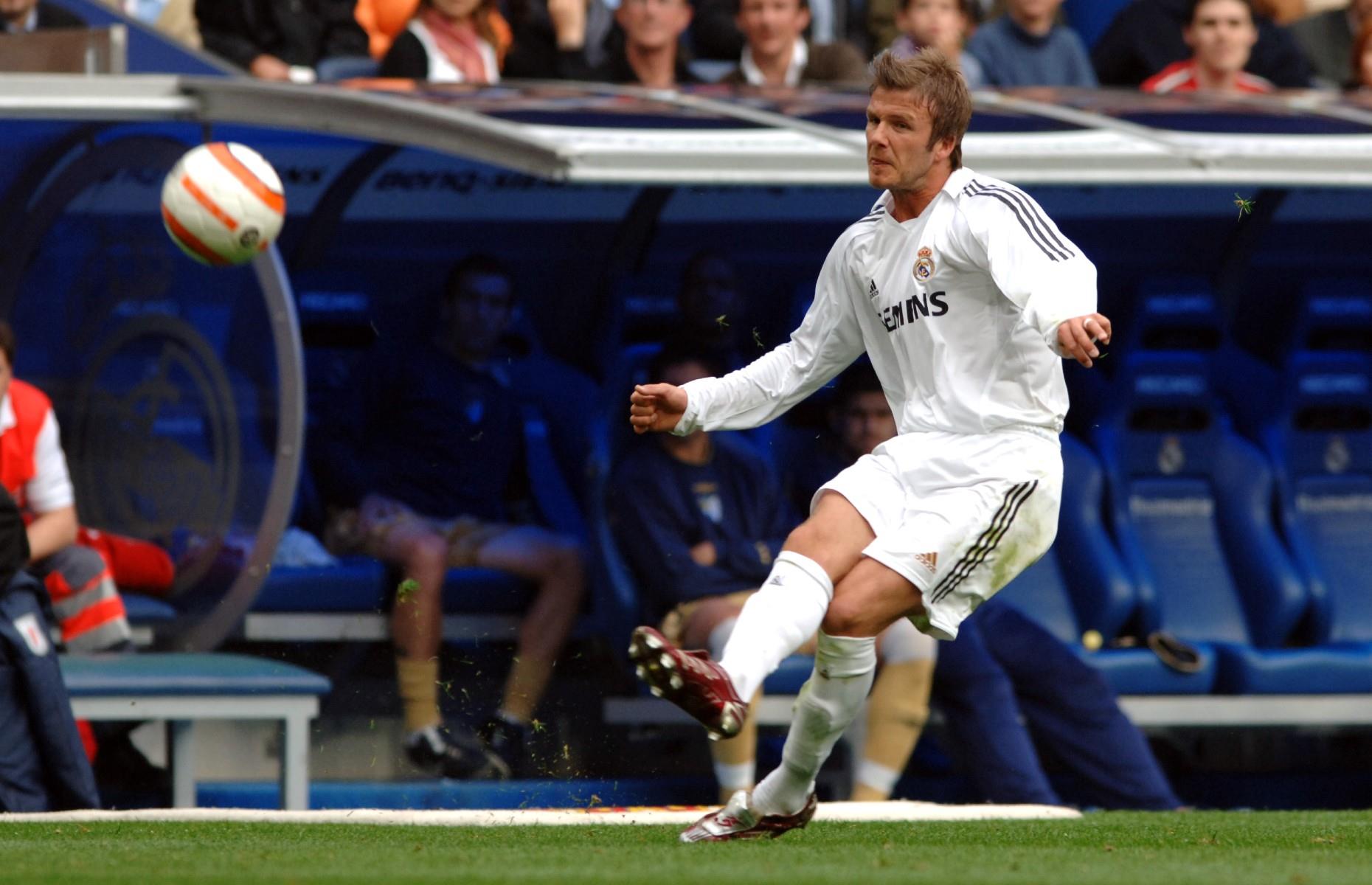 Perhaps one of the few football stars who can claim to be better known than Ronaldo, David Beckham had an even pricier insurance policy for his legs. Bending it like Beckham comes with its risks and the then-England player took out a whopping $195 million (£111m) policy in 2006, the same year he stepped down as the team’s captain following the World Cup in Germany. The deal remains the biggest sports-related insurance policy ever.

Mariah Carey's vocal chords aren't the only body part she's insured. Sitting, or rather standing, at the top of our list are Carey's legs, which the singer has protected for an incredible $1 billion (£718m). A BET channel interviewer reportedly asked the singer about her million-dollar insurance deal for her legs, and Carey allegedly corrected the presenter by saying it was in fact a billion-dollar deal.

Now see the celebrities who give away their millions