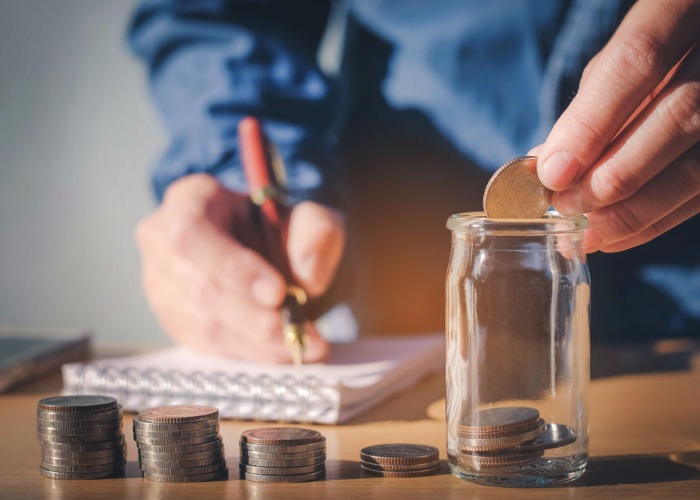 Why do so many of us put ourselves out for money up front but not for bigger savings over a year? Felicity Hannah investigates.

As a species, we are really rubbish at assessing rewards. We just can’t seem to recognise certain longer-term benefits in the same way that we spot short-term gains.

Before you scroll straight to the comments section to berate me, consider this example: if I offered you £50 cash to stand on one leg for five minutes I am pretty sure you’d have a go.

But, when I write articles telling readers that they can save hundreds of pounds a year by doing something that takes just five minutes – such as changing energy supplier or comparing their car insurance – I know that apathy will stop a huge number of them from doing it.

Research from price comparison site GoCompare shows that just 39% of drivers switch car insurance providers at renewal time, even though 58% say they know that insurers save their best prices for new customers.

The number of people switching current accounts is holding up well, with almost 900,000 switches in the 12 months to October, according to the Current Account Switching Service Dashboard.

Yet that number remains well below the number of people switching car insurance. A spokesperson for the website comparethemarket.com said: “There is a tendency among the major high street banks to rely on inertia to retain their market share.”

Once again, apathy helps providers do less for customers.

And a recent report from digital banking service B has shown that we waste billions of pounds a year because we don’t cancel regular payments.

It found that one in eight people have monthly payments coming out of their accounts for subscriptions and services they no longer use. A third of those users say that they can’t be bothered to cancel them.

That’s even more unfathomable! Disregarding potential savings is one thing, but a hand reaching into your current account and taking money you have actually earned is surely hard to ignore!

Why is it so much easier to respond to a £50 upfront incentive but not the prospect of savings hundreds of pounds over a year?

I decided to ask the people who know: marketers who specialise in understanding behavioural psychology. After all, it’s their job to understand and influence the elements that make us behave the way we do.

You could even switch current accounts today. Compare top deals with loveMONEY

Matthew Ellison, head of planning and insights at The Shopper Agency, says it’s not just financial situations, we behave this way all the time.

“We’re hardwired to prefer short-term reward over long-term gain,” he argues. “The age-old Stamford ‘Marshmallow Experiment’ demonstrates from an early age that when given a choice we are more inclined to choose instant gratification rather than a bigger reward in the future.”

In that experiment, children were offered a choice between a small immediate reward – a marshmallow – or a larger reward if they waited 15 minutes. Just a third of the kids involved in the original experiment lasted the full quarter of an hour.

“When it comes to consumer or shopper behaviour, emotion overrides rational thinking, for example, we all know the long-term negative health impact of high fat and high sugar foods – yet despite this, when it comes to snack time most (though not all) people would choose a chocolate bar over an apple.”

Ellison suggests that people may be even more willing to grab the marshmallow immediately, so to speak, when it comes to finances.

He concludes: “A cynicism towards businesses (particularly those involved in financial services) may lead people to think ‘Will I actually save that in the long-term? I’d rather take the money now’.

“This is likely to become more pronounced in the future, as technology is fuelling our expectations for immediacy. Added to that, the decade of low interest rates with inflation running higher, has taught us that money today is worth more than it will in a year’s time. Best get spending.”

Philip Storey, who runs the marketing agency Enchant, agrees that we’re becoming less able to wait, even for a larger reward, making us more likely to disregard longer-term savings.

“We are innately not wired to wait. We’re hunter-gatherers as a species, so we are wired to grab what we can.

“Really, we just want the reward now and we have a lack of patience that the way we live is accelerating. We can access pretty much anything within five seconds online and that’s changed our expectations.

“It doesn’t suit our lifestyles anymore to wait for a long-term reward.”

Too much pain, too little gain

Guy Shone, CEO of the economic research group Explain the Market, thinks that my example of £50 in the hand versus hundreds of pounds saved over a year doesn’t quite do justice to people’s busy lives.

“Context is really important,” he argues. “If you isolate the switching decision then it seems illogical not to make a few minutes effort for financial benefit. But that isn’t how real life works. We lead busy lives and simply often have many more things that win our attention and capture our limited time to get things done.

“Behavioural economists often cite how irrational human beings can be. Plenty of research shows how we can all discount future benefits in favour of apparent pay-offs today.

“Social scientists also refer to a similar phenomenon called Neuro-Associative Conditioning – highlighting how people stay stuck when they instinctively evaluate the pain associated with changing as being greater than the imagined benefits.

“When it comes to switching bank accounts it seems that millions of us simply feel that the hassle of switching outweighs the benefits we are likely to feel anytime soon. This effect is made worse by the fact that there is so little difference between what banks offer us.

“Despite clever marketing, most banks offer something very similar. There is such a lack of genuine competition in the market and the public isn’t stupid – they can see beneath the rhetoric. They know that unfortunately, they will be switching to something very similar and rightly ask ‘why bother?’”

As a financial journalist, I see a lot of financial hardship and feel that if more people were more constructive over their bills they would be in a better position.

But perhaps apathy is the wrong word and cynical – or busy – would be more appropriate.

However, with incomes tight and inflation rising, I know that the long-term rewards of switching and saving will be necessary to many households.

I think we need to get better at waiting for the second marshmallow and set aside the immediate gratification of not dealing with our finances in favour of the longer term reward of getting our household bills under control.

What do you think? Could providers do more to encourage us to switch and save? Is it just up to the individual to take responsibility? Have your say using the comments below.

If you're fed up with your energy supplier, you can compare deals and switch right now